BREWERY “HOPP”ENINGS:  Bushwakker Head brewer, Michael Gaetz, reports that our seasonally available Hefeweizen, SUMMER WHEAT, is on tap and in our offsale! Our brand new PASSION-BERRY (Passion Fruit & Raspberry) fruit beer is also available as is our KAI’S MUNICH HELLES. In addition to taking our beer home in glass bottles and 2 litre jugs direct from our pub, you can find a varying selection of 650 ml bottles of Bushwakker beer in a number of REGINA SLGA stores. 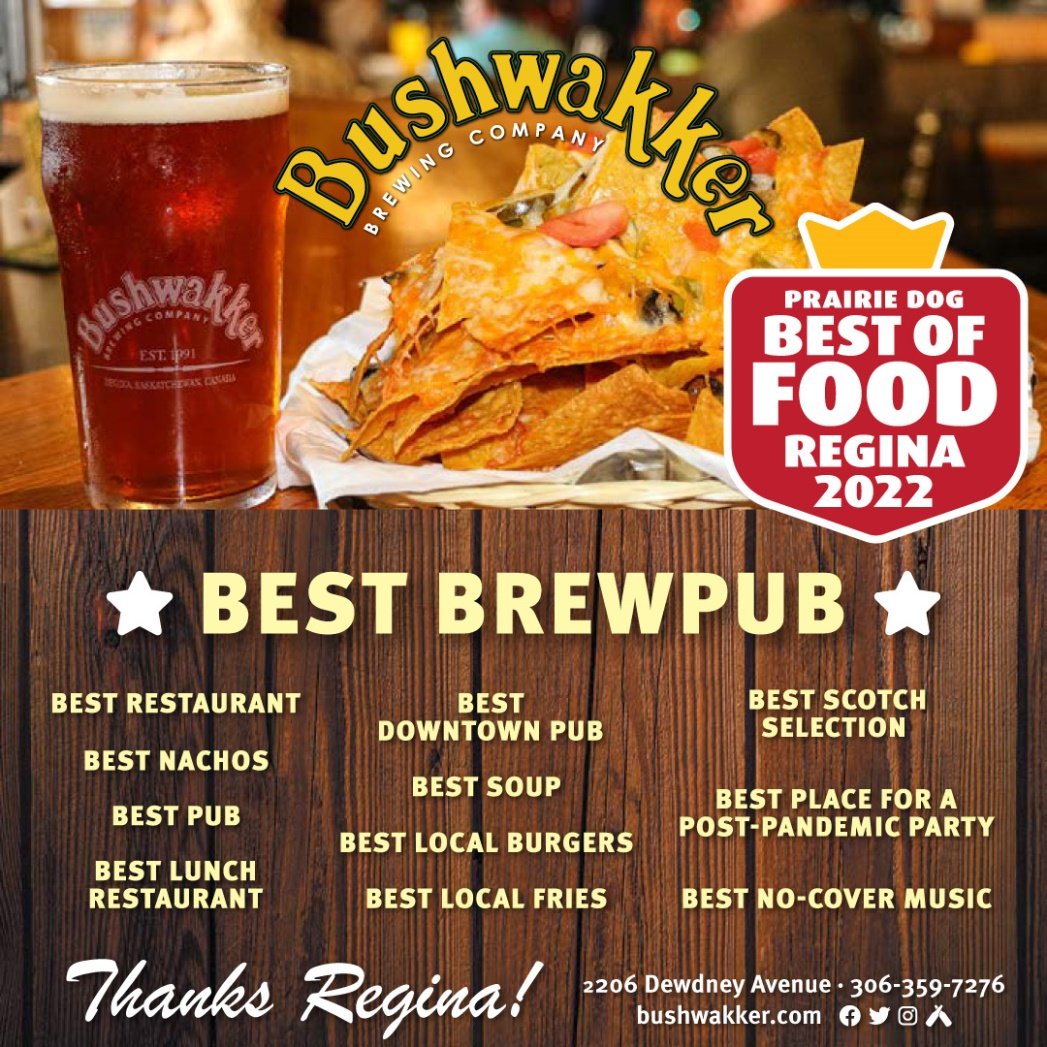 Thank you Regina! Of the dozen wins we received in the 2022 Best of Food Regina Awards, the BEST REGINA BREWPUB category was a huge one! Seeing the efforts of both our talented kitchen and our brewery teams being acknowledged is very gratifying. A brewpub is different from a microbrewery in that a brewpub is defined as being a restaurant with its own in-house attached brewery. The vast majority of a brewpub’s beer is consumed by the patrons within its restaurant. Although we offer our beer for take home from our small offsale cooler at the end of the bar and in a few SLGA stores, you won’t find Bushwakker beer scattered across the province. Consuming beer close to its source of production is ideal. Fresh is best!

Our SASK CRAFT GUEST TAP is currently pouring a BLACKBERRY BLONDE ALE from Saskatoon’s High Key Brewing. Next up is a WATERMELON RADLER from Regina’s Malty National Brewing. This will be followed by the SALT SHAKER GOSE from Nokomis Craft Ales.

JULY PREMIUM WINE FEATURES This month’s wine features are summer-inspired lighter offerings.  From Canada – JACKSON TRIGG’S LIGHT (8.0% ABV) WINES. The red is a Light CABERNET SAUVIGNON and the white is a Light PINOT GRIGIO.  Both are available at the lighter price of only $6.95 for a glass and $19.95 for a half litre. 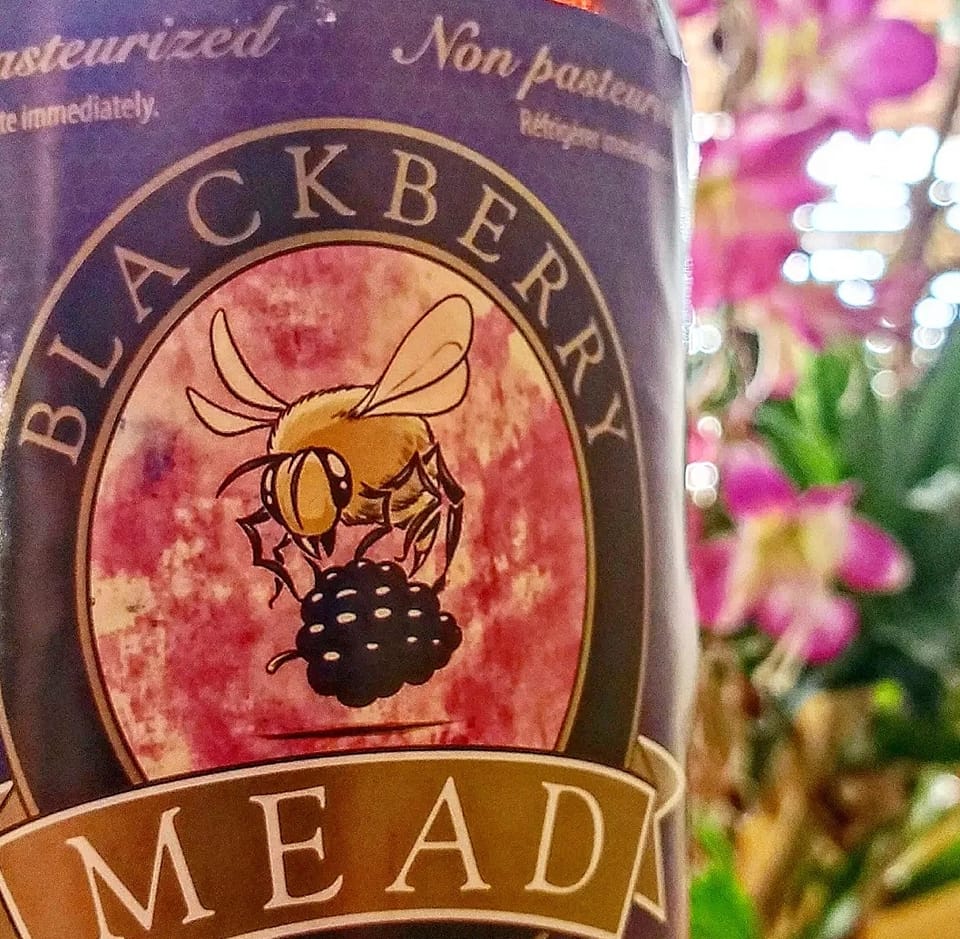 Our summer Blackberry Mead Release is in full swing! Much thanks to the many summer tourists who have stopped by this month to pick up some bottles of our famous mead. 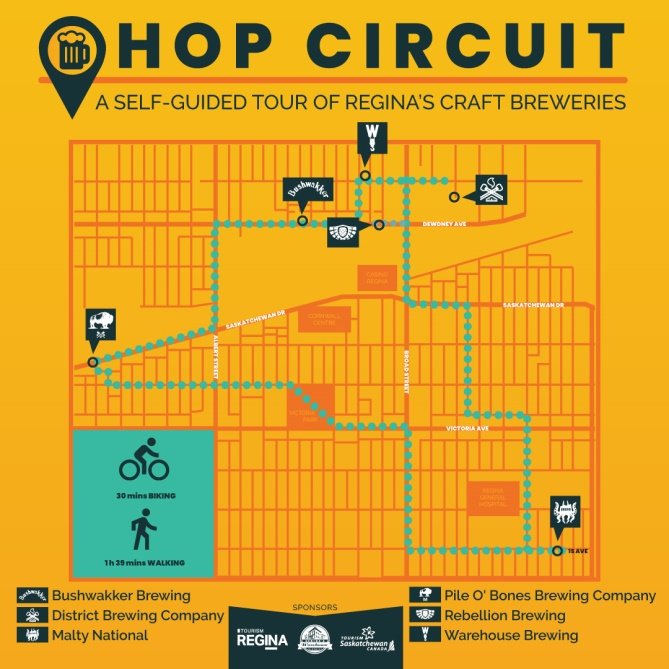 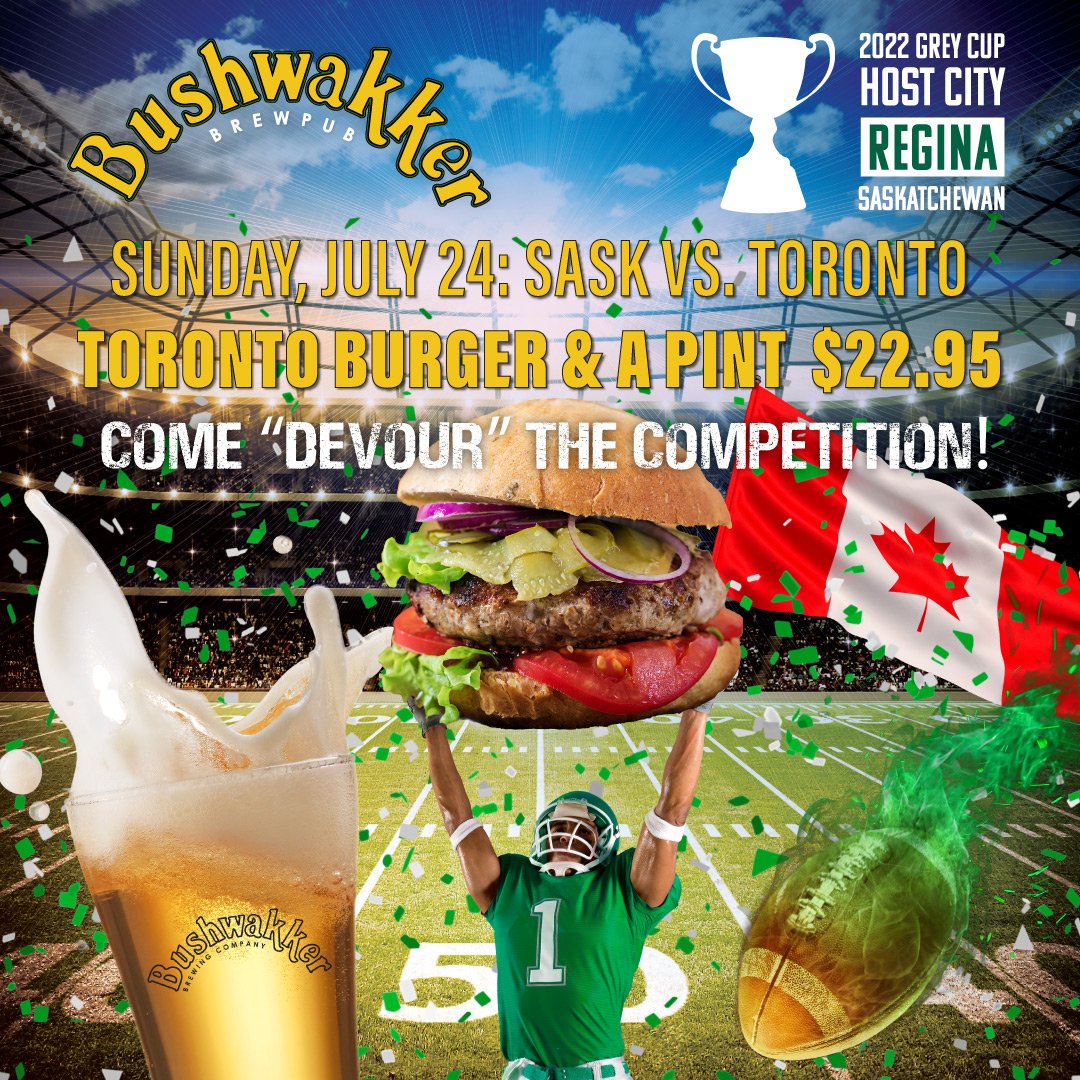 July 24:  RIDERS VS ARGONAUTS. GAME POSTPONED UNTIL SUNDAY! We will open Sunday at noon. Kickoff is at 5:00 PM. Be sure to stop by before the game and enjoy our gourmet TORONTO BURGER & A PINT SPECIAL. Come “devour” the competition! 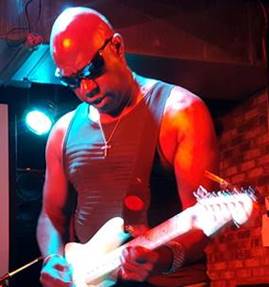 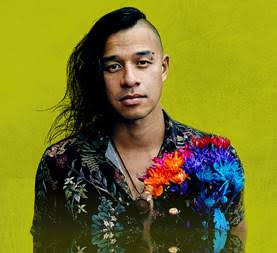 A Seismic Shift in Craft Beer

From The Beer Connoisseur 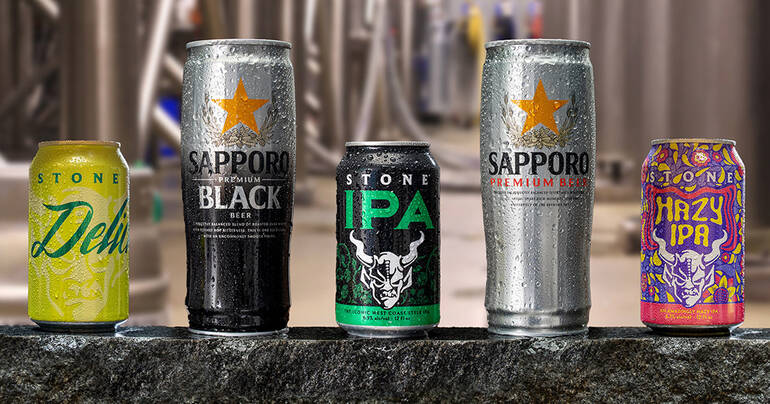 Stone Brewing Co. in Escondido, California is among the most recognizable names in craft brewing. Their evangelizing about hoppy beers and use of striking marketing materials (such as spicy beer names like Arrogant Bastard, Sublimely Self-Righteous and Ruination) have made them a favorite of craft beer fans for years.

Late last month, Stone announced that they were being acquired by Sapporo U.S.A., makers of the number one-selling Asian beer brand in the U.S.

This marks a seismic shift in the craft brewing landscape, as Stone – and especially its founder Greg Koch – has long been a loud voice in espousing the main values of craft brewing: independence, quality and community over all else.

Following on the heels of a successful lawsuit against Miller Coors due to the branding of the latter’s Keystone Light beer, Stone once again made major headlines with this sale.

Stone joins two other top 10 Brewers Association craft brewers in being sold to a parent company that is based in Japan: both New Belgium Brewing Co. and Bell’s Brewery were acquired by Lion – an Australian subsidiary of Japan-based Kirin Beer.

Beyond those, Sapporo U.S.A. previously acquired craft beer pioneer Anchor Brewing Co. in 2017. Both Anchor and Stone are widely regarded around the world as important innovators of hoppy beers and IPAs throughout the rise of craft beer and brewing.

“We approached Stone Brewing seeking a partner for our growth plans in the U.S, and we quickly recognized they were an ideal partner with bi-coastal brewing capacity, loyal fans, superb management, shared cultural values, and commitment to the highest quality standards,” said Kenny Sadai, Chairman of Sapporo U.S.A. in a statement. “This acquisition puts the resources and legacy of the largest Asian beer brand in America together with one of the most innovative and recognized craft beer brands in the world. It’s a perfect fusion of east meets west that is an ideal marriage for Sapporo’s long-term growth strategy in the U.S.”

Despite the sale, Stone will retain its branding, workforce and management in what is hoped to be a rather seamless transition by both companies.

“This is the right next chapter for Stone Brewing,” said Greg Koch, Co-Founder & Executive Chairman of Stone Brewing, in a statement. “For 26 years, our amazing team has worked tirelessly to brew beers that have set trends and redefined expectations. To have the interest of a company like Sapporo in continuing the Stone story is a testament to the great beers we’ve created and will continue to create for our fans across the globe.

Koch has long been a major figure in the craft beer industry.

“I am thrilled that we have the opportunity to join forces with Sapporo,” said Maria Stipp, CEO of Stone Brewing. “This unique partnership allows us to preserve the Stone legacy that our fans know and love and will add exponential opportunities for growth, from production to more investment in people, equipment, sales, and marketing.”

Stone Distributing Co. is not part of the sale and will become an independent company under the same ownership and management.

A wife was in bed with her lover when she heard her husband’s key in the door. “Stay where you are,” she said. “He’s so drunk he won’t even notice you’re in bed with me.” Sure enough, the husband lurched into bed none the wiser, but a few minutes later, through a drunken haze, he saw six feet sticking out at the end of the bed. He turned to his wife: “Hey, there are six feet in this bed. There should only be four. What’s going on?” “Nonsense,” said the wife. “You’re so drunk you miscounted. Get out of bed and try again. You can see better from over there.” The husband climbed out of bed and counted. “One, two, three, four. You’re right, you know.” 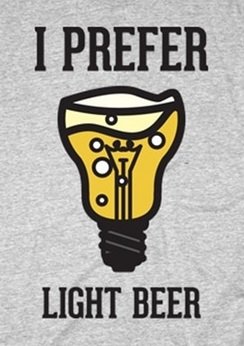 As do many in this scorching Saskatchewan summer heat!