BREWERY “HOP”PENINGS! Bushwakker Head brewer, Michael Gaetz, reports our Red Currant Ale and Chinook ESB seasonal brews are currently available! He has a brand new Tart Cherry & Raspberry fruit beer offering which will be in our offsale cooler on Friday, April 23rd. There are also many other year round beers in our offsale cooler. Keg fills are also available at this time. Sorry no growler fills. 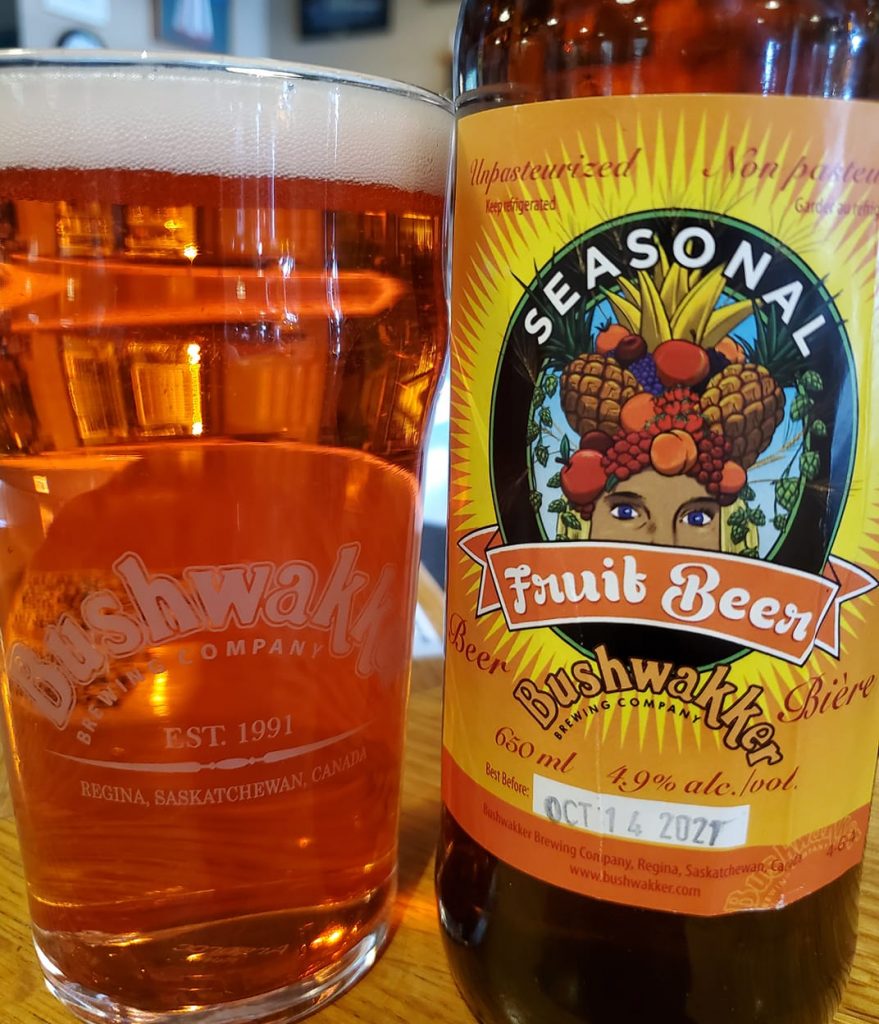 Our limited edition RUBY RED RASPBERRY CURRANT ALE was a huge hit and sold out in just a few days. Our new upcoming fruit beer is TART CHERRY & RASPBERRY ALE!

The new Bushwakker Online Ordering Page will soon be activated on our website! Soon you will no longer need to speak to us on the phone anymore when you’re craving a Wakker snack. (Although we do quite enjoy chatting with you all.) You’ll be able to order everything from our food menu as well as offsale Bushwakker brews and even select the time you’d like to pick up your order up. Stay tuned!

APRIL OFFSALE PREMIUM WINE FEATURES. The red is Felicette Cats In Space Grenache from France. Raspberry and plum aromas, medium-bodied on the palate, soft and juicy. The white is Kona Pinot Gris from New Zealand. Fruit-driven yet balanced with gentle acidity. 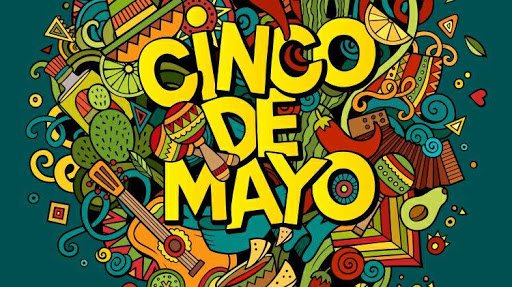 Chef Mike has been busy preparing for a special four day CINCO DE MAYO Event. Get set to enjoy some delicious Mexican-style cuisine from Wednesday, May 5th to Saturday, May 8th.

In addition to taking our beer home in glass bottles and 2 litre jugs direct from our pub, you can find a varying selection of 650 ml bottles of Bushwakker beer in ALL SIX REGINA SLGA stores. 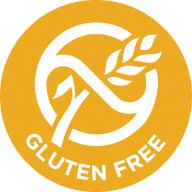 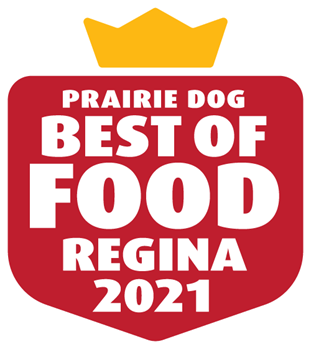 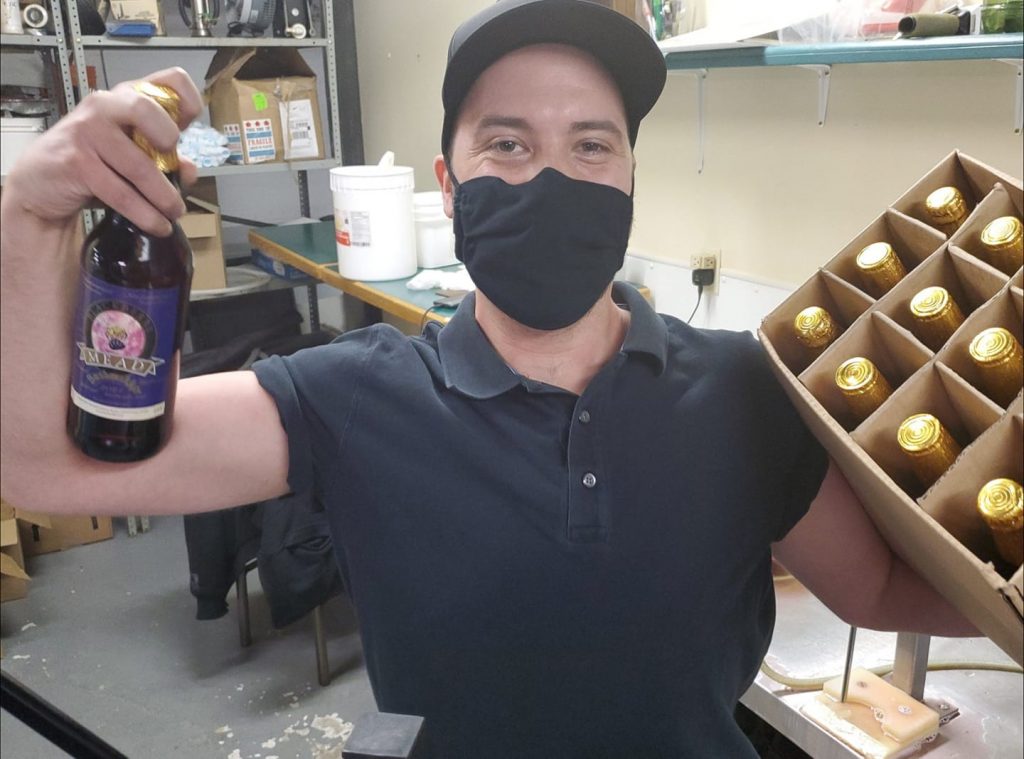 Who needs a fancy-schmancy automated canning machine when you have Steven working the packaging end in your brewery? He had a record bottling day earlier this week when he filled 480 – 650 ml bottles of Bushwakker Blackberry Mead in just one shift! Those mead bottles now head to the mead aging cellar awaiting their December 4, 2021 release.

Our Hours of Operation changed on Monday, March 29th! In late March the provincial government announced that Regina restaurants will be reduced to takeout only. We offer our takeout food and beer Monday to Saturday from 11:30 AM – 7:00 PM. We are closed on Sundays for now. Call 306-359-7276 to place your orders.

We kindly ask you place your takeout orders ahead of time by calling us at 306-359-7276 so that we can have your order ready upon your arrival. There is no seating available within the pub but we have placed various physically-distanced X’s throughout the pub where you can wait for your order. Just stand on a red “X” and we will inform you when your order is ready. We also can provide curbside pickup. Just let us know when you will be arriving at out back door and we’ll run it out to you. Thank you for your understanding and continued support.

Please continue to practice safe health and social distancing practices. Remain connected to one another and to us! In addition to this weekly newsletter, we are very active on Facebook, Twitter and Instagram. Check-in with us often as we navigate these continually evolving times together. Try to support local businesses whenever possible. Be vigilant in your resolve to protect yourselves which in turn will protect others. Please don’t let your guard DOWN so Regina can open back UP!

How the gonzo mashup of a White Russian and a Piña Colada became a Gulf Coast sensation.

On April 20, 2010, at 7:45 p.m. local time, the Deepwater Horizon drilling rig exploded, spilling 210 million gallons of oil into the Gulf of Mexico. Eventually, the spillage coated beaches in black sludge as far away as Orange Beach, Alabama. In June of that year, President Barack Obama visited the region to assess the damage and meet with locals. He stopped at Tacky Jacks, a waterfront staple, where he dined on crab claws and crawfish tails and drank a cocktail called the Bushwacker.

“The president might not be able to suck the oil spill up with a straw, but I bet he gets all the whipped cream,” cracked the conservative National Review, referencing a photo of the president enjoying the dessert-like drink, composed of dark rum, coffee and chocolate liqueurs and coconut cream.

As it turns out, Obama’s drink order was quite a politically savvy move—the boozy milkshake-adjacent beverage is beloved along the entire Gulf Coast, as ubiquitous as a Margarita or Daiquiri. Yet, its origin story begins more than 1,500 miles away in St. Thomas in the U.S. Virgin Islands.

It was the spring of 1975 when bartender Angie Conigliaro of the Ship’s Store combined vodka with Kahlúa, crème de cacao, Coco Lopez, whole milk and a splash of triple sec, blended the whole mixture with ice, and topped it with a hit of freshly grated nutmeg. “The concoction was originally thrown together by Angie at my suggestion as a tropical variation to the White Russian,” claims Tom Brokamp, who was bar manager at the time. However, Conigliaro would go on to pitch the drink to tourists as a sort of “kick butt” version of a Piña Colada.

It was an instant hit, but the name came later—only after two flight attendants on a layover visited the bar with their traveling dog, an Afghan hound called Bushwack. The two men enjoyed the drink so much that Conigliaro honored them (and their beloved pooch) by dubbing the drink the Bushwacker. “Had it not been for Angie’s single-handed efforts, the drink would have soon been forgotten in a blurry hangover,” says Brokamp.

Instead, the drink thrown together on a lark would go on to captivate an entire region of America, leaving a string of skullduggery and legal battles in its wake.

Linda Murphy (née Taylor) was visiting a girlfriend in St. Thomas in 1977, and quickly fell for Conigliaro’s cocktail while sitting by the pool at Sapphire Village, home of the Ship’s Store. Back in her hometown of Pensacola Beach, Florida, where she was a manager and bartender at the Sandshaker Lounge, Murphy started playing around with her blender in an attempt to recreate the drink. She tweaked the recipe, replacing the vodka with the more tropical-leaning Mount Gay Rum and adding a swirl of chocolate syrup, topping it with whipped cream and a cherry. It was an instant hit with locals.

“The more profit it made, the more money I made,” explains Murphy, who had a profit-sharing contract; every Bushwacker sold boosted her bank account. Murphy and the Bushwacker would quickly turn the Sandshaker from a “nothing little bar into a go-to spot,” hosting a diverse crowd of beach bums, lawyers, oil field workers, and servicemen in the Coast Guard and Navy. Murphy’s spin on the St. Thomas original was selling so briskly, in fact, that she was blowing through blenders and eventually upgraded to a 20-gallon frozen drink machine. By the 1980s, her version of the Bushwacker had taken off—and profiteering copycats were close behind.  READ MORE

TIME OUT– 10 Final Strange Things to Take Your Mind off of Politics, Pandemic and a Dull Day (unsubstantiated)

By raising your legs slowly and lying on your back, you cannot sink into quicksand.

Celery has ‘negative calories’. It takes more calories to eat a piece of celery than the celery has in it to begin with.

Chewing gum while peeling onions will keep you from crying.

An old law in Bellingham, Washington, made it illegal for a woman to take more than three steps backwards while dancing!

The glue on Israeli postage stamps is certified kosher.

The Guinness Book of Records holds the record for being the book most often stolen from public libraries.

Astronauts are not allowed to eat beans before they go into space because passing wind in a spacesuit damages the suit. 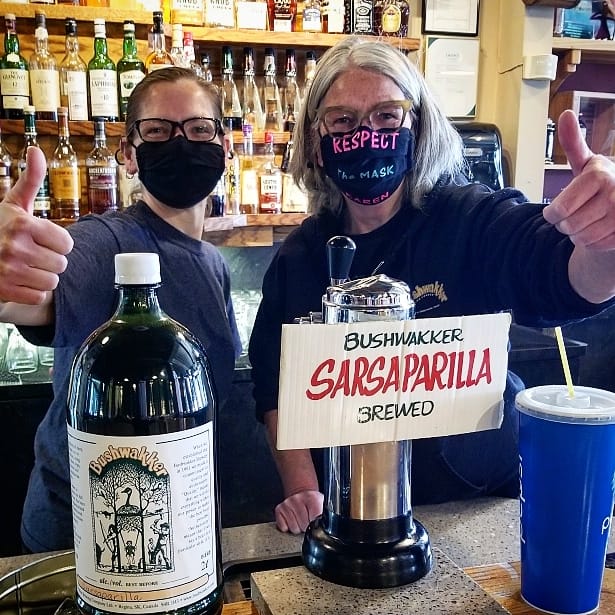 Another batch of our Sarsaparilla will soon be ready! It is a non-alcoholic, intense, licorice-like, root beer-flavoured creation! Think of it as the Russian Imperial Stout of soda pop! Will be available in 2 litre bottles or in a Go-Cup. Thanks for your enthusiastic support everyone!