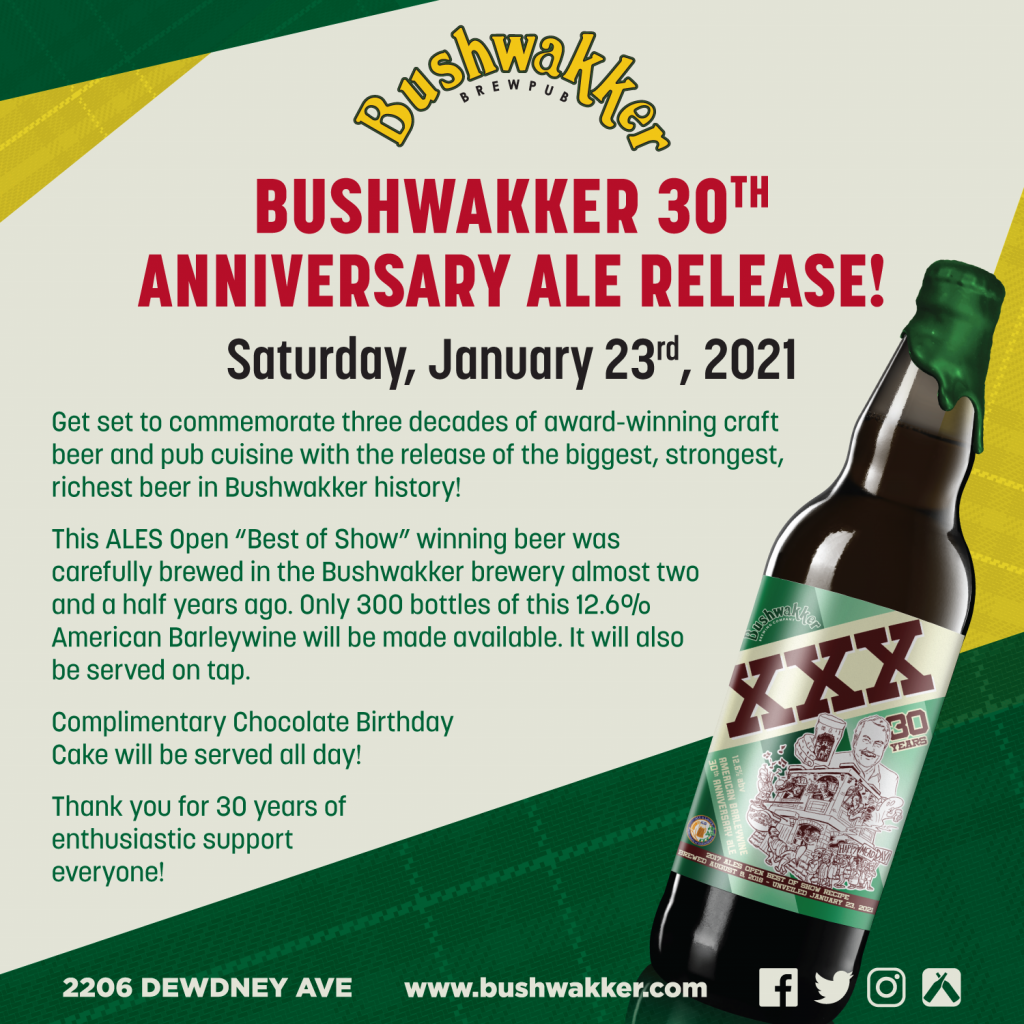 Beer Collectors Alert! The biggest beer in Bushwakker history will be released on Saturday, January 23rd at 11:00 AM sharp to commemorate our 30th Anniversary! A powerful brew sealed with wax to facilitate some further aging if you have the discipline!

This weekend’s Special Dining Feature for January 8th and 9th  is a 10 oz RIBEYE STEAK for $25.95. Our Saturday CLASSIC STEAK & A PINT SPECIAL for $21.95 will also be available. 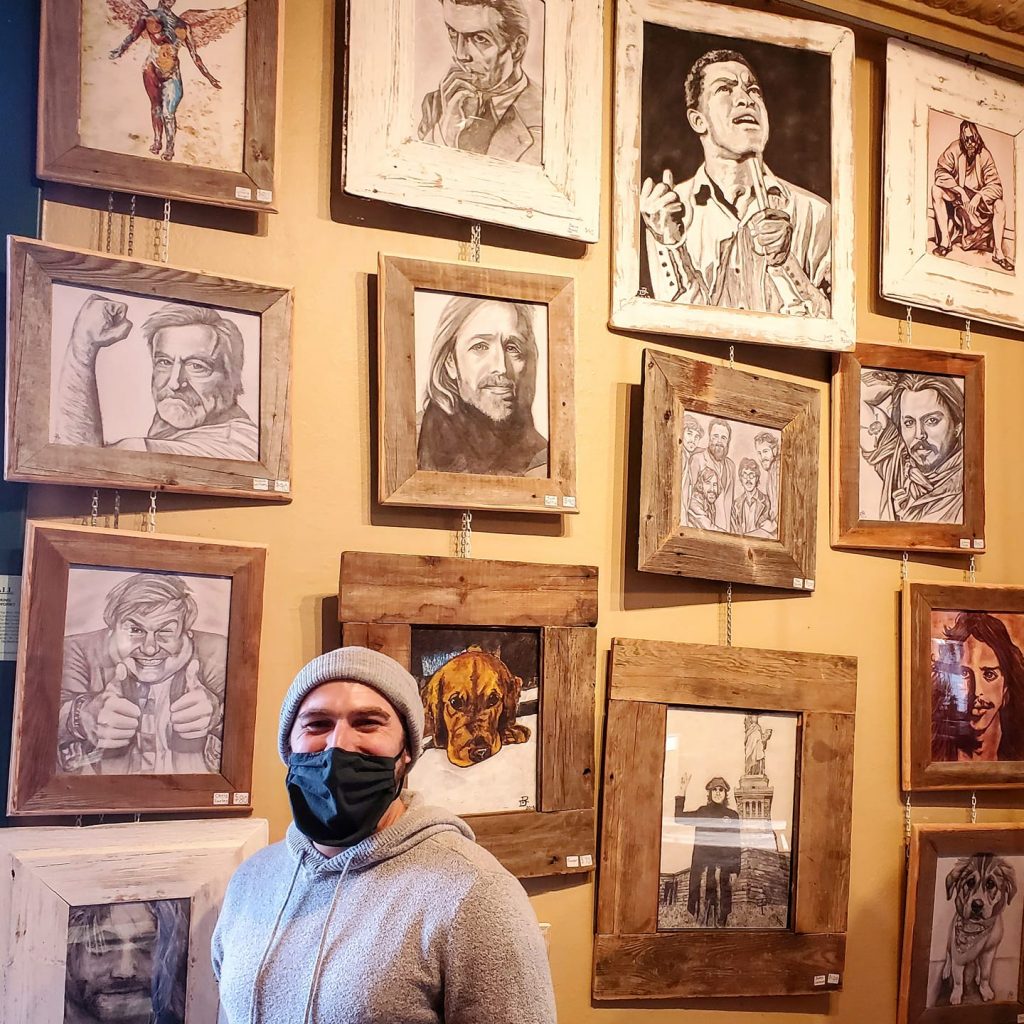 The BUSHWAKKER LOCAL ARTISTS WALL January featured artist is DUSTIN RITTER. His artist bio is as follows: My name is Dustin Ritter. I am a visually impaired artist with macular dystrophy. I got back into drawing for therapeutic purposes in 2018 and have done over 250 commissioned portraits in that time. I frame these portraits with handmade reclaimed barn wood picture frames. I use 100 year old barn wood salvaged from my parents’ farm in Southey and old elevator wood from Cupar. In 2020 I started a job at Papercrane Community Arts Center as an art instructor and have created a number of murals with clients who have special needs. I also do live portraits and caricatures for special events. I’m open for commissions and am happy to try my hand at any request. Enjoy Dustin’s engaging works all this month! 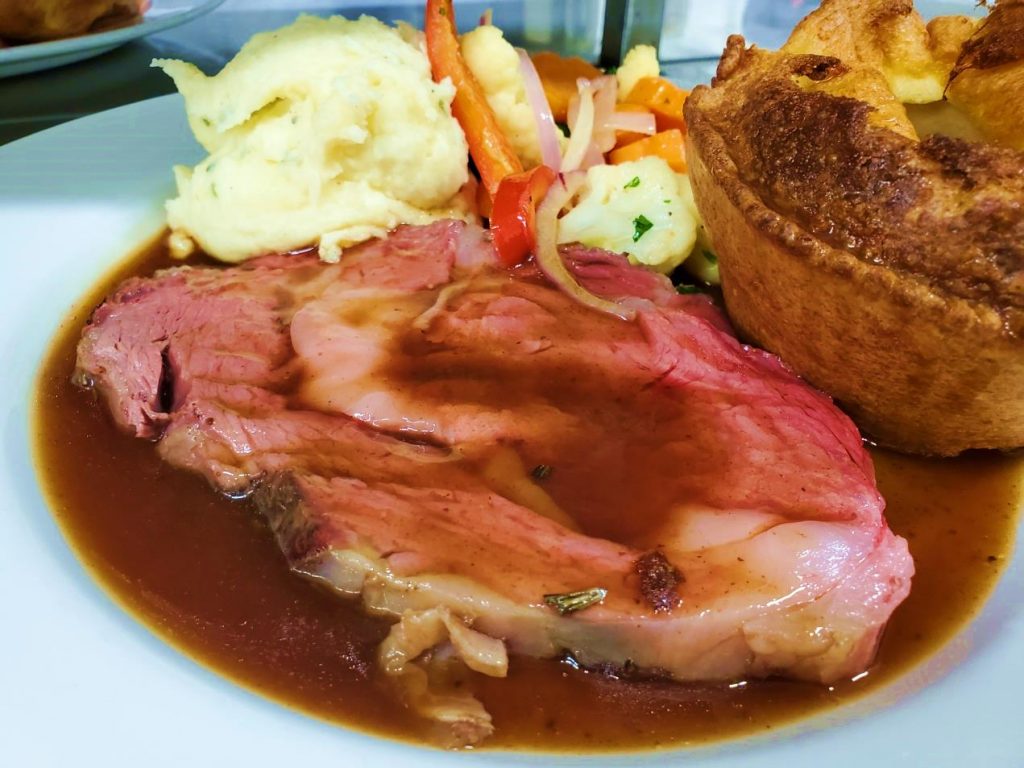 Chef Mike’s AAA Black Angus Prime Rib was a huge hit this New Year’s Eve. Many of you have been asking if there will be any more Prime Rib Weekends this winter. We will most likely see this popular dish again before the spring…stay tuned!

The thirst for a new kind of beer continues to grow in Saskatchewan.

The province’s craft beer sector has grown steadily in recent years and one brewer says it is not done expanding yet.

“We just view it as nothing but untapped potential, especially for Saskatchewan,” says Mark Heise, president and chief executive officer of Regina’s Rebellion Brewery, now the largest producer of craft beer in Saskatchewan.

The growth trend for the craft beer sector has proved to be true not only in Saskatchewan but across the country.

While the majority of these brewing facilities are in Ontario and Quebec, Saskatchewan is within the top three provinces for the number of brewing facilities per capita (at a rate of 4.6 per 100,000 drinking age adults), with about 17 breweries as of earlier this year.

“The growth in the craft sector leads to an incremental growth in demand for malt and ultimately malting barley,” Watts says. “Already 35 percent of all malt in North America is used by the craft brewing sector and that may rise to 40 to 45 percent in the next five to seven years.”

But the bad news is that this growth is likely to slow.

A recent article from the United States’ Brewers Association shows that while the country’s craft industry was still growing as of last year, growth had declined.

It looks like Canada might go in a similar direction. Canadian beer production declined 2.4 percent from 2015 to 2016 and sales volumes declined 0.7 percent during the same time period.

“My takeaway is that growth in both the number of craft breweries opening and volumes is slowing, which is not surprising as it grew at double digits for so many years,” Watts says.

TIME OUT – The Bison & Beer Theory

A herd of bison can move only as fast as the slowest bison. When the herd is hunted, it is the slowest and weakest ones at the back that are killed first.

This natural selection is good for the herd as a whole, because the general speed and health of the whole group keeps improving by the regular killing of the weakest members.

In this way regular consumption of beer eliminates the weaker brain cells, making the brain a faster and more efficient machine.

That’s why you always feel smarter after a few beers, and that’s why beer is so GOOD for you! 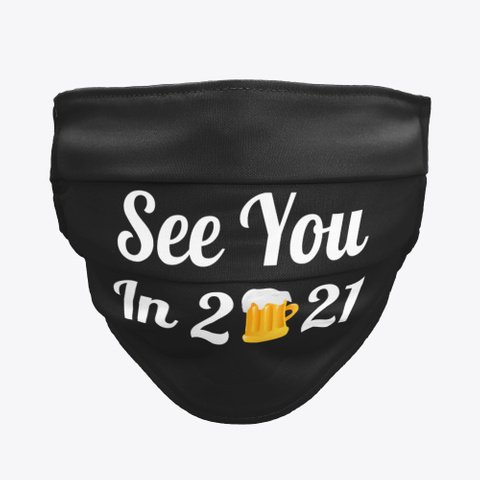