BREWERY “HOP”PENINGS! Bushwakker Head brewer, Michael Gaetz, reports our seasonally available Ponce de Leon Blackberry Raspberry Ale, Arctic Dark Munich Dunkel and Premium Pale Ale are currently on tap. There are also batches of Chinook ESB and Blackberry Mead (which will be released on Saturday, December 5th and bottles will be made available to pre-order on our website for curbside pick-up or take-out) working their way through the brewery. 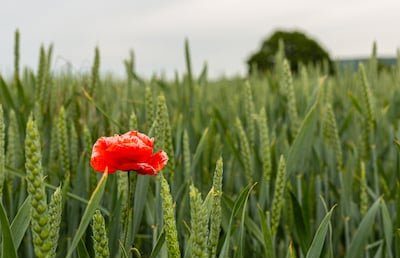 We will be open from noon to nine on Remembrance Day this Wednesday, November 11th.

This weekend’s Special Dining Feature for October 30th & 31st is SWEET & SOUR SPARE RIBS for $19.95. Our Saturday CLASSIC STEAK & A PINT SPECIAL for $21.95 will also be available. 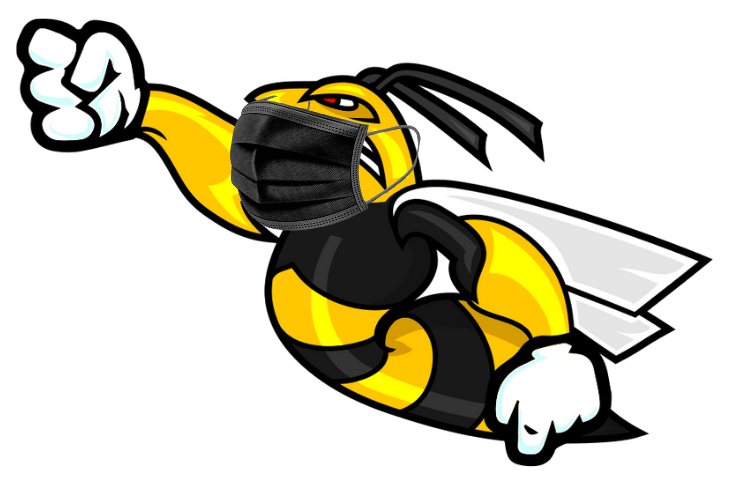 The winner of our MEAD MASK SLOGAN CONTEST was BEE SAFE submitted by Fred Sheppard of Calgary, Alberta. Fred will receive a special Bushwakker Blackberry Mead Package. Advance mead purchases will soon be made available on our website. Just pick the quantity you would like and then select the time you will be at our back door. Please be sure to wear a mask when picking up your mead. Commemorative Mead Masks and T-shirts will also be available.

Please remember that reservations are accepted and are encouraged but we will no longer be able to accept dinner reservations on Friday and Saturday nights beginning on November 6th.  Call at 306-359-7276 to secure your table. Please note under current guidelines the maximum number of people who can be seated at the same table is limited to six. Larger reservations must occupy more than one table and maintain physical distancing between each table. 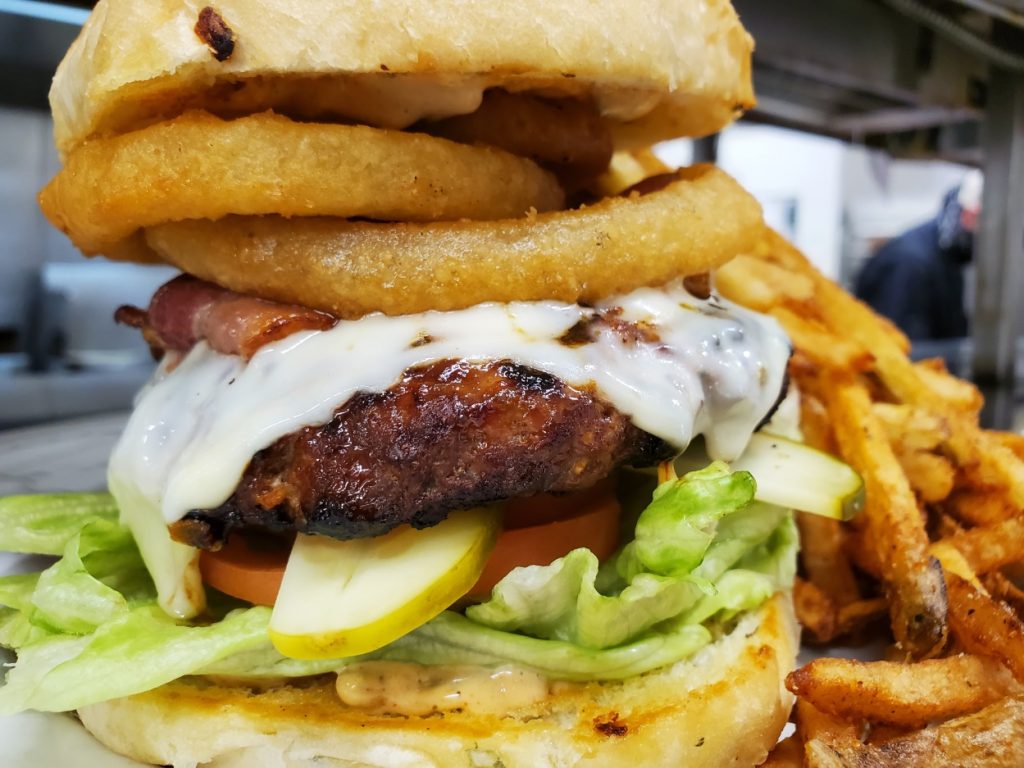 Do You Believe in Ghosts? Five of the World’s Most Haunted Bars (and The Bushwakker is One of Them!)

Many bars have regulars who never seem to leave, even after hundreds of years. And to that point, from the United States to Australia, these haunted bars claim to be home to a number of ghostly beings.

According to Julie Rieger, author of The Ghost Photographer and co-host of the podcast Insider’s Guide to the Other Side, ghosts and other spiritual entities are 100% real.

When asked why a ghost might want to stick around long after they have passed, Rieger says there are several reasons. A person may have suffered a quick, violent death, so their spirit might not realize they’ve died, she says. Or, spirits might stick around because they’re attached to a particular location.

If bars have issues with their invisible occupants, Rieger recommends writing a list of “ghost rules” and signing it to set boundaries of what’s okay and what’s not.

Whether you believe in ghosts or just seeking a new spot to grab a drink, here’s a look at five reportedly haunted bars around the world.

After it received a liquor license in 1990, Bushwakker opened its doors the next year. It’s become a well-known spot to have a pint, enjoy the daily specials and possibly spot a ghost.

Back in June 1912, Regina was hit by one of the country’s worst-ever recorded tornados. It killed 28 people and leveled buildings, which included one on a site where the pub now stands. There, several people died.

According to CBC Canada, Grant Frew, the pub’s bar & marketing manager, says several psychic mediums have visited the pub and felt the presence of “many ghosts.” But there’s one that the pub claims to know by name, James Strathdee.

In 1914, Strathdee was hired to manage a warehouse built on the land where many people died in the tornado.

In the 1930s, Strathdee was in a car accident. While he survived, he sustained head injuries, and according to the brewpub’s website, he was never quite the same. His business partners soon tried to pressure him out of his position, and his wife wanted to move back to Scotland.

He was said to have fallen into a deep depression and was found dead several months later. The official cause of death was suicide.

The warehouse Strathdee once managed later became Bushwakker, but many think he remained in the pub.

One of the bar’s managers believed she saw someone walk into Bushwakker’s room for private functions. She followed them to say they couldn’t go in there. But when she opened the door, no one was inside, and the only exit was sealed shut.

Michael Gaetz, the Brewpub’s head brewer, experienced possibly the most dramatic ghostly encounter. One day while on a break, Gaetz says he was pushed from behind so forcefully that he nearly fell. Later, he says he found a red mark on his back where he felt like he had been pushed.

Built on a cemetery in 1894, it’s probably no surprise that Shaker’s had its fair share of paranormal experiences. According to Bob Weiss, the bar’s owner, the building was owned by Al Capone’s crime syndicate in 1924. On the second and third floors, it served as a speakeasy and brothel.

A woman named Molly Brennan left home to work in the brothel and disappeared three years later, according to Weiss. But some believe she never really left.

Today, the former brothel has been turned into an Airbnb. The listing cautions patrons that the room could be haunted, and Ouija boards are forbidden.

Shortly after Shaker’s launched in 1986, Weiss came to know Elizabeth, who reportedly haunts the bathroom.

“Apparently, she was climbing for apples in 1835, in a stand of apple trees in the cemetery which Shaker’s is built upon, fell and broke her neck,” says Weiss.

Weiss claims he met her in 1987 when two servers coaxed her out of the bathroom.

The servers made a circle with their arms, and Weiss says he put his hand in the middle of it. “It was like a blast [of a] freezer,” he says. The servers explained it was Elizabeth. “‘Well, hello, Elizabeth,’ I responded,” he says.

Along with reported apparitions in mirrors, unexplained footsteps and ghostly figures, Shaker’s also used to be the go-to spot of infamous serial killer Jeffrey Dahmer.

Weiss says he’d order a gin and tonic. “Nothing fancy,” says Weiss. “No conversation. He’d drink his drink, and stare or sneer at people.”

The bar is a stop on the Cream City Cannibal Tour, and both the tour and bar were featured on the Netflix series Dark Tourist.

If ghosts aren’t for you, check out Shaker’s award-winning selection of spirits or their food menu that ranges from pizza to filet mignon.

Q: I’ve heard that cardiovascular exercise can prolong life. Is this true?
A: Your heart is only good for so many beats, and that’s it. Everything wears out eventually. Speeding up your heart will not make you live longer; that’s like saying you can extend the life of your car by driving it faster. Want to live longer? Take a nap.

Q: Should I cut down on meat and eat more fruits and vegetables?
A: You must grasp logistical efficiencies. What does a cow eat? Hay and corn. And what are these? Vegetables. So a steak is nothing more than an efficient mechanism of delivering vegetables to your system. Need grain? Eat chicken. Beef is also a good source of field grass (green leafy vegetable). And a pork chop can give you 100% of your recommended daily allowance of vegetable slop.

Q: Is beer or wine bad for me?
A: Look, it goes to the earlier point about fruits and vegetables. As we all know, scientists divide everything in the world into three categories: animal, mineral, and vegetable. We all know that beer and wine are not animal, and they are not on the periodic table of elements, so that only leaves one thing, right? My advice: Have a burger and a beer and enjoy your liquid vegetables.

Q: At the gym, a guy asked me to “spot” for him while he did the bench press. What did he mean?
A: “Spotting” for someone means you stand over him while he blows air up your shorts. It’s an accepted practice at health clubs; though if you find that it becomes the ONLY reason why you’re going in, you probably ought to re-evaluate your exercise program. 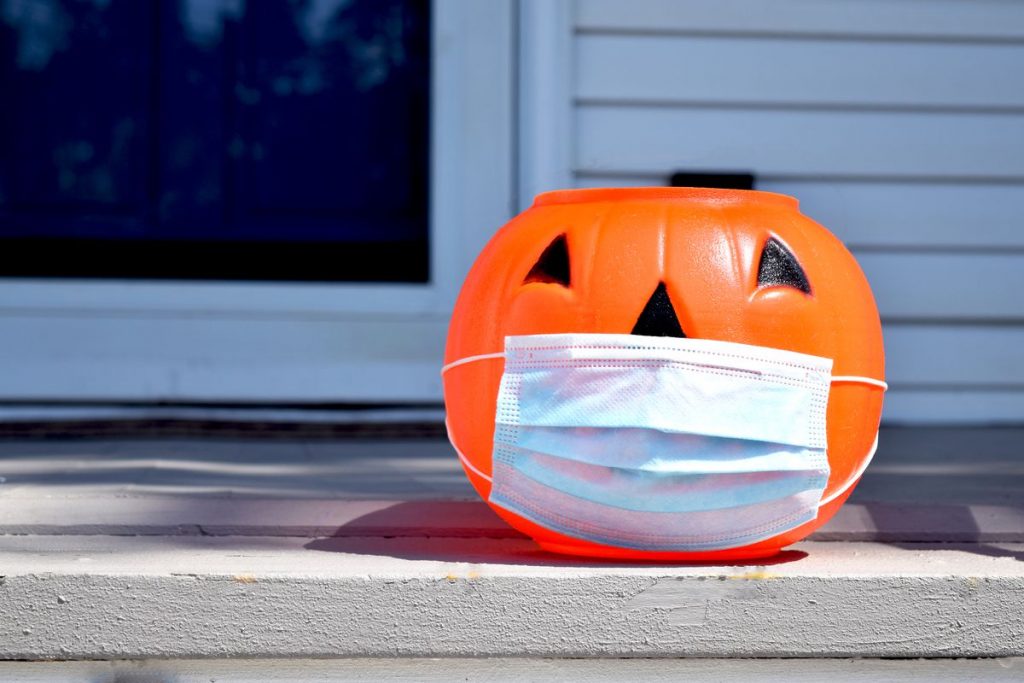 Our annual Celtic Hallowe’en Party has been cancelled this year. Stay safe everyone!