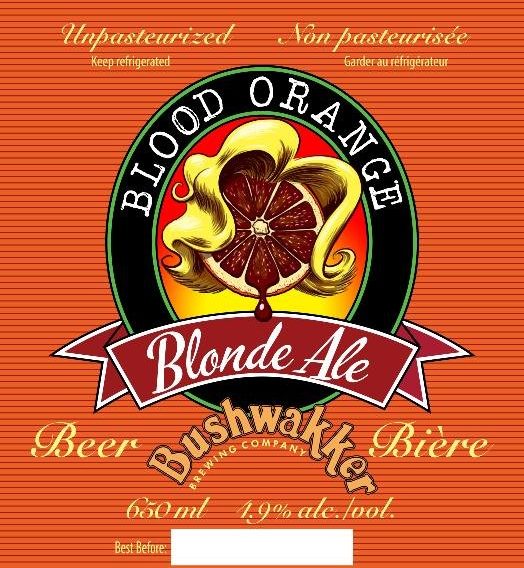 Our most popular summertime fruit beer is finally on tap and in our offsale following the Covid-19 production delay. 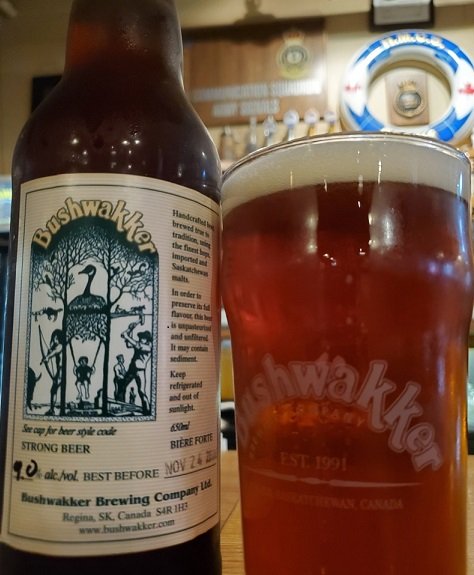 One smooth brew! Our Double Honey Imperial Irish Red Ale has surpassed the 18th month mark in aging time. It is quite possibly the smoothest and richest ale in Bushwakker history. Currently available on tap and in our offsale. 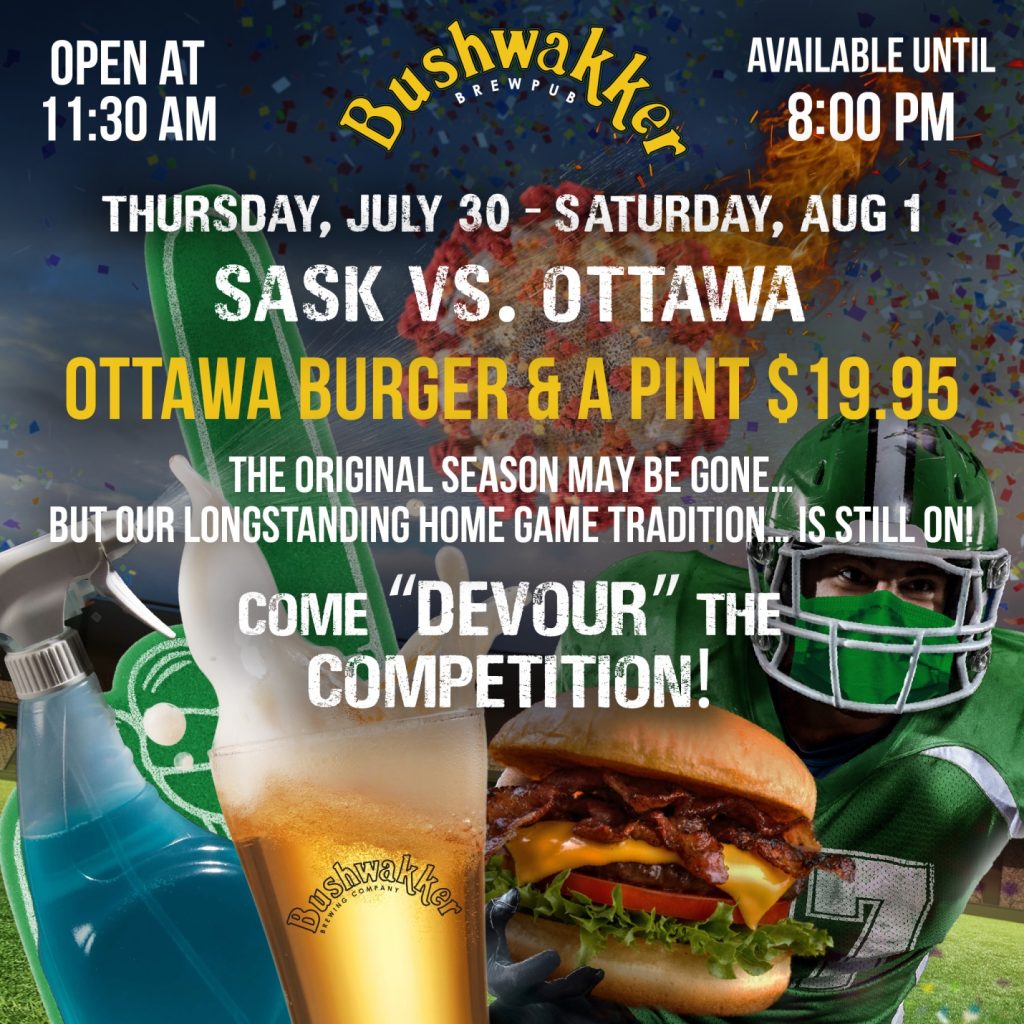 Our Home Rider Game Burger & a Pint specials will continue according to the original 2020 CFL schedule. Our next gourmet burger offering will be an OTTAWA BURGER & A PINT available from Thursday, July 30th until Saturday, August 1st.

The Divisive Campaign that is “Make it Canadian”

It may be one of the most half-baked and amateurishly implemented marketing campaigns in recent memory, but it got people talking, I guess. I am referring to the campaign launched a couple weeks ago by Molson Coors to promote other “Canadian” breweries in special mixed packs to be released “on or around” Canada Day. They called it Make it Canadian and the concept was to include beer from independent Canadian breweries in a special mixed pack, complete with displaying the breweries’ logos on the packaging.

That the campaign was announced on June 22, nine days before Canada Day, was bound to raise suspicions that Molson Coors wasn’t being on the level with their “generous” offer to cross promote its craft competitors. That and the fact that Molson Coors is no longer a Canadian company and operates out of Chicago.

Molson Coors’ motivations in this campaign are pathetically transparent, not very interesting and therefore not the focus of this post. The campaign, from start to end, is an attempt to obfuscate the fact that Molson Canadian is no longer Canadian and to confuse consumers about what real craft beer is. Old time strategy. Yawn.

No, what has my interest is who signed on to the campaign. And how horribly it rolled out. To that latter topic first.

After an initial splash for a couple of days, the rest of the campaign seemed to run on fumes. Sporadic tweets and posts, some attempting to engage independent breweries with lame puns, and a fuzzy communication of what the ultimate plan was. I never did find the final list of participants on their website or Twitter accounts (thanks Mark Heise and Twitter’s “Bobby O’Keefe” for sharing the list). I have yet to see an example of the pack in Alberta, although I am told some Ontario beer writers received one.

Further, a famous fake brewery in Alberta, Watershed Brewing, applied and made it a surprising distance in the process (as of press time I am not entirely sure they have been removed from consideration), suggesting the marketing folks weren’t doing very much in the way of research.

The whole thing seems like a massive screw up. My best guess is that someone thought it was a good idea and when it launched they quickly realized maybe not so much. But it was too late to bail and so they let it die a pathetic, lame death. Such is the fate of corporate promotional campaigns at times.

What really interests me is who participated. From the list forwarded to me on Monday (I can’t be sure if it is the final list), 24 breweries had signed on. Two were Molson subsidiaries (Creemore and Granville Island, included undoubtedly to up their craft cred and separate them in the public mind from the mothership). Of the independents 14 came from Ontario, 3 from Alberta, 2 from Manitoba and one each from New Brunswick, Newfoundland and B.C.

A handful of the breweries I know little about, but many were larger operations whose inclusion is not surprising. In the interests of speaking only of that which I know, I will refrain from commenting on breweries outside my region . The prairie breweries are, for the record:Big Rock (Calgary), Something Brewing (Red Deer), Hard Knox Brewing (Black Diamond, AB), Fort Garry Brewing (Winnipeg) and Farmery Estate Brewing (Neepawa, MB). (Some want to add Lake of the Woods as Manitoba due to its new Winnipeg location, but I file it under Ontario).

I reached out to all five in the past couple days. I sincerely wanted to learn what their reasons were and how they viewed the campaign. Three of the five got back to me. I won’t quote anyone specifically, as I didn’t ask permission to quote. So I will summarize.

Some entered willingly, seeing it as a low-resource opportunity to raise their brand profile. Molson Coors’ ownership and place in the industry was not a concern to them, as they felt most consumers are not concerned about that stuff.

Some indicated they reached out simply because they wanted to learn more and it is fuzzy how they ended up as part of the list. I won’t speculate on that any further as I have insufficient information and am not interested in letters from lawyers.

I have a very small sample size, so there is only so far I can go with this analysis. That said, I think the campaign highlights a longstanding but mostly unspoken division in the Canadian craft beer industry. There is a vocal segment that is very clear about its commitment to independent, locally-owned, craft-brewed beer. To them any association with the corporate big boys is a non-starter. Some in this segment can be quite evangelical in their outlook.

However, there is not an insignificant number of people and breweries who are far more agnostic about the role of the big boys. This segment is pragmatic in that they consider their own interests first. They also, as expressed above, recognize that most beer consumers are blind to ownership and country of origin and so believe that the more mouths they can reach the better. There is validity in this observation.

That division was laid bare in my part of the world recently over the sale of Banded Peak to ABInbev. None of these issues are simple. We can’t simply dismiss one side or the other. Or, at least, we do so at our peril.

My take is that at the moment the two sides are talking past each other. We are not engaging in dialogue about how the industry tackles issues such as corporate co-optation (like Make it Canadian), buy-outs, and pseudo-craft brands. And by not doing so, the industry becomes more vulnerable.

Canada’s is a maturing beer industry, which means multiple sets of interests and multiple perspectives. I am neither condoning nor condemning the decision by 22 legitimately independent Canadian breweries to sign on to Molson Coors’ cynical campaign. It is their decision to make, and my role to understand it.

That may seem like a cop-out to many, but I prefer to see it as trying to deepen our collective understanding of how this industry works and how individual actors act and react within it.

I do that to ensure the next time a big corporate brewery tries to co-opt Canadian craft beer, we all are more prepared to respond. 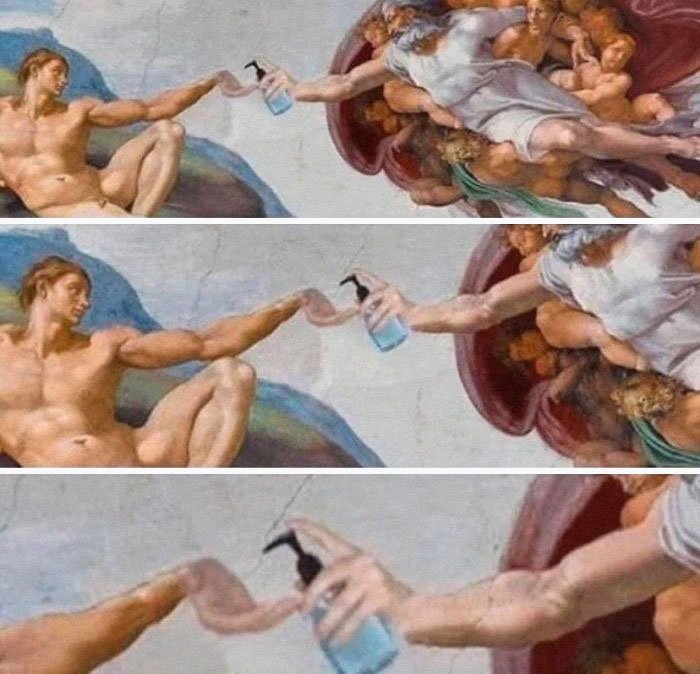 During class, a teacher trying to teach good manners, asks the students: “Students, If you were on a date, having supper with a nice young lady, how would you tell her that you have to go to the bathroom? Michael?”

Teacher: “That would be rude and impolite!!!

Teacher: “What about you Peter, how would you say it?”

Peter: “I am sorry, but I really need to go to the bathroom, I’ll be right back.”

Teacher: “That’s better, but it’s still not very nice to say the word bathroom at the dinner table.

And you Little Johnny, are you able to use your intelligence for once and show us your good manners?”

Johnny: “I would say: ‘Darling, may I please be excused for a moment? I have to shake hands with a very dear friend of mine, who I hope you’ll get to meet after supper. ” 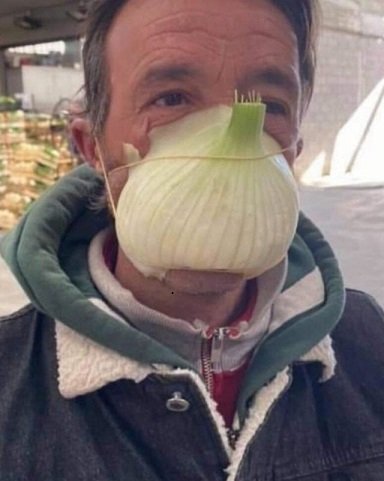 One of the more creative masks we’ve seen this year.