Our March Premium Wine Features are from the PONDVIEW ESTATE WINERY in Niagara-on-the-Lake, Ontario. The red is a Cabernet Sauvignon/Merlot and the white is their Dragonfly Pinot Grigio. Both are $8.50 for a glass and $23.95 for a half litre. 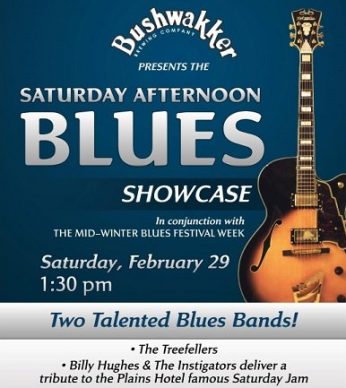 Mar. 4: MONTHLY ALES MEETING. Come sit in on a meeting with some of the most passionate home brewers in the city! If you are toying with the idea of getting into homebrewing or would like to improve your skills, then the ALES Club is for you. New members are always welcome. This month’s presentation topic is SOURS. 8:00 PM in the Bushwakker Clubroom. 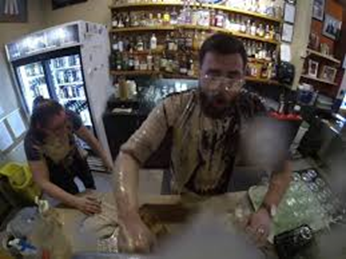 Mar. 18: Wednesday Folk Night. HOLLY POP with Brad Papp. Young singer/songwriter in her first Bushwakker headlining performance. Dear old dad will have his work cut out for him tonight! 8:00 PM.

Mar. 19: HEALTH SCIENCE PUB – “Taming the Queue, or What’s Up With Wait-lists?” Our wildly popular Science Pub Series has returned for an eighth incredible season! Enjoy lectures on scientific topics of general interest in our Arizona Room over fine craft beer and award-winning pub cuisine. The room opens at 5:00 PM. Avoid disappointment and come down early for dinner and a pint before the presentation which begins at 7:00 PM. This month’s lecture will be presented by Dr. Tom McIntosh, Professor, Politics and International Studies at the University of Regina.

By the Brewers Journal Canada

It all started with the best of intentions, but now it’s turning into a nasty divorce, which is bringing home to all craft brewers around the world – what is craft beer and who can call their beer “craft”?

A tightly-knit group of craft brewers in Calgary’s Manchester area started referring to themselves as the “Barley Belt” brewers. According to CBC News and other sources, this was to drum up interest in the area and create a destination for Alberta’s craft beer fans.

By registering the trademark, it would offer protection against other breweries or companies from using it as well. While the trademark was with Branded Peak Brewing, it would apply to all.

But then last month Branded Peak was bought by Labatt, a subsidiary of global giant Anheuser-Bush InBev, which claims in its 2018 annual report that it is the “number one craft brewer around the world,” owning companies such as Goose Island.

With Labatt now owning lock, stock and barrel Branded Peak, it also owns the Barley Belt trademark. Needless to say, the other breweries are not happy with this development, who believe that Labatt does not have the best interest of local craft breweries at heart.

Most craft brewers went into the business as a way of combatting Big Beer and Big Beer’s believed lack of love for the product, putting profits over passion and quality. The majority of the Barley Belt brewers want no association with Labatt.

According to an emailed statement sent to CBC News, Labatt Breweries of Canada says although it’s has assumed the trademark temporarily, Banded Peak is actively working with the other
Barley Belt breweries to create a Barley Belt association.

“Once created, Banded Peak and Labatt will transfer ownership of the trademark and relinquish all rights to the association,” said a statement on behalf of Rob Legate, head of craft for Labatt Breweries of Canada, and Alex Horner, head brewer and co-founder of Banded Peak Brewing.

Although on Branded Peak’s webpage there is no mention of the buyout, it is mentioned on its Facebook page.

“We have some exciting news to share today – we’ve officially teamed up with Labatt Breweries of Canada so we can continue to grow Banded and get our beer in the hands of more Albertans! We’re proud of what we’ve built over the past four years and we look forward to continuing to bring you our awesome lineup of beers proudly crafted for adventure, right here in Calgary!

“We wouldn’t be where we are today without the support from our amazing team, wicked customers, great friends and family, and the unreal craft beer scene in the Barley Belt and beyond. Thanks to everyone who’s supported us along the way. We’re excited to continue the adventure with you all.”

The story is far from being over in Calgary and elsewhere. So far when the whole question of what is craft beer has gone to court, the courts have sided with Big Beer. In the most famous of these cases, MillerCoors was sued four-years ago over its calling its Blue Moon beer “craft”.

MillerCoors won the dismissal of the class action lawsuit by a self-described beer lover who said MillerCoors tricked consumers into paying premium prices for Blue Moon by falsely portraying it as “craft beer.”

US District Judge Gonzalo Curiel in San Diego said the plaintiff, Evan Parent, did not show MillerCoors affirmatively misrepresented the origins of Blue Moon, a Belgian-style wheat beer, such as by suggesting it is brewed in small tanks and produced in a small brick building run by “The SandLot Guys.”

“At best, these advertisements contain generalized, vague and unspecified assertions that amount to mere puffery upon which a reasonable consumer could not rely,” Curiel wrote in a decision. 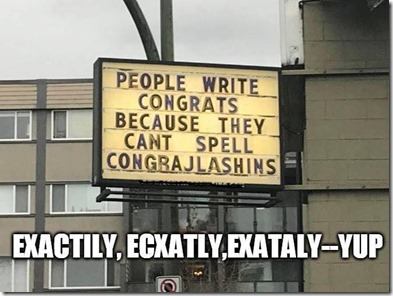 The teacher asked little Johnny, “What’s two and two?” He counted 1-2-3-4 on his fingers and said, “Four, teacher? She said, “Yes, that’s right, but you counted on your fingers.”

Put your hands behind your back and tell me what’s three and three.” He put his hands behind his back, fumbled around, and answered, “Six, teacher?” She said, “Yes, that’s right, but you’re still counting on your fingers.”

“Put your hands in your pockets and tell me what’s five and five.” He put his hands in his pockets, fumbled around, and replied, “Eleven, teacher?”