Our GUEST TAP is currently pouring the HONEY HOP PALE ALE from the Longwood Brewery in Nanaimo, BC. This will be followed by a NEW ENGLAND IPA from Swift Current’s Black Bridge Brewing and then the UGLY DUCKLING OAT SESSION ALE from Regina’s Malty National Brewing.

Our November Premium Wine Features are the BURNT SHIP BAY from Niagara-On-The-Lake, Ontario. The red is a Cabernet Merlot and the white is a Sauvignon Blanc. Both are $7.95 for a glass and $21.95 for a half litre. 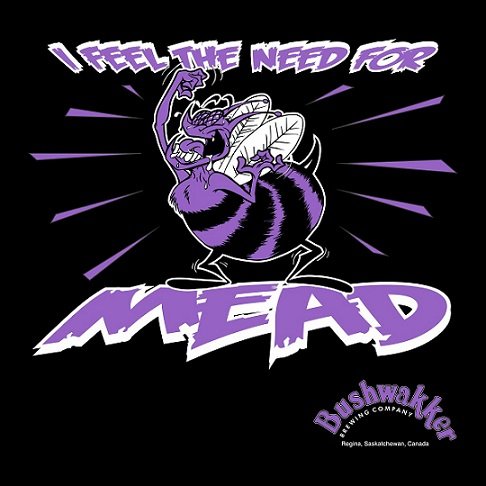 A longstanding tradition to kick off the holiday season! Saskatchewan residents arrive early at The Bushwakker for Mead Day on the first Saturday of each December. From wearing the “Bee-tles” t-shirts to the annual overnight winter campouts outside of the brewpub, our loyal mead lovers are the heartbeat of what has become a truly Saskatchewan phenomenon.

To celebrate mead lovers everywhere, local artist and designer, Gavin De Lint, created the Bushwakker Blackberry Mead Bee many years ago. This bee has taken many forms and has seen a constant evolution over the years. Our beloved bee has remained nameless…until now! We want you to name our bee. Enter our “Name the Bushwakker Mead Bee” contest by submitting your unbeelievable bee name here: https://www.bushwakker.com/meadbee.htm for a chance to win a Blackberry Mead Prize Pack. Enter as many times as you’d like. Contest entry deadline is Dec. 5th. 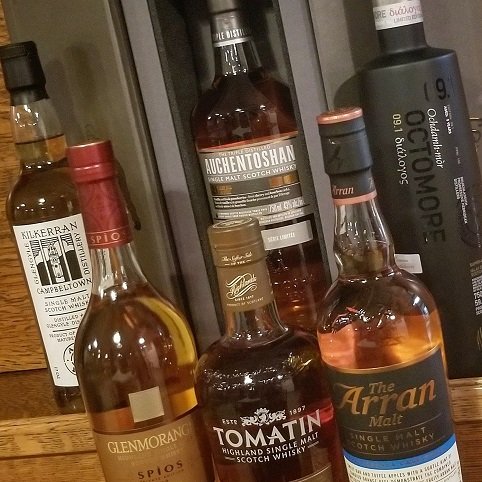 Dec. 4: MONTHLY ALES MEETING. New members are always welcome! Come down to the Bushwakker basement clubroom and sit in on a meeting with other homebrewers of all skill levels. Discover what the Ale & Lager Enthusiasts of Saskatchewan Homebrewing Club can offer you. This month’s topic: Cider & Mead. 8:00 PM.

Dec 6: FIRST FIRKIN FRIDAY: Enjoy the pomp and circumstance of this long-standing Bushwakker monthly tradition. A keg of special beer is paraded throughout the brewpub in a procession led by a piper from The Regina Police Service Pipes & Drums. A volunteer is selected to wield the handmade wooden maul affectionately mighty blow. This month’s special holiday edition firkin will see the return of our very popular Kraken Spiced Black Rum-infused “Missile”tow Christmas Ale. The suds-soaking spectacle takes place at 5:30 PM.

Dec. 7: THE 2019 BUSHWAKKER BLACKBERRY MEAD RELEASE – 11:00 AM SHARP! A true Saskatchewan phenomenon! There is only one Bushwakker Blackberry Mead. Our offsale inventory of bottles sells out quick! A new record was set last year when the devoted mead enthusiasts braved a Saskatchewan winter night and began forming a line over 21 HOURS before it went on sale! The line-up stretched north past the building by 9:00 AM. Experienced mead lovers come prepared with ice fishing huts and propane heaters. The annual overnight winter brewpub campout has become a strong tradition with serious mead enthusiasts. We will be serving hot chocolate to keep the chilly mead lovers warm. We have been brewing our Blackberry Mead all year long preparing for our annual kick off to the holiday season. 400 pounds of specially selected Lumsden Valley honey and over 80 pounds of blackberries are in every batch. View the days remaining to Bushwakker Mead Day on our countdown clock over our brewhouse door. Catch the buzz! (#MEADDAY2019)

SASKATOON — Saskatchewan craft breweries are raising a glass to economic and job growth in the province.

“It keeps the money flowing within the province from the producers all the way to the end consumer,” said Mark Heise, president of Rebellion Brewing in Regina. “It’s a huge growth opportunity for the province and we can all benefit from it.”

Heise said the taps are flowing at Rebellion Brewing and it’s a good time to be in the industry.

“The benefit to Saskatchewan of the local craft brewing industry as of last year was about a $30 million net economic benefit, about 250 jobs and about three million dollars in taxes paid,” said Heise.

“None of that existed before we came along, it’s very exciting and we’re really proud of that. Saskatchewan seems to have a really strong appetite for quality local made products and there is a comradery in the industry. Farmers are able to research new types of barley and plant hops for the first time, there’s a lot more collaboration to come.

Shawn Moen, Co-Founder and CEO of 9 Mile Legacy Brewing, said 2016 was a watershed moment for much of the growth. He was one of directors with the Saskatchewan Craft Brewing Association who worked with SLGA to liberalize craft brewing rules, he said.

“You had relaxed rules on direct distribution. You had taprooms being allowed in the province and you had a relaxation in the tax regime. I think that was the critical moment for a lot of our breweries to start generating revenue and building their packaged beer offerings.

“From a percentage of total beer sales in the province we only have three per cent of the market share in Saskatchewan, there’s a lot of room for growth, nationally it’s about nine per cent so I think the best is yet to come for Saskatchewan craft beer.”

Moen said the craft beer industry is in a transition between a second and third wave of business, which wouldn’t have been possible 20 years ago.

“It takes some times for jurisdictions to catch up and totally understand what craft brewing is,” said Moen.

“Craft brewing isn’t new, it’s a traditional way of making beer that you would’ve seen populated all throughout Europe where you have local neighbourhood breweries. Prohibition hits and wipes out a number of breweries across the country and consolidates that brewing in to large commercial entities. With the relaxation of regulation, all across the country you’re seeing the rise of neighbourhood breweries again, and that’s a great thing.”

Heise said the activity of craft breweries distributing each other’s product is uncommon among other industries in the province.

“It’s very rare to see the kind of collaboration we have within the local brewing industry,” said Heise. “It’s really important for us and we’ve all bought in to the idea that we’re not fighting amongst ourselves. By collaborating and working hard we can all grow this industry and be friends and have a beer at the end of the day.”
21st Street Brewery is one of many taprooms in Saskatoon using Saskatchewan grown products and manpower.

“A lot of our grain is coming from Rosthern from Maker’s Malt, I’m very proud to use a lot of malt,” said Chris Beavis, general manager of 21st Street Brewery and Winston’s in the Hotel Senator.

“I’ve been in this industry for a very long time and it’s been so exciting over these last five years plus that the Saskatchewan breweries have been brewing such great beer,” said Beavis. “We’ve traveled all over visiting different breweries around the world and the beer in Saskatchewan is world class beer.” “What’s really grown here is what you can find that’s made locally with local products with local labour,” said Casey Murray, brewmaster at 21st Street Brewery. “I think we’re still very much on the upswing, for my line of work you end up wearing a lot of different hats, you’re always learning and growing in the business every day.”

“A craft brewer uses about six times the amount of malt barley (than) a large commercial brewer (uses),” said Moen. “That’s a meaningful impact on the Saskatchewan farm gate. We use local inputs and local suppliers when possible, I think the economic spinoff is significant, it literally pays to know where your beer is coming from and choosing to drink local fresh beer.”

Heise said the craft brewing market has the potential to push the industry over the $200 million mark within the next decade as they continue to work with the provincial government. That would place Saskatchewan closer to the North American average for the industry.

A lady comes home from her doctor’s appointment grinning from ear to ear. Her husband asks, “Why are you so happy?” The wife says, “The doctor told me that for a forty-five year old woman, I have the breasts of an eighteen year old.” “Oh yeah?” quipped her husband, “What did he say about your forty-five year old ass?” She said, “Your name never came up in the conversation.”