Our October Premium Wine Features are the DIABOLICA WINES from B.C. The red is a Merlot/Petit Verdot/Shiraz blend and the white is a Pinot Gris/Chardonnay. Both are $7.95 for a glass and $21.95 for a half litre.

We have received many inquiries as to when Chef Mike’s famous low and slow prime rib dinners will be back. Our Bushwakker PRIME RIB WEEKENDS will return this coming weekend, Friday, October 18th. Topped with rosemary red wine au jus and served with Jumbo Yorkshire Pudding, veggies and potatoes. 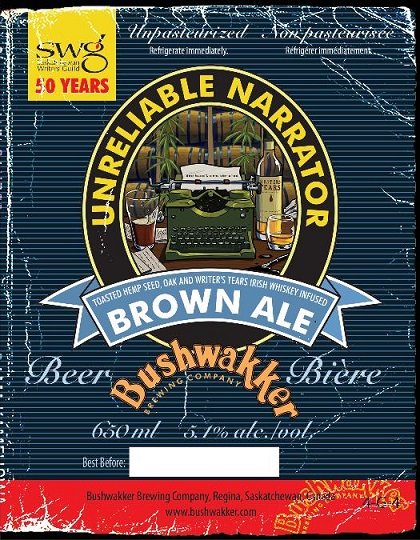 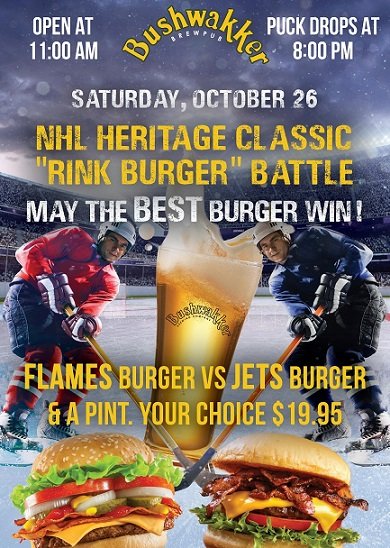 Oct. 26: THE 2019 NHL HERITAGE CLASSIC. The Winnipeg Jets play host to the Calgary Flames at Mosaic Stadium. This will be the first NHL regular season outdoor game that will be held in a neutral site territory that is not formally part of an NHL market, the first regular season game held in Regina, and the first regular season game held in Saskatchewan since 1994. Come enjoy our game day gourmet Rink Burger & a Pint specials. Choose from either our Jets Burger or Flames Burger with any regular Bushwakker pint for only $19.95. May the best burger win! 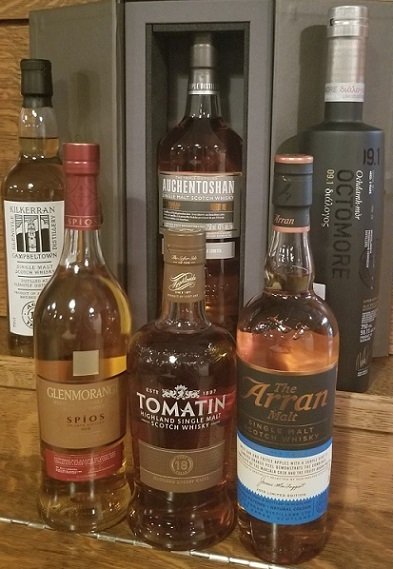 Oct. 27: TICKETS TO OUR NOVEMBER 23rd SINGLE MALT SCOTCH TASTING EVENT GO ON SALE AT NOON TODAY! This year’s special order single malts include: Glenmorangie Spios rye cask, Arran Marsala cask finish, Kilkerran 12 year Campbelton, Tomatin 18 year, Auchentoshan 21 year and Bruichladdich Octomore 9.1. Performances from The Regina Highland Dance Association and The Regina Police Services Pipes & Drums. Optional scotch tasting meal available prior to the evening’s tasting event. 150 tickets will be made available at $89.95 each. Last year 120 tickets sold in only 23 minutes! Be sure to arrive early to ensure you get your tickets.

What to Learn from Brewery Closures?

The prairie provinces now have over 150 operating breweries and have been growing at a mind-blowing pace in the past five years. The industry is remarkably different from when I first took on being an industry observer a decade or so ago.

With the recent announcement of the closure of Red Bison Brewing and, earlier, Wood Buffalo Brewing, many have been speculating about how many, and who, might end up closing in the coming year or two. I am not going to speculate on that particular question, in part because I simply don’t know enough about the internal workings of breweries and also because in my opinion it is not a constructive question. I don’t want to hover over a grave and guess at who’s it is.
Instead I have been thinking about the breweries that have failed over the years and what led to their failure. Such a question is more complex, but also more potentially useful in terms of understanding how the industry (and consumers) work.

For this project, I reflected on the pathway of the 15 breweries who opened and closed on the prairies in the past 15 years (I may be forgetting a couple). Each story, of course, is unique, but I think if we look at what happened with these breweries we can see some common patterns.

After giving it some thought I think there are some lessons new and upcoming breweries should heed if they want to prevent the fate that became efforts like Amber’s Brewing, Brecknock Brewing, Maverick Brewing, Bin Brewing and others. As any reflection must be, my thoughts are likely ignoring some key specific circumstances that befell each brewery and oversimplify what happened. Fair enough, but that doesn’t mean we can learn some broader lessons from their experience.

I think there are eight general lessons to be learned from the carnage of the region’s failed breweries. These are not listed in any particular order.

#1: Branding and Story Aren’t Enough
Part of the allure of craft breweries is that many have enticing, alluring back stories and adopt clever branding, cute beer names and attractive packaging. It is that connection to the brewery owners, their local connection and personal story that creates loyalty with the brewery. In a way, I am talking about the “buy local” ethos, but I am also talking about something more specific here. The punk ethos is part of Rebellion Brewing’s attraction, as is Theoretically’s and Bent Stick’s little-brewery-that could story. Tool Shed has made hay (sorry) with their promotion of local farmers and agriculture. Who can’t think of Zero Issue or Analog when thinking about comics, video games and geek culture?

Narrative matters. But it isn’t enough all by itself. In short the story has to have some authenticity and sincerity connected to it. Amber’s Brewing went to great lengths to build a history behind the name and branding. I am not saying it wasn’t true, it just simply didn’t resonate as real. Many contract brewers have a similar issue. They work to build an airtight storyline about who they are, but without a real brewhouse or a connection to community that might persuade consumers they can’t make any headway.

Your labels can be as pretty as all get out, but if there isn’t a real connection behind them, they won’t sell beer.

#2: Hire People to Brand and Sell Your Beer
One of the most tragic mistakes I have seen is the brewery started by a solid beer person who tries to run it on a shoestring. They become head brewer, salesperson, graphic designer, accountant and janitor. The beer can be really solid but, ultimately, no one tastes it because there isn’t enough support behind it to get it into bars, stores and restaurants.

The most telling story for me, maybe because I was close to it, was Roughneck Brewing. Terry Cameron, Roughneck’s founder, was a well-respected member of the Edmonton beer world when he opened the brewery. The beer he produced was decent. Except he tried to do everything. He simply couldn’t do it all. He wasn’t present enough in stores, selling his beer, and his branding was iffy. He operated at a time when you really needed to hustle to get taps and shelf space. In short, he needed to hire someone to handle that side of the business while he handled the brewing.

Roughneck is not the only example of the well-intentioned beer guy trying to make a go of a a professional brewery without investing in the non-beer aspects of the business. Brew Brothers is another example that comes to mind. May they be a warning for others.

#3 Keep Your Ego in Check
A fundamental rule in opening a new craft brewery is to know that you won’t take over the world in 10 years. You just won’t. It will always take longer to grow than you anticipate.

There are, of course, exceptions this rule. Collective Arts, Beau’s All Natural, and Dieu Du Ciel are notable in their rapid expansion. But for most craft breweries, it is a story of slow, steady growth with, maybe, a decisive jump at one point in the story.

Breweries that open with grand schemes of expanding quickly and becoming regional within a few years make me nervous. I feel they don’t have a pulse on how the industry actually works. The eyes-bigger-than-the-stomach syndrome infected Hog’s Head and Brecknock who both tried to appear bigger and more important than they actually were and as a result both crashed down with oppressive debt and unkept promises.

#4 Have a Beer Person Involved
Opening a brewery is a hard job. You need to have a passion for it and really, really care about the product you are creating. You don’t have to make the most mind-blowing beer in the world, but what you do make you need to care about.

I have seen too many breweries open where it is seen as a good investment rather than a passion project. If a brewery doesn’t have at least one principal (and I am not talking about a salary employee head brewer) who has a background or track record around beer (I don’t care what – homebrewer, active in the beer industry, professional brewer – as long as there is a beer link), things are going to end badly. I look to Brecknock, Aurora and Kohler as cases in point.

#5 Have a Business Person Involved
Running a brewery isn’t just about creating good beer. A sustainable beer company needs some minds that understand business: marketing, accounting, business plans, tax law, logistics, production efficiency, etc. That person could also be the beer passion person, but I find too often breweries that have all the passion in the world but don’t have a handle on teh business aspects. It is after all a business. So find someone with those skills.

#6: Know Your Market
Who are you selling beer to? If you can’t answer that question, you are hooped. Who is your market? What segment of the beer world are you likely to attract? You can’t be something for everyone, at least not at the beginning, so you need a sense of who your target market is and design both your beer and your branding to appeal to that group.

Bin Brewing in Swift Current had that problem, as did Amber’s and some others. Neither their beer nor their story had a focus. As a result, no one was drawn to them. You need a coherent market strategy.

#7 Location, Location, Location
The recent demise of Red Bison highlights for me the need to carefully match your business plan with your location. They opened in a highly competitive district with more established players. Their space didn’t provide enough to persuade people to shift their patterns. The beer wasn’t enough. In a way they tried to be both a production brewery and a local go-to spot, all in a high-rent area. I know less about the downfall of PEG Brewing, but I wonder if similar location issues factored in?

#8 The Beer Must Be On Point
You may notice I don’t say the beer must be high quality (although it does), but I want to keep open that different breweries have to meet the beer quality bar in different ways depending on their business model. My point is that, after everything else, the beer still matters.

Producing great beer won’t save you, as PEG Brewing and others demonstrate. You need the other seven points in addition to this one to make a go of it.

But the beer does matter. The thing that ultimately took down Maverick Brewing was that their beer wasn’t very good (they were diacetyl bombs), even though they broke lesson #1, #3, #6 and #7 as well. Kohler had a similar problem, as did Bin Brewing, Hog’s Head and O’Hanlons. You can’t make sub-standard beer and survive.
I leave this lesson for last for a reason. Good beer won’t save you, but bad beer will kill you. All the other pieces need to be in place or else your brewery will struggle to survive. But at the end of the day if you aren’t making good beer, you will eventually be exposed and then there is no going back.

So there you have it. My eight lessons from brewery closures. There will be more closures in the next couple of years, of that I am certain. When we hear of them, it might be useful to come back to this post and think about how that brewery failed to learn of of the lessons I list.

A famous sex therapist was on the radio taking questions when a caller asked, “Doctor, I want to know why men always want to marry a virgin?”
To which the doctor handily responded, “To avoid criticism.”