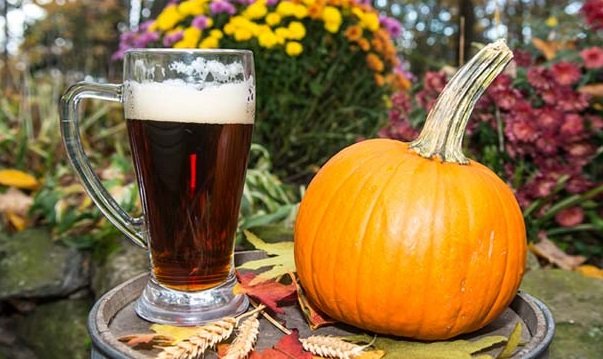 Oct. 2: MONTHLY ALES MEETING. Looking to enhance your homebrewing skills? Why not sit in on a meeting with some of Regina’s most passionate and enthusiastic homebrewers? All levels of brewing experience are welcome. Meetings are held in the Bushwakker basement clubroom on the first Wednesday of the month at 8:00 PM. This month’s presentation topics will be Irish & Scottish Ales. 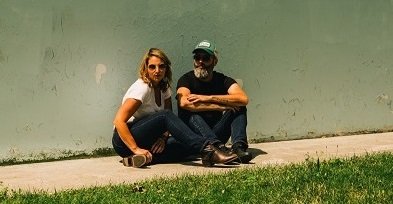 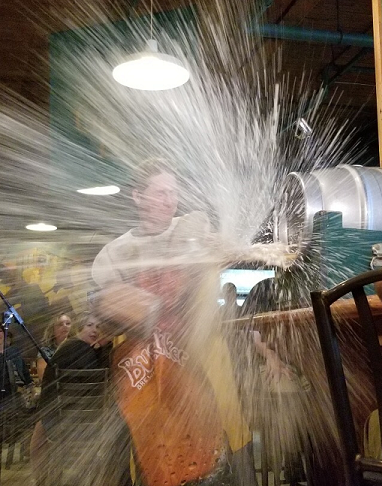 Oct. 4: FIRST FIRKIN FRIDAY. Enjoy the pomp and circumstance of this long standing Bushwakker monthly tradition. A piper from the Regina Police Services Pipes and Drums leads a keg of special brew in a procession throughout the brewpub. A guest volunteer is selected to wield the handmade wooden maul affectionately referred to as The Mighty Firkin Wakker, and attempt to tap the firkin in one mighty blow. This month’s FFF firkin offering is a SMOKED MAPLE BOURBON PUMPKIN SPICED BROWN ALE. The delicious suds-soaking experience takes place at 5:30 PM.

Oct. 5: SASK VS. WINNIPEG. The Riders will be looking for payback given the Banjo Bowl outcome. Kickoff is at 5:00 PM. Enjoy our gourmet WINNIPEG BURGER & A PINT game day special for only $19.95. Come “devour” the competition!

Oct. 17: NEWLY EXPANDED!!! SCIENCE PUB – A YEAR IN THE LIFE OF LEGAL WEED. Our wildly popular Science Pub Series has returned for an eighth incredible season! To meet the growing demand we have doubled our viewing capacity by including our basement clubroom as a satellite room to view the lecture with the aid of a very large TV, Skype and a dedicated WiFi line. Enjoy lectures on scientific topics of general interest in both our Arizona Room (main floor banquet room) and basement clubroom over fine craft beer and award-winning pub cuisine. The main floor room opens at 5:00 PM and once it reaches capacity the basement clubroom will then open. Avoid disappointment and come down early for dinner and a pint before the presentation which begins at 7:00 PM. This month’s lecture will be presented by Dr. Jason Childs, Dept. of Economics, University of Regina.

Is the Craft Beer Bubble About to Burst?

From The Beer Connoisseur

Craft brewing has always been rooted in biblical themes. David versus Goliath. A crusade against corporate money changers whose mundane beer had taken over the temple. Authenticity versus the idol of heavily advertised American premium lagers.

But these days, it seems craft’s high-road themes first established by homebrewing are getting slightly sullied, perhaps inevitable for a cultural movement that is now an industry. Due to the explosive increase in brewery start-ups, craft brewers are spending much of their time competing against one another, whether it’s on the retail shelves or in pursuit of the best hops. These “in-house” problems don’t include the competition against formerly independent brewers now owned by the macro Goliaths, proving to be a headwind when it comes to success at taps and on retail shelves.

On the other end of the spectrum, well-known craft brewers have garnered headlines by going out of business or reorganizing. With hard seltzer and cannabis beers turning many heads and joining the already stiffer competition from spirits and wine, is craft’s bubble bursting under competitive pressure? Will the originators of America’s flavorful beer category have to reinvent themselves yet again?

In key respects, current headaches for craft look like a new cycle of familiar problems from the times when bubbles burst twice  in the early days of the movement. Yet, there doesn’t seem to be any sense of depression, alarm or overt concern. Perhaps the Brewers Association and its board of directors has been lured into a false sense of security due to the current scale of new brewery expansion. Just as likely, craft brewers are so independent by nature that “doing their own thing” may be helping turn a revolution into something resembling Robespierre and his compatriots gallivanting through the streets of Paris.

In the beginning, the allure of craft beer’s two-step formula—make flavorful beer, then sell it—led to lots of busts in the 1980s. Either the beer wasn’t good enough, consumers didn’t understand it or business skills were lacking. Fritz Maytag’s Anchor Brewing Company (now owned by Sapporo, a Japanese brewing conglomerate) and Boston Beer’s Jim Koch (the king of the craft contract brewers) emerged as major success stories. Only hoary tales remain from many other intrepid pioneers who fell by the wayside such as Jack McAuliffe or Bill Newman.

By the mid-1990s, thanks to better entrepreneurial skills, craft’s truly innovative beer created by ingenious brewing operations full of American moxie began to take hold before the movement started to implode again. Although the fresh beer and the fresh flavors caught the imagination, the sudden surge led to craft brewing’s second major reckoning.

Investment money began flooding in through Initial Public Offerings to a business that Wall St. didn’t really understand. Brilliant brands and solid execution from Pete Slosberg and Matthew Reich resulted in too much money, too much equipment and too much beer for a general populace not fully ready for a sudden jolt of hops, the darkest of stouts or the slightest shift away from American premium lagers. Bad publicity followed from major financial implosions while both Pete’s Wicked Ale and the New Amsterdam brands disappeared. The macros seized the moment and sought to reclaim their territory.

There were enough intelligent and hard-working craft brewers who remained standing to sustain the movement. (Some of them were just lucky to survive at a time when craft brewing underwent an inversion; the number of closings exceeded openings.) The survivors focused on steady, incremental growth. Using social media and outstanding beer, they eventually defeated the macros’ heavily funded public relations and advertising campaigns. A new generation including brands like Lagunitas, Deschutes, Stone and SweetWater along with others joined Boston Beer, Sierra Nevada and New Belgium to become familiar brands in the Brewers Association’s annual Top 50 listing.

Alas, the two-decade juggernaut is faltering. Those big, familiar Top 50 craft brewer brands and their flagship beers are losing market share no matter if the styles are American versions of IPA, Belgian-style brews or German lagers. The fact the stalwarts are losing share to smaller, independent BA breweries serving across the bar in taprooms or selling packaged beer direct is little cause for optimism. (Overall, there was four percent growth by all craft beer makers as defined by the BA in the first six months of 2019, matching the results from 2018.) The soul of the BA may continue to belong to expertly run brewpubs in addition to microbrewers who specialize in keg distribution and a tasting room. But when it comes to other craft specialties like sour beer and food pairing, there isn’t much evidence these elements are driving strong growth.

Poor business judgment has led to major bankruptcies or reorganizations – a development not far removed from the Wall St. implosion of the 1990s. The aptly dubbed SKUmageddon means there are too many beers, once again, for a market not ready to absorb them. Only this time, it’s not big Wall St. money flooding the market. It’s relatively small money. Virtually any entrepreneur can find enough financing and investment to join the parade by opening a brewpub or a microbrewery.

As a result, old beer on retail shelves has become a mainstay and an unspoken scandal. Craft drinkers must choose among local brews that are sometimes popular due to where they were born rather than the beer in the can. Sometimes the execution is bad enough it’s difficult to tell whether a beer is poorly made, stale or both.
Enjoying this battle for shelf space are the macros. The biggest corporate breweries are striking back with strategies based on buying up craft brewers. Acquired brands such as Lagunitas, Elysian, Terrapin, Four Peaks, Karbach and Wicked Weed are contributing their expertise to a nationwide system of breweries. Macros and their sensory panels are pinpointing beers to distribute nationally that fit the craft ethos of fantastic flavor and innovation. Marrying this approach to excellent distribution through established networks means the macros are succeeding when it comes to the longtime ethos of flavor innovation and freshness. It indicates the campaign to draw attention to the “Independent” seal signifying membership in the BA has yet to be decisive.

Before Linda became engaged, she was quite the beauty, and didn’t mind letting her boyfriend know it, too:
“A lot of men are gonna be totally miserable when I marry.” she told him.
“Really?” asked the boyfriend, “And just how many men are you planning to marry?”