Our GUEST TAP is currently pouring the MOUNT PLEASANT NEIPA from Regina’s Malty National Brewing. Then another NEIPA will be flowing from Swift Current’s Black Bridge Brewery. Try them and discover your favourite Saskatchewan brewery’s interpretation of the style!

Aug. 24: MOTHERWELL “BARNSTORMER” RED FIFE WITBIER RELEASE. The Bushwakker is pleased to once again be a proud partner with Parks Canada and the Regina Symphony Orchestra this summer and will brew a new Motherwell Homestead commemorative wheat beer! The Motherwell “Barnstormer” Red Fife Witbier incorporates the historic Red Fife wheat as well as some special ingredients which will impart plenty of delicious “barnyard earthy, grassy funk” into the brew! The beer pays tribute to the fact that the massive red barn found on the Motherwell Homestead served as an aviation beacon and was often used as a navigational training tool by Canadian military pilots. Our Barnstormer beer also acknowledges the 100th anniversary of the first flight made to Regina by the famous Roland Groome. He was the first licensed commercial pilot in Canada with the first licensed aircraft and created the first licensed “air harbour,” in what’s now south Regina’s Lakeview area. This special Belgian – style wheat  beer will be officially released at The Symphony Under The Sky event at the Motherwell Homestead national historic site on Saturday, August 24. A limited number of commemorative bottles will be produced and made available. The label will depict an original painting of the big red Motherwell barn with a Curtiss Pusher aircraft which was drawn by Shannon Sambells who is William Motherwell’s great, great granddaughter. Makes a great Saskatchewan keepsake! 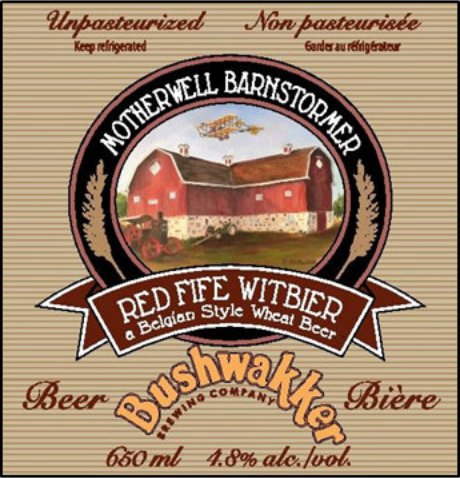 Editor’s Note: The Regina Minhas Distillery, Winery & Brewery came under fire earlier this year from many local craft beer enthusiasts when the location was purported to be selling Minhas branded craft beer as their own brewed product when it actually was the product of other Saskatchewan craft breweries. While the Minhas Brewery in Wisconsin continues to produce the bulk of the company’s beer, with increased competition among Alberta craft brewers, significant inroads are being made by the company in that province.The Times They Are a Changin’: Minhas Joins ASBA Board
By Jason Foster

The Alberta Small Brewers Association (ASBA) announced in their newsletter last week that Manjit Minhas, the sister half of the sibling duo behind Minhas Brewing, has joined the ASBA Board of Directors.

I would be lying to you if I said that I wasn’t surprised. I am floored. My surprise has nothing to do with Ms. Minhas. She clearly has the business acumen and industry experience to offer value to any board she sits on. I have met her a couple of times and she is professional, intelligent and charming. My surprise arises because of my long history watching the industry.

A few years ago the Minhas brand was much reviled among Alberta craft brewers, in large part due to their Wisconsin-based operation saying things that would make a consumer believe they were an Alberta-based craft brewery. I will fully admit I was one of those voices – I termed the phrase “faux craft” in part to capture their (and others’) strategies.

Since the opening of a Calgary brewery location, the Minhas picture became more complicated, as they were actually brewing beer in Alberta (although the vast majority of their product still came out of Wisconsin). It became even more complicated early this year when the duo split the company into two – Ravinder keeping the helm of the larger Wisconsin operation and Manjit taking over the Calgary brewery. I can only speculate on the reasons for the split, but I suspect it is due in large part to evolving beer mark-up rules and growing consumer sensitivity to buying authentic local. As a business move it seems brilliant to me, although it does feel the separation is more of a paper divorce than any kind of actual parting of the ways. The siblings remain close and I imagine will coordinate closely on the respective operations.

But back to ASBA. After many years of animosity toward Minhas, including originally crafting membership criteria to ensure Minhas was not eligible, they have been engaging in a been a slow shift in position. They granted Minhas membership a year or two ago and there has been a general warming in relations between individual breweries.

Why? That is my question. First I believe it reflects a shift in the Alberta craft beer industry. It was easy when there were only a dozen or so breweries for it to be a close-knit network of like-minded (mostly) guys fighting against the big guys. There are now over 100 breweries in Alberta and a increasing diverse number of business models and approaches to beer. Plus with such increased competition, I think some are seeing that even their so-called “brothers” can engage in some below-the-belt tactics, making Minhas less of an anomaly.

I am not condoning such behaviour, nor am I moving from my longstanding position against faux-craft. I just think this kind of nuanced understanding happens with maturing industries. It isn’t about having a board of your buddies, but ensuring all aspects of the industry are represented.

Second, I think the policies of the last few years forced a shift in Minhas’ business model. For years they could ship beer west from Wisconsin, and with little trouble convince people it was Alberta beer. The Alberta government policies of the last few years, for all of their faults, (and in this I include Redford’s 2011 changes) have made it more difficult to dump beer into Alberta. Today you have to hold legitimate Alberta roots (I will leave Mill Street and Wild Rose for another day). The Minhas’, to their credit, shifted their business model to meet that new reality.

I can’t and won’t speak about the beer – mostly because I haven’t had any in years. The marketing still feels a bit over-wrought to me which leaves me skeptical about a conversion to true craft approaches.

What I will say is that this Board appointment is a clear indicator about how much the industry in Alberta has changed. Whether it is for good or bad depends on your perspective, and so I will leave it to the reader to decide for themselves.

I just bring you the news. 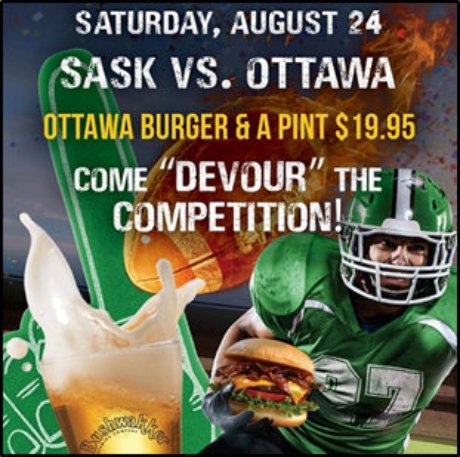 TIME OUT – THE FACTS OF LIFE

1. If you’re too open-minded, your brains will fall out.
2. Age is a very high price to pay for maturity.
3. Going to a mosque doesn’t make you a Muslim any more than going to a garage makes you a mechanic.
4. Artificial intelligence is no match for natural stupidity.
5. If you must choose between two evils, pick the one you’ve never tried before.
6. My idea of housework is to sweep the room with a glance.
7. Not one shred of evidence supports the notion that life is serious.
8. It is easier to get forgiveness than permission.
9. For every action, there is an equal and opposite government program.
10. If you look like your passport picture, you probably need the trip.
11. Bills travel faster through the mail than checks.
12. A conscience is what hurts when all your other parts feel so good.
13. Eat well, stay fit, die anyway.
14. Men are from earth. Women are from earth. Deal with it.
15. No husband has ever been shot while doing the dishes.
16. A balanced diet is a cookie in each hand.
17. Middle age is when broadness of the mind and narrowness of the waist change places.
18. Opportunities always look bigger going than coming.
19. Junk is something you’ve kept for years and throw away three weeks before you need it.
20. There is always one more imbecile than you counted on.
21. Experience is a wonderful thing. It enables you to recognize a mistake when you make it.
22. By the time you can make ends meet, they move the ends.
23. Thou shalt not weigh more than thy refrigerator.
24. Someone who thinks logically provides a nice contrast to the real world.