NEWS FROM THE BREWERY! Head brewer, Michael Gaetz, reports our seasonally available BOW PROJECT AMARILLO S.M.A.S.H., FLEK’S CZECH DARK LAGER, CHINOOK ESB, and BLOOD ORANGE BLONDE ALE are currently on tap. There are batches of PICKARD’S OATMEAL STOUT, TWO SON'S MILK STOUT and PONCE DE LEON FRUIT ALE working their way through the brewery. Our GUEST TAP is currently pouring the Andromeda Imperial IPA from Saskatoon’s Paddock Wood Brewery. Next up is a Bourbon Barrel Aged Dunkel from Regina’s District Brewing. Our February premium wine features are the ENIGMA WINES from California. The white is a Chardonnay and the red is a Cabernet Sauvignon. Both are $7.95 for a glass and $21.95 for a half litre. 650 ml glass bottles of our number one selling DUNGARVON IRISH RED ALE are currently available at ALL SIX SLGA stores including the Normanview, Quance Street, Broadway Avenue, North Albert Street, Dewdney & Lewvan and South Albert locations! ATTENTION SASKATOON RESIDENTS! You can now find our Dungarvon in bottles as well as on tap at the Growler Filling Station in the Saskatoon Metro Liquor store! After a five year run, it is time to release a brand new Bushwakker website. Final touches are being made and the shiny new site should be launched in just a few more weeks. Be sure to visit www.bushwakker.com and let us know what you think!

Feb. 25: Monday Night Jazz & Blues - special Mid-Winter Blues Festival edition. TERRAPLANE. Talented blues band lead by Regina’s friendliest bluesman, Shane Reoch, returns for a long overdue performance. 8:00 PM. Feb. 27: Wednesday Night Folk – special Mid-Winter Blues Festival edition. A STORRY WITH HUGHES. Talented rockin’ acoustic blues duo featuring Jeff Storry and Billy Hughes. 8:00 PM. Mar 1: FIRST FIRKIN FRIDAY. Enjoy the pomp and circumstance of this long standing Bushwakker monthly tradition. A piper from the Regina Police Services Pipes and Drums leads a keg of special brew in a procession throughout the brewpub. A guest volunteer is selected to wield the handmade wooden maul affectionately referred to as The Mighty Firkin Wakker, and attempt to tap the firkin in one mighty blow. This month’s offering will be a BUTTERSCOTCH BROWN ALE. The delicious beer and suds-soaking experience takes place at 5:30 PM. Mar. 2: SATURDAY AFTERNOON BLUES SHOWCASE. Presented in conjunction with The Regina Delta Blues Association and The Mid-Winter Blues Festival Week, our Saturday afternoon showcase is a great way to warm up for the festival finale later that evening. Enjoy two exciting blues bands beginning at 1:30 PM including: The AZ Paris Band as well as Billy Hughes & the Instigators who will deliver a special tribute to the Plains Hotel famous Saturday jams. Hosted by Jeff "Redbeard" Corbett of 91.3FM CJTR. Be sure to try a slice of Redbeard's signature chocolate cheesecake too! We will also be presenting live blues music at 8:00 PM on the Monday and Wednesday evening earlier that week. 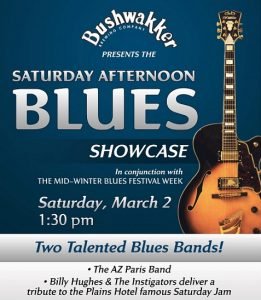 20 of Regina’s Most Notable Restaurant Dishes

by Travel & Happiness writer, Jenn Smith Nelson on February 15, 2019 Though I like to think of myself as spontaneous, one thing becomes blaringly obvious as I age. When it comes to food, I’m a creature of habit. The fact is, I’m that person who when they go to one of their favourite restaurants, almost always orders the same thing. Yes, there have been exceptions (especially when a new resto opens – hello Avenue!) but for the most part, I can’t bear to miss out on knowing I will love what I get. So, this got me thinking. Are there certain dishes in the city that we as Regina citizens can agree draw people in – and back for more, time and time again? I can say that thanks to my handy dandy crowdsourcing ask, this seems to be the case. I put the question out there and was overwhelmed with consistent responses! For the most part, many of the dishes or items that were brought forward as staples are quite well known to me. However, there were a few surprises. Now, this list is far from definitive and sadly, I wasn’t able to connect with each and every restaurant that folks suggested, though really, I did try! I’ve included them within the list below as people genuinely felt passionately about their dishes. However, I was able to connect with more than 1/2 of the restaurants and all were generous and kind with their time, images, and insights on their dishes. A huge THANK YOU to all who took the time out to respond with information! My goal with this post is to highlight the common denominators — so, without further adieu, I present to you, 20 of Regina’s signature dishes (in no particular order):

20 Dishes You Must Try in Regina

1. Nachos from Bushwakker Brewpub  I have been a Bushwakker regular for over 20 years now and have eaten a shit ton of nachos. Some of the staff don’t even bother bringing me a menu anymore! As a snack, as dinner, as a hangover cure, you name it, there’s never been a wrong time for chowing down on what is an incredibly generous portion of delectable salty, cheesy nachos. 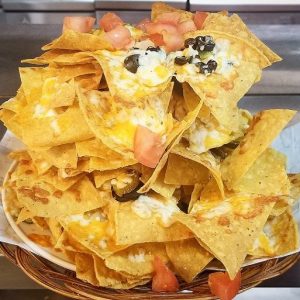 A couple in their nineties are both having problems remembering things. During a check-up, the doctor tells them that they're physically okay, but they might want to start writing things down to help them remember. Later that night, while watching TV, the old man gets up from his chair, “Want anything while I'm in the kitchen?” he asks. “Will you get me a bowl of ice cream?” “Sure.” “Don't you think you should write it down so you can remember it?” she asks. “No, I can remember it.” “Well, I'd like some strawberries on top, too. Maybe you should write it down, so as not to forget it?” He says, “I can remember that. You want a bowl of ice cream with strawberries.” “I'd also like whipped cream. I'm certain you'll forget that, write it down?” she asks. Irritated, he says, “I don't need to write it down, I can remember it! Ice cream with strawberries and whipped cream - I got it, for goodness sake!” Then he toddles into the kitchen. After about 20 minutes, the old man returns from the kitchen and hands his wife a plate of bacon and eggs. She stares at the plate for a moment. “Where's my toast?”