NEWS FROM THE BREWERY! Head brewer, Michael Gaetz, reports our seasonally available BLACKBERRY MEAD, MISSILETOW CHRISTMAS ALE, ARCTIC DARK, CHINOOK ESB,  and MANGO CHERRY FRUIT BEER are now on tap. A batch of PICKARD’S OATMEAL STOUT, TWO SON'S MILK STOUT and FLEK’S CZECH DARK LAGER are working their way through the brewery. Bushwakker Prime Rib Weekends Have Returned! Our melt-in-your-mouth, low-and-slow roasted prime rib dinners with jumbo Yorkshire pudding are back for the winter season! Available all day and night Fridays and Saturdays and beginning at 5:00 PM on Sundays. Choose from either an 8 oz. or a 10 oz. cut. Prime rib is definitely one of Bushwakker executive chef Mike’s specialties. Our GUEST TAP is currently pouring the CooCoo Cocoa Milk Stout from Regina’s Malty National Brewing. Next up we will tap a very small keg of Duchess de Bourgogne Flanders Red Ale from Belgium. Following that a Cranberry Kettle Sour from Regina’s Pile O’ Bones Brewing will be flowing. Our January premium red wine feature is the Johnny Q Cabernet Sauvignon from Australia. The premium white wine is the Ventiquero Root 1 Sauvignon Blanc from Chile. Both are $7.95 for a glass and $21.95 for a half litre. 650 ml glass bottles of our number one selling DUNGARVON IRISH RED ALE are currently available at ALL SIX SLGA stores including the Normanview, Quance Street, Broadway Avenue, North Albert Street, Dewdney & Lewvan and South Albert locations!

Jan. 4: FIRST FIRKIN FRIDAY. Kick off your new year with a “bang!” Enjoy the pomp and circumstance of this long-standing Bushwakker monthly tradition. A keg of special beer is paraded throughout the brewpub in a procession led by a piper from The Regina Police Service Pipes & Drums. A volunteer is selected to wield the handmade wooden maul affectionately called The Mighty Firkin Wakker and attempt to tap the firkin in one mighty blow. This month’s firkin will be a brand new offering – a Centennial dry-hopped Arctic Dark Lager. 5:30 PM. 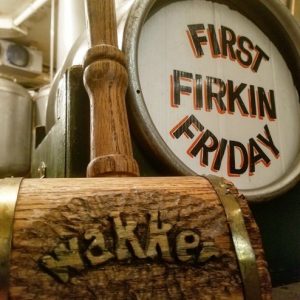 Jan. 6: CLOSED FOR OUR STAFF CHRISTMAS PARTY Jan. 7: Monday Jazz & Blues. WHITEBOY SLIM. We received the sad news that this talented national award-winning blues artist and fine gentleman passed away on December 19th. Our sincere condolences to Maurice's family and friends. As a tribute to his musical works we will play a number of cuts from his extensive collection of recordings, many of which were recorded live at The Bushwakker, from our Redbeard Radio collection of all Saskatchewan background music. Special thanks to Long & McQuade Musical Instruments Regina. 8:00 PM. Jan. 9: Wednesday Night Folk – special edition. WINTER SINGER/SONGWRITER SHOWCASE. Veteran wordsmith, Neil Child, is joined by David Malloy, Dustin Ritter, Devon Floyd, Trent Leggott and Albert Strangeman! 8:00 PM. Jan. 14: Monday Night Jazz & Blues. THE JAZZ BAND-ITS. The largest band to grace the Bushwakker stage plays big band, jazz and swing. 8:00 PM. Jan. 16: Wednesday Night Folk. LADIES OF THE PRAIRIE AND THE MALE ORDER BAND. Three part female harmonies, guitar, banjo, steel guitar, mandolin and more! 8:00 PM. Jan. 17: SCIENCE PUB - Water in a Dry Land: Prairie Aquatic Ecosystems Under a Changing Climate. Our wildly popular Science Pub Series has returned for a seventh incredible season! Enjoy lectures on scientific topics of general interest in our Arizona Room (main floor banquet room) over beer and snacks. The room opens at 5:00 PM and quite often is full by 6:00 PM. Avoid disappointment and come down early for dinner and a pint before the presentation which begins at 7:00 PM. This month’s lecture will be presented by Dr. Kerri Finlay from the Faculty of Science at the University of Regina. The Canadian prairies are defined by a landscape of grasslands and few aquatic resources. As such, the potential impacts of climate change on water quantity and quality is of great concern.  Intriguingly, prairie water bodies may also play a role in regulating climate change, as they have been demonstrated to act as carbon sinks.  In this talk, I will discuss the potential impacts of climate change on aquatic ecosystems in the prairies, but also how prairie lakes and reservoirs may be in turn mitigating climate change. Jan. 21: Monday Night Jazz & Blues. A STORRY WITH HUGHES. Rockin’ acoustic blues duo featuring Jeff Storry & Billy Hughes. 8:00 PM. Jan. 23: Wednesday Night Folk. THE ACCOMPLICE. Innovative one-man band delivers Grammy recognizable rock songs. 8:00 PM. Jan 25 & 26: BEER BACON BANDS. If you enjoy beer and great live music then don't miss out on one of the biggest parties of the winter! Three of the greatest things in life rolled up into one sudsy, salty night - a beer fest, a bacon fest and a music festival all in one! Be sure to stop by the Bushwakker booth and try this year’s festival offerings! 7:00 – 11:00 PM. Jan 26: BUSHWAKKER 28th/ROBERT BURNS 260th BIRTHDAY BASH. Join us as we celebrate well over a quarter century of award-winning beer and pub cuisine as well as Scotland’s favourite son, Robbie Burns! Live rollicking reels with Squeeze of Scotch and The Regina Police Services Pipes & Drums, highland dancing, FREE HAGGIS, NEEPS and BIRTHDAY CAKE, the tapping of the “Scottish” birthday firkin, plus Burns poetry and historical overview from Saskatchewan author and playwright, Ken Mitchell. A great way to shake those January blahs. The dance floor will be open! $5 cover charge in effect. 6:00 PM. Jan. 28: Monday Night Jazz & Blues. HENDRICKSEN n’ SON. Jazz standards and Broadway show tunes from father and son act. 8:00 PM. Jan. 30: Wednesday Night Folk. JAMES IRVING. Frontman from veteran local act, Nickletree, delivers roots rock. 8:00 PM.

By Hop Culture writer Kenny Gould  If you looked at our Instagram, it might seem like all we do at Hop Culture HQ is drink terrific beer. But being a beer writer takes more than a hearty liver. Central to the job is a passion for craft and the craft community, but equally important is a good ear. What’s happening in the world? What trends are about to take off? When we travel, we’re not just visiting friends and trying new things, but actively seeking out new stories and industry shifts, which we curate for you — our readers. In 2017, our friend Josh Bernstein wrote a trends piece for Bon Appetit, in which he predicted the rise of the lager and Kolsch, an increase in fruited sours, coffee beers, and juicy IPAs, and a new crop of beers packed with lactose. He was right on all counts, but it’s a new year. Here are the new craft beer trends to watch in 2019. Lagers You ever walk into your dad’s closet? Maybe you found a paisley shirt. Maybe it embarrassed you in the 90s, but now it has a certain… je ne sais quoi. You think you could rock it. In fact, you know you could rock it. Do you think he’d notice if it went missing? The red-headed stepchild of the American craft beer scene for the last five years, lagers are coming back in vogue as consumers tire of enamel-stripping triple IPAs and gut-busting pastry stouts. Beer writer Josh Bernstein called the rise of the lager in 2017, but he was early — last year was the year brewers got on the lager train, but this year it’s going to be the consumer. Every industry has its cycles, and we contend that 2019 will be the lager’s time to shine. International Breweries The crazy wave of craft may have started in America, but good ideas always transcend borders. Take Portugal — two years ago, the country had 2 major outfits; now, it has 70 craft breweries. There’s a few hundred in France, more in Spain, and Korea, and Japan. In the past year, we’ve seen a smattering of top American breweries pop up at events around the world. We’ve also seen a few international breweries–like Bellwoods, Garage Beer Co., Magic Rock, among others–make their way to the US to wow American beer drinkers with their products. In 2019, prepare for Americans to turn their attention beyond our borders. Wild and Spontaneous-Fermentation only Breweries Anyone try beers from The Referend this year? What about Floodlands? Black Project? The Ale Apothecary? These breweries are based far away from each other, from New Jersey to Washington and in between, but each specializes in a style of brewing called spontaneous fermentation. Basically, instead of adding yeast grown in a lab, the brewers open their wort (unfermented beer) to the elements and let the region’s natural microflora ferment the beer. It’s a style of brewing that speaks to a locality, and several of the breweries I mentioned above go a step further, only using local ingredients. The Ale Apothecary and Scratch even go foraging! As the brewing industry grows, prepare for more breweries to get serious about their supply chains and take steps to mitigate their environmental impact — one solution is to brew spontaneously. Taprooms as Gathering Spaces As my friend Jimmy Sweeney wrote in a recent Facebook post, “If you hear a great song, what’s your natural instinct? To share it with someone special? How about a delectable beer? You want to share that taste and that feeling with someone.” Sweeney’s thoughtful words drive home the idea that we drink for flavor, but also for connection. As more and more breweries dial in their brewing processes, they’ll be able to dedicate more time to planning taproom events that transcend the consumption of a beverage. The Death of Lactose Tired Hands in Ardmore, Pennsylvania, made the milkshake IPA famous, and Jean Broillet’s biggest mistake was revealing his process. In the last few years, every brewer and their mother has been tossing lactose into their mash tuns, which gives the beer a creamy, almost milkshake-like quality. Some breweries, like Hudson Valley and Imprint, have managed to innovate on Broillet’s process to great effect; others have produced beer/greek yogurt hybrids that taste like the offspring of Violet Beauregarde and the wrapper of a creamsicle. Personally, I think the consumer is done with the novelty, and (unless you’re Hudson Valley) it’s time for the cloying, overly sweet lactose IPA to go the way of brown ale. Coffee Projects If you like craft beer, chances are you appreciate other craft products, like chocolate, bread, and coffee. The latter, in particular, shares many similarities with beer. Both beer and coffee are complex beverages, and the best of both drinks results from careful sourcing and attention to process. As brewers push boundaries with beverages, watch many make the lateral leap into coffee. Hoof Hearted Beans and Cold Brew and Burley Oak Café are just the beginning. Wine-Forward Beers I don’t just mean throwing a bunch of grapes in a beer and saying it’s “wine inspired.” I mean breweries taking notes from winemaking practices to craft a product that has the specificity and locality of a wine. We tried Threes Brewing’s Eternal Return series and we learned about Firestone Walker’s terroir project. The Referend, Scratch, and Fermentery Form are all producing beer that would win over wine drinkers. Nathan Zeender from Right Proper is working on his own winery! Don’t expect every brewery around the country to bring out the wine cork, but we’re predicting more breweries will create beer/wine hybrids. 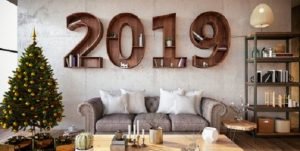 A married couple had been out shopping for most of the day. Suddenly the wife realized that her husband had disappeared. Somewhat irate she called her husband's mobile and demanded, “Where are you?” Husband: “Darling, do you remember that little jewellery shop where you saw that beautiful diamond necklace and fell in love with it  but I didn't have the money at that time and I said, ‘Darling it'll be yours one day."' Wife: “Yes, I do remember that my love!” Husband: “Well I'm in the pub right next to that shop.”
Our Weekend Prime Rib & Giant Yorkie Special Returns: 8 oz - $22.95 & 10 oz - $26.95.
Soup & Sandwich Special is $13.95.  All hot specials are $16.95, except where noted, & include a serving of soup du jour, house, or Caesar salad.
We strive to ensure all weekly specials and soups are made available. Product shortages or unforeseen circumstances may result in modification or even substitution of certain featured menu items.