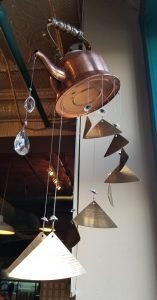 June 30: SASK VS. MONTREAL. Kickoff is at 7:00 PM. Enjoy our gourmet MONTREAL BURGER & A PINT special for only $18.95. Think of it as “devouring” the competition! June 29 & 30: CANADA DAY LONG WEEKEND KEG EVENT. What better way to kick off your summer long weekend than with a Bushwakker keg? Receive free ice, cups, coasters and the use of a keg chiller tub with any Canada Day long weekend keg order. Four sizes of kegs are available for any gathering big or small. July 1: CLOSED FOR THE HOLIDAY. Happy Canada Day! July 2: Monday Night Jazz & Blues. RESONANCE. Powerful duo featuring vocalist, Christie-Anne Blondeau and bassist, Fred Foerster. 8:00 PM. July 4: Wednesday Night Folk. REGINA SONGWRITERS GROUP (A Regional Group of the Songwriters Association of Canada) & SASK MUSIC PRESENTS. Local singer/songwriters; Annie MacLeod, Wanda Gronhovd and William John Stewart. 8:00 PM. July 5: SASK VS. HAMILTON. Enjoy our gourmet TABBY BURGER & A PINT home game day special for only $18.95. Come join the “Sea of Green” at The Bushwakker. Kickoff is at 7:00 PM. July 6: FIRST FIRKIN FRIDAY. Enjoy the pomp and circumstance of this long standing Bushwakker monthly tradition. A piper from the Regina Police Services Pipes and Drums leads a keg of special brew in a procession throughout the brewpub. A guest volunteer is selected to maul affectionately referred to as The Mighty Firkin Wakker, and attempt to tap the firkin in one mighty blow. This month Bushwakker head brewer will present a Grand Marnier-infused Orangerine Fruit Beer. The delicious beer and suds-soaking experience takes place at 5:30 PM. JULY 8: CLOSED FOR RENOVATIONS. Our bar area needs some TLC. JULY 9: CLOSED FOR RENOVATIONS. Two whole days of TLC! We apologize for any inconvenience. 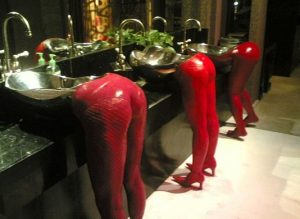 By Kelly Egan Flora Hall founder Dave Longbottom, 54, wants to draw attention to the bizarre rules that govern the making, selling and transporting of beer between provinces in Canada. Flora Hall is a cheeky little brewery in a wonderfully restored industrial building, with big, shiny eyes on Flora Street on the edge of Centretown. Many days they make ale. One day next week, they’ll make mischief — by running circles around the Canadian Constitution and the Supreme Court of Canada. Founder Dave Longbottom, wants to draw attention to the bizarre rules that govern the making, selling and transporting of beer between provinces in Canada — in theory, at least, a free market.  To me, it’s about the principle.” So, let’s crack the case open. Ideally, as a small businessman, he’d like the option of selling some of Flora Hall’s four core beers — and seasonal specialties — to bars or restaurants in Gatineau. But there’s no easy way for a craft brewer to move suds over the Ottawa River. Longbottom, who spent 30-plus years in high-tech, would first have to involve the SAQ, Quebec’s version of the LCBO, which would take a slice of the action on pricing — plus add paperwork — and make small-volume sales unattractive. (The much bigger Beau’s, for instance, spent months and tens of thousands on consultants and warehousing to get its product into La Belle Province.) But what if they brewed a Flora Hall beer in Quebec and sold it there? Bottoms up! Longbottom says they’ve teamed up with Brasserie du Bas-Canada in Gatineau on an unusual collaboration: he’s sending a brewer to Gatineau to brew there and the Brasserie is sending a brewer to Flora to brew in Ottawa. “We want to collaborate with them because we love these guys and we have a lot to learn from them.” They’ll make the beer on the same day, probably June 21 — and it will be a new ale recipe in an 1,800-litre tank in each province. “It’ll be the same recipe. The only thing that’s different is the water.” The brewers will then be free to sell the Ontario-plus-Quebec brew in their jurisdictions: meaning Gatineau will get a little Flora Hall flavour and Ottawa will get a taste of Brasserie — two solitudes in one keg. (The name of the bi-cultural beer has yet to be chosen but will likely reference both brewers.) “A guy in Aylmer can’t drink my beer and I can’t go to the Brasserie and take their beer home,” said Longbottom, referring partly to the Supreme Court of Canada ruling that upheld barriers to transporting larger quantities of beer between provinces. (You’ll recall the New Brunswick man dinged for bringing home a trunkload of beer bought in Quebec, a case that reached the highest court in the land.) “We’re doing this to shine a light, effectively.” Longbottom has travelled the world in the technology field (Bell Northern, Gandalf, Object Time, Chrysalis) and is familiar with trade restrictions certain countries might have on sensitive products. But within a country itself? Well, isn’t that our home and native land? Marc-André Cordeiro Lima is a co-owner of the Brasserie, which has an annual output of about 150,000 litres of beer, which goes to dépanneurs, supermarkets, bars and restaurants throughout the Outaouais. He’d be happy to have access to the Ottawa market but says the provincial liquor authorities just present too much of a financial and logistical barrier. “We want to show Canadians that it’s totally ridiculous that two breweries that are 10 kilometres apart cannot sell to customers around them if they’re on the wrong side of the provincial border. We find it ridiculous to have these barriers between our regions.” He said Flora Hall is a good match because the breweries are roughly the same size and have similar brewing sensibilities. Flora Hall itself is a marvel. The building was built in 1927 and operated for decades as Welch & Johnston, which specialized in automotive electrical works. That closed in the 1970s and the building flipped uses a couple of times before being shuttered around 2001. Longbottom bought it and, starting in 2016, spent a year transforming the inside and restoring the heritage facade, which features a massive sliding garage door and beautiful windows. On the ground floor, there is now a fully operational brew house, with five fermenting tanks, each capable of holding 1,800 litres. There is also a horseshoe bar and long communal tables (to encourage mingling), and a front-door retail shop for walk-out trade. Upstairs, on the century-old pine floor, there is a full restaurant. If this collaboration works, he said he’s open to trying it in other provinces, like B.C. The beer should be ready in mid-July, on tap and in bottles, the name to be determined. Bitter Barrier Brew, maybe?

TIME OUT – The Final Exam

An English teacher reminds her students of the written test in her class tomorrow: "Now, I don't want anyone to miss this important finals exam! I will not tolerate any excuse whatsoever for your absence--unless of course you had to go to the hospital because of a serious injury, or someone died in your immediate family." Just after she spoke, a wise ass in the back of the class exclaims: "Well, what if I were to tell you that I didn't show up for the test because I experienced complete and utter sexual exhaustion?" The students in the class try to suppress their snickers and muffled laughter. The teacher looks sympathetically towards the young man, smiles slyly and states: "Well, then...you'll have to write with your other hand".