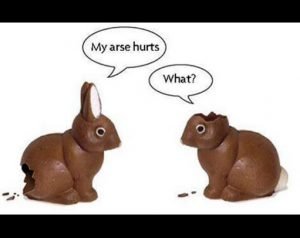 Apr. 2: Monday Night Jazz & Blues. WHITEBOY SLIM. National award-winning blues artist returns as a solo act with a brand new show. 8:00 PM. Apr. 4: Wednesday Night Folk. BRADFORD. Talented folk duo featuring Brad Papp and Mark Radford. 8:00 PM. Apr. 4: MONTHLY ALES MEETING. The ALES club will be preparing to host one of the largest homebrewing competitions in the nation from April 9 -14. Last year’s ALES Open drew over 500 beer entries from coast to coast! Our annual Bushwakker Brewer’s Dinner plays a role in this national beer celebration. In addition to discussing competition execution strategies, the club will also be presenting topics of discussion concerning; IPAs and Specialty IPAs. Meetings are held in the Bushwakker basement clubroom and start at 8:00 PM. New members are always welcome! Apr. 6: FIRST FIRKIN FRIDAY. Enjoy the pomp and circumstance of this long-time Bushwakker monthly tradition. A small keg of special ale is carried throughout the pub in a procession lead by a piper from the Regina Police Services Pipes & Drums. A volunteer is selected to wield the handmade wooden maul affectionately named, The Mighty Firkin Wakker, and attempt to tap the firkin in one mighty blow. April’s offering will be a brandy and orange-infused Blood Orange Blonde Ale. The suds-soaking experience takes place at 5:30 PM. Apr. 9: Monday Night Jazz & Blues. ‘ROUND MIDNIGHT. Popular veteran Regina act plays popular jazz. 8:00 PM. Apr. 11: Wednesday Night Folk Night Special Edition – REDBEARD’S BIRTHDAY BASH. Join Regina’s #1 live music ambassador in his birthday celebration. Two great local live acts will take the stage including: Ava Wild and The Desjarlais Brothers. Redbeard’s Signature Chocolate Cheesecake with caramel sauce will be available. Apr. 14: Annual Bushwakker Brewer’s Dinner. Our signature brewing and culinary event returns! Enjoy a fabulous multi-course meal in which each course is prepared with a unique beer style and paired with a different beer to enhance the flavours of each dish. This year’s menu will serve as a tribute to the late Bushwakker co-founder and president, Bev Robertson, and will feature some of his favourite dishes. Tickets only $60.00 each. 7:00 PM.

by:  Jim Dykstra For the beer industry, 2017 was a year of shifting power rather than large-scale growth or declines across the board. Total dollar sales came in at a little more than $34 billion, up 1.2 percent from the previous year, while total volume sales were down 0.4 percent. Our 2017 consumer beer sales analysis provides a pretty clear picture of where the industry is headed, including styles and trends. The key takeaways? People are buying less beer, but they’re spending more for it -- and three categories are driving the increase in dollar sales. The data we've examined comes from IRI Worldwide, a market research firm that tracks category-wide sales trends of beer sold in numerous retail outlets and then produces a monthly report of its findings. These findings can be used to provide real-time insight into the ever-changing beer marketplace, both craft and macro. They can also help industry participants adapt to the marketplace, and help you make more informed choices as a consumer. To save you the spreadsheet trawling, we've pieced together the most important changes in beer sales over the year of 2017 and will compare them to the prior year. Before we dive in, here are a few things to keep in mind – these numbers are on an international scale and may not represent individual brewery or regional sales accurately. The numbers also do not draw a hard line between beer styles within certain categories, which could mask sales trends of smaller brewers. They track sales of packaged beer only and from a few different sources, including convenience stores (think gas stations), a general "food" category (grocery stores, etc.), and a combined multi-outlet and convenience (MULC) store category (a combination of grocery, drug, Wal-Marts/Sam's Clubs, dollar stores and military stores, among others). We will focus on the MULC category. While not all-encompassing, it's a great, well-rounded resource. The relatively flat growth in 2017 isn’t exactly news – craft beer has been taking big bites out of domestic beer sales for years, while evangelizing the merits of quality over quantity. What’s more interesting is which beer categories account for the increase in dollar sales. Hint: craft beer is no longer the most powerful vehicle of change, at least on paper. Three beer categories saw an increase in dollar sales this year: Imports, Craft and Domestic Super-Premium (crafty macro beer). Of these three, Imports accounted for over $6.5 billion in dollar sales, or about 19 percent dollar share, which is an increase of 8.4 percent from the previous year. The Import category’s success has been propelled by Mexican beer, which comprised over 70 percent of total import sales. For comparison, the Import category saw $506 million dollars of sales growth, and the Mexican beer sub-category grew by $492 million. While the proximity, accessibility and cultural ties of Mexican beer to America have long bolstered sales, this still translates to 12 percent sales growth for the year, and an increase of 2 percent in its import dollar share. The Craft and Domestic Super-Premium categories combine for roughly the same amount of dollar share as imports, ringing in at 11.8 and 7.4 percent dollar share respectively. Craft sales for 2017 came in at around $4 billion, while Domestic-Super Premium landed around $2.5 billion, but the latter saw a double-digit dollar sales increase of 11.3 percent, compared to a 5.6 percent increase from Craft. This is really one of the year’s defining factors: craft beer sales have slowed, while the crafty offerings from macro brewers have really jumped. Big beer has successfully blurred the line of demarcation for all but the most diehard, discerning drinker. For most – if it tastes good, who cares where it’s from? This becomes far clearer when we compare sales numbers from the biggest SKUs of Craft and Domestic Super-Premium. Sierra Nevada Pale Ale’s dollar sales are down 8.1 percent; almost $10 million. Blue Moon’s, on the other hand, grew by 6.8 percent, increasing sales by more than $17 million. New Belgium’s Fat Tire sales are down by 10.6 percent, a dollar sales loss of more than $9 million compared to 2016. Likewise, Sam Adams’ Boston Lager is down more than 11 percent, dropping by about $9 million. The list goes on. Meanwhile, Goose Island IPA is up 29 percent, and Elysian’s Space Dust IPA has skyrocketed up 224 percent. How can this be? There are a couple factors to consider. One, IPAs are still a thunderous, dominant style and category of beer. Compared to other beer styles, the IPA category grew by 16 percent in 2017, increased its sales by more than $176 million, and brought its dollar share to more than 30 percent, with the next closest category in IRI’s eyes being the catch-all “Seasonals” at 14 percent. IPAs are a household name, and not just for craft enthusiasts. Sales of a beer such as Founders All Day IPA, somewhat of an outlier in its singular growth, further delineate this point: All Day IPA is up 47 percent, and grew its dollar sales by more than $15 million. But sheer popularity of the style doesn’t tell the whole story, and doesn’t explain why some brands are outstripping others to such a degree. It comes down to distribution. Brands that are backed with big-time resources and infrastructure are pushing out the “littler guys” like Sam Adams and Sierra Nevada. When you’re competing with Elysian, which is owned by AB InBev, you might as well be competing with Bud Light – at least when it comes to ability to occupy tap and shelf space. This year was a year of consolidation of power on retail shelves: the bargaining power of AB InBev, MillerCoors, Heineken and others has manifested in more shelf space for Domestic Super-Premium offerings and less for local and regional craft. And from the retail perspective, why shouldn’t it? Again, the Domestic Supers can beat craft on pricing while matching its high margins. Really, the only loser is the craft industry, or if you’re a diehard fan of craft, the consumer. For true craft to compete with Domestic Super-Premiums, we can expect more “independent consolidation,” or sales of big names to third parties, like Ballast Point’s sale to Constellation Brands, which has spurred huge success. 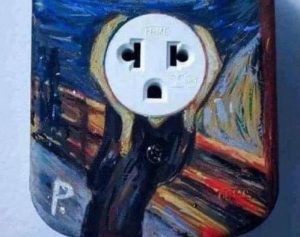 After the egg hunt on Easter Sunday, the young farm boy decided to play a prank. He went to the chicken coop and replaced every single egg with a brightly colored one. A few minutes later the rooster walked in saw all the colored eggs, then stormed outside and killed the peacock.