NEWS FROM OUR BREWERY. Head brewer, MICHAEL GAETZ, reports the big malty Scottish Ale, MACGREGOR’S WEE HEAVY, is back on tap and in our offsale as is our seasonally available SASKADIAN BLACK IPA and BUSHVAR CZECH PILS. His newest fruit beer offering, BLACKBERRY PORTER, has also just been released. A batch of PICKARD’S OATMEAL CREAM STOUT and ARCTIC DARK LAGER are also currently working their way through the brewery. The final tank of our famous BLACKBERRY MEAD is almost gone! Our guest tap is now pouring a keg of Azacca SMASH from the Pile O’ Bones Brewery.  Next up is Dumpster Dive Alive from Malty National Brewing followed by Mad Hopper IPA from Saskatoon’s Prairie Sun Brewery. Our premium romantic wines for the month of February are LA BELLE ANGELE wines from France. The red is a Cabernet Sauvignon and the white is a Sauvignon Blanc. Both are $7.50 for a glass and $18.95 for a half litre. Prairie Dog Magazine’s Best of Food and Drink 2018.  The nomination process has begun! Regina's dynamic local food & beverage scene is highlighted in this popular reader poll and contest. Last year Bushwakker took home quite a few awards and we look forward to more friendly food and drink fun with your continued enthusiastic support! Nominations begin February 1st at:  http://www.prairiedogmag.com/best-of-food-2018/#// 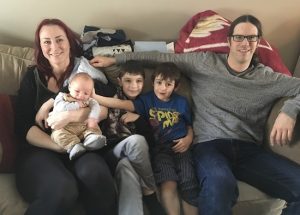 Many Bushwakker customers have been curious as to the whereabouts of long time staff member, Crystal Dias. We are happy to report she is the proud mother of a third boy. August John Michael Broda and family are doing very well! 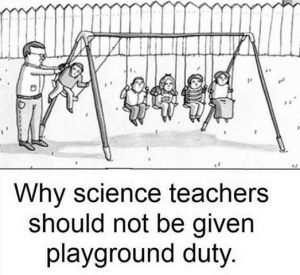 TIME OUT  - Why Women Are So Cool: Continued

-  We got off the Titanic first. -  If we marry someone 30 years younger, we're aware that we look like an idiot. -  We can congratulate our teammate without ever touching her rear. -  There are times when chocolate really can solve all your problems. -  We'll never regret piercing our ears. -  We can fully assess a person just by looking at their shoes. - We can make comments about how silly men are in their presence, because they aren't listening anyway.


We strive to ensure all weekly specials and soups are made available. Product shortages or unforeseen circumstances may result in modification or even substitution of certain featured menu items.