This weekend’s SMOKED BBQ feature is SMOKED STEAK W/ STUFFED POTATO & CHEF’S VEG. $19.95 (Weather permitting.) NEWS FROM THE BUSHWAKKER BREWERY. Bushwakker head brewer, MICHAEL GAETZ, reports our very popular PONCE DE LEON blackberry/black raspberry fruit ale is selling nicely as is his brand new NORTHERN STRONG LAGER (a bigger version of our Northern Lights Lager.) Our small but very vocal group of English Best Bitter customers have expressed great joy now that our GRANNY’S BITTER has returned. Enjoy that one tank while you can! Our Oktoberfest beer, HARVEST LAGER, will be released the last week of September for our Oktoberfest Week celebration. BUSHVAR CZECH PILS and another double batch of CHICO IPA are also working their way through the brewery. Our guest tap is currently pouring a Black Witbier from Saskatoon’s 9 Mile Legacy Brewery; $7.95 for a pint and $5.95 for a half pint. We will tap a keg of Hofbrau Original Munich Helles from Munich on Monday, September 25th to kick off Bushwakker Oktoberfest Week. Available in a half or a full litre true Oktoberfest size! Our premium wines for September are from the Mission Hill Winery in BC. The red is a Five Vineyards Pinot Noir VQA; $8.95 for a glass and $23.95 for a half litre. The white is a Five Vineyards Pinot Blanc VQA; $7.95 for a glass and $21.95 for a half litre. THANKSGIVING FANCY GROWLER PACKAGE. Your Thanksgiving fancy feast deserves a fancy growler of Bushwakker beer to go with it! Right now you can purchase one of our Hop Handle growlers with two newly designed JoeFafard/Bushwakker etched glasses and a complimentary growler fill at the time of purchase for only $70! Take your traditional Thanksgiving Dinner spread to the next level this year! The Bushwakker has been invited to participate in a celebration of the best in Canadian beer. Gold Medal Pints is an invitation-only showcase and cross-Canada beer competition. A national panel of beer experts headed by global beer authority and World Atlas of Beer co-author, Stephen Beaumont, has chosen our PALLISER PORTER as among the top five beers in our region. A recent article appearing on Expedia has named Regina, Saskatchewan as being one of the Best Beer Towns in Canada. The Bushwakker was given recognition. Seems like the whole country is aware of our BLACKBERRY MEAD RELEASE DAY which is coming up on Saturday, December 2, 2018. You can read the entire article here at:  https://www.expedia.ca/travelblog/best-beer-towns-canada/ Our Bushwakker Writers Corner was launched in November 2016. It is a space dedicated to celebrating the recent works of Saskatchewan published authors. What will begin as one shelf will hopefully grow into a large library showcasing our province's wordsmiths. Pub patrons are encouraged to peruse a copy whilst enjoying a pint. The books in the corner library will be available for patrons interested in reading works by local authors and the books are to remain in the brewpub. One of our featured authors is Annette Bower. Annette Bower grew up in Regina, Saskatchewan. She began her working career selling men’s underwear at the Army and Navy store, then went on to pump gas until she entered nurse’s training at the Regina Grey Nuns School of Nursing. She has worked in Regina, Ottawa, Halifax, Sioux Lookout, Vancouver, Winnipeg and Regina Beach. Annette enjoys writing short stories and novels. She gathers inspiration about women and men in love, searching for love, or lost without love, from her past and present. Her short stories are published in magazines and anthologies in Canada, United States and in the UK. Woman of Substance, set in Regina and Lumsden, is her first novel. Her second novel, Moving On, is set in Regina Beach, Saskatchewan. Her third novel, Fearless Destiny, is set in Apex, Saskatchewan and is the winner of the Raven Award for Favourite Contemporary Novel. Her novels are published by Soul Mate Publishing, New York. She looks forward to reading to crowds or small groups. Her featured book is titled Moving On. Anna Jenkins, a mysterious woman arrives in the resort town of Regina Beach, Saskatchewan as the heir to a cottage, even though there isn’t an obvious family connection. The residents of the town know everyone’s business and they are very keen on discovering Anna’s secrets. Anna meets Nick Donnelly with a secret of his own. As a soldier, the injuries he sustained in an IED explosion are greater than most people realize. During his rehabilitation, Nick and Anna become friends. Nick begins to dream of a life on the land with a family of his own. When Anna discovers that Nick plans to return to active duty, she puts the brakes on loving a man who might die because of his career. Nick must convince Anna they have a future to live for. 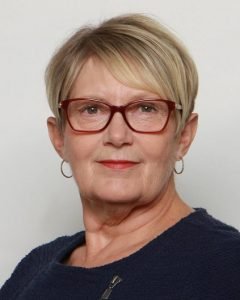 Sept. 24: SASK VS. CALGARY. We will be open at 11:00 AM and kick-off is at 2:00 PM. Be sure to stop by the Bushwakker before, during or after the game and enjoy our gourmet CALGARY BURGER & A PINT game day special. Delicious great value. Come “devour” the competition! Sept. 25: Monday Night Jazz & Blues. TERRAPLANE. Great “family” blues band lead by Regina’s friendliest bluesman, Shane Reoch. 8:00 PM. Sept. 25 – Oct. 1: BUSHWAKKER OKTOBERFEST WEEK! Enjoy German-inspired cuisine all week long. We have also special ordered a keg of Hofbrau Original Munich Helles for your drinking enjoyment. Prosit! Sept. 27: Wednesday Night Folk. THE ACCOMPLICE. Innovative one-man band delivers Grammy recognizable rock songs. 8:00 PM. Sept. 28: THE NEW, UNIQUE & RARE AMERICAN WHISKEY CHALLENGE: A formal sampling of six special premium American whiskies. Experience some very limited edition spirits as well as a sneak peek at some yet to be released products. Tickets only $25 each. Only 50 tickets will be made available. 7:00 PM in the Bushwakker Arizona Room. Oct. 2: Monday Night Jazz & Blues. THE U OF R JAZZ BAND. Come hear the future Regina jazz stars! 8:00 PM. Oct. 4: MONTHLY ALES MEETING. Looking to enhance your homebrewing skills. Why not sit in on a meeting with some of Regina’s most passionate and enthusiastic homebrewers? All levels of brewing experience are welcome. Meetings are held in the Bushwakker basement clubroom on the first Wednesday of the month at 8:00 PM. Oct. 4: Wednesday Night Folk. THE RED WAGON GYPSIES. An unplugged a cappella/acoustic blend of sister-like harmonies. 8:00 PM. Oct. 6: FIRST FRIKIN FRIDAY. Enjoy the pomp and circumstance of this long-standing Bushwakker monthly tradition. A keg of special beer is paraded throughout the brewpub in a procession led by a piper from The Regina Police Service Pipes & Drums. A volunteer is selected to wield the handmade wooden maul affectionately called The Mighty Firkin Wakker and attempt to tap the firkin in one mighty blow. The suds-soaking spectacle takes place at 5:30 PM. Oct. 7: ANNUAL GREAT PUMPKIN SPICED BROWN ALE RELEASE. This will be Bushwakker head brewer, Michael Gaetz's new version of this autumn specialty brew. He has a revised plan on how the ginger component of this pumpkin pie-like ale will be introduced into the beer. He is confident this year's offering will not disappoint! Be sure to pick up some bottles or a growler fill for the Thanksgiving weekend!

The Birth of the Beer Hunter: Looking Back on Michael Jackson’s Legacy 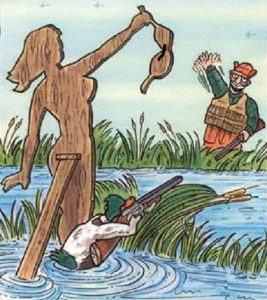 A Spanish magician has a grand magical show and at the end he says he will disappear after counting to three. He starts to count, “Un, dos…” Kazaam! He vanished without a tres.