The Bushwakker is offering Smoked BBQ dishes every weekend this summer. Craft beer and BBQ pair wonderfully together! This weekend’s smoked feature is QUEEN CITY MARATHON – HOUSE-SMOKED BACON FETTUCCINE CARBONARA w/ GARLIC TOAST $17.95. (Weather permitting). NEWS FROM THE BUSHWAKKER BREWERY. A very special beer called WHEAT SOUP has been brewed to commemorate the 40th anniversary of the Saskatchewan Filmpool. The brand name was inspired by the iconic Saskatchewan made film of the same title. This is a new German blonde wheat beer made with very non-flocculating yeast (hazy), certified Canadian organic malted wheat and seasoned with Middle-Eastern spices to acknowledge the birthplace of the lead actor in the film. Only 400 bottles will be made available and will be launched at 3:00 PM on Saturday, September 9th. Don’t miss the special FIRKIN TAPPING EVENT to officially launch this one-time commemorative beer. Bushwakker head brewer, MICHAEL GAETZ, is planning to brew another batch of the very popular PONCE DE LEON blackberry/black raspberry fruit ale soon. He also reports his brand new NORTHERN STRONG LAGER (a bigger version of our Northern Lights Lager) is working its way through the brewery as is our Oktoberfest beer, HARVEST LAGER. Our English Best Bitter, GRANNY’S BITTER will soon return and HONEY THISTLE WIT too! Our guest tap is currently pouring a Black Witbier from Saskatoon’s  9 Mile Legacy Brewing. $7.95 for a pint and $5.95 for a half pint. Next up we will feature an Oatmeal Session Pale Ale from Swift Current’s Black Bridge Brewery will be tapped. Our number one selling lager, NORTHERN LIGHTS LAGER is available for growler fills at the Quance Street SLGA store in Regina for the month of September. Three other new Saskatchewan-brewed beers are also available. Be sure to support this SLGA pilot program and help grow Saskatchewan craft beer! Our premium wines for September are from the Mission Hill Winery in BC. The red is a Five Vineyards Pinot Noir VQA; $8.95 for a glass and $23.95 for a half litre. The white is a Five Vineyards Pinot Blanc VQA; $7.95 for a glass and $21.95 for a half litre. The Bushwakker LOCAL ARTS WALL September featured artist is TINA HUDSON. Her artist biography is as follows: Being born & raised a Saskatchewan girl, I grew up in the small town of Ceylon, Sask.  I have spent my last 23 years in Weyburn, Saskatchewan. I use photography to capture reflections of what I see/vision and turn my ideas into a piece of art on paper/canvas, to ultimately share with all.  Not only am I inspired by the subject, but also in how I can take advantage of the light and angles to make the scene come alive. I have always had a love for photography.  The purchase of my first digital camera in 2003 set of a spark in me that has yet to be dimmed.  From there, onto an SLR with my best friend (my tripod) and multiple photo workshops.  There was no holding me back. Many road trips as a passenger gave me the ability to enjoy the landscapes, composing scenes in my memory for future use, to chase the skies, waiting for the perfect sun flare, the amazing sunset, the golden hues and colours to make my photos come alive. Each day with my camera is an endless opportunity to see what I can create for tomorrow.  There's nothing more exciting than heading out on a beautiful Saskatchewan day to shoot, and then hurry home to download and see what my eye had captured today. Imagine......all this from a viewfinder? 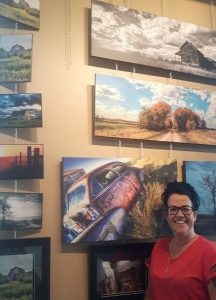 Sept. 8, 9 & 10. EAT QCM. The Bushwakker has been a proud sponsor of the annual Queen City Marathon for a number of years. We are stepping things up this year and are actively participating in the EAT QCM Regina restaurant program and are offering a special “carb-loading” weekend feature for athletes, event spectators and all our customers to enjoy. Our HOUSE-SMOKED BACON CARBONARA pasta dish featuring house-made fettuccine is sure to please! 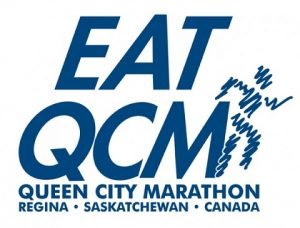 Sept. 9: SASKATCHEWAN FILMPOOL 40TH ANNIVERSARY COMMEMORATIVE BEER LAUNCH. Join members of the local film community as we celebrate 40 years of cultural enrichment. We have created a brand new German-style wheat beer named after the iconic Saskatchewan film, WHEAT SOUP. This one-time offering will be launched at 3:00 PM with the tapping of a firkin. Only 400 bottles of this one-time beer will be made available! Sept. 11: Monday Night Jazz & Blues. JEFF MERTICK & JASON FISKE. Soulful veteran Regina bluesman is joined by a talented ivory tickler. 8:00 PM. Sept. 13: Wednesday Night Folk – special edition. AN AUTUMN CEILIDH WITH BILLARNEY. This very popular & very large acoustic Celtic band returns! 8:00 PM. Sept. 18: Monday Night Jazz & Blues. THE JAZZ BAND-ITS. The largest band to ever grace our stage plays big band, jazz and swing. 8:00 PM. Sept. 20: Wednesday Night Folk. LEXY DESJARLAIS. Bushwakker’s own singer/songwriter and guitar diva! 8:00 PM. Sept. 21: SCIENCE PUB – THE ECONOMICS OF LYING! Our wildly popular Science Pub Series returns for a sixth incredible season! Enjoy lectures on scientific topics of general interest in our Arizona Room (main floor banquet room) over beer and snacks. The room opens at 5:00 PM and quite often is full by 6:00 PM. Avoid disappointment and come down early for dinner and a pint before the presentation which begins at 7:00 PM. This month's lecture will be presented by Jason Childs, Associate Professor of Economics at The University of Regina. Have you ever lied?  Have you told a lie today?  Would you lie to your parents, best friend or spouse?  For $100?  For a million?  Would your parents, best friend, or spouse lie to you for $100?  Human beings lie a lot less than traditional economic theory predicts, but a lot more often than most of us would like to admit. Come explore the growing field of the economics of lying, including original research from the University of Regina.  We'll explore the theoretical underpinnings of the decision to lie and some of the factors that play into lying for profit. Sept. 24: SASK VS. CALGARY. We will be open at 11:00 AM and kick-off is at 2:00 PM. Be sure to stop by the Bushwakker before, during or after the game and enjoy our gourmet CALGARY BURGER & A PINT game day special. Delicious great value. Come “devour” the competition! Sept. 25: Monday Night Jazz & Blues. TERRAPLANE. Great “family” blues band lead by Regina’s friendliest bluesman, Shane Reoch. 8:00 PM. Sept. 25 – Oct. 1: BUSHWAKKER OKTOBERFEST WEEK! Enjoy German-inspired cuisine all week long. We have also special ordered a keg of Hofbrau Original Munich Helles for your drinking enjoyment. Prosit! Sept. 27: Wednesday Night Folk. THE ACCOMPLICE. Innovative one-man band delivers Grammy recognizable rock songs. 8:00 PM. Sept. 28: THE NEW, UNIQUE & RARE AMERICAN WHISKEY CHALLENGE: A formal sampling of six special premium American whiskies. Experience some very limited edition spirits as well as a sneak peek at some yet to be released products. Tickets only $25 each. Only 50 tickets will be made available. 7:00 PM in the Bushwakker Arizona Room.

Pint by Pint, a Hoppy Revolution is Brewing in Russia

Ricardo Zuniga, Associated Press MOSCOW  — This new generation of craft brewers began sprouting in the vodka capital of the world as foreign beers became too expensive and beer fans sought alternatives to mass-produced lagers. From juicy IPAs to velvety stouts and lip-smacking sours, beers served at breweries that opened in recent years in cities like Moscow and St. Petersburg offer visitors and locals alike the styles popularized in the last two decades by the craft beer boom in the U.S. and Europe. Many breweries started after the currency collapse of 2014, when imported beer prices skyrocketed and supply fell. “There was almost nothing being brought from outside,” said Alex Korobkov, co-owner of the Zagovor brewery and the RULE Taproom in central Moscow. “So people decided to brew something they had tried outside of Russia.” Korobkov and a group of friends started Zagovor — which translates to “Conspiracy” in Russian — in 2014. Today, there are over 100 craft breweries in Russia, said Nikita Filippov, co-founder of AF Brew in St. Petersburg, one of the craft beer pioneers in Russia. But Filippov said that only around two dozen breweries have their own production capacities or long-term contractual base. “If nothing dramatic happens in the Russian economics, hops and malt import policies, or beer restriction legislation, the future for craft beer in Russia is promising,” said Filippov. All ingredients have to be imported — hops from the U.S. or Germany, grains from several European countries — and there are only a few facilities with the necessary equipment that serve as contract brewers. Craft beer still represents a tiny segment of the beer market in Russia — around 1 percent, according to Dmitry Drobyshevsky, who runs the Russian beer trade news site Profibeer and analyzes the market. Drobyshevsky said the market for Russian is expanding beyond its borders, to Europe and China. “The Russian brewery Jaws [from Yekaterinburg] started selling beer in China in May,” he said. “Russian bars are starting to appear there too.” The surge in Russian craft beer is perfectly timed for the expected tourism bonanza when the country hosts the 2018 FIFA World Cup. Hundreds of thousands of foreign fans, many of them from the U.S. and Western Europe, will visit the 11 host cities. And few things pair better with beer than soccer. “They will find a country which is million miles away from old stereotypes about Russia. They will find people who don’t have vodka with caviar every meal but have the offer and knowledge in fine foods, fine spirits and craft beers,” said Filippov. “They will be greatly welcome to our country by a community of craft beer brewers and drinkers.” If You Go………RULE TAPROOM: 19 Starovagankovskiy Lane, Moscow: Tucked in an alley steps from the Kremlin, the Brooklyn-inspired bar owned by the makers of Zagovor has one of the best beer selections in Moscow, with around 27 brews on tap. Don’t miss the inventive tap handles — from a Soviet-era hammer and sickle, to a hand grenade, AK-47 magazine and a Lenin bust. There is a vast rotating cast of Russian beers, but go with the local brew, Zagovor. Look out for any of their collaborations with New York breweries, like their recent brew with Brooklyn-based KCBC. Prices range from 180-300 rubles ($3-5). 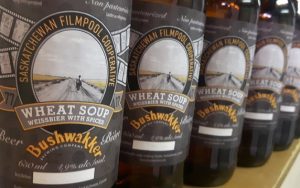 One of the most “interesting” brews ever created in the Bushwakker brewery’s 27 years of production is a German-style wheat beer made with organic wheat malt and seasoned with Middle Eastern spices. Only 400 bottles of this one-time commemorative brew will be made available following a special firkin tapping ceremony at 3:00 PM on Saturday, September 9th.

Last night, my kids and I were sitting in the living room and I said to them, “I never want to live in a vegetative state, dependent on some machine and fluids from a bottle.  If that ever happens, just pull the plug.”  They got up, unplugged the computer and threw out my beer!! Those little bastards!