The Bushwakker is offering Smoked BBQ dishes every weekend this summer. Craft beer and BBQ pair wonderfully together! This weekend’s BBQ feature is Hickory Smoked Chicken breast with a Cornbread Muffin, Slaw and Chipotle BBQ Sauce. $19.95 (Weather Permitting). Our guest tap is currently pouring Bocephus White IPA from 9 Mile Legacy Brewing in Saskatoon. $7.95 for a pint and $5.95 for a half pint. Next up is the Vino Lager, a Chardonnay barrel-aged Munich Helles from the District Brewing Company. Following that, Yorkton’s Back Forty Brewery will make their Bushwakker debut with their Blueberry Wheat! 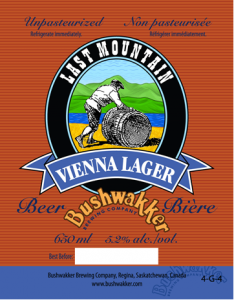 Our smooth, malty and crisp Last Mountain Vienna Lager is available for growler fills at the Quance Street SLGA store in Regina for the month of August. Three other new Saskatchewan brewed beers are also available. Be sure to support this SLGA pilot program and help grow Saskatchewan craft beer! Our premium wines for August are Vintage Ink VQA from the Okanagan. Their Rebel Red is a Shiraz/Merlot/Cabernet Sauvignon and their Wild White is a Viognier/Gewurztraminer; both are $8.50 for a glass and $23.95 for a half litre. Tickets are now SOLD OUT to our SUMMER EXOTIC FRUIT BEER TASTING EVENT which will take place on Thursday, August 10 at 7:00 PM in the Bushwakker Arizona Room. Any leftover bottles will be available for purchase following the event. This year's offerings include: a Guava IPA, Blueberry Saison, Passion Fruit Berliner Weisse, Cherry Quadrupel, Blood Orange Gose, Cherry Lambic, Yumberry Berliner Weisse, Blackberry Porter, Raspberry Saison and Chardonnay Barrel Aged Belgian-Style Peach Ale!

Aug. 4: FIRST FIRKIN FRIDAY. Enjoy the pomp and circumstance of this longstanding Bushwakker monthly tradition! A piper from The Regina Police Services Pipes & Drums leads a small keg (the firkin) of special ale throughout the pub in a procession. A guest volunteer tapper is selected to wield the handmade wooden maul affectionately named, The Mighty Firkin Wakker, and attempt to tap the keg in one swift blow! The suds-soaking spectacular takes place at 5:30 PM. Aug. 5: FOOD DAY CANADA 2017. The largest food event in the country encourages people to celebrate local food and community. The Bushwakker will once again participate. Bushwakker executive Chef, Mike Monette, has sourced some fresh local bounty. Enjoy his Local Roast Half Chicken with a melange of mushrooms, farmer’s market potatoes & vegetables. 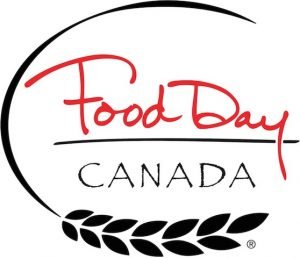 Aug. 4 – 6: AUGUST LONG WEEKEND KEG EVENT. Receive free coasters, cups, ice and the use of a Bushwakker keg chiller tub and pump/faucet when you order any one of our four sizes of kegs for a long weekend. Place your order at least 24 hours in advance to avoid disappointment. Aug. 7: CLOSED FOR THE HOLIDAY. Happy Saskatchewan Day! Aug. 9: Wednesday Night Folk. DALE MAC. Alt/roots-rock and blues from this talented trio. 8:00 PM. Aug 10: SUMMER EXOTIC FRUIT BEER TASTING EVENT. Experience 10 unique specialty imported fruit beers. SOLD OUT. 7:00 PM. Aug 13: SASK VS. BC LIONS. We will be open at noon as we are every Sunday AND WILL BE CLOSED AT 9:00 PM. Kick-off is at 6:00. Be sure to stop by the Bushwakker before or during the game and enjoy our gourmet BC BURGER & A PINT game day special. Come “devour” the competition! Aug. 14: Monday Night Jazz & Blues. SMALL CITY SOUL. Talented jazz trio lead by one powerful female vocalist! 8:00 PM. Aug. 16: Wednesday Night Folk – Special Edition. JAY SEMKO. Iconic singer/songwriter from The Northern Pikes delivers a special solo show. 8:00 PM. Aug. 18: Motherwell Red Fife Rhubarb Witbier Firkin Preview. The Bushwakker is a proud partner of Parks Canada and Living Sky Winery this summer and will once again brew the extremely popular Motherwell Homestead commemorative brew, but with a special Canadian 150th Anniversary twist! To acknowledge the fact that William Motherwell abstained from alcohol and preferred rhubarb tea, this year’s Motherwell Red Fife Witbier will utilize the historic Red Fife wheat as well as rhubarb juice from Saskatchewan’s Living Sky Winery. This special Belgian-style wheat beer will be officially released at The Symphony Under The Sky event at the Motherwell Homestead on Saturday, August 26 but you can get a sneak peek on August 19. Motherwell Homestead interpreters will be at the Bushwakker for a special Firkin Preview tapping. They will be wearing period dress, and will briefly describe the big Motherwell Threshing Day/SUTS Grand Event. 5:30 PM. Aug. 21: Monday Night Jazz & Blues. THE JAZZ BAND-ITS.  The largest act to ever grace the Bushwakker stage plays big band, jazz and swing – loud and proud! 8:00 PM. Aug. 23: Wednesday Night Folk. THE EMPIRE ASSOCIATES. Talented husband and wife folk duo returns for an encore performance. 8:00 PM. Aug. 26: Motherwell Red Fife Rhubarb Witbier Release at the Motherwell Homestead. Our Motherwell Red Fife Witbier infused with rhubarb juice from Living Sky Winery. A limited number of commemorative bottles will be produced. The label will depict an original painting of the Motherwell Homestead painted by Shannon Sambells who is William Motherwell’s great, great granddaughter. Makes a great Canadian 150th Anniversary keepsake! Will be available on tap and in bottles at The Bushwakker and at the Regina Symphony Orchestra’s Symphony Under the Sky at the Motherwell Homestead.

By Mike Pomranz "Effective immediately... only breweries that meet the BA craft brewer definition are eligible to be a Featured Brewery sponsor..." At a time when tensions between “craft beer” and “big beer” are running high, the craft beer industry’s primary advocacy group, the Brewers Association, has decided to reassert its alliances using possibly the largest piece of leverage it has: the Great American Beer Festival. Originally launched in 1982, the Great American Beer Festival has become the country’s largest and most popular beer competition. Winning a medal at this prestigious event has always been an honor for breweries large and small. But for this year’s festival – set to be held in Denver from October 5 to 7 – though brewers of all sizes will continue to be allowed to participate, for the first time, breweries who don’t fit the definition of “craft brewer” as determined by the Brewers Association won’t be able to purchase sponsorships at the event. “Effective immediately and in support of the BA’s mission and purpose, only breweries that meet the BA craft brewer definition are eligible to be a Featured Brewery sponsor at GABF,” the BA wrote in an email to a past sponsor, according to Brewbound. Sponsors receive perks such as larger exhibition booths with more prominent placement. The Brewers Association finds itself in an interesting position on this issue. As a trade association for craft breweries, the group obviously has to stand up for its members. But also as the organizer of the Great American Beer Festival, the BA needs to maintain the integrity and relevance of the event. Apparently, the group believes that accepting entries from big beer brands while refusing them sponsorships allows it to toe that line. “With the growth of the industry, we continue to see more demand for featured brewery sponsorships and we have limited inventory,” BA event director Nancy Johnson told Brewbound. “Additionally and more importantly, the purpose of the Brewers Association is to promote and protect craft brewers. The GABF serves as a wonderful platform to promote all BA brewery members. Limiting brewery sponsorship to members that meet the BA definition of craft brewer allows us to better serve our independent members and focus on our purpose.” To put things in perspective, last year, the GABF had eight sponsors that will not be eligible this year: 10 Barrel and Breckenridge, which are owned by Anheuser-Busch InBev; Blue Moon and Leinenkugel, which are produced by MillerCoors; Ballast Point, which is owned by Constellation Brands; Lagunitas, which was recently acquired entirely by Heineken; Magic Hat, which is a part of the North American Breweries conglomerate; and Pabst. 2017 has been a busy year for beer industry in-fighting. Recently, a couple of moves from “big beer” have led to retaliation from the craft community. In May, after Anheuser-Busch bought out Wicked Weed, the formerly independent Asheville, North Carolina brewery eventually had to cancel its annual Funkitorium Invitational event when nearly every participating craft brewer pulled out. And this month, a number of craft brewers requested their beers be removed from RateBeer after it was disclosed that Anheuser-Busch InBev’s ZX Ventures had bought a stake in the beer rating website. Whether non-craft beer brands will return the favor for the Great American Beer Festival is yet to be seen – though much like countries set aside their differences for the Olympics, it would be nice if at least once a year everyone could get along. 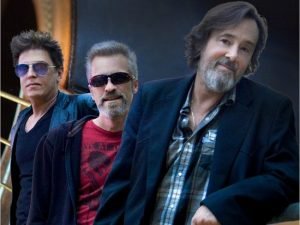 BIKER BAR - A highly timid little man, ventured into a biker bar in the Bronx and clearing his throat asked, "Um, err, which of you gentlemen owns the Doberman tied outside to the parking meter?" A giant of a man, wearing biker leathers, his body hair growing out through the seams, turned slowly on his stool, looked down at the quivering little man and said, "It's my dog. Why?" "Well," squeaked the little man, obviously very nervous, "I believe my dog just killed it, sir." "What?" roared the big man in disbelief. "What in the hell kind of dog do you have?" "Sir," answered the little man, "it's a little four week old female puppy." "Bull!" roared the biker, "how could your puppy kill my Doberman?" "It appears that your dog choked on her, sir."

Weekend BBQ Feature: Hickory Smoked Chicken breast with a Cornbread Muffin, Slaw and Chipotle BBQ Sauce. $19.95 (Weather Permitting) Soup & Sandwich Special is $12.95. All hot specials are $15.95, except where noted, & include a serving of soup du jour, house, or Caesar salad.