The Bushwakker is offering Smoked BBQ dishes every weekend this summer. Craft beer and BBQ pair wonderfully together! This weekend’s BBQ feature is a SMOKED PORK CUBAN SANDWICH W/ CHOICE OF SIDE. $16.95 (Weather permitting). Our guest tap is currently pouring a Chocolate Stout from Regina’s Pile O’ Bones Brewing: $7.95 for a pint and $5.95 for a half pint.  Following that we will pour a special collaboration Kellerbier involving Vancouver’s Central City Brewers & Distillers and Swift Current’s Black Bridge Brewing. This Bavarian Pilsner packs a hoppy punch! Saskatoon’s 9 Mile Legacy Brewing then returns with their Bocephus White IPA. Our premium red wine for July is Radio Boka Tempranillo from Spain: $7.50 for a glass and $21.95 for a half litre. The white is Santa Julia + Chardonnay from Argentina: $8.50 for a glass and $23.95 for a half litre. Tickets are now available to our SUMMER EXOTIC FRUIT BEER TASTING EVENT which will take place on Thursday, August 10 at 7:00 PM in the Bushwakker Arizona Room. Evaluate 10 unique specialty imported fruit beers including a Guava IPA, Blueberry Saison, Passion Fruit Berliner Weisse, Cherry Quadrupel, Blood Orange Gose, Cherry Lambic, Yumberry Berliner Weisse, Blackberry Porter, Raspberry Saison and Chardonnay Barrel Aged Belgian-Style Peach Ale! Only 50 tickets will be made available. $36.95 each. 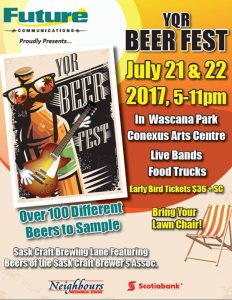 No Craft Beer for Mosaic Stadium

By Jennifer Ackerman    July 13, 2017 If you’re a Saskatchewan Roughriders fan and a craft beer lover, you may be disappointed to learn you can’t have both after an official decision was made not to sell craft beer in the new Mosaic stadium in 2017. Despite months of consultations between the Saskatchewan Craft Brewers Association, the Roughriders, City of Regina and Evraz Place an arrangement could not be made according to a statement released by the SCBA on Wednesday. “This will no doubt come as a disappointment to our membership and Saskatchewan’s passionate craft beer enthusiasts,” said SCBA president Kari Stenson in the statement. According to the statement, options were presented by both sides, but an agreement could not be made due to commercial pouring arrangements already in place. The City of Regina, which owns the stadium, granted sponsorship rights to the Saskatchewan Roughrider Football Club in 2013, which included exclusive pouring rights. The stadium is currently under contract with Molson Coors and sells only Molson products. Joe van Heerden, general manager of District Brewing Company in Regina, said he knows the SCBA did their best to work something out, but is upset that local breweries won’t be able to benefit from the stadium which was built with Saskatchewan taxpayers money. “It means that there’s one less revenue stream —  a significant revenue stream — that … could support this company significantly more and therefore (would) allow us to employ more Saskatchewan citizens,” said van Heerden. “It’s less money that stays in the province.” Jeff Allport, owner of Nokomis Craft Ales, had the same concerns and said he was disappointed not just as a producer, but as a craft beer consumer. He said signing over pouring rights exclusively to Molson isn’t in the best interests of Saskatchewan and it’s people. “Molson … is a foreign multinational. None of the beer is produced in Saskatchewan and the ownership is not only not Saskatchewan based, but not even Canadian,” said Allport. He said the deal not only takes away from Saskatchewan based companies, but is bad from a tourism perspective as well. “When people visit the province they want to see what our province has to offer and something as generic as Molson products … they don’t really showcase our province whatsoever,” said Allport. Van Heerden said there’s a reason there’s a craft industry and that’s because people are tired of plain beer. He said everyone has different tastes and craft beer affords people more options to purchase beer they really enjoy. “Variety is the spice of life … and I think (craft beer options) would be a benefit overall to the Rider fans,” said van Heerden. In a short joint statement released Wednesday evening by the City of Regina, the Saskatchewan Roughrider Football Club and Regina Exhibition Association Limited it was said that after presenting two options last month that would have seen craft beer sold at all major events that “Unfortunately, SCBA has decided not to move forward” with either of the options. “We look forward to continuing our collective approach to finding an agreement that is satisfactory to all parties in 2018,” read the statement. “I hope there’s some public backlash about this and then they’ll realize that peoples tastes are changing. People want to support local,” said Allport. 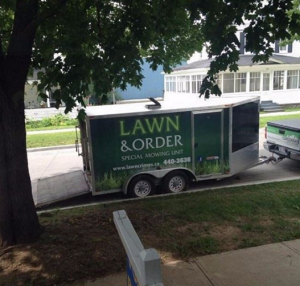 One day, Jimmy Jones was walking down Main Street when he saw his buddy Bubba driving a brand new pickup. Bubba pulled up to him with a wide grin. Bubba, where'd you git that truck?!?" Tammie give it to me" Bubba replied. "She give it to ya? I know'd she wuz kinda sweet on ya, but a New truck?" "Well, Jimmy Jones, let me tell you what happened. We wuz drivin' out on County Road 6, in the middle of nowheres. Tammie pulled off the road, put the truck in 4-wheel drive, and headed into the woods. She parked the truck, got out, threw off all her clothes and said, 'Bubba, take whatever you want.' So I took the truck!" "Bubba, yore a smart man! Them clothes woulda never fit you!"