The Bushwakker is offering Smoked BBQ dishes every weekend this summer. Craft beer and BBQ pair wonderfully together! This weekend’s BBQ feature is Crisp Beer Battered Smoked Haddock w/ Minted Peas, Steak Fries & Tartar Sauce. $16.95  (Weather permitting). The Bushwakker Brewpub is currently hiring full and part time evening and Sunday line cooks. Experience is an asset but will train. Guaranteed hours, competitive wages, tip sharing and benefits package. Apply in person with resume to 2206 Dewdney Avenue or email executive chef Mike Monette at mikemonette99@gmail.com. Our guest tap is currently pouring a Chocolate Stout from Regina’s Pile O’ Bones Brewing: $7.95 for a pint and $5.95 for a half pint.  Following that we will pour a special collaboration Kellerbier involving Central City Brewers & Distillers and Black Bridge Brewing. This Bavarian Pilsner packs a hoppy punch! Our premium red wine for July is Radio Boka Tempranillo from Spain: $7.50 for a glass and $21.95 for a half litre. The white is Santa Julia + Chardonnay from Argentina: $8.50 for a glass and $23.95 for a half litre. 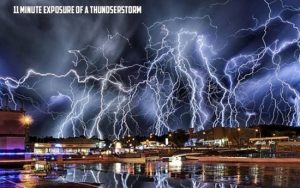 CBC News    Jun 22, 2017 Finding Saskatchewan-made alcohol just got easier for locals and tourists alike. On Thursday, the Saskatchewan Craft Brewers Association and the Saskatchewan Artisan Wines and Spirits Association co-launched an interactive map of showing the locations of microbreweries and distilleries across the province. Users simply go to the Saskdrinks.com website and click on the icon for the respective brewery. Information pops up about its history and operating tours, as well as when visitors should drop by. 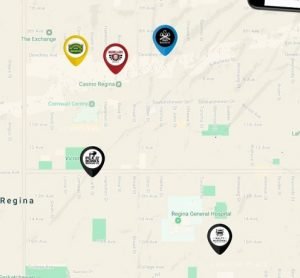 Saskatchewan craft beer, wine and distillery producers can now easily be found at Saskdrinks.com In a release issued Thursday, Shawn Moen, secretary of the brewers association and co-founder of 9 Mile Legacy Brewing Company, located in Saskatoon, said the hope is that the map will encourage people to wet their whistles with the province's craft offerings. Both associations also point to how the craft brewing and distillery industries bring tourism dollars to the province. Editor’s Note: The garbled CBC message above discusses a map that includes information on microbreweries and small distilleries, but also on small wineries and on brewpubs. Media writers refuse to learn what some of these words mean and continually screw up their reporting on small alcoholic beverage producers, even when given accurate initial information. The word “microbrewery” is not synonymous with the phrase “craft brewery”. Craft breweries are either microbreweries (mainly wholesale), or brewpubs (mainly retail). We don’t know how the author would justify also dropping small wineries from the list in parts of the text. We also don’t know how much these frequent errors are caused by time pressure, stupidity or arrogance; but probably some of all three. But it means that if you get all your news from just one source you’ll never know how accurate or inaccurate it is.   Bev Robertson, Bushwakker Brewing

By Julia Herz Does independence matter? You bet it does! A recent survey firmly illustrates this point. Nielsen recently presented insights from a survey co-developed with Brewbound and conducted by Harris Poll. These insights were shared during last week’s Brewbound Session business conference in New York. The survey (conducted May 19-23, 2017) was aimed at understanding the familiarity around popular “buzzwords” used to market craft beer. A total of 2,000 people (adults 21+), including 773 self-identified regular* craft beer drinkers, were surveyed on 29 buzzwords** In my view,  the  most  intriguing  news  to  share  is  that when  asked, “How familiar are you with each of the following terms as they relate to beer,” 81% of craft beer appreciators indicated “independent” and “independently owned” as the most recognized. The second-most recognized buzzword was “traditional.” When asked, “Thinking about the beer-related terms you are familiar with, if you heard or saw each term in connection with a particular beer, would you be more likely, less likely, or equally as likely to purchase the beer,” 23 of the 29 terms had a “net” positive— that is, “more likely” to purchase outweighed “less likely.” For more insight, we tapped Nielsen senior vice president of beverage alcohol practice Danny Brager, who presented these findings along with associate client manager Caitlyn Battaglia, for comments: Within that survey, several more “generic” marketing terms that can span ANY category seemed to be very relevant to, and resonated with, the craft beer consumer. Some examples of those terms include: innovative, limited edition, drinkable. In looking at the survey data, craft beer drinkers are certainly aware of the term independent/independently owned in relation to beer. Within the survey, this term had 81% familiarity among regular craft beer drinkers. Furthermore, as reflected in the survey findings, survey respondents claimed that the term “independent/independently owned” was a very high “purchase influencer” for them. Brager added respondents were asked: 1. How familiar they were with each of 29 terms as they relate to beer, and; 2. If they heard or saw that term in connection with a particular beer, would they be more likely, less likely, or equally as likely to purchase the beer. With 99% of today’s 5,400+ U.S. breweries being independently owned, it is always encouraging to see surveys confirm that independence does matter. *Regular meaning several times per month. **The meaning of each of the 29 buzzwords was left up to the individuals responding.

An out-of-towner drove his car into a ditch in a desolated area. Luckily, a local farmer came to help with his big strong horse named Buddy. He hitched Buddy up to the car and yelled, "Pull, Nellie, pull!" Buddy didn't move. Then the farmer hollered, "Pull, Buster, pull!" Buddy didn't respond. Once more the farmer commanded, "Pull, Coco, pull!" Nothing. Then the farmer nonchalantly said, "Pull, Buddy, pull!" And the horse easily dragged the car out of the ditch. The motorist was most appreciative and very curious. He asked the farmer why he called his horse by the wrong name three times.