Our guest tap is currently pouring the Golden Ticket Belgian Blonde Ale from 9 Mile Legacy Brewing in Saskatoon: $7.95 for a pint and $5.95 for a half pint. Next up is "Muggle-bot" Pale Ale from Regina’s Malty National Brewing. This is their beloved Magic Robot recipe with Mosaic hops taking the place of Citra. Following that we have a Vienna Lager from Pile O’ Bones Brewing in Regina. Our premium red wine for May is Mezzomondo Negroamaro from Italy: $6.50 for a glass and $16.95 for a half litre. The white is Caliterra Reserva Sauvignon Blanc from Chili: $7.50 for a glass and $19.95 for a half litre. Our southern German-style Stubblejumper Pils is available for growler fills at the Quance Street SLGA store in Regina for the month of May. Three other new Saskatchewan brewed beers are also available. Be sure to support this SLGA pilot program and help grow Saskatchewan craft beer. New Hours of Operation. Monday to Thursday hours are now 11:00 AM to midnight and Friday and Saturday hours are 11:00 AM to 1:00 AM. Sunday hours remain unchanged at 12:00 PM to 9:00 PM.

May 5: First Firkin Friday. William Shatner is in town this weekend and we will be releasing a special brew in his honour. The Tartan Kiss is a rich stout which pays homage to William’s Montreal birthplace by incorporating special imported dark maple syrup from Quebec as well as Macallan single malt scotch, oak and La Gardin Chateauneuf du Pape French red wine. Only 500 bottles of this one-time offering will be produced and a few kegs will be available on tap. Mr. Shatner has visited the Bushwakker previously to enjoy our 20th anniversary brew, The Tartan Tzar. He has also tried our 25th anniversary ale, The Revenge of the Tartan Tzar and stated, “This could be the best beer and the best single malt I have ever tasted.” A firkin of The Tartan Kiss will be tapped at 5:30 to officially launch our third offering in the Tartan Series and a “very special” person has expressed interest in participating in the ceremony if time allows! Hmmmm…sorry, but we can’t tell you who! 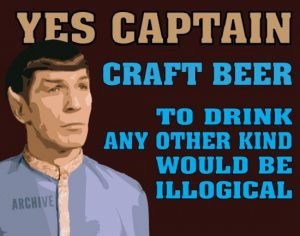 Our limited edition commemorative brew honouring William Shatner will be released on Friday, May 5th at 5:30. May 8: Monday Night Jazz & Blues. Christie-Anne AbouChakra. Powerhouse jazz vocalist returns with a trio! 8:00 PM. May 10: Wednesday Night Folk. The Empire Associates.  An encore performance from this powerful husband and wife duo. 8:00 PM. May 15: Monday Night Jazz & Blues. Call Me Mildy. Blues/rock, slide & harmonica blues peppered with reggae-laden melodies. 8:00 PM. May 17: Wednesday Night Folk. The Accomplice. Innovative one-man band delivers Grammy recognizable rock songs. 8:00 PM. May 18: Health Science Pub. Climate Change & Human Health: Bugs, Floods & Social Inequality. Final Science Pub Series presentation of the fifth incredible season! Enjoy lectures on scientific topics of general interest in our Arizona Room (main floor banquet room) over beer and snacks. The room opens at 5:00 PM and quite often is full by 6:00 PM. Avoid disappointment and come down early for dinner and a pint before the presentation which begins at 7:00 PM. This month's lecture will be presented by Amber Fletcher, Sociology and Social Studies, University of Regina and Mel Hart, Biology, University of Regina. Climate change is real and its impacts are beginning to be felt. Some of those impacts will directly affect human health. Diseases previously contained to specific locations such as tropical rain forests will spread into new environments with some consequences that can be predicted and some that likely can not. The frequency and location of "natural disasters" like floods, drought and wild fire will change. Protecting human health in the face of these changes is a complex and multifaceted task. It is made more complex by the fact that these events will impact different social groups in different ways. The two speakers will explore the science and social science of both what challenges climate change poses for human health and how we might think about society's response. May 19: ANNUAL SCREAMIN’ MOSQUITO CHILI BEER RELEASE. Our hot pepper-infused blonde ale makes its annual return this weekend. We have partnered with local businessman, Tony Matharu at the India Food Centre in Regina to provide a selection of fresh spicy peppers that will showcase their unique flavours in addition to varying degrees of heat. The first pepper offering will a nice, easy introduction to the style and is one of our most popular offerings – the classic Serrano Pepper! Hurts so good! May 19, 20 & 21: MAY LONG WEEKEND KEG EVENT. What better way to celebrate the year’s first warm long weekend than with a Bushwakker keg? Receive free ice, cups, coasters and the use of a keg chiller tub with any May long weekend keg order. Four sizes of kegs are available for any gathering big or small. May 20: THE 2nd POET LAUREATE’S POETRY & A PINT PRESENTATION. The Saskatchewan Poet Laureate Program was the first provincial program of its kind in Canada. The Saskatchewan Arts Board, Saskatchewan Book Awards, and the Saskatchewan Writers’ Guild are partners in the program, which is under the patronage of the Lieutenant Governor. Enjoy a Saturday afternoon of poetry readings from some of Regina and area’s established and up-and-coming writers including: Brenda Schmidt (New Poet Laureate of Saskatchewan), Anne McDonald, Bruce Rice, Carle Steel, Dave Sealy and Nathan Mader. Perhaps enjoy a slice of our special Chocolate Muse Cheesecake. One of our most “challenging” cheesecakes ever! 3:00 PM – 4:00 PM. May 21: Closed For the Holiday. Happy Victoria Day! May 24: Wednesday Night Folk. Farmer the Band. A return engagement from BC duo multi-instrumentalists who play drums, bass, guitars, percussion & harmonica. 8:00 PM.

Prairies' craft brewers seeking specialty malts elsewhere By Phil Franz-Warkentin CNS Canada — Craft breweries are a growing subsector of the Canadian beer industry, but the increased variety of local drink options are not necessarily 100 per cent homegrown, as a lack of domestically produced specialty malts forces brewers to look far afield to meet their needs. “We get our base malt locally, but we don’t have any maltsters in the province making the specialty malt we need,” Colin Enquist, sales and marketing manager with PEG Beer Co. in Winnipeg, said via email. The specialty malt being imported from the U.K., Germany, and other countries “comes down to the availability and some suppliers just having a better product,” he said. Malt is created through a three-step process which sees grain soaked, germinated, then kilned, converting the starches in the grain into sugars. Variations in that process, from the grain used to how long the end product is kilned or roasted, can impact the flavour of the resulting beer. “We’ve actually had a couple people come into the pub and ask if they opened a specialty malt shop if we’d be interested in buying more locally grown malt,” said Enquist, adding “we absolutely would buy all local if we could and it was to the quality we need.” An added irony of the situation is that in some cases the European malt finding its way into Canadian beers could have been created using Canadian barley to begin with, said Lawrence Warwaruk of Farmery Estate Brewery at Neepawa, Man. The Farmery brewery creates beer using grain grown on its own farm, but that barley is still malted offsite through an agreement with the Malteurop facility in Winnipeg. “There is definitely a market for specialty malts,” said Warwaruk, adding that while the large malting companies “do a fantastic job of what they do,” specialty malts have a higher value and could find a home both domestically and even abroad. “You need to create a demand for locally sourced barley, malted locally, and sold locally,” he said. His company has looked into malting its own grain as well. The Canadian Malt Barley Technical Centre (CMBTC) in Winnipeg runs training programs a few times a year for aspiring maltsters and those already in the industry. Peter Watts, managing director of the CMBTC, noted the craft malting sector is very small in North America, accounting for less than one per cent of the total malt production. He estimated that of the 40 to 50 craft maltsters in North America, only about half a dozen were in Canada. However, he said, there was plenty of interest from the craft industry. “With the growth and expansion in the craft brewing industry in the last ten years, it has created demand for craft maltsters,” said Watts. From a theoretical perspective, malting grain is rather basic, but in practice “it’s a pretty big investment up front,” said Watts. Matt Hamill of Red Shed Malting in Red Deer went through the CMBTC course and is now operating a small-scale maltster. The company’s genesis came from a conversation between Hamill’s father, a farmer, and his brother, who was brewing his own beer. “Why are we getting malt from Germany, when we grow pretty amazing malt-quality barley right here on the farm?” was the question asked, which, after a number of steps along the way, eventually led to a malt house. “We certainly felt, and still do feel, that there is a need and a place for craft maltsters,” said Hamill. “We can play around with different barley varieties and production methods,” he said, adding that the smaller scale also allows them to work closely with craft brewers “to make sure we’re giving them exactly what they’re looking for.” Craft brewing also uses more barley to make the same amount of beer, said Hamill, noting craft beer may need three to seven times more barley compared to mass-produced beers, as brewers are not supplementing with corn, sugar or other adjuncts. “The big maltsters make great base malt, but we feel there is an opportunity to do some unique things and put our own twist on it,” said Hamill, adding that “seeing your product make it into beer that you can get at the local liquor store is a pretty amazing thing.” 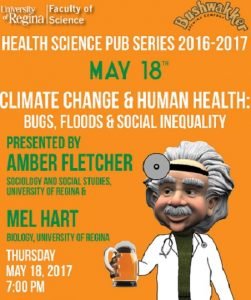