Our guest tap is currently pouring the very special Saskatchewan Craft Brewers Association collaboration brew called Multigrain Pale Ale. A bright, fresh hop-forward ale made with oats, barely, wheat and rye. Saskatchewan craft brewing history was made the day this beer was brewed at the Black Bridge Brewery in Swift Current! Never before have so many of our province’s craft brewers worked together to create one beer. $7.95 for a pint and $5.95 for a half pint. Next up is the Golden Ticket Belgian Blonde Ale from 9 Mile Legacy Brewing in Saskatoon. Our wine features for April are from Australia. The red is Hardy’s The Riddle Cabernet Merlot and the white is Banrock Station Unwooded Chardonnay. Both are $6.95 for a glass and $18.95 for a half litre. Our Sodbuster Brown Ale is available for growler fills at the Quance Street SLGA store in Regina for the month of April. Three other new Saskatchewan brewed beers are also available. Be sure to support this SLGA pilot program and help grow Saskatchewan craft beer. New Hours of Operation. Monday to Thursday hours are now 11:00 AM to midnight and Friday and Saturday hours are 11:00 AM to 1:00 AM. Sunday hours remain unchanged at 12:00 PM to 9:00 PM.

Bushwakker at the 2017 Craft Brewers Conference

Bev Robertson Last week, Bushwakker head brewer Michael and I attended the annual meeting of North American craft brewers and their suppliers in Washington DC. Roughly 12,300 people from the industry, representing 5300 breweries, were there. Every day presented hundreds of opportunism to sample new beers. Unfortunately, I’m on the wagon right now for medical reasons. The president of the organization offered an opening talk that described the values of the craft beer industry as a whole; authenticity, collaboration, transparency, community involvement, local focus, respecting customers etc. If you noticed that these qualities are also the Bushwakker corporate philosophy, it’s not a coincidence. When I was planning the Bushwakker over a period of several years three decades ago I observed most of the existing successful brewpubs in North America at existing at that time and noted what values reflected their success and adopted them. I had reason to ask an employee of the conference center for information. A conversation ensued. She told me that of all the hundreds of large conferences at which she had worked these people were very different. They were polite, friendly and most had a smile on their face. It was clear that they enjoyed their work!

Apr. 22: Annual Bushwakker Brewer’s Dinner. Last chance to get tickets to our biggest dining event of the entire year! The theme of this year’s five-course decadent dining experience will focus on local Saskatchewan ingredients. Only 100 “Savour Saskatchewan” Brewer’s Dinner tickets will be made available. Don’t miss our biggest culinary/brewing event of the year! Tickets are $85 each. 7:00 PM. For menu information please visit: https://www.facebook.com/events/187322715105560/ Apr. 24: Monday Night Jazz & Blues. Brian Baggett. 12-String Chapman Stick master from Texas returns! 8:00 PM. Apr. 26: Wednesday Night Folk. The Lincoln Loggers. Lumberjack-themed band plays fun quirky covers. 8:00 PM. May 1: Monday Night Jazz & Blues. The Ministry of Groove. 1970’s jazz funk and beyond. 8:00 PM. May 3: Monthly ALES Meeting. After conducting yet another successful ALES Open national homebrewing competition, one of Canada’s most respected clubs gets right back into their regular schedule. This month’s presentation topics include; Ciders, Making Cider and Brew Day Efficiency/Green Brewing. Meetings are held on the first Wednesday of the month in the Bushwakker basement clubroom and begin at 8:00 PM. New members are always welcome. May 3: Wednesday Night Folk. Spring Spectacular Singer/Songwriter Showcase. Neil Child leads this evening showcasing veteran and up-and-coming local musicians including; Trent Leggott, Regan Hinchcliffe, Tom Douglas, Mark Wilson, Cory Baldwin, Devon Floyd and more. 8:00 PM. May 5: First Firkin Friday. William Shatner is in town this weekend and we will be releasing a special brew in his honour. The Tartan Kiss is a rich stout which pays homage to William’s Montreal birthplace by incorporating special imported dark maple syrup from Quebec as well as Macallan single malt scotch, oak and La Gardin Chateauneuf du Pape French red wine. Only 500 bottles of this one-time offering will be produced and a few kegs will be available on tap. Mr. Shatner has visited the Bushwakker previously to enjoy our 20th anniversary brew, The Tartan Tzar. He has also tried our 25th anniversary ale, The Revenge of the Tartan Tzar and stated, “This could be the best beer and the best single malt I have ever tasted.” A firkin of The Tartan Kiss will be tapped at 5:30 to officially launch our third offering in the Tartan Series and a “very special” person has expressed interest in participating in the ceremony if time allows! Hmmmm…sorry, but we can’t tell you who! May 8: Monday Night Jazz & Blues. Christie-Anne AbouChakra. Powerhouse jazz vocalist returns with a trio! 8:00 PM. May 10: Wednesday Night Folk. The Empire Associates.  An encore performance from this powerful husband and wife duo. 8:00 PM. May 15: Monday Night Jazz & Blues. Call Me Mildy. Blues/rock, slide & harmonica blues peppered with reggae-laden melodies. 8:00 PM. May 17: Wednesday Night Folk. The Accomplice. Innovative one-man band delivers Grammy recognizable rock songs. 8:00 PM. May 18: Health Science Pub. Climate Change & Human Health: Bugs, Floods & Social Inequality. Final Science Pub Series presentation of the fifth incredible season! Enjoy lectures on scientific topics of general interest in our Arizona Room (main floor banquet room) over beer and snacks. The room opens at 5:00 PM and quite often is full by 6:00 PM. Avoid disappointment and come down early for dinner and a pint before the presentation which begins at 7:00 PM. This month's lecture will be presented by Amber Fletcher, Sociology and Social Studies, University of Regina and Mel Hart, Biology, University of Regina. 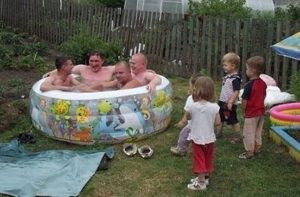 Only a few short years ago one would have been required to do a fair bit of searching in order to find a quality craft beer brewed in Saskatchewan. These days the province's craft beer industry is growing at an unprecedented rate never before seen in our history. Small, independent craft breweries are now found in our largest cities and our smallest towns. People with passion for serious suds are the driving force behind the Saskatchewan craft beer boom. They are focused on delivering quality rather than quantity. We often hear "variety is the spice of life" and our craft brewers are creating new and exciting beer styles which are showing up in pubs and liquor outlets all across the province to meet the growing demand. The formation of the Saskatchewan Craft Brewers Association in early 2016 was a natural progression born of the need for the small brewers scattered across the province to connect and share great brewing stories as well as their daunting concerns. More importantly, the Association provides small craft brewers a united voice to work with government, foster awareness of the cultural, community and economic benefits of locally-crafted beer, promote and practice ethical and legal trade practices and support prospective start-up craft breweries. Craft brewing history was recently made in Saskatchewan when the thirteen SCBA member brewers and representatives came together at the Black Bridge Brewery in Swift Current to create a special beer commemorating the incredible growth, creativity and talent found in our local craft brewing community. The SCBA Multigrain Pale Ale is a celebration of Saskatchewan! It incorporates a variety of grains found all across the province including; wheat, oats, barley and rye. This unfiltered ale shines a vibrant gold with lively fresh hop notes and a refreshing character. Definitely a special brew to enjoy as we celebrate spring in Saskatchewan. This inaugural SCBA offering will be officially released on Friday, April 21st at SCBA member’s locations across Saskatchewan. It will also be available in 355ml cans in SLGA liquor outlets as well as on tap in select establishments where Saskatchewan craft beers are sold. 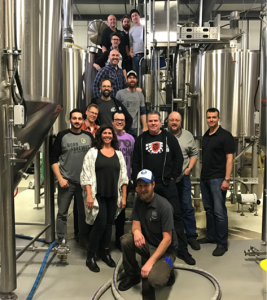 The largest Saskatchewan craft beer collaboration in our province’s history will be released on April 21st. Various brewery members of the Saskatchewan Craft Brewer’s Association gathered at the Black Bridge Brewery in Swift Current the day the SCBA Multigrain Pale Ale was brewed.

A rich white guy in Georgia decided that he wanted to throw a party and invited all of his buddies and neighbors.  He also invited Leroy, the token black guy in the neighborhood. He held the party around the pool in the backyard of his mansion. Everyone was having a good time drinking, dancing, eating shrimp, oysters and BBQ and flirting with the women. At the height of the party, the rich white dude said, "I have a 10 foot man-eating gator in my pool and I'll give a million dollars to anyone who has the balls to jump in." The words were barely out of the rich white dude's mouth when there was a loud splash and everyone turned around and saw Leroy in the pool! Leroy was fighting the gator and kicking its ass! Leroy was jabbing the gator in the  eyes with his thumbs, throwing punches, doing all kinds  of things like head butts and chokeholds, biting the gator on the tail and flipping the gator through the air like some  kind of Japanese judo Instructor.  The water was churning and splashing everywhere. Both Leroy and the gator were screaming and raising hell. Finally Leroy strangled the gator and let it sink to the bottom like a K-Mart gold fish. Leroy then slowly climbed out of the pool. Everybody was just staring at him in disbelief.  Finally the rich white guy says, "Well, Leroy, I reckon I owe you a million dollars." "No, that's okay. I don't want it," said Leroy. The rich white dude said, "Man, I have to give you something. You won the bet. How about half a million bucks then?" "No thanks. I don't want it.", answered Leroy. The white dude said, "Come on, I insist on giving you something. That was amazing. How about a new Porsche and a Rolex and some stock options?" The brother said no. The confused rich white guy said, "Well, Leroy, then what do you want?" Leroy answered, "I want the name of the muthaf**ka' who pushed me in the pool."