Our guest tap is currently pouring the “Blame it on the Grain” Vanilla Stout from Regina’s Malty National Brewing; $7.95 for a pint and $5.95 for a half pint. Up next is a Dry-Hopped Saison from Black Bridge Brewery in Swift Current. Our very popular premium wines for March are from the Henry of Pelham Winery in Ontario. The red is a Baco Noir VQA and the white is a Sauvignon Blanc VQA; $7.50 for a glass and $21.95 for a half litre. The Bushwakker has been nominated in 19 categories in the 2017 Prairie Dog “Best of Food” Regina reader’s poll. Please visit http://prairedogmag.secondstreetapp.com/l/Best-of-Food-Regina-2017/Home and cast your vote. Our nominated categories for Best in Regina include; salads, soups, local fries, burgers, veggie burgers, fish & chips, desserts, gourmet pizzas, beer menu, nachos, wings as well as best place to argue about politics, best lunch restaurant, best restaurant for a party, best scene, best downtown/central pub, best chef (Mike Monette), best bartender (Troy Bleich) and best pub/lounge server (Cheryl Tovey.) We thank you for your continued enthusiasm and support! Our Dungarvon Irish Red Ale is available for growler fills at the Quance Street SLGA store in Regina for the month of March. Three other new Saskatchewan brewed beers are also available. Be sure to support this SLGA pilot program and help grow Saskatchewan craft beer. Tickets to the April 22nd Bushwakker Brewer’s Dinner will go on sale Sunday, March 26th at noon sharp! The theme of this year’s five-course decadent dining experience will focus on local Saskatchewan ingredients. Only 100 “Savour Saskatchewan” Brewer’s Dinner tickets will be made available. Don’t miss our biggest culinary/brewing event of the year! Tickets are $85 each. This year’s menu is as follows: COURSE ONE: Saskatchewan Charcuterie Plate What a start! House-made pancetta, cured duck, bison stout summer sausage, cheeses, soda & sourdough beer breads and Munich Helles mustard! Prepared with: Pickard’s Oatmeal Cream Stout & Kai’s Munich Helles Served with: Stubblejumper Pilsner COURSE TWO: The Bock Hock  Pork hocks braised in Bock and served with the braising jus, oyster mushrooms, pearl onions and micro-greens. Prepared with: Baron Bock Served with: Chinook ESB COURSE THREE: Blood Orange Pickerel Cheek Salad Crispy Blood Orange Blonde Ale marinated pickerel cheeks with arugula greens, shaved fennel, tomatoes, blood orange segments and grated cured egg yolk with IPA vinaigrette. Prepared with: Blood Orange Blonde & Chico IPA Served with: Kai’s Munich Helles COURSE FOUR: Sodbuster Bison The star of the show! Pan seared bison tenderloin with a green peppercorn brown ale demi-glaze, roasted winter root vegetables and fingerling potatoes. Prepared with: Sodbuster Brown Ale Served with: Pickard’s Oatmeal Cream Stout COURSE FIVE: Waffle Ice Cream Sandwich A delicious end to the evening! Pistachio ice cream in a silver dollar Saskatoon berry waffle sandwich drizzled with Blackberry Mead syrup. Finished with berries and brewer’s malt sponge toffee. Prepared with: Blackberry Mead & sweet brewer’s wort Served with: Blackberry Mead!!! New Hours of Operation. Monday to Thursday hours are now 11:00 AM to midnight and Friday and Saturday hours are 11:00 AM to 1:00 AM. Sunday hours remain unchanged at 12:00 PM to 9:00 PM. Bushwakker Sundays just got even better! Enjoy our Sunday Steak & Eggs Feature for only $15.95 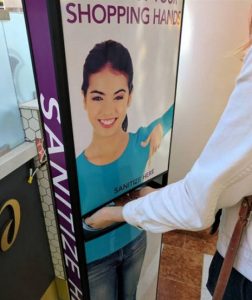 Using Craft Beer as a Vehicle for Good

Will McGough     Craftbeer.com Craft beer pioneers had a clear vision: to serve a better, more full-flavored beer. That goal drove Boston Beer’s Jim Koch and Brooklyn Brewery’s Steve Hindy and countless others to persevere through ups and downs in a new and emerging market of beer drinkers. Beyond creating a better product, many craft brewers use their small businesses as a vehicle for change. Small and independent craft brewers made more than $71 million in charitable contributions in 2014, according to the Brewers Association, CraftBeer.com’s parent organization, and you can find endless examples of breweries giving back to their communities. But what you don’t always see are individual efforts to use craft beer as a tool, as a way of funding and supporting specific causes related to philanthropy. It goes beyond donating kegs or a portion of beer sales to charity from time to time. Brewers and craft beer-related businesses are literally harnessing craft beer’s popularity for good in a way we haven’t seen before.

Ex Novo Brewing became the country’s first nonprofit craft brewery when it opened in Portland in 2014. On the surface, it looks like a normal brewery, and a well-oiled one at that with a 16-beer portfolio and a thorough food component, including dessert and brunch items. But any dough that comes through those doors is immediately sent back out. Ex Novo partners with four local charities, donating all its profits to them. Founder Joel Gregory called the brewery “a permanent fundraiser to support causes.” “Part of our mission statement from the get go was to support those who serve their country and their community,” Ryan said. Home of the Brave Brewing in Honolulu, which we featured back in December for the 75th Anniversary of Pearl Harbor, brews beers in a one - barrel  system in the back of a World War II museum, serving it up 1942-style in its hidden speakeasy. Owner Glen Tomlinson sums up the method of using craft beer as a liaison perfectly. “World War II is ancient history to young people nowadays, so if beer needs to be the bridge to bring them in, so be it. When younger guests come to the speakeasy and I’m able to share some of these stories, they are blown away,” Tomlinson said. “Add a craft beer that’s brewed downstairs… It’s been a winning combination.” In Kailua, Hawaii, Tim and Holly Veling have taken to craft beer as a way to fund their nonprofit, the ONEninetynine Initiative. They came up with the concept of Grace in Growlers, a craft beer tasting room that serves up to 36-ounces per visit and sells growlers to go, including many members of the BA. The concept of Grace in Growlers was developed in the same vein as Ex Novo, yet the two models have stark differences. Ex Novo is a nonprofit brewery that donates its profits to external organizations. Grace in Growlers is a for-profit tasting room that donates its profits to its own nonprofit. “Sometimes people [we meet here at the tasting room] will come on a Saturday to help with our [nonprofit], and then they’re back in here drinking beer again the next night,” Tim said. “Which is the most amazing thing. It’s exactly what we’re trying to do here.”

Don’t get these small business owners wrong: even though giving back is part of their mission, selling and making great beer is still the top priority. One thing that everyone who we talked to for this article expressed was a proper set of checks and balances and transparency that ensures their motivations are not misconstrued. Grace in Growlers has the aforementioned 36-ounce limit per visit, for example, and Ex Novo decided to become a nonprofit mainly because they liked the idea of a board with multiple members. Gregory said he receives calls from people for advice on how to start their own nonprofit brewery. He speaks with them about the pluses and minuses of becoming a nonprofit and advises them on which structure might be best for them. But he has one underlying piece of advice for anyone who might want to start a business with the same idea: Regardless of the purpose or mission, regardless of the organization, focus on the beer first and foremost. “Maybe someone will come in for the first time and get excited about the mission and giving back, but if it’s mediocre beer, then they won’t come back,” said Gregory. “So beer has always been the focus for us because people come back for the beer.” It’s good to hear Gregory say that. Good beer is something we can all get behind. 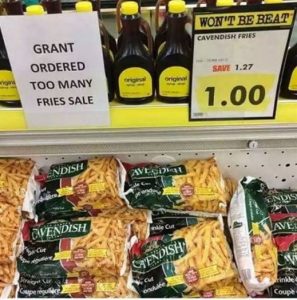 A football coach of an all Redneck team walked into the locker room before a game, looked over to his star player and said, "I'm not supposed to let you play since you failed math, but we need you in there. So what I have to do is ask you a math question, if you get it right, you can play." The player agreed, and the coach looked into his eyes intently and asks, "Okay, now concentrate... what is two plus two?" The player thought for a moment and then he answered, "Four?" "Four?!?" the coach exclaimed, excited that he got it right. At that, all the other players on the team began screaming, "Come on coach, give him another chance!"