Our guest tap is currently pouring a Ginger Apple Cider from Lonetree Cider Company in BC; $7.95 for a pint and $5.95 for a half pint. Up next is the “Blame it on the Grain” Vanilla Stout from Regina’s Malty National Brewing. Our very popular premium wines for March are from the Henry of Pelham Winery in Ontario. The red is a Baco Noir VQA and the white is a Sauvignon Blanc VQA; $7.50 for a glass and $21.95 for a half litre. Our Dungarvon Irish Red Ale is available for growler fills at the Quance Street SLGA store in Regina for the month of March. Three other new Saskatchewan brewed beers are also available. Be sure to support this SLGA pilot program and help grow Saskatchewan craft beer. Tickets to the April 22nd Bushwakker Brewer’s Dinner will be available Sunday, March 26th at noon. The theme of this year’s five-course decadent dining experience will focus on local Saskatchewan ingredients. Only 100 “Savour Saskatchewan” Brewer’s Dinner tickets will be made available. Don’t miss our biggest culinary/brewing event of the year! New Hours of Operation. Monday to Thursday hours are now 11:00 AM to midnight and Friday and Saturday hours are 11:00 AM to 1:00 AM. Sunday hours remain unchanged at 12:00 PM to 9:00 PM. Bushwakker Sundays just got even better! Enjoy our new Sunday Steak & Eggs Feature for only $15.95. 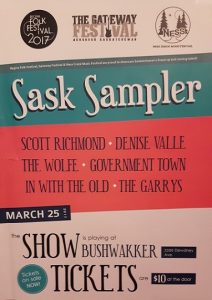 Mar. 27: Monday Night Jazz & Blues. The Jazz Band-Its. The biggest band to ever grace the Bushwakker stage plays big band, jazz and swing. 8:00 PM. Mar. 29: Wednesday Night Folk. A Storry with Hughes. Veteran guitarmen, Billy Hughes and Jeff Storry return. 8:00 PM. The following article addresses a number of women making a positive impact on the craft beer industry in Minnesota. It was deemed appropriate to feature it in our weekly newsletter in acknowledging International Women’s Day which was on March 8th. The Bushwakker would not be the success it is today without the many outstanding contributions made by women. Elaine Robertson is a Bushwakker co-founder and was the original general manager. Kelly Monette has played a key role with the brewpub since its inception and serves as current general manager. Cheryl Tovey is undoubtedly the company’s most recognizable face serving as floor manager for 25 years. Office manager, Kristen Welisch has been with the brewpub since she was a teenager first working as a dishwasher. Supervisors Rayna Hart and Kristy Engele have overseen the evening activity in the front of house for many years and hold great promise in becoming even more actively involved in the future. Of course, long-time serving staff, Crystal Diaz and Donna Malach have served part-time at the Bushwakker for many, many years. Many other female serving staff have also been a part of the Bushwakker team for an extended period of time. The outstanding dedication and loyalty these many women have demonstrated has most certainly played an integral part in our longevity and favourable public perception. It is also noteworthy to mention the current president of the Saskatchewan Craft Brewers Association is Kari Stenson of Black Bridge Brewing in Swift Current.

By Jerard Fagerberg  Every time I do an interview at a brewery, I’m always directed to the same person. Typically, I’m referred to the brewer, and typically this brewer is a man -- a congenial dude with a blue-collar ethic and a beard that could sell beer on its own. This image of the brewer has come to epitomize the very identity of brewing in its many facets. This person isn’t just the creator; they’re the manifestation of the entire craft beer industry. It’s a pervasive association -- find the beard, find the person who knows what they’re talking about. Meanwhile, entire populations of the craft beer world are being ignored. As the industry leaps forward, more and more people that don’t match the archetype have taken leadership roles in the state’s 120-odd brewhouses. Most notably, women have taken a commanding role, occupying positions in all phases of the industry. Though the outward face of craft beer is still indelibly male, these are the women who are committed to changing the way you think about their industry. Deb Loch :  Co-founder and master brewer, Urban Growler Jill Pavlak and Deb Loch laid new ground when they opened Urban Growler in 2014. Not only was their co-owned microbrewery the first beer maker in Minnesota owned by women, it was the first with a female head brewer. At the time, it was a novel achievement, and forward-thinking beer nuts crammed their brick building in St. Paul to support the cause. Two years later, Loch has seen her company become less of a novelty and more of an institution -- and she couldn’t be prouder of that transition. “A lot of people don’t actually know that we’re the first woman-owned brewery,” she said. “It’s an interesting fact that might get people here the first time, but I hope they come in the second time for the beer and the service.” Though she brushes off the term “figurehead,” Loch’s influence on the brewing industry in Minnesota cannot be denied. A biomedical 9-5er turned brewery-owning trailblazer, Loch’s story has intoxicated locavores and earned her countless invites to speak on panels on behalf of her gender. She’s the de facto press contact for anything gender-related in the beer scene. It’s all very flattering, but her intention was only ever to make great beer. “We love to tell the story, because it’s a way for people to connect,”  she said. “People are sometimes nervous to meet us, and we’re like ‘Us? Why?’ We’re just two regular people.” This identity struggle isn’t new to Urban Growler. Since the beginning, Loch has weighed the idea of selling her business as “the women-owned brewery.” On the one hand, she’s glad to inspire a population she knows is underrepresented in her industry. On the other, she doesn’t want her gender to be a gimmick. Luckily, Loch is becoming less of an anomaly in her community. In her two years in the commercial space, she’s seen a determined uptick in the number of women joining her ranks. It’s still not quite enough, but if her example can convince anyone that their gender isn’t a factor, then that’s her definition of success. “More and more women are realizing this is an option and that you don’t have to have a beard to be a brewer,” Loch said. “There’s the scientific aspect of it, and there’s the creative aspect of it, and both parts are gender neutral. You just have to trust that you can do it.” READ MORE 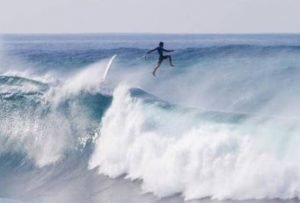 Two Alberta Farmers were looking at a Sears catalog and admiring the models. One says to the other, 'Have you seen the beautiful girls in this catalog?' The second one replies, 'Yes, they are very beautiful. And look at the price!' The first one says, with wide eyes, 'Wow, they aren't very expensive. At this price, I'm buying one.' The second farmer smiles and pats him on the back. 'Good idea! Order one and if she's as beautiful as she is in the catalog, I will get one too.' Three weeks later, the youngest farmer asks his friend, 'Did you ever receive the girl you ordered from the Sears catalog?' The second farmer replies 'No, but it shouldn't be long now. I got her clothes yesterday!’