Our guest tap is currently pouring the Dang IPA from Regina’s Malty National Brewing; $7.95 for a pint and $5.95 for a half pint. Next up is the Nokomis Craft Ales Black IPA. Following that we will pour a Ginger Apple Cider from the Lonetree Cider Company in BC. Our premium wines for February are from the Yalumba Winery in Australia. The red is a Shiraz and the white is a Pinot Grigio; $8.50 for a glass and $22.95 for a half litre. Our Dungarvon Irish Red Ale is available for growler fills at the Quance Street SLGA store in Regina for the month of March. Three other new Saskatchewan brewed beers are also available. Be sure to support this SLGA pilot program and help grow Saskatchewan craft beer. New Hours of Operation. Monday to Thursday hours are now 11:00 AM to midnight and Friday and Saturday hours are 11:00 AM to 1:00 AM. Sunday hours remain unchanged at 12:00 PM to 9:00 PM.

Feb. 27: Monday Night Jazz & Blues MID-WINTER BLUES FESTIVAL EDITION presents Christie-Anne Blondeau. This powerful vocalist kicks off the 2017 festival in fine form. 8:00 PM. Mar. 1: Monday Night Jazz & Blues MID-WINTER BLUES FESTIVAL EDITION presents The Treefellers. A new blues rock group lead by Glen Freeman with Cal Harle on drums, Dan Flegel on keys and Al Jeans on guitar. 8:00 PM. Mar. 1: ALES Monthly Meeting. Only one more month until the ALES Club hosts one of Canada’s largest homebrewing competitions in the Bushwakker clubroom. If you are interested in learning more about the ALES Open or improving your skills as a homebrewer, the ALES Club is for you! New members are always welcome. This month’s presentation topics include: British Bitters, Beers for Everyone and Dealcoholizing/Gluten-free Brewing. 8:00 PM. Mar. 3: First Firkin Friday. The firkin gets tapped at 5:30. Plan to arrive early and pre-order your firkin pint! The longstanding Bushwakker tradition continues! On the first Friday of each month a small keg (firkin) of special ale is carried throughout the pub in a procession lead by a piper from The Regina Police Services Pipes & Drums. A volunteer then wields the enormous handmade wooden maul affectionately named, The Mighty Firkin Wakker, and attempts to tap the keg of creative brew in one mighty blow. To view some of the more notable messy tappings, visit https://www.youtube.com/ watch?v=OGb9MM34Zsc and watch our First Firkin Friday 25 Year Edition! Mar. 4: The Annual Saturday Afternoon Blues Showcase. Presented in conjunction with The Regina Delta Blues Association and the 23rd Mid-Winter Blues Festival Week, the free Saturday afternoon showcase is our biggest blues event of the year! Enjoy three local blues acts on the Bushwakker stage including: Brent Neilsen & Kara Golemba, Billy Hughes & Jeff Storry, and Evan Chambers & the Third Alarm. Hosted by Jeff “Redbeard” Corbett of 91.3 FM CJTR Regina Community Radio. Perhaps try a slice of his signature Redbeard’s Chocolate-Chocolate Cheesecake! 1:15 PM – 4:30 PM. 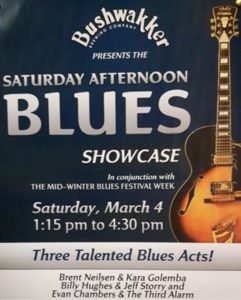 State That Had Prohibition the Longest Now Growing Barley for Beer: 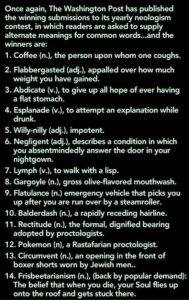