Our premium red wine for January is Brazos de Los Andes Red from Argentina: $7.95 for a glass and $21.95 for a half litre. The white is Smoky Bay Pinot Grigio from Australia: $6.95 for a glass and $17.95 for a half litre. Our guest tap is currently pouring a Rum Barrel Aged Chocolate Orange Porter from the Prairie Sun Brewery in Saskatoon. $8.95 for a pint and $6.95 for a half pint. Regina’s Pile O’ Bones Brewing Company will then make their Bushwakker debut with a White IPA. New Hours of Operation. Commencing on Monday, January 16 we will be closing one hour earlier. Monday to Thursday hours will be 11:00 AM to midnight and Friday and Saturday hours will be 11:00 AM to 1:00 AM. Sunday hours will remain unchanged at 12:00 PM to 9:00 PM. Our Cheryl’s Blonde Ale is available for growler fills at the Quance Street SLGA store in Regina for the month of January. Three other new Saskatchewan brewed beers are also available. Be sure to support this SLGA pilot program and help grow Saskatchewan craft beer. Bushwakker Prime Rib Weekends. Back for a limited time! Our melt-in-your-mouth, low-and-slow roasted prime rib dinners with jumbo Yorkshire pudding have returned. And Sunday dinners just got a whole lot better at the Bushwakker! Choose from either an 8 oz. or a 10 oz. cut. Prime rib is definitely one of Bushwakker executive chef Mike’s specialties.

Jan 21: Bushwakker 26th/Robert Burns 258th Birthday Bash. Join us as we celebrate over a quarter century of award-winning beer and pub cuisine and Scotland’s favourite son, Robbie Burns. Live rollicking reels with The Tilted Kilts and The Regina Police Services Pipes & Drums, highland dancing, FREE haggis, neeps and birthday cake, the tapping of the Scottish birthday firkin plus Burns poetry and historical overview from Saskatchewan author and playwright, Ken Mitchell. Bushwakker trivia quiz and prizes to be won too! A great way to shake those January blahs. The dance floor will be open! $5 cover charge goes into effect at 5:00 PM and the event begins at 6:00 PM. 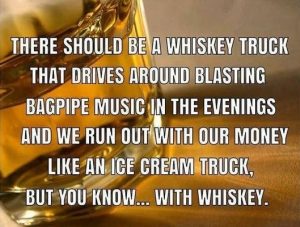 Bagpipes, Robert Burns single malt scotch and chocolate birthday cake await you as part of our Bushwakker and Robbie Burns combined birthdays event. Sorry, no ice cream though! Jan 23: Monday Night Jazz & Blues. Brian Baggett. Enjoy the rich sound of the 10 string Chapman Stick from this Houston, Texas native. 8:00 PM. Jan. 25: Wednesday Night Folk. The Sub-Zero Saskatchewan Singer/ Songwriter Showcase. Veteran singer/songwriter Neil Child leads this event featuring both Regina veteran and up-and-coming musicians including Cory Baldwin and Erin Wieler. 8:00 PM (New start time). Jan. 27 & 28: Beer Bacon Bands. The popular beer and live music event returns to the Conexus Arts Centre. Be sure to stop by the Bushwakker booth and sample three popular seasonal offerings. Beer, bacon and music aficionados unite to sample cold brews, taste unique bacon creations and listen to awesome live music, while having fun with a few thousand of their closest friends! 7:00 PM -11:00 PM. Jan. 30: Monday Night Jazz & Blues. Jeff Mertick. Veteran bluesman returns for a soulful encore performance. 8:00 PM. Feb. 1: Monthly Ales Meeting. New members are always welcome to sit in on a meeting with some of the Regina’s most enthusiastic homebrewers. This month’s topics of discussion include: Barleywines, Brewing Ice Beer/High ABV Beer, Cleaning and Sanitation and Off-flavours. Meetings are held in the Bushwakker basement clubroom on the first Wednesday of the month at 8:00 PM. Feb. 1: Wednesday Night Folk. A Storry With Hughes. Veteran guitar duo resurrected from the ashes of Billy & the Bad Boys. 8:00 PM. Feb. 6: Monday Night Jazz & Blues.  The U of R Jazz Band. Come witness Regina’s up-and-coming jazz stars. This is one big band! 8:00 PM. Feb. 8: Archives Week ‘Perspectives on the Northwest Resistance.’ Presented by the Provincial Archives of Saskatchewan as part of Archives Week. This two hour event will feature readings from never before seen 1885 dispatches to and from the war front, and excerpts from Louis Riel’s diary. Speakers include Prof. James Daschuk and Prof. Sylvain Rehault from the University of Regina, Darren Prefontaine from the Gabriel Dumont Institute, and master of ceremonies Frank Korvemaker, and characters from the ‘Trial of Louis Riel’ play. Archives Week showcases the role that archives and archivists play in preserving and making available Saskatchewan's documented heritage. Activities in communities across the province include celebrity reading events, film nights, open houses, exhibits and more. 7:00 PM. Feb. 8: Wednesday Night Folk. The Empire Associates.  A return engagement from this powerful husband and wife folk duo. 9:00 PM. Note later start time due to Sask Archives event. Feb. 13: Monday Night Jazz & Blues. Round Midnight. Veteran Regina act plays popular jazz. 8:00 PM. Feb. 14: Valentine Mead Tasting Event. Treat yourself or bring your honey to this Honey Wine event! Sample five mead offerings from Prairie Bee Meadery - Saskatchewan’s only full-time meadery. Their products incorporate locally produced honey and fruit, much of which is grown on their own land. Meadery founder, Vickie Dirksen will share her story and lead you through the mead making process. Tickets only $20 each. Only 50 tickets available. 7:30 PM. An optional special Valentine’s Mead Tasting Dinner featuring Veal Osso Buco with Pancetta Milanese as well as Italian Layered Torte with Pistachio Cappuccino Ice Cream will also be available prior to the mead tasting.

By: Jennifer Graham, The Canadian Press REGINA - The tap is pulled forward, a pint glass tilted at an angle below, ready for the flow of golden liquid. Maybe it's an India Pale Ale, a blond, a sour or perhaps something a little darker like a Belgian-style Flanders. Whatever quenches your thirst, craft brewers in Regina are offering beer selections to please the palate. The guys at Rebellion Brewing brewed their 300th batch this month. That's the equivalent of one million pints since the company opened about two years ago. "That's pretty awesome," said Mark Heise, who was a home brewer and became one of Rebellion's founders along with Jamie Singer. "And I don't think our attitude has changed a whole lot — we still are just trying to make really fun, exciting beers that we enjoy." Singer says the craft beer industry is growing across Canada and it's just starting to explode in Saskatchewan. He says there's a feeling of camaraderie in the industry and everyone can work together to make Regina and the region a draw for craft beer. "Our whole idea is very akin to what the winery region in the Okanagan is or Niagara region is," said Singer. "They're all competitors, but ultimately, also, if you can pull people into that local stuff and get them drinking really great craft beer, or wine in the Okanagan, everybody else is going to be turned on to it too ... and we start to grow that whole market together." Rebellion is in Regina's Warehouse District. The tap room has 16 beers on tap, including beer from other Saskatchewan breweries, such as Nokomis Craft Ales, a microbrewery in Nokomis, about 135 kilometres north of Regina. There's a limited food menu, but it's all local, from the pizza to the pretzels to the meat pies. In the summer, food trucks set up out front, so people can grab a bite and bring it into the tap room to eat with their pint. "It's about just celebrating and enjoying things that make your community unique," said Heise. Singer says the Bushwakker Brewpub, also in the Warehouse District, set the foundation for craft beer in Regina. The Bushwakker Brewpub opened more than 25 years ago. It's a full restaurant with the brewery attached. The walls have works from Saskatchewan artists, photographs from Regina's history — including when the Warehouse District was hit by a tornado in 1912 — and local music pours from the speakers. Bushwakker bar manager Grant Frew says craft brewers, like Bushwakker, Rebellion and Regina's Malty National, are "all about making really good beer." "The smaller breweries, we're making smaller batches of beer, we can use nothing but malted barley — that's the only thing that we use to produce the alcohol — and that has much more flavour," explained Frew. The first Saturday of December has come to be known as Mead Day in Regina. The brew pub uses honey from the nearby community of Lumsden to make its Blackberry Mead and people wait for hours in anticipation. "The first people in line set up their ice-fishing tent at 3:45 in the afternoon — that was 19 hours and 15 minutes before the mead went on sale," said Frew. "And then the second people in line were a couple of gentlemen from Manitoba and they were dressed up like astronauts … and they made up a special little logo that said 'Mission to Mead' and they brought along a cutout of Chris Hadfield with them." All 6,000 bottles were sold out by the afternoon. The Bushwakker Brewpub sells more than 30 beers, including its own specialty and seasonal beers, plus one tap dedicated to guest beers such as Nokomis, Black Bridge Brewery in Swift Current, Paddock Wood microbrewery in Saskatoon and Malty National. Malty National is a microbrewery nestled in Regina's Heritage neighbourhood, in a building with a coffee shop and a vintage record and clothing store. It opened in March 2016. Kelsey Beach, one of the owners of Malty National, says they brew six times a month, so there are always new beers. One beer was brewed with hops donated by local residents. "Every brewery has its own taste and flavour profile ... and you can't get beers like the Bushwakker or Rebellion or Malty National elsewhere in Canada," said Beach. "If you come to visit the craft breweries in Regina, you'll get something that you can't get elsewhere." _ _ _ If You Go... https://rebellionbrewing.ca, on Facebook as Rebellion Brewing Co and in Regina at 1901 Dewdney Ave. www.bushwakker.com, on Facebook as Bushwakker Brewing Company and in Regina at 2206 Dewdney Ave. www.maltynational.com, on Facebook as Malty National Brewing co and in Regina at 1130 15th Ave. www.skcraftbrewers.ca www.tourismsaskatchewan.com/sasksecrets-march-2015/craft-breweries 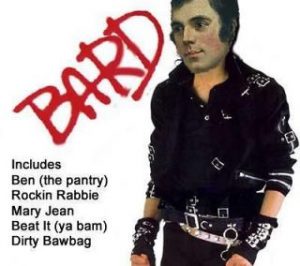