Our premium red wine for January is Brazos de Los Andes Red from Argentina. $7.95 for a glass and $21.95 for a half litre. The white is Smoky Bay Pinot Grigio from Australia. $6.95 for a glass and $17.95 for a half litre. Our guest tap is currently pouring a Bourbon Barrel Aged Imperial Stout from Nokomis Craft Ales located in Nokomis, Saskatchewan. $9.95 for a pint. Next up is a brand new single malt offering from Black Bridge Brewing in Swift Current, their UNO IPA. Our Cheryl’s Blonde Ale is available for growler fills at the Quance Street SLGA store in Regina for the month of January. Three other new Saskatchewan brewed beers are also available. Be sure to support this SLGA pilot program and help grow Saskatchewan craft beer. Bushwakker Prime Rib Weekends. Back for a limited time! Our melt-in-your-mouth, low-and-slow roasted prime rib dinners with jumbo Yorkshire pudding have returned. And Sunday dinners just got a whole lot better at the Bushwakker! Choose from either an 8 oz. or a 10 oz. cut. Prime rib is definitely one of Bushwakker executive chef Mike’s specialties. The Bushwakker is now OPEN ON SUNDAYS from Noon to Nine. Enjoy our Sunday New York Steak & a Pint feature. Our Bushwakker Writers Corner was launched in November 2016. It is a new space dedicated to celebrating the recent works of Saskatchewan published authors. What will begin as one shelf will hopefully grow into a large library showcasing our province's word smiths. Pub patrons are encouraged to peruse a copy whilst enjoying a pint. The books in the corner library will be available for patrons interested in reading works by local authors and the books are to remain in the brewpub. One of our featured authors is Bev Lundahl. She grew up in rural Saskatchewan but has made her home in Regina for most of her adult life.  Her career has been almost as tangled as her roots. After attending the University of Saskatchewan she taught school in the arctic, BC and Saskatchewan and then spent a year overseas.  Later she worked in the Regina Public Library, in recreation at Regina Pioneer Village nursing home and in various offices of the Saskatchewan Government.  Genealogy though has been her lifelong passion and for the past number of years she has had articles published based on her historical research. Her featured book is called Entangled Roots, the Mystery of Peterborough's Headless Corpse. The 1894 death of David Scollie in Peterborough, Ontario, has haunted both the town and the family of Hessie Gray, the sharp-tongued Irish woman accused of his murder. Hessie’s descendant, Bev Lundahl, has searched a century’s worth of historical documents looking for the truth. If David Scollie died in a house fire, as it seemed, why had his head disappeared? How did he meet his grotesque death? Did three men of the Hiawatha First Nation, first on the scene, know anything about the charred remains? Like the primal blasts of the searing winter storm, the repercussions of this event—the collision of two cultures—has reverberated down the decades. This flashpoint in her family history created shockwaves that propelled the author into unfamiliar territory, and she began a journey into the heart of First Nations country to untangle the past, following an obscure trail that would expose the bones of Canadian history. 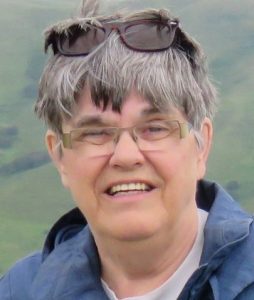 Jan. 6: First Firkin Friday. Enjoy the pomp and circumstance of this longstanding monthly Bushwakker tradition where a piper from The Regina Police Services Pipes and Drums leads a small keg of special brew in a procession throughout the pub. Bushwakker head brewer Michael Gaetz is trying something brand new this month which should appeal to crisp lager lovers and hopheads alike! If you enjoy Pilsner Urquell you may fancy Michael’s Saaz dry-hopped Stubblejumper Pils. 5:30 PM. Jan. 9: Monday Night Jazz & Blues. The Ministry of Groove. Great 1970’s jazz funk and beyond. 8:00 PM. Jan. 11: Wednesday Night Folk. Glen Sutter in Rivertime. Uplifting folk-rock. 8:00 PM (New start time). Jan 16: Monday Night Jazz & Blues. The Jazz Band-Its. A very big band plays big band jazz and swing. 8:00 PM. Jan.18: Wednesday Night Folk. Billy & Karen. Veteran Regina bluesman, Billy Hughes is joined by Karen Runge for an evening of acoustic blues, country and folk rock. 8:00 PM (New start time). Jan. 19: Science Pub edition #38. A Short History of Math Formulas Engraved on Granite. Our wildly popular Science Pub Series is back for the second half of a fifth incredible season! Enjoy lectures on scientific topics of general interest in our Arizona Room (main floor banquet room) over beer and snacks. The room opens at 5:00 PM and quite often is full by 6:00 PM. Avoid disappointment and come down early for dinner and a pint before the presentation which begins at 7:00 PM. This month's lecture will be presented by Presented by Dr. Edward Doolittle from the First Nations University of Canada at The University of Regina. On occasion, mathematicians will ditch their pens and pencils, and turn to more serious writing implements like pocket knives and chisels. We shall investigate a number of such turns of events, beginning with Archimedes, who decided that the usual charred stick was not good enough for his greatest discovery, through Gauss, who began planning his tombstone at the age of eighteen, to modern times, when a number of formulas were engraved into the rock faces of the Research and Innovation Centre at the University of Regina. 7:00 PM. Jan 21: Bushwakker 26th/Robert Burns 258th Birthday Bash. Join us as we celebrate over a quarter century of award-winning beer and pub cuisine and Scotland’s favourite son, Robbie Burns. Live rollicking reels with The Tilted Kilts and The Regina Police Services Pipes & Drums, highland dancing, FREE haggis, neeps and birthday cake, the tapping of the Scottish birthday firkin plus Burns poetry and historical overview from Saskatchewan author and playwright, Ken Mitchell. Bushwakker trivia quiz and prizes to be won too! A great way to shake those January blahs. The dance floor will be open! $5 cover charge in effect. 6:00 PM. Jan 23: Monday Night Jazz & Blues. Brian Baggett. Enjoy the rich sound of the 10 string Chapman Stick from this Houston, Texas native. 8:00 PM. Jan. 25: Wednesday Night Folk. The Sub-Zero Saskatchewan Singer/ Songwriter Showcase. Veteran singer/songwriter Neil Child leads this event featuring both Regina veteran and up-and-coming musicians including Cory Baldwin and Erin Wieler. 8:00 PM (New start time). Jan. 27 & 28: Beer Bacon Bands. The popular beer and live music event returns to the Conexus Arts Centre. Be sure to stop by the Bushwakker booth and sample three popular seasonal offerings. Beer, bacon and music aficionados unite to sample cold brews, taste unique bacon creations and listen to awesome live music, while having fun with a couple thousand of their closest friends! 7:00 PM - 11:00 PM. Jan. 30: Monday Night Jazz & Blues. Jeff Mertick. Veteran bluesman returns for a soulful encore performance. 8:00 PM

By Eric DuVall In Belgium, beer drinking is serious business -- and could soon be a recognized part of the European nation's cultural contributions to the world. Belgium has applied to have its beer culture listed on UNESCO's Intangible Cultural Heritage List. The somewhat obscure international list created in 2006 already has more than 300 places and traditions on it, including the Great Wall of China and Tanzania's Stone Town in Zanzibar. The list is meant to afford international recognition and protection for cultural heritage from UNESCO member-states. In its application, the Belgian brewery association noted beer consumption goes beyond drinking alcohol for the side effect of intoxication and is a national rite of passage. "It plays a role in daily life, as well as festive occasions," the Belgian application states. "Almost 1,500 types of beer are produced in the country including by some Trappist [monk] communities." The petition was submitted by the German-speaking portion of the Belgian population on behalf of all three linguistic communities in the country. It was endorsed by French- and Dutch-speaking brewers, as well. 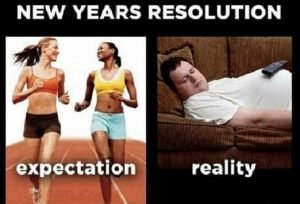