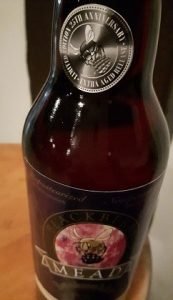 2016 Bushwakker Blackberry Mead King/Queen Bee Contest – Eat & Drink Like Royalty, 25th Anniversary Limited Edition Mead and Friends with Mead are Friends Indeed! A true Saskatchewan phenomenon! Last year our entire Blackberry Mead offsale inventory of over 6000 bottles sold out in less than two hours. A new record was set when devoted mead enthusiasts braved a Saskatchewan winter night and began forming a line 15 HOURS before it went on sale – yes, 7:00 PM on the Friday night! The line-up stretched half a city block by 9:00 AM. It was just like a tailgate party! Experienced mead lovers came prepared with ice fishing huts and propane heaters. The washroom will be open at 6:00 AM. We will be serving hot chocolate to all those waiting in line as well as conducting a mead trivia contest with prizes to be won. As a special treat, the first people in line will have the choice of purchasing a dozen of the 960 bottles of limited edition Bushwakker 25th Anniversary Commemorative Blackberry Mead produced in 2015 or the 2016 version if they prefer younger mead. We have been brewing our Blackberry Mead all year long preparing for our annual kick off to the holiday season. 400 pounds of Lumsden Valley honey and 84 pounds of blackberries are in every batch. View the days remaining to Bushwakker Mead Day (#MEADDAY2016) on our countdown clock over our brewhouse door. Limited edition 2016 commemorative Bushwakker “A Friend With Mead is a Friend Indeed” t-shirts designed by local artist, Gavin de Lint, will also be available. Enter our “Why I Love Blackberry Mead” poetry contest a https://www.bushwakker.com/mead2016 for a chance to be King or Queen Bee for a day and sit upon a huge throne on our stage wearing a royal purple crown and robe whilst being wined and dined for free! Bushwakker Gift Ideas this holiday season include our growler gift boxes, limited edition Bushwakker/Joe Fafard 25th anniversary t-shirts, hoodies, pop-pom touques and Bushwakker gift cards make a great stocking stuffers! Our Bushwakker Sodbuster Brown Ale will be available for growler fills at the Quance Street SLGA store in Regina for the month of December. Three other new Saskatchewan brewed beers are also available. Bushwakker Prime Rib Weekends Return. Back by popular demand! Our melt-in-your-mouth, low-and-slow roasted prime rib dinners with jumbo Yorkshire pudding have returned. And Sunday suppers just got a whole lot better at the Bushwakker! Choose from either an 8 oz. or a 10 oz. cut. Prime rib is definitely one of Bushwakker executive chef Mike’s specialties. The Bushwakker is OPEN ON SUNDAYS from Noon to Nine. Enjoy our Sunday Steak & a Pint feature. Bushwakker 28th Single Malt Scotch Tasting Scores (Out of 50) 1. Talisker 25 Year – 40.05 2. Glenturret 2001 – 36.80 3. Glendronach Peated – 36.44 4. Speyburn 8 Year Sherry Cask – 35.52 5. Caol Ila Young & Feisty – 33.38 6. Wolfburn – 32.40

Dec. 2: First Firkin Friday. Enjoy this longstanding Bushwakker monthly tradition where a piper from the Regina Police Pipes and Drums parades a small keg of special beer throughout the brewpub in a procession. The firken is then tapped by a volunteer often delivering a beer shower to all onlookers in the immediate proximity. Our December firkin will be a special black spiced rum – infused “Missiletow” Christmas Ale! 5:30. Dec. 3: 2016 BUSHWAKKER BLACKBERRY MEAD RELEASE. New mead t-shirts, limited edition Bushwakker 25th Anniversary Commemorative Blackberry Mead available to the first people in line, the return of our Queen Bee/King Bee “Why I Love Blackberry Mead” poetry contest and so much more make this our biggest event of the year. #MeadDay2016. 11:00 AM. Dec. 5: Monday Night Jazz & Blues. ‘ROUND MIDNIGHT. Veteran Regina jazz act plays popular jazz tunes. 8:00 PM. Dec. 7: Wednesday Night Folk. THE REGINA MALE VOICE CHOIR. Get into the holiday spirit with this one hour concert featuring Canada’s longest continuously performing male voice choir. The singing of the Boar’s Head Carol whilst a massive boar’s head is paraded throughout the pub is the highlight of the evening. Note the 8:00 PM earlier start time. Dec. 7: MONTHLY ALES MEETING. New members are always welcome! Come down to the Bushwakker basement clubroom and sit in on a meeting with other homebrewers of all skill levels. Discover what the Ale & Lager Enthusiasts of Saskatchewan Homebrewing Club can offer you. This month’s discussion topic is How to Make Mead & Braggot. 8:00 PM. Dec. 10: 2016 “MISSILETOW” ALE RELEASE. Avid fans of our “other” Christmas specialty brew look forward to this day every year. Only one tank of our winter warmer is produced each year. Rich malt flavours with plenty of depth and complexity. The perfect ale to sip on whilst curled up with a good book in front of a fireplace on a cold Saskatchewan winter night. We hope this special ale will last on tap until Christmas but the limited number of bottles will most likely be sold out in the blink of an eye. See you at 11:00! Dec. 12: Monday Night Jazz & Blues. WHITEBOY SLIM. Nation award-winning blues artist returns performing tunes from his latest CD. 8:00 PM. Dec. 14: Wednesday Night Folk. BEN WINOSKI & JEFF STORRY. Talented acoustic guitar duo with fingers of fire! 9:00 PM. Dec. 19: Monday Night Jazz & Blues. TERRAPLANE. Regina’s friendliest bluesman, Shane Reoch, leads this popular family blues band. 8:00 PM. Dec. 21: Wednesday Night Folk. THE DICKENS YULETIDE SINGERS. Join us at 8:00 PM for this one hour Christmas Concert delivered by this talented group in Victorian dress. 8:00 PM. Dec. 24: CHRISTMAS EVE. Open at 11:00 AM and closed at 5:00 PM. Dec. 25. CLOSED. Merry Christmas! 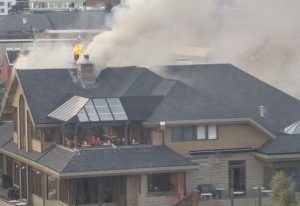 The Victoria landmark was forced to evacuate both patrons and staff when a fire broke out during lunch on Wednesday. Fire crews were initially called to reports of a kitchen fire at Spinnakers Gastro Brewpub & Guesthouse in Vic West, but when they arrived heavy smoke and flames could be seen rising from the roof. The fire broke out at approximately 1:30 p.m. Wednesday afternoon and firefighters were forced to scale the roof in order to attack the blaze, which had already begun to eat away at chimney soffits by the time crews arrived. “It started in the chimney. (The) second floor got going outside the chimney; it has been going through the roof through various spaces and it’s just moving rapidly,” Victoria Fire Battalion Chief Bob Jones told CHEK News at the scene. “We almost lost the whole second floor but we finally got it isolated through cutting a lot of holes and just trying to figure out where (the fire) was going. It was a good save just to save the roof, so I think we got it under control finally, but it was a real tough fire.” The Spinnakers location is a heritage building with a portion first constructed in 1884 before it became the spot that locals know now, in 1984.  The older building  proved difficult  with hot spots moving  through crawl spaces as firefighters attempted to isolate what turned out to be three small fires.  “We lost it a few times and couldn’t figure out where it was coming from,” Jones added, saying crews will have to tear down a lot of drywall on the second floor. The full extent of damage is still to be determined,  but it’s expected to be quite extensive. However, there is some good news as the main floor was not seriously damaged. Spinnakers general manager confirmed that the fire began in the chimney of the pub when employees noticed smoke coming from the fireplace. “We immediately got everybody out of the building. We had our maintenance guy check the roof and it was indeed a chimney fire so I called 911 right away,” said Claire Radosevic. It’s still too early to say how long the brewpub will be closed until staff are able to speak with firefighters and assess the damage, but longtime customer Eric Gelling was shocked at the news. “I sure hope they’re able to save it so they can re-open. Whatever happens, I sure hope they can get it back together. I hope its going to be saved that’s for sure, it looks like a huge amount of damage.” No injuries were reported in the evacuation. 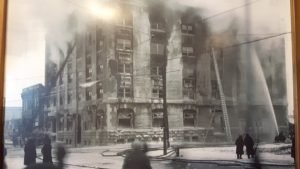 The Strathdee building which is home to The Bushwakker has also been ablaze as this image from November 17, 1926 illustrates.

TIME OUT: More Preparation for Parenthood

4. Dressing small children is not as easy as it seems: first buy an octopus and a string bag. Attempt to put the octopus into the string bag so that none of the arms hang out. Time allowed for this -- all morning. 5. Take an egg carton. Using a pair of scissors and a can of paint, turn it into an alligator. Now take a toilet tube. Using only Scotch tape and a piece of foil, turn it into a Christmas tree. Last, take a milk container, a ping pong ball, and an empty packet of Cocoa Puffs and make an exact replica of the Eiffel Tower. Congratulations, you have just qualified for a   place on the playgroup committee. 6. To discover how the nights feel, walk around the living room from 5 PM to 10 PM carrying a wet bag weighing approximately 8-12 lbs. At 10 PM put the bag down, set the alarm for midnight, and go to sleep. Get up at 12 and walk around the living room again, with the bag, until 1 AM. Put the alarm on for 3 AM. As you can't get back to sleep, get up at 2 AM and make a drink. Go to bed at 2:45 AM. Get up again at 3 AM when the alarm goes off. Sing songs in the dark until 4 AM. Put the alarm on for 5 AM. Get up. Make breakfast. Keep this up for 5 years. Look cheerful. Our Weekend Prime Rib & Giant Yorkie Special Returns. 8 oz - $20.95 & 10 oz - $25.95 Soup & Sandwich Special is $11.95.  All hot specials are $15.95, except where noted, & include a serving of soup du jour, house, or Caesar salad.