Our July premium red wine feature is Luzon (Monastrell; organically grown) from Spain; $7.95 for a glass and $22.95 for a half litre. The white is Torreon De Paredes (Reserve Sauvignon Blanc; organically grown) from Chile; $8.95 for a glass and $24.95 for a half litre. Our guest tap is currently pouring Huell Pils from the Black Bridge Brewery in Swift Current. It's an unfiltered, hoppy pilsner showcasing Huell Melon hops which offer a distinct melon aroma; $7.95 for a pint. Next up is the 9 Mile Brewing Gose.  A soured beer, finished with coriander and light sea salt. The style originates from the German town of Goslar. Tickets to our IPA Tasting Event are now SOLD OUT. But you still have a chance to attend. You could WIN TWO TICKETS to our August 4th IPA Day/Specialty IPA Tasting Event. Entering this contest is very easy! Just visit https://www.bushwakker.com/wakker-weekly-registration to sign up to receive our Wakker Weekly newsletter. Never miss out on another Bushwakker announcement or event again! Enjoy Bushwakker beer on tap every Thursday night at The MacKenzie Art Gallery this summer! The Candahar is one of their most interactive installations to date. Created by Winnipeg-based artist, Theo Sims, this replica of a Belfast pub complete with Bushwakker beer on tap will whisk you away from the queen city to 1990's Ireland. This week's local celebrity guest bartenders on July 28th will be a group from Argentine Tango. http://mackenzieartgallery.ca/engage/exhibitions/theo-sims-the-candahar The Bushwakker is now OPEN ON SUNDAYS from Noon to Nine. Enjoy our Sunday Steak & a Pint feature. We are seeing lots of folks coming in for offsale and growler fills with smiles on their faces! 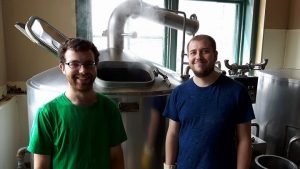 July 22: SASK vs. OTTAWA. Enjoy our Ottawa Burger & a Pint feature before, during or after the game. Kickoff is at 7:00 PM. Come "devour" the competition! July 23: REGINA’S LION’S BAND 70TH ANNIVERSARY LION’S LAGER FIRKIN TAPPING & BOTTLE RELEASE. Thousands of music students passed through the band hall doors for many decades. Band director, Bob Mossing, was at the helm of a locally admired and world renowned music organization which had a reputation for both musical and visual excellence. The RLB permanently enriched the lives of its members through personal development and performance, leading to a lifelong enjoyment of music. Join Bob at 4:00 PM for a procession and tapping of the firkin of Lion’s Lager. Only 70 bottles of the commemorative beer were produced and will be made available immediately following the band director’s suds-soaking! July 25: Monday Night Jazz & Blues. THE JAZZ BAND-ITS. Enjoy big band, jazz and swing from the largest band to ever grace the Bushwakker stage. 8:00 PM. July 27: Wednesday Night Folk. RUGGED LITTLE THING. Toe tapping bluegrass, old time and folk music from this Saskatoon group making their Bushwakker debut. 9:00 PM. July 29 – 31: AUGUST LONG WEEKEND KEG EVENT. Receive free ice, cups, coasters and the loan of a keg chiller tub with the purchase of any one of our four sizes of kegs this long weekend. We have the right brand of Bushwakker beer for any gathering - big or small! July 30: FOOD DAY CANADA 2016. The largest food event in the country encourages people to celebrate local food and community. The Bushwakker will once again be participating and Bushwakker Executive Chef, Mike Monette, will source some fresh local bounty to create a special dish which will be very delicious and truly Saskatchewan!

“Q”; no not the Ghomeshi kind.

This week’s daily specials include smoked ribs as the main item for Friday. You may remember that last Friday, July 15, we offered both smoked trout salad and smoked brisket. If you watch the food network you will have seen programs on BBQ competitions. In the language of BBQ competitions these items have all been “barbecued”; i. e., cooked slowly at low temperatures (225 to 250 F) for hours in smoke, and “smoking” means cooked at even lower temperatures (125 F or less) in smoke like, for instance, lox. Cooking steaks, or sausage or burgers at high temperatures is “grilling”. But not everyone uses these words in this way. There are now several specialty restaurants in Regina that offer real BBQ as defined above, so the Bushwakker has decided to join the trend and offer weekly BBQ items during the summer. We have offered BBQ before but encountered issues ranging from fire regulations to cost. We have now overcome those problems, at least for the summer. We do not intend to specialize in “Q”, as a BBQ competitor might say, but to make it available on occasion. You might ask how our Q would compare with that from restaurants that specialize in Q? As a Bushwakker customer you are familiar with the general products of our kitchen, headed by Executive Chef Mike Monette. In fact the head chefs in many Regina restaurants are the product  of  Mike’s  kitchen.  In  introducing  Q  to  our  specials, Mike is assisted by Bushwakker co-founder and owner Bev Robertson. His hobby is cooking and judging at real barbecue competitions. He has judged Q in the southern U.S. where this cooking technique emerged and around western Canada. He has taken a course in competitive cooking but he has not formed a competitive cooking team, but he cooks frequently for his own use. Mike joined Bev at a Q competition earlier this year and had the opportunity to learn from the competitors. We just might be a little bit biased but, to answer the question above, we claim that Bushwakker BBQ would do well in any BBQ competition. Try it!

by Chris Crowell    July 7, 2016 I remember attending the Craft Brewers Conference in 2014, writing about a change to the Brewers Association definition of “craft brewer,” and the Brewers Association’s goal of 20 percent market share by 2020 and feeling like that was a big story. And it was, at least when judged by headlines and outside industry interest, which is mainly how a story’s bigness is judged. A lot of WATCH OUT FOR THE CRAFT BEER TREND stories were spun from there. But I also remember talking to a buddy who was at the conference doing research to start his own craft brewery, and he couldn’t have been less interested. “That really has nothing to do with me.” Seems weird that this big story about craft brewing wasn’t that important for the people working and growing inside the core of the industry. I thought of this again after the recent “flat craft beer sales data” came out. Here is our look at that data and why it isn’t the whole picture. We often kind of poke at the somewhat arbitrary bounds of the craft beer definition (and wonder how useful it is), but here is a case where the definition is a problem, or at least how that definition is used to also define success and failure. Putting Sam  Adams  and Yuengling  in the same category of an Apocalypse Brew Works or Platform Beer Co., whether it makes sense or not, creates two big numbers upon which to judge craft beer’s explosive growth: market share and number of breweries. Both are fun numbers, both can tell you how the “trend” is advancing, but those two numbers also have little to do with the other. So, OK, the big pool market share number of all the companies you’ve deemed to be craft beer are seeing less growth in sales. Interesting data point. But it seems like a stretch to paint with a big brush and cover up numbers like these, shared by Brewers Association economist Bart Watson: Probably, says Bart Watson, an economist for the Brewers Association. New brewery openings outnumber closings nearly 10 to 1, Watson says. And the industry, which adds around $55 billion a year to the U.S. economy, now helps support 424,000 jobs. But some parts of the country have become pretty crowded — perhaps overcrowded — with new breweries, Watson says. San Diego County, Calif., has more than 110 breweries, and Portland, Ore., has 60, just in the city proper. “Those places are really pushing the limit,” he says. The craft beer movement largely started in the West, Watson notes, and is now moving eastward. That’s partly because state regulation of alcohol was strongest in the East after Prohibition and has been loosened more slowly. So, Watson says, in the East and the Southeast, there’s lots more room for craft beer to grow. And Watson offers another statistic that should ease concerns about a brewery bubble forming: There are about8,000 wineries in  the United States,  and,  he says, “Americans drink  a  lot more beer than they drink wine.” The “craft beer trend” isn’t thriving or dying based on the fluctuations of that market share number because that thing is artificially inflated by the companies cherry picked to fill it out. And for some of the “real craft beer” companies that sit at the top (like a New Belgium or Stone) there is likely a ceiling for what they can do, and since these are unprecedented times for a growing industry, those early pioneers are going to find that ceiling and growth will stall. This is just inevitable and is already happening. Thus the headlines, but that’s their separate challenge. But that 4,200+ number is always the number that matters the most because that is really what craft beer is: small, local purveyors. That number represents the solidifying of jobs, community and culture. Maybe a brewery from one region of the country not being able to endlessly grow throughout the entire country, while small, local breweries are popping up everywhere and staying open, is exactly what proves the “craft beer trend” is thriving now more than ever. 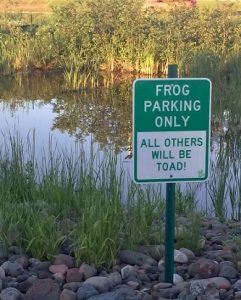 There was a farmer who grew watermelons. He was doing pretty well, but he was disturbed by some local kids who would sneak into his watermelon patch at night and eat his watermelons. After some careful thought, he came up with a clever idea that he thought would scare the kids away for sure. He made up a sign and posted it in the field. The next night, the kids showed up and they saw the sign which read, "Warning! One of the watermelons in this field has been injected with cyanide." The kids ran off, made up their own sign and posted it next to the farmer's sign. When the farmer returned, he surveyed the field. He noticed that no watermelons were missing, but the sign next to his read, "Now there are two!"
Soup & Sandwich Special is $11.95.  All hot specials are $15.95, except where noted, and include a serving of soup du jour, house, or Caesar salad.