Our June premium red wine feature is Miguel Torres 5G (Garnacha) from Spain. $7.95 for a glass and $22.95 for a half litre. The white is Yalumba Y Series (Pinot Grigio) from Australia. $8.95 for a glass and $24.95 for a half litre. Our guest tap is currently pouring the highly anticipated return of  Puddle Jumper Rhubarb Cider from Living Sky Winery in Perdue, Saskatchewan. $7.95 for a 12 oz. goblet. Following that we will tap one of the few remaining kegs of the Prairie Sun Meewasin 80 left in the province. A witbier style infused with spuce and pine harvested near Saskatoon. The Bushwakker is now OPEN ON SUNDAYS from Noon to Nine. Enjoy our Sunday Steak & a Pint feature. Lots of folks coming in for growler fills with smiles on their faces! Our new menu is now back from the printers. Fresh stories, fresh menu items, more choice and a fresh look! It hits our tables on Monday, May 30. Maintaining and improving quality while still being conscientious of good value continues to be the resonating theme of our menu choices, portion sizing and pricing.

May 30: Monday Night Jazz & Blues. THE MINISTRY OF GROOVE. Popular act plays 1970’s jazz funk and more. Love that horn section! 8:00 PM. May 30: New Bushwakker Full Menu Release June 1: Wednesday Night Folk. THE BUSHWAKKER BONANZA. Bushwakker staff are not on friendly and knowledgeable, many of them are also talented musicians. Join us for an eye-opening evening of talented staff members including; Theresa Burkhart, Troy Bleich and Lexy Desjarlais. 9:00 PM. June 1: MONTHLY ALES MEETING. One of the top home brewing clubs in North America winds up another brewing season tonight. If you are interested in getting into home brewing or would like to brush up on your skills, the ALES Club is for you. The June topics of presentation include Berliner Weisse and Food and Beer Pairing. Meetings begin at 8:00 PM in the Bushwakker basement clubroom. Plan to arrive early in order to get a seat. The club will break for the summer but will reconvene on Wednesday, September 7th. June 3: FIRST FIRKIN FRIDAY. Enjoy the pomp and circumstance as a piper from the Regina Police Services Pipes & Drums pipes a small keg of specially created beer throughout the pub. A volunteer is selected to tap the firkin and a suds-soaking display is often the result. Be sure to arrive early to pre-order your pint, get a good seat and taste what Bushwakker head brewer, Mitch Dalrymple, has created this month. 5:30 PM. June 6: Monday Night Jazz & Blues. THE JAZZ BAND-ITS. The largest band to ever grace the Bushwakker stage. Over 25 musicians play big-band jazz and swing. A feast for the senses! 8:00 PM. June 8: Wednesday Night Folk. Room 333 – Acoustic Show. Talented hard rock band proves their versatile song writing skills also work in an acoustic format. 9:00 PM. June 13: Monday Night Jazz & Blues. TERRAPLANE. Shane Reoch's new four-piece band featuring three family members and a Bushwakker bassist. 8:00 PM. June 15: Wednesday Night Folk. THE STILLHOUSE POETS. Prairie-made roots music. Opening set by Brent Nielsen. 9:00 PM. Please note that we will be closed to the public from 5:00 PM - 9:00PM for a private function.  June 16: 2016 JAZZFEST REGINA  Bushwakker Performance - BLUE MOON MARQUEE.  7:00 PM. The biggest night of the year for live jazz at The Bushwakker! Blue Moon Marquee is a self-styled gypsy blues band influenced by old delta blues, swing, jazz and ragtime. A.W. Cardinal howls with a smoky vocal while playing a jazz tinged blues guitar. Jasmine Colette commands the upright bass but also keeps the swing with both feet while singing harmonies. Blue Moon Marquee’s passionate performance and smouldering onstage chemistry is their trademark, and the way Colette’s angelic tones lift A.W.’s beaten down “bukowski-esque” mystique is something that enthralls audiences from the back room bar to the public square. Rush seating tickets are $12 advance and $15 at the door.  Available at the Bushwakker and Bach & Beyond. www.bluemoonmarquee.com. June 17: REGINA GLOBE THEATRE 50TH ANNIVERSARY COMMEMORATIVE BEER LAUNCH.  5:30 PM. Although Bushwakker is celebrating a quarter century of service this year we certainly tip our hat to the Globe Theatre who also faced difficult challenges in the early years but has grown into a provincial treasure. After extensive interviews and research into the half century old theatre the Berry Dramatic wheat beer will be released in fine fashion with artistic director, Ruth Smilie, tapping a ceremonial firkin to officially launch the commemorative brew's release. Made with three standout ingredients, local Saskatoon berries, wheat and barley, these key ingredients symbolize the three artistic director teams the Globe Theatre has employed. No small feat! Only 250 bottles of the Berry Dramatic Ale were produced. Be sure to get your keepsake bottle celebrating a true Saskatchewan cultural treasure! 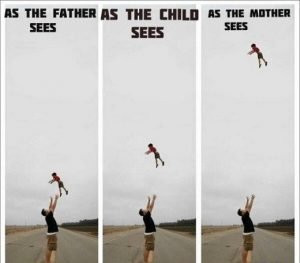 Has the Craft Beer Movement Finally Gone too Far?

By John Wray The line between beer and not-beer is blurring as craft brewers get inventive with unusual (and sometimes downright mystifying) ingredients. F&W sends a writer on a pint-size tasting adventure. Lately I've been drinking some odd beers at bars. Some of them have been pleasant surprises; others have made my mouth feel possessed. I may be getting frumpy in my early middle age (actually, I've always been frumpy), but I've started to wonder whether the craft beer movement, which has explored so much fascinating territory over the past decade, has strayed off the map altogether. When I found out that Colorado's Wynkoop Brewing Co. was making its Rocky Mountain Oyster Stout with roasted bull testicles, I was forced to ask myself: Has craft brewing finally gone too far? "One of the great things about making beer," Jeppe Jarnit-Bjergsø said to me on a recent visit to Tørst, the Greenpoint beer bar where he curates the list, "is that there are almost no rules." Jarnit-Bjergsø, a Dane who now lives in Brooklyn, is widely regarded as one of the superstars of the craft beer world for his Evil Twin Brewing label he is as likely to create fairly classic IPAs or pilsners as he is concoctions like his Imperial Doughnut Break, a jet-black porter made with, apparently, 1,000 glazed doughnuts. "If I want to put olives in a beer, or strawberries, that's OK—as long as what I end up with tastes good," Jarnit-Bjergsø told me. "If you tried to put olives in a wine, on the other hand, no one on earth would drink it." I asked him for his opinion of the much-hyped Beard Beer from Oregon's Rogue, which is fermented with wild yeasts harvested from Rogue brewmaster John Maier's facial hair. "If you're going to put yeast from your beard into what you're brewing, it's fine," Jarnit-Bjergsø said, weighing his words carefully. "But you'd better have a really good reason." So, do these experiments in extreme brewing still qualify as beer? At what point do they turn into something unrecognizable—and, more importantly, not worth the risk? Inspired in part by my conversation with Jarnit-Bjergsø, my good friend Alex and I decided to do a tasting (this might be the place to state, for the record, that I'm not a craft beer fetishist). I went to St. Gambrinus Beer Shoppe in downtown Brooklyn and spent just over $100 on what struck me as an interesting, albeit highly unscientific, sample of what's out there these days. Then we drank everything. The result? Suffice it to say our tongues are in stable condition, and we're told we'll be able to drink beer again one day. It might be useful to examine the term beer. According to the Beer Academy, a UK-based group of fermentation enthusiasts, beer is "an alcoholic drink brewed mainly from malted barley, hops, yeast and water." From a historical viewpoint, it would seem, the beverage is relatively easy to define—but not so fast. The Beer Academy goes on to state that "other sources of fermentable carbohydrate (e.g., maize, wheat, rice) and other natural ingredients may be added to create different styles and flavours." This begs the question of where the boundary lies between beer and not-beer. Peanuts are a source of fermentable carbohydrate; so are plantains, yuca root and beans. Maybe the only reason we aren't drinking bean beer at our local football stadium is that beer drinkers, at least in the US, have traditionally been a pretty conservative bunch. Thanks to the craft beer craze, however, that attitude is changing quickly. "I remember being at a brewer's convention in 1994," Garrett Oliver, the editor of The Oxford Companion to Beer, told me. "IPAs were considered an almost forgotten, historic British brew at that time—few breweries were making them. Now you can get an IPA in any decent bar in America. Change can happen rapidly, but you do want to be careful. As they say in one of my favorite movies, This Is Spinal Tap: ‘It's such a fine line between stupid and clever.'" Many craft beer devotees would claim, by way of rebuttal, that the array of styles and flavors now on offer is less a voyage into the unknown than it is a return to brewing's wild and storied past. Our understanding of what beer is, they argue, has been narrowed over the course of the modern age by a domestic brewing industry that's encouraged mass production and a drift toward monoculture. As anyone over the age of 30 can attest, in the recent past, beer essentially meant lager; even a Belgian wheat beer like Hoegaarden or St. Bernardus qualified as exotic. To fortify our courage for our tasting, Alex and I started things off with a brew that probably wouldn't rate as strange, much less extreme, to most craft beer cognoscenti: Oude Quetsche, a lambic beer that's brewed with plums at Gueuzerie Tilquin in Belgium. Craft-brewing fanatics have been geeking out about sour beer in recent years, and in an era in which high-acid, unoaked white  wines  are  all  the  rage,  it's  hard  not  to  see a correlation: Sour brews tend to be tart and bright and wonderfully unsentimental, with a funkiness that calls to mind natural wine as much as it does lager. Alex and I were expecting great things from Oude Quetsche, and we weren't disappointed. Far from introducing any sweetness to the experience, the plums create a particular spike of sourness in the middle, just at the moment the sip you've taken clears the back of your palate. Alex compared it to sneaking into a farmer's orchard and filling your mouth with not-quite-ripe-yet plums; I had to admit, there was something almost illicit in the pleasure this beer gave us. READ MORE 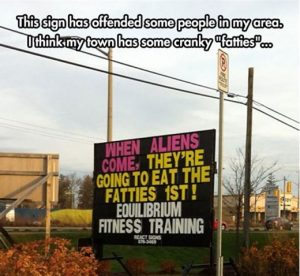 GENERAL EQUATIONS  A woman worries about the future until she gets a husband. A man never worries about the future until he gets a wife. A successful man is one who makes more money than his wife can spend. A successful woman is one who can find such a man. HAPPINESS  To be happy with a man, you must understand him a lot and love him a little. To be happy with a woman, you must love her a lot and not try to understand her at all. LONGEVITY STATISTICS  Married men live longer than single men, but married men are a lot more willing to die. PROPENSITY TO CHANGE  A woman marries a man expecting he will change, but he doesn't. A man marries a woman expecting that she won't change, but she does. DISCUSSION TECHNIQUE  A woman has the last word in any argument. Anything a man says after that is the beginning of a new argument.