Our May premium wine features are both VQA wines from British Columbia. The red is Conviction Dreamers & Schemers (Merlot/Cabernet Franc) and the white is Conviction Movers & Shakers (Gewurztraminer/Sovereign Opal.) Both are $7.95 for a glass and $22.95 for a half litre. Our guest tap is currently pouring the new Folklore Imperial Stout from Black Bridge Brewery in Swift Current. Next up we have a couple of small kegs of Puddle Jumper Rhubarb Cider from Living Sky Winery in Perdue, Saskatchewan. Should be gone in the blink of an eye! The Bushwakker is now OPEN ON SUNDAYS from Noon to Nine. Enjoy our Sunday Steak & a Pint feature. Lots of folks coming in for growler fills with smiles on their faces! The Bushwakker will be releasing a new full menu on May 30. We haven't refreshed our menu in over two years. Executive chef, Mike Monette and general manager, Kelly Monette, painstakingly reviewed each and every menu item. Many items have received a refining makeover while others are completely brand new. A few slower moving dishes were removed. Overall the total number of food items has increased and you will be given more choice in the options available to you. Maintaining and improving quality while still being conscientious of good value continues to be the resonating theme of our menu choices, portion sizing and pricing.

May 20: ANNUAL SCREAMIN’ MOSQUITO CHILI BEER RELEASE. Our hot pepper-infused blond ale makes its annual return this weekend. We have partnered with local businessman, Tony Matharu at the India Food Centre in Regina to provide a selection of fresh spicy peppers that will showcase their unique flavours in addition to varying degrees of heat. The first pepper offering will be the hottest of the season and was last year’s most popular offering – the Scotch Bonnet! Hurts so good! May 20, 21 & 22: MAY LONG WEEKEND KEG EVENT. What better way to celebrate the year’s first warm long weekend than with a Bushwakker keg? Receive free ice, cups, coasters and the use of a keg chiller tub with any May long weekend keg order. Four sizes of kegs are available for any gathering big or small. May 21: THE POET LAUREATE’S POETRY & A PINT PRESENTATION. The Saskatchewan Poet Laureate Program was the first provincial program of its kind in Canada. The Saskatchewan Arts Board, Saskatchewan Book Awards, and the Saskatchewan Writers’ Guild are partners in the program, which is under the patronage of the Lieutenant Governor, Her Honour the Honourable Vaughn Solomon Schofield. Enjoy a Saturday afternoon of poetry readings from some of Regina and area’s established and up-and-coming writers including: Eric Greenway, Shelley Banks, Courtney Bates-Hardy, Brenda. Niskala and Coby Stephenson. Hosted by Gerald Hill, Poet Laureate of Saskatchewan. 3:00 PM – 4:00 PM. May 23: CLOSED ON VICTORIA DAY. Enjoy your Victoria Day with family and friends and take advantage of our May Long Weekend Keg promotion. May 25: Wednesday Night Folk – Special Edition. REGINA WOMEN IN SONG. This popular music event returns, showcasing some of Regina’s up-and-coming female artists. This year’s line-up includes; Holly Noir, Eden the Cat and Bushwakker bartender/server, Lexy Desjarlais. 9:00 PM. May 26: THE 14th ANNUAL SOUL SISTERS BENEFIT DINNER & CONCERT. Presented by The Room Hair Design. Don’t miss this very popular annual fundraiser event. Your ticket gets you a famous Bushwakker Burger, hand cut fries, Caesar salad and a half pint of Bushwakker beer. You can also take in the massive silent auction, raffles and 50/50 draws. Enjoy live music performances from Saskatchewan artists, Poor Nameless Boy and Zero Fox. There will also be entertainment provided by local comedians. Proceeds go towards YWCA programs for women and children. Tickets available at the YWCA & The Room. May 30: Monday Night Jazz & Blues. THE MINISTRY OF GROOVE. Popular act plays 1970’s jazz funk and more. Love that horn section! 8:00 PM. May 30: New Bushwakker Full Menu Release 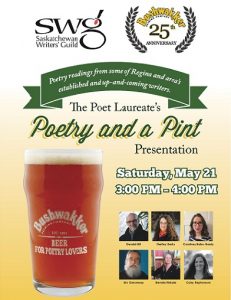 The Surprising Relationship Between Beer Consumption and Weight Gain 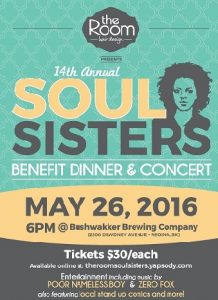 MacGregor pulled up next to a little girl walking home from school and said "If you get in, I'll give you a lollypop". The girl kept walking. Following along slowly, MacGregor said "Come on and get in the car with me and I'll give you two lolly pops". She kept her eyes on the sidewalk and continued on her way. MacGregor said "Get in with me and I'll give you this whole bag of lollypops!" Finally, the girl turned and said "Look daddy, YOU bought the Ford Pinto, YOU ride in it!!!