Our premium red wine feature for April is Raven Deep Dark Red VQA (merlot/cabernet franc/gamay noir) from British Columbia; $7.95 for a glass and $22.95 for a half litre. The white is Sandhill Pinot Gris VQA which is also from British Columbia; $8.95 for a glass and $25.95 for a half litre. Our guest tap is currently pouring a Foreign Extra Stout from a newer Saskatchewan craft brewery making their Bushwakker debut, 9 Mile Legacy Brewing in Saskatoon. $9.95 for a pint. Next up, our “Bridge City” focus will continue with the Prairie Sun Mad Hopper IPA. $7.95 for a pint. Following that we will tap a brand new seasonal offering from Nokomis Craft Ales, a Smoked Amber Ale. The rumours are true! The Bushwakker will be OPEN ON SUNDAYS from Noon to Nine beginning May 1st. We first tried Sunday openings over 20 years ago but didn't see the market demand required to justify being open seven days a week. Given the considerable growth of the city, ongoing commercial and residential development within the warehouse district, the recent openings of two hotels in our area, and your very enthusiastic feedback, we thought it is time to revisit Sunday openings once again.

Congratulations to brewer Mitch. His firkin of Hazelnut Stout was chosen as being the best beer at the 2nd Annual Cask Festival held at Rebellion Brewing last weekend. Ten craft breweries participated. Mitch also won the event last year with his Irish Coffee Stout. Hats off to the ALES Club for successively hosting the largest homebrewing event in Canada last week. Almost 100 volunteers worked all last week to judge 738 beers entered by homebrewers from all across the country. The “Best of Show” beer was a Gose brewed by Mark McGraw from Saint John, New Brunswick. We find it coincidental that Bushwakker co-founders, Bev and Elaine Robertson, are also New Brunswickers. And congratulations to Bushwakker executive chef, Mike Monette, and our talented kitchen team. We received many comments that last week's annual Bushwakker Brewer's Dinner was one of our very best in the last 25 years!

Apr. 25: Monday Night Jazz & Blues. JEFF MERTICK BAND. Another fine soulful performance from this veteran Regina bluesman. 8:00 PM. Apr. 27: Wednesday Night Folk. BECKY AND THE JETS. Classic folk songs from this popular Regina band. 9:00 PM. May 1: NOW OPEN EVERY SUNDAY from Noon until 9:00 PM. May 2: Monday Night Jazz & Blues. AZ PARIS. Veteran bluesman leads this traditional blues act. 8:00 PM. May 4: Wednesday Night Folk. WINONA WILD. BC Musician Magazine’s songwriter of the year on a cross Canada tour plays sultry alt-country blues. 9:00 PM. May 4: MONTHLY ALES MEETING. After hosting a huge and very successful national homebrewing competition, the ALES Club return to regular programming. This month’s presentation topics include: Rauchbier (smoked); Smoking grains and Making Belgian Candy Syrup. If you are interested in getting into the art of homebrewing or improving your skills, the ALES Club is for you. Meetings are held on the first Wednesday of the month in the Bushwakker basement clubroom at 8:00 PM. New members are always welcome. May 6: FIRST FIRKIN FRIDAY. Enjoy this popular and longstanding Bushwakker tradition. A small keg of specially created beer is paraded throughout the brewpub lead by a piper from the Regina Police Services Pipes and Drums. A volunteer tapper is selected to wield the handmade wooden maul affectionately named, “The Mighty Firkin Wakker” and attempt the tap the firkin in one mighty blow. Squirting suds and screams of delight/horror often follow as many folks in the immediate vicinity receive a beer shower. Although our last few tappings have been very clean and little beer has been lost. Don’t miss this month’s tapping edition at 5:30 PM. May 9: Monday Night Jazz & Blues. LITTLE CHICAGO. Veteran bluesman, Ray Eberle, leads the powerful blues trio. 8:00 PM. May 11: Wednesday Night Folk. THE RYAN HICKS TRIO. Ryan brings the sunshine with a fun blend of covers and songs off his debut album, Prairie Ocean. 9:00 PM.

By Todd MacKay  April 13, 2016  Saskatoon Star Phoenix People don’t need the government’s help to buy or sell a beer. That statement is so obvious that it seems strange it’s been a point of contention for so long. However, as of April 4 that debate is officially over: Saskatchewan residents are absolutely fine with privatizing the provincial liquor system. The Saskatchewan Party was crystal clear about its intention to move steadily toward liquor privatization long before the election. There was no hidden agenda. First, the government announced that it would level the playing field so that off-sales, private stores and government stores would all have the same regulations and wholesale prices. No more stupid rules about who can’t sell cold beer, and no more forcing off-sales to get their supplies at sky-high prices. The same rules apply so that private stores and government stores can compete to give customers the best service. Second, the government will shut down 40 of its least profitable stores and transition them to the private sector. The only thing more obvious than the Saskatchewan Party’s position was the opposition to it. The NDP’s platform plank regarding the liquor system came under the heading, “Stop Privatization.” It proposed to put more beer fridges in government stores, sell more local beer and consider setting up government kiosks in grocery stores. But it, too, was crystal clear: It was the NDP’s priority to keep liquor sales in the hands of government employees. And the Saskatchewan Government and General Employees’ Union must have spent millions on TV ads and mailouts to amplify that message. The other side was comparatively quiet. Small town hotels that operate off-sales didn’t buy ads. Neither did the new private stores. Even the Canadian Taxpayers Federation didn’t say much despite the fact that we’ve spend decades on this issue and pushed the specific recommendations that formed the foundation of the government’s proposed policy. What did SGEU members get out of all of the union dues plowed into the one-sided debate? The government plans to turn over the Battlefords liquor store to the private sector. If the people there are outraged it didn’t show at the ballot box, as support for the Sask. Party rose by more than nine per cent from the last election. Another one of the 40 stores moving to the private sector is in Lloydminster, where the party’s support went up by 20 per cent. Surely, Regina Elphinstone-Centre would register more of a backlash because the liquor store on Broad Street is on the privatization list, but the NDP support there only ticked up by two per cent. This specific issue has been thoroughly debated. The Saskatchewan Party made its position clear. The Opposition made its position clear. And the people made their choice clear. So where do we go from here? The question no longer is whether government should get out of the booze business, but rather how and how quickly. The current policy of levelling the playing field for both private and government stores is a great start. Closing the least profitable public stores to make room for private stores is another important step. But there’s more to be done. The government still monopolizes liquor warehousing. It’s a choke point for supply chains, especially for specialty products. This is silly. A government-owned booze warehouse makes about as much sense as a government-owned box factory or a government owned potato company. Change will take time and may even require new legislation, but the government has a clear mandate to move forward. There is a role for government regarding liquor. It should regulate liquor and, whether we like it or not, it will always tax liquor. But the people have spoken: Government shouldn’t be in the business of selling liquor. Todd MacKay is Prairie Director, Canadian Taxpayers Federation. 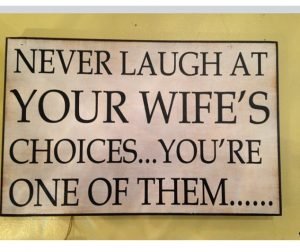 I found myself in a pub in Cork , Ireland and a group of American tourists came in. One of the Americans said, in a loud voice, "I hear you Irish think you're great drinkers. I bet $5,000 that no one here can drink 20 pints of Guinness in 30 minutes." The bar was silent, but the American noticed one Irishman leaving. No one took up the bet. 40 minutes later, the Irishman who left returned and said, "Hey Yank, is yer bet still on?" "Sure" said the American, "20 pints in 30 minutes for a bet of $5,000." Grand, "replied the Irishman, "so pour the pints and start the clock." It was very close but the last drop was consumed with 2 seconds to spare. "OK Yank, pay up." said the Irishman. "I'm happy to pay, here's your money" said the American. "But tell me, when I first offered the wager, I saw you leave. Where did you go?' "Well sir", replied the Irishman, "$5,000 is a lot of money to a man like me,  so I went to the pub across the road first to see if I could do it!!!!!