Our premium red wine feature for April is Raven Deep Dark Red VQA (merlot/cabernet franc/gamay noir) from British Columbia; $7.95 for a glass and $22.95 for a half litre. The white is Sandhill Pinot Gris VQA which is also from British Columbia; $8.95 for a glass and $25.95 for a half litre. Our guest tap is currently pouring a Foreign Extra Stout from a newer Saskatchewan craft brewery making their Bushwakker debut, 9 Mile Legacy Brewing in Saskatoon. $9.95 for a pint. Next up, our “Bridge City” focus will continue with the Prairie Sun Mad Hopper IPA. $7.95 for a pint. The rumours are true! The Bushwakker will be OPEN ON SUNDAYS from Noon to Nine beginning May 1st. We first tried Sunday openings over 20 years ago but didn't see the market demand required to justify being open seven days a week. Given the considerable growth of the city, ongoing commercial and residential development within the warehouse district, the recent openings of two hotels in our area, and your very enthusiastic feedback, we thought it is time to revisit Sunday openings once again. The Bushwakker basement clubroom has been the host venue to a massive national homebrewing competition all this week. Inundated with 738 beer entries from all over Canada, the ALES Club has been conducting their annual ALES Open homebrewing competition. The ALES Open has been receiving some great local media coverage as public interest in homebrewing and craft brewing continues to grow. Running the largest home brewing competition in the entire country is not an easy task. Hats off to the over 75 volunteer organizers, judges and stewards who make this event one of the best of its kind in the country! 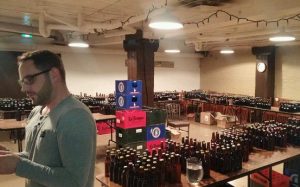 We still have some tickets available to our Saturday, April 16 Bushwakker Brewer’s Dinner. Only 120 tickets were printed and cost $90 each. This is the signature event of The Bushwakker Brewpub. Don’t miss this annual event where the talents of our kitchen and brewery staff come together to create a very special evening. Enjoy a five course meal in which each course incorporates beer as an ingredient and each course is served with a unique beer style to enhance the flavours of the food. This year’s menu has an added twist; the theme will focus on peppers! Truly one of Regina’s most decadent dining experiences. To see the 2016 Bushwakker Brewer’s Dinner menu visit https://www.facebook.com/events/882621251846354/?active_tab=highlights

Apr. 16: ANNUAL BUSHWAKKER BREWER’S DINNER. 7:00 PM. Tickets $90. On sale now! Apr. 18: Monday Night Jazz & Blues. THE MINISTRY OF GROOVE. Popular act plays 1970’s jazz funk and beyond. 8:00 PM. Apr. 20: Wednesday Night Folk. LOCAL SINGER/SONGWRITER SPRING SHOWCASE. Four Regina singer/songwriting acts strut their stuff; Regan Hinchliffe, Trent Leggott, Dillon McNabb, and The Handsome Strangers. 9:00 PM. April 21: Health Science Pub edition #1: The Science of Sitting – Humans Did Not Evolve to Spend so Much Time on Chairs and Couches!  Our wildly popular monthly Science Pub Series has returned better than ever and has evolved with the addition of a new health sciences specialty-series! Enjoy lectures on scientific topics in our Arizona Room (main floor banquet room) over beer and snacks. The room opens at 5:00 PM and quite often is full by 6:00 PM. Avoid disappointment and come down early for dinner and a pint before the presentation which begins at 7:00 PM.  This month's lecture will be co-presented by Drs Katya Herman and Paul Bruno, of the Faculty of Kinesiology and Health Studies.  Dr Herman, a physical activity, sedentary behaviour and obesity researcher, will lead off with Your Chair vs. Your Health: How Sitting is Killing You (eek!).  She’ll let us know how much time we really spend sitting on our butts, why sitting has been referred to as the new smoking (even if we exercise??), and some solutions to help get us out of our chairs.  Dr Bruno, a chiropractor, biomechanics researcher, and self-professed Star Wars junkie, will continue with May the Forces be With You: The Biomechanics of Sitting.  He’ll be telling us all about the use of biomechanics technology to assess the effect that sitting posture has on various parts of the body, with the occasional Star Wars reference thrown in for good measure! Apr. 25: Monday Night Jazz & Blues. JEFF MERTICK BAND. Another fine soulful performance from this veteran Regina bluesman. 8:00 PM. Apr. 27: Wednesday Night Folk. BECKY AND THE JETS. Classic folk songs from this popular Regina band. 9:00 PM. May 1: NOW OPEN EVERY SUNDAYfrom Noon until 9:00 PM.

Beer Run: Homebrewers, do you go pro or keep it a hobby?

By Blair Anthony Robertson The Sacramento area has plenty of talented homebrewers. Aside from those who are brewing professionally, some are thinking about jumping into the game, and others are content to simply keep on making good beer and striving to get better. I recently had the pleasure of speaking to two top-notch homebrewers, one from each camp. Jason Ledford, a 45-year-old sergeant in a Bay Area police department, plans to work another five years, retire and launch his own brewery. Kevin Nanzer, 32, who moved to Sacramento less than a year ago, is happy to keep his day job and make beer on the side. Both love brewing and both love beer. If you’re thinking about getting into homebrewing, you can learn plenty from these two. It’s also a good idea to join a homebrewing club, where you’ll make friends, tap into all kinds of expertise when you run into a problem, and get feedback on your brews when you pass them out at membership gatherings. Nanzer recently captured a very big homebrewing award: He was one of three homebrewers nationwide to win the Samuel Adams 2015 Longshot American Homebrew Contest. The haul included a trip to the Great American Beer Festival in Denver for Nanzer and his wife, followed by a trip to Boston to brew beer at the Boston Beer Company. Nanzer, who was new to entering contests, won with a Belgian Golden Ale. His beer will be among those featured in special 2016 Longshot six-packs. Nanzer’s beer almost didn’t make the cut. When he learned he was going to be a finalist, he realized his golden ale was hooked up to his kegerator and was running low. There wouldn’t be time to brew more. He nervously bottled up what was remaining. He needed six 12-ounce bottles for the contest – and managed to bottle seven. Of his time brewing in Boston, Nanzer said it was “a cool experience.” But he’s not sure he wants to jump into brewing as a job. “It’s something I’ve thought about at length. I don’t know that I’m terribly interested,” said Nanzer, who works in the payment processing field. “Right now it’s a hobby and it’s fun. What people don’t understand about brewing is it’s a factory. It would kind of take the fun out of brewing beer. But if the situation arose where I could be a consultant part-time, I might be interested.” Ledford, on the other hand, can’t wait to make a living as a brewer – after he’s retired as a police sergeant. We first heard about Ledford when his coconut porter inspired all kinds of raves at “Beer Prom,” a Sacramento Beer Week event at the California Automobile Museum. Ledford, who lives in Vacaville, is a member of the Greenbelt Brewers Assoication (GBA), which serves Solano, Yolo and Sacramento counties. He highly recommends new homebrewers get involved in such a club. Another local option is the Gold Country Brewers Ledford has been brewing since his wife got him a homebrew kit for Christmas in 1999. The better he got, the more determined he became about making beer part of his early retirement plan. In 2014, he took a very serious step in that direction by using the vacation time he had stockpiled to attend brewing school in England for three months. The Brewlab certificate in British Brewing Technology cost about $14,000. “Also, a huge mentor of mine has been Chris Miller of Berryessa Brewing. He makes great beer, and I’ve learned a ton from him. I’m ramping up to go pro,” Ledford said, stating the obvious. Association, which meets on the second Tuesday of each month at 7 p.m. at Jackson Catering & Events, 1120 Fulton Ave., Sacramento. GBA meets on the third Tuesday each month at 7 p.m. at Sudwerk Brewing, 201 Second St., Davis. If you’re interested, just show up. Bring your homebrew to share, if you wish. His coconut porter is already very pro, based on the many nods of approval at the auto museum event. Yet his hometown of Vacaville has so far missed out on the craft beer renaissance, with no craft breweries in town. Ledford’s advice to newbies? “Get a homebrewing kit and have at it. And join a club. You have access to really experienced homebrewers right away and everybody is really friendly and willing to help.” 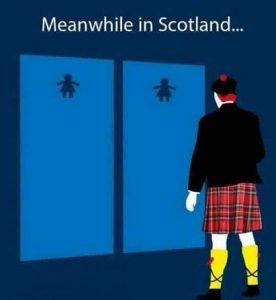 An investment counsellor decided to go out on her own. She was shrewd and diligent, so business kept coming in, and pretty soon she realised that she needed an in-house counsel. She began to interview young lawyers. "As I'm sure you can understand" she started off with one of the first applicants "in a business like this, our personal integrity must be beyond question". She leaned forward. "Mr. Peterson, are you an honest lawyer?" "Honest?" replied the job prospect. "Let me tell you something about honest. Why, I'm so honest that my father lent me $15,000 for my education, and I paid back every penny the minute I tried my very first case". "Impressive. And what sort of case was that?" The lawyer squirmed in his seat and admitted "He sued me for the money".