Our premium red wine feature for April is Raven Deep Dark Red VQA (merlot/cabernet franc/gamay noir) from British Columbia; $7.95 for a glass and $22.95 for a half litre. The white is Sandhill Pinot Gris VQA which is also from British Columbia; $8.95 for a glass and $25.95 for a half litre. Our guest tap is currently pouring Toffee Five Chocolate Toffee Porter from Prairie Sun Brewing in Saskatoon. $7.95 for a pint. Next we will have a newer Saskatchewan craft brewery making their Bushwakker debut. A Foreign Extra Stout from 9 Mile Legacy Brewing, also from Saskatoon. The rumours are true! The Bushwakker will be OPEN ON SUNDAYS from Noon to Nine beginning May 1st. We first tried Sunday openings over 20 years ago but didn't see the market demand required to justify being open seven days a week. Given the considerable growth of the city, ongoing commercial and residential development within the warehouse district, the recent openings of two hotels in our area, and your very enthusiastic feedback, we thought it is time to revisit Sunday openings once again. Tickets to our Saturday, April 16 Bushwakker Brewer’s Dinner are on sale and less than 40 tickets now remain. Only 120 tickets were printed and cost $90 each. This is the signature event of The Bushwakker Brewpub. Don’t miss this annual event where the talents of our kitchen and brewery staff come together to create a very special evening. Enjoy a five course meal in which each course incorporates beer as an ingredient and each course is served with a unique beer style to enhance the flavours of the food. This year’s menu has an added twist; the theme will focus on peppers! Truly one of Regina’s most decadent dining experiences. The Bushwakker brewery has been inundated with beer entries from all over Canada as the ALES Club prepares to host their annual ALES Open homebrewing competition. The week-long judging of many hundreds of beer entries will take place all next week in the Bushwakker basement clubroom. Be sure to tune in to Global Regina News on Friday, April 8 at 7:20 AM and hear ALES Club president, Josh Morrison, and Bushwakker head brewer, Mitch Dalrymple, discuss the collaborative strategies involved in running one of the largest home brewing competitions in the entire country. 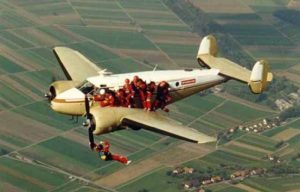 Apr. 11: Monday Night Jazz & Blues. TERRAPLANE. Regina’s friendliest bluesman, Shane Reoch, brings his full band to the Bushwakker. 8:00 PM. Apr. 13: Wednesday Night Folk. REDBEARD’S RUMBUSTER KEGGER BIRTHDAY BASH. Regina’s #1 live music ambassador, Jeff “Redbeard” Corbett of 91.3 FM CJTR Regina Community Radio, is celebrating his birthday and the whole city is invited to partake in some of his favourite things; live music, Redbeard’s famous Double Chocolate Cheesecake and a firkin of rum-infused beer! The evening kicks off with the tapping of a delicious firkin of English Harbour 5 Year Old Caribbean Rum infused Sodbuster Brown Ale at 7:30. We are starting the music early at 8:00 PM. Enjoy live performances from Keiffer McLean, Mark Radford, Ben Winoski & Jeff Storry, and Lexi Desjarlais. Apr. 16: ANNUAL BUSHWAKKER BREWER’S DINNER. 7:00 PM. Tickets $90. On sale now! Apr. 18: Monday Night Jazz & Blues. THE MINISTRY OF GROOVE. Popular act plays 1970’s jazz funk and beyond. 8:00 PM. Apr. 20: Wednesday Night Folk. LOCAL SINGER/SONGWRITER SPRING SHOWCASE. Four Regina singer/songwriting acts strut their stuff; Regan Hinchliffe, Trent Leggott, Dillon McNabb, and The Handsome Strangers. 9:00 PM. April 21: Health Science Pub edition #1: The Science of Sitting – Humans Did Not Evolve to Spend so Much Time on Chairs and Couches!  Our wildly popular monthly Science Pub Series has returned better than ever and has evolved with the addition of a new health sciences specialty-series!Enjoy lectures on scientific topics in our Arizona Room (main floor banquet room) over beer and snacks. The room opens at 5:00 PM and quite often is full by 6:00 PM. Avoid disappointment and come down early for dinner and a pint before the presentation which begins at 7:00 PM.  This month's lecture will be co-presented by Drs Katya Herman and Paul Bruno, of the Faculty of Kinesiology and Health Studies.  Dr Herman, a physical activity, sedentary behaviour and obesity researcher, will lead off with Your Chair vs. Your Health: How Sitting is Killing You (eek!).  She’ll let us know how much time we really spend sitting on our butts, why sitting has been referred to as the new smoking (even if we exercise??), and some solutions to help get us out of our chairs.  Dr Bruno, a chiropractor, biomechanics researcher, and self-professed Star Wars junkie, will continue with May the Forces be With You: The Biomechanics of Sitting.  He’ll be telling us all about the use of biomechanics technology to assess the effect that sitting posture has on various parts of the body, with the occasional Star Wars reference thrown in for good measure! Apr. 25: Monday Night Jazz & Blues. JEFF MERTICK BAND. Another fine soulful performance from this veteran Regina bluesman. 8:00 PM. Apr. 27: Wednesday Night Folk. BECKY AND THE JETS. Classic folk songs from this popular Regina band. 9:00 PM.

The Reason It’s so Difficult to Answer, “Why Craft Beer?”

By Andy Sparhawk Small and independent craft brewers have redefined what American beer means. Of that, I think we can all be incredibly proud. The phrase “American beer” was once synonymous with a bland, almost commoditized product, but today, American beer is thought of as flavorful, experimental and vast, inspiring even the world’s oldest brewing heritages to push their boundaries. Taste, or more correctly, flavor, is a paramount focus of the American craft beer revolution. However, it often garners too much of the explanation as to why craft beer has become so popular. Craft beer is about the flavor, but it’s so much more—it’s an experience. To illustrate the case that craft beer is more than the taste, I want to share with you a blog post by Eric Hobbs, founder of Chicago’s Penrose Brewing Co. He took to the Penrose blog to share an attained dream that he had when he first started thinking about building a brewery: his barrel cellar. “I spent much of 2008 and 2009 day dreaming about what my brewery was eventually going to look like, but the vast majority of the space was a vague impression of stainless, an unending bar, and community seating. Obscure ideas for the taproom and production area lived in the same cloudy space amongst fleeting thoughts that constantly rip through my always-distracted mind. What was never even remotely hard to imagine, however, was how my barrel cellar would look.” While the flavor and character of Hobbs’ brewery’s finished beer was likely a primary concern, it was the sight, smells and feelings that one gets surrounded by towers of stacked oak barrels, quietly transforming beer into a truly unique experience, that Hobbs wanted to create. It is that experience, uniquely Penrose, that will stick in the minds of visitors, shaping their memories and perception of craft beer and specifically Penrose’s beer. Small brewers make some incredibly flavorful beers; it is their intention to do so, but flavor is just one element of what makes people connect with craft beer. The opportunity to visit a brewery, to interact with its employees and to take in the brewery’s unique experience can’t be recreated by anyone else or anywhere else. You might find yourself in other barrel cellars, but there will never be one exactly like Penrose’s, and you’ll never be able to describe it to someone else well enough for them to understand it. Maybe that’s why people find it easier to say craft beer is all about the taste. It’s more difficult to adequately explain Hobbs’ dream: “A moment of belly laughter followed by a few deep breaths and a hearty drink of beer provided just enough runway for my mind to clear and recognize the moment for what it was: yet another expression of the unique experience I had dreamt of sharing.”

Craft Breweries: No, I'm Not Kidding, They Actually Matter in Civic Development!

By Jeff Alworth Breweries are industrial operations, and they’re expensive. Beer is a mass beverage, and even making it on a brewpub scale means you have to have quite a bit of space for the brewhouse, fermentation, and storage. All that equipment costs a lot, and real estate does, too. When you’re spending a quarter- or half-million dollars on equipment, you can’t afford expensive commercial space. So breweries end up on the fringes, in bad parts of town where the rent is cheap. That alone is the first step of revitalization. But breweries aren’t like the average industrial plant. They are people magnets, bringing folks in who are curious to try a pint of locally made IPA. In fairly short order, breweries can create little pockets of prosperity in cities that can (and often do) radiate out into the neighborhood. Pretty soon, other businesses see the bustle and consider moving in, too. It doesn’t hurt that breweries often find run-down parts of towns that have great buildings. Once a brewery moves in and refurbishes an old building, it reveals the innate promise of adjacent buildings to prospective renters. But the effect may even be stronger in smaller communities. Little towns are often underserved with regard to cool places to hang out. When they open up shop, they provide much-needed social hubs. That the rent is cheaper there than in big cities gives these breweries a competitive boost to boot. And whether they’re in small towns or cities, breweries serve an important community-building function. They’re not only a nice place to spend an evening, but serve as venues for events like meetings, weddings, and even children’s birthday parties. 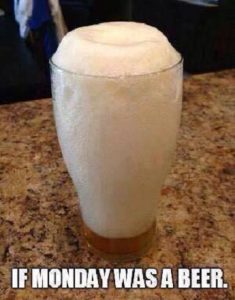 MacGregor, an 80-year-old Scotsman goes to the doctor for a check-up. The doctor is amazed at what good shape the guy is in and asks, 'how do you stay in such great physical condition?' I'm Scottish and I am a golfer,' says MacGregor, 'and that's why I'm in such good shape. I'm up well before daylight and out golfing up and down the fairways. Then I have a few glasses of Wee Heavy, cruise the topless beaches looking at the beautiful women and all is well.' "'Well' says the doctor, 'I'm sure that helps, but there's got to be more to it. How old was your Father when he died? "Who says he is dead?" The doctor is amazed. 'You mean you're 80 years old and your Father's still alive. How old is he?' 'He's 100 years old,' says MacGregor. 'In fact he golfed with me this morning, and then we went to the topless beach for a walk and a chat with the lovelies there and then we had some Wee Heavy and that's why he's still alive. He's Scottish, a drinker of beer, a lover of beautiful women and he's a golfer, too.' 'Well,' the doctor says, 'that's great, but I'm sure there's more to it than that. How about your Father's Father? How old was he when he died?' 'Who told you my grandaddy's dead?' Stunned, the doctor asks, 'you mean you're 80 years old and your grandfather's still living! Incredible, how old is he?' 'He's 118 years old,' says the old Scottish golfer. The doctor is getting frustrated at this point, 'So, I guess he went golfing with you this morning too?' ‘He drinks Wee Heavy and cruises topless beaches talking to the pretty young women there?” 'No, grandaddy couldn't go this morning because he's getting married today.' At this point the doctor is close to losing it. 'Getting married? Why would a 118 year- old guy want to get married?' 'Who said he wanted to?