Our premium red wine feature for April is Raven Deep Dark Red VQA (merlot/cabernet franc/gamay noir) from British Columbia; $7.95 for a glass and $22.95 for a half litre. The white is Sandhill Pinot Gris VQA which is also from British Columbia; $8.95 for a glass and $25.95 for a half litre. Our guest tap is currently pouring the Moose Tracks Hazelnut Espresso Stout from Prairie Sun Brewery in Saskatoon for $8.50 pint. Next up is a Double IPA from Black Bridge Brewing in Swift Current. The rumours are true! The Bushwakker will be OPEN ON SUNDAYS from Noon to Nine beginning May 1st. We first tried Sunday openings over 20 years ago but didn't see the market demand required to justify being open seven days a week. Given the considerable growth of the city, ongoing commercial and residential development within the warehouse district, the recent openings of two hotels in our area, and your very enthusiastic feedback, we thought it is time to revisit Sunday openings once again. Tickets to our Saturday, April 16 Bushwakker Brewer’s Dinner are on sale and less than half now remain. Only 120 tickets were printed and cost $90 each. This is the signature event of The Bushwakker Brewpub. Don’t miss this annual event where the talents of our kitchen and brewery staff come together to create a very special evening. Enjoy a five course meal in which each course incorporates beer as an ingredient and each course is served with a unique beer style to enhance the flavours of the food. This year’s menu has an added twist; the theme will focus on peppers! Truly one of Regina’s most decadent dining experiences. 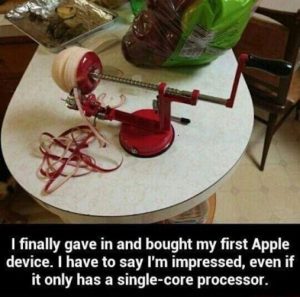 Apr. 1: FIRST FIRKIN FRIDAY. The longstanding Bushwakker tradition continues! Enjoy the pomp and circumstance as a small keg of specially created beer (the firkin) is paraded throughout the pub lead by a piper from  the  Regina  Police Services Pipes  & Drums. A volunteer is selected to tap the firkin and generally all those in the immediate vicinity receive a suds soaking experience. But every once in a while we witness a perfect tapping where not a drop is spilled as was our most recent tapping experience. You just never know how the tapping will go! 5:30 PM. Apr. 4: Monday Night Jazz & Blues. CALL ME MILDY. Original, alternative, rockin’ blues act. Check out their video at https://youtu.be/InqgH0sM-qo. 8:00 PM. Apr. 6: Wednesday Night Folk. BRADFORD. Talented guitar/vocal duo comprised of veteran Regina musicians, Brad Papp and Mark Radford. Opening act, Holly Noir. 9:00 PM. Apr. 6: MONTHLY ALES MEETING. April is one of the biggest months of the year for the ALES homebrewing club. They host the annual ALES Open home-brewing competition and receive hundreds and hundreds of entries from across the entire country. The club takes over our basement clubroom from April 11 – 16 and beers are evaluated throughout the week due to the efforts of a large contingent of volunteer stewards and beer judges. It is a massive undertaking but they do a fine job and have earned the reputation of hosting one of the best amateur homebrewing competitions in Canada. At their April 6th meeting they will address a variety of topics including: Saison, Making Yeast Starters and Washing Adding Flavours, Tinctures Spices and Fruits. The meeting starts at 8:00 PM in the Bushwakker basement clubroom. New members are always welcome. Apr. 11: Monday Night Jazz & Blues. TERRAPLANE. Regina’s friendliest bluesman, Shane Reoch, brings his full band to the Bushwakker. 8:00 PM. Apr. 13: Wednesday Night Folk. REDBEARD’S RUMBUSTER KEGGER BIRTHDAY BASH. Regina’s #1 live music ambassador, Jeff “Redbeard” Corbett of 91.3 FM CJTR Regina Community Radio, is celebrating his birthday and the whole city is invited to partake in some of his favourite things; live music, Redbeard’s famous Double Chocolate Cheesecake and a firkin of rum-infused beer! The evening kicks off with the tapping of a delicious firkin of English Harbour 5 Year Old Caribbean Rum infused Sodbuster Brown Ale at 7:30. We are starting the music early at 8:00 PM. Enjoy live performances from Keiffer McLean, Mark Radford, Ben Winoski & Jeff Storry, and Lexi Desjarlais. Apr. 16: ANNUAL BUSHWAKKER BREWER’S DINNER. 7:00 PM. Tickets $90. On sale now! Apr. 18: Monday Night Jazz & Blues. THE MINISTRY OF GROOVE. Popular act plays 1970’s jazz funk and beyond. 8:00 PM. Apr. 20: Wednesday Night Folk. LOCAL SINGER/SONGWRITER SPRING SHOWCASE. Four Regina singer/songwriting acts strut their stuff; Regan Hinchliffe, Trent Leggott, Dillon McNabb, and The Handsome Strangers. 9:00 PM. Apr. 21: HEALTH SCIENCES PUB - Good for what “Ales” you! The first presentation from a group of health science researchers at the University of Regina. They are excited to share their research with the public in a warm, welcoming environment away from campus. Join us in the Bushwakker Arizona Room at 7:00 PM. Only 50 seats will be made available. No cover charge. The room opens at 5:00 PM so come down early in order to get a good seat and perhaps enjoy a meal before the presentation. Apr. 25: Monday Night Jazz & Blues. JEFF MERTICK BAND. Another fine soulful performance from this veteran Regina bluesman. 8:00 PM. Apr. 27: Wednesday Night Folk. BECKY AND THE JETS. Classic folk songs from this popular Regina band. 9:00 PM.

Our Local Artist Wall for April features the works of husband and wife, Ruben Valdes and Susana Dormarchi. Ruben Valdes was born in Santiago, Chile, and has lived in Canada for the past twenty years. He is a welder by trade but enjoys working as an artist in his spare time. He first began working with oils and his early works can be seen around his old neighbourhood in Santiago because he had to give many of his pieces away when he moved to Canada. When he arrived here, he started working with other media and now works mostly with acrylics. He has started experimenting with abstract work. Ruben is inspired by his native land of Chile, Latin America and now Canada. Susana Domarchi was also born in Santiago, Chile, and has spent most of her life in Canada. She earned a degree in International Studies at the University of Saskatchewan. Her passion for the arts comes from her mother, Ana Domarchi, and other members in her family who have been internationally recognized. Most of her work is abstract and the theme of her subjects are very representative of our times. Like her husband, she is influenced by Chilean, Latin American and Canadian culture. She recently visited her native land so expect great and new works influenced by her latest trip. Both artists are very excited to share their works with the community.

Researchers are brewing up medicines from beer hops

by Beth Mole - Mar 17, 2016 Untapped chemicals in bitter buds may treat inflammation, infections, cancer. While beer connoisseurs have mixed and heated opinions about the trend of ever-more hoppy beers, some researchers just can’t get enough of the bitter buds. Their keen interest stems from the potentially untapped medicinal properties of the flowers. Traditional medicine has long used hops for everything from sedation to combatting infections. And researchers have noted that the plant’s chemical constituents appear to have anti-inflammatory, antibacterial, and anti-cancer activities. Yet chemists are still working out all the chemicals responsible for the potentially therapeutic effects and how to use them to brew up new medicines. Now, with two new studies, researchers report that they’re getting closer to pinning down and optimizing hop-based medicines. In one study, appearing in the Journal of Natural Products, a team of Italian researchers identified three previously unknown chemicals from Cascade hops—which are used in many American brews, but perhaps notably as a finishing hop in Sierra Nevada’s Pale Ale. One of the chemicals has clear anti-inflammatory properties. In a second study, presented this week at the American Chemical Society’s annual conference in San Diego, researchers from the University of Idaho report figuring out a streamlined procedure for making synthetic versions of two key hop chemicals, humulone and lupulone, which are known to have antimicrobial and anticancer activity. With their artificial versions, the researchers plan to make an assortment of chemical tweaks to optimize the compounds for disease-busting drugs. These helpful chemicals are in beer, Kristopher Waynant, chemist and lead researcher of the study, said in a press conference. But they’re not in the right form or quantity to have a clear benefit. “There’s positive effects from drinking beer,” he said, “but I don’t think that those positive effects are medicinal.” Thus, some chemical rejiggering is necessary. Waynant and colleagues picked out humulone and lupulone because they’re the most well-established beneficial  compounds in  hops. Studies over the years have  linked them to helping to prevent respiratory infections and blocking the spread of tumors. The first hint of their beneficial effects was noted by early brewers, who figured out that hops kept their brews from spoiling as well as offering complex, bitter flavors. But the two compounds are bulky and complex, and they can be tricky to purify or make in lab. Humulone, a key alpha acid in hop flowers—the precursor  chemicals  that  become  isomerized  during  brewing  to  give  beer bitter flavors—can blend into several chemical relatives. Less is known about lupulone, a beta acid, but it’s characterized by having two organic chains dangling from a single carbon in its central ring (double prenylation at C-6). Many studies in the past simply used hop extracts to collect humulone and lupulone for experiments—an imperfect and unstandardized approach. Waynant and colleagues set out to make a fixed recipe for making uniform, synthetic versions, which could then be tweaked. They’ve come up with that synthesis protocol—building on synthetic chemistry breakthrough—and they're working out steps to add and modify chemical ornaments on the structures. Next they’ll create a large library of similar chemicals that researchers can flip through to find the most potent drugs. While the two well-established hop chemicals get optimized, researchers in Italy analyzed Cascade hops to look for more useful chemicals. Using nuclear magnetic resonance, the researchers discovered three never-before-identified compounds in the buds. One of which, 4-hydroxycolupulone, could inhibit a pro-inflammatory enzyme from humans. The researchers are hopeful that the data can provide useful new chemicals to test and tweak for the development of new drugs. 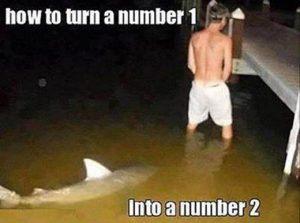 After living in the remote countryside of Scotland all his life, old MacGregor decided it was time to visit Glasgow. In one of the stores, he picks up a mirror and looks into it. Not ever having seen a mirror before, he remarked at the image staring back at him. 'How 'bout dat! he exclaims, 'Here's a picture of me Fadder.' He bought the mirror thinking it was a picture of his dad, but on the way home he remembered his wife didn't like his father, so he hung it in the shed, and every morning before leaving to go fishing, he would go there and look at it. His wife began to get suspicious of his many trips to the shed. So, one day after her husband left, she went to the shed and found the mirror. As she looked into the glass, she fumed, 'So that's the ugly hag he's running around with.'