Our premium red wine feature for March is Mazzaro Intensita (nero d'avola/nerello mascalese/cabernet sauvignon/merlot) from Sicily, Italy. $8.95 for a glass and $24.95 for a half litre. The white is Michel Torino Cuma Torrentes (certified organic) from Argentina. $6.95 for a glass and $28.95 for a half litre. Our guest tap is currently pouring a Black IPA from Nokomis Craft Ales in Nokomis, Saskatchewan. $7.95 for a pint.  Next up is the Imperial Coconut Porter from Rebellion Brewing in Regina. Bushwakker head brewer, Mitch Dalrymple, has been using a new piece of equipment in the brewery. The Hop Torpedo is a cylindrical shaped device which is filled with hop cones and then beer is circulated through the hop torpedo in the aging cellar for at least day or two. The use of the Hop Torpedo will add a new dimension of hop character to our Bombay IPA as well as our Chico IPA. Expect to experience enhanced hop aroma and complexity without increased hop bitterness. 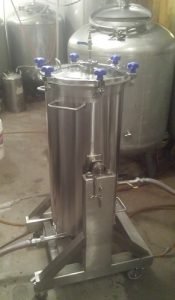 Mar. 14: Monday Night Jazz & Blues. WHITEBOY SLIM. National award-winning bluesman returns. 8:00 PM. Mar. 16: Wednesday Night Folk. BILLARNEY. A pre-St. Patrick's Day performance from this very large acoustic Celtic group. 9:00 PM. Mar. 17: BUSHWAKKER ST. PATRICK’S DAY PARTY. Traditionally one of the biggest days of the year for pubs all around the world and The Bushwakker is no exception. Enjoy our Irish food features available all day and night including: Traditional Colcannon Cakes, Smoked Salmon Soda Bread Sandwich, Irish Potato & Leek Soup and Irish Cream Panna Cotta with Espresso Caramel. Plenty of Irish drinks including: Guinness Stout, our Green Shamrock Ale and Dungarvon Irish Red Ale, Jameson Select Reserve Small Batch Whiskey and Magner's Apple and Pear Irish ciders. The evening kicks off with tapping of a firkin of our extremely popular Irish Coffee Stout at 6:00 PM. Entertainment from the Regina Police Pipes & Drums, The Prairie Gael School of Irish Dance and newly revitalized Celtic act, Squeeze of Scotch. The band will introduce Bushwakker to their new fiddle player, Mitch Dureault. 2016 is Squeeze of Scotch's 20th anniversary. The group was founded by members Guy Bruce (group leader-accordion and vocals) and Jim McKillican (guitar and vocals). Over the years the groups has had different line-ups, including Gaetan Hammond (percussion and vocals) who has been with the group for 16 years and Ryan Hicks (guitar and vocals) who has been with the group for 10 years. Over the years, Squeeze has played to thousands of people and has fans all over the world. Visit the link to view a clip of the group performing at Mosaic in 2007.  https://www.youtube.com/watch?v=OwMVRJOh2Ps   $5 cover charge begins at 5:00 PM. Mar. 19: THE SASK SAMPLER. One of the biggest live musical events of the year at The Bushwakker! Don't miss six of Saskatchewan's most promising up-and-coming acts as they bring their A-Game and strut their stuff for artistic directors representing the Regina Folk Festival, the Ness Creek Music Festival and the Gateway Music Festival. We bring in a huge sound system for this event. Big sound, big energy and big performances from some potentially very big Saskatchewan musicians. This year’s featured artists include: Kirby Criddle, Josh Gonzales, Etienne Fletcher, Wolf Willow, Eric Taylor, and Poor Nameless Boy. Cover charge in effect. Show starts at 7:00 PM. Be sure to arrive early in order to get a seat! Mar. 21: Monday Night Jazz & Blues. THE JAZZ BAND-ITS. The biggest band to ever grace the Bushwakker stage. Over 20 members play big band jazz and swing. 8:00 PM. Mar. 23: Wednesday Night Folk. THE HUMDINGERS. Veteran Regina musician, Dave Kapp, makes his Bushwakker debut of his latest act featuring three mature gents playing some extremely sad country! 9:00 PM. Mar. 24: Science Pub – edition #30: Banning Bananas From the Great Lakes and Other Great Ideas - Some New Ideas on Communicating About Nuclear Power that Might Help it Save the World! Presented by the University of Regina Faculty of Science and The Bushwakker Brewpub. Our wildly popular monthly Science Pub Series has returned after a nine month hiatus. Things will start off slowly but will potentially develop so that a larger segment of the university will be involved to make the revitalized Science Pub even bigger and better! Enjoy lectures on scientific topics of general interest in our Arizona Room (main floor banquet room) over beer and snacks. The room opens at 5:00 PM and quite often is full by 6:00 PM. Avoid disappointment and come down early for dinner and a pint before the presentation which begins at 7:00 PM. This month's lecture will be presented by Dr. Neil Alexander, Executive Director at the Sylvia Fedoruk Canadian Centre for Nuclear Innovation in Saskatoon. This lecture discusses how nuclear energy could be making a huge contribution to the battle with climate change but presently no one seems to want to talk about it.  Neil will wade fearlessly into these tempestuous waters to suggest some ideas on how the industry managed to achieve this bizarre situation and what it might do to change it.  On the journey we may learn more than we want to about bananas, something about the contents of Neil’s fridge and of the social ineptitude of young metallurgists. Some of these things may have relevance to the theme. Mar. 25: Open at 11:00 AM on Good Friday. Mar. 28: Monday Night Jazz & Blues. 'ROUND MIDNIGHT. Popular act plays popular jazz & adult contemporary tunes. 8:00 PM. Mar. 30: Wednesday Night Folk. RON LOOS. Veteran singer/ songwriter/funnyman and acoustic guitar plucker is back to showcase his razor-sharp wit and heartfelt lyrical prowess. 9:00 PM. The following article on food and beer pairing reminds us that our annual Bushwakker Brewer’s Dinner is coming up on Saturday, April 16th. This event historically sells out very quickly. Tickets will be made available later this month.

3 Reasons Why Beer Is Better with Oysters Than Champagne. Really!

By Sarah Fenske       Feb 29, 2016 Certain tastes go together like, well, peanut butter and jelly. Beer and burgers. Red meat and red wine. Nachos and margaritas. Which is why it initially seems like heresy to suggest that there could be a more perfect pairing for oysters than Champagne. The two are inextricably linked for many bivalve lovers — a crisp glass of bubbly and the briny swish of a freshly shucked oyster seem like the ultimate lazy afternoon indulgence. But while Stephen Hale, the ambassador brewmaster for St. Louis' Schlafly Beer, understands the appeal, he's actually a firm believer that oysters and stouts are an even more felicitous combination. "The robust roastiness of a stout balances out the cold brininess of the oyster," he explains. "Especially in the winter, a stout makes much more sense." This weekend, Schlafly brings its annual Stout & Oyster Festival to the Tap Room, with more than 50,000 oysters on hand for shucking and 10 stout beers on hand for purchase. It's the perfect opportunity to see if Hale has it right. Here are three reasons that a stout just might blow a glass of Champagne out of the water. 1. Contrast is everything. "Champagne may have its strong bubbly character and other reasons why people love it, but it’s just a bit delicate to go with the cold, raw, salty character of an oyster; those flavors and characteristics require a brawny, roasty flavorful stout," Hale says. A buttery sweet oyster like a Kumamoto might make sense with Champagne, but for many oysters — think a fat, briny oyster like a Blue Point or a Penn Cove Select — stout provides the necessary contrast. 2. Beer is more versatile. Sure, a nice dry glass of Champagne might be delicious with a raw bivalve dressed only in mignonette, but (heresy though it may be to purists), there are other ways to eat an oyster. Stouts also pair well with a variety of presentations — not just raw oysters, but also an oyster po'boy or oyster stew. And if you're someone who likes their bivalves doused in Tabasco, a stout stands up well to that, too. 3. With stouts, you can drink more. Champagne has an alcohol by volume, or ABV, of ten to twelve percent. For stouts, it's typically more like five or six percent, Hale says. That means you can literally drink nearly twice as much without getting hammered. And that means more oysters — and more fun. Sounds like a game plan to us! 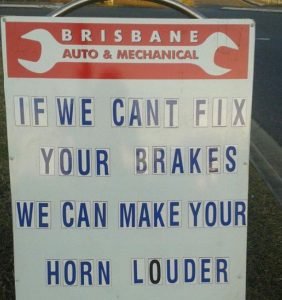 The Bushwakker is considered by many as being “the” hub of Regina’s Warehouse District and was a catalyst for growth in the area. Back in 1991 we did not see the number of restaurants, condominiums and breweries that we do today! This phenomenon is not unique to Regina.

By Lori Valigra, Mainebiz        Feb. 22, 2016 When Adam Tuuri and Eben Dingman looked for the perfect spot for their new craft brewery in Lewiston, they waited more than a year to find their current location at 43 Lisbon St., just off Main Street. It was a fixer-upper, but it was in the block where they had imagined Bear Bones Beer being located, close to three restaurants, and at 8,000 square feet, it has plenty of room to grow beyond the 2,000 square feet now in use. “We wanted to be part of the downtown community,” said Tuuri. “And we’re close to Baxter Brewing. They are excited to have another brewery to go to after work.” To get established as a brewery, the co-owners of Bear Bones Beer had to first get their area rezoned as light industrial, which would allow other businesses that made things to locate there. Both envision their brewery and tasting room, which are scheduled to open in a few weeks, to be an inclusive space where people of all ages can come to taste their beer. They even make Halal soda, as they are located near a mosque. Bear Bones isn’t the only new craft brewery trying to become an anchor in its community, a place akin to the neighborhood breweries that were common before Prohibition. “At one time people knew their neighborhood brewer,” said John LeGassey, co-owner of recently opened Fore River Brewing Co. in the Cash Corner area of South Portland. “People are starting to get in touch with people who work in these industries.” He points to a well-trodden path in the snow between two houses across the street, where customers cut through from a block away. “There’s a huge market here,” said LeGassey, a former deputy marshal who owns the brewery with partners T.J. Hansen and Alex Anastasoff. “It’s a place that didn’t have a production brewery. We are the first.” Fore River has an open concept layout where customers in the tasting room can see the beer works in the next room. “We wanted people to see us working while they have a beer. It engages them,” he added. READ MORE

A young man asked an old rich man how he made his money. The old guy fingered his worsted wool vest and said "Well, son, it was 1932. The depth of the Great Depression. I was down to my last nickel. "I invested that nickel in an apple. I spent the entire day polishing the apple and, at the end of the day, I sold the apple for ten cents!" The next morning, I invested those ten cents in two apples. I spent the entire day polishing them and sold them at 5:00 pm for 20 cents. I continued this system for a month, by the end of which I'd accumulated a fortune of $1.37". "And that's how you built an empire?" the boy asked. "Heavens, no!" the man replied. "Then my wife's father died and left us two million dollars".