Our premium red wine feature for February is Torres Infinite (tempranillo/cabernet sauvignon) from Spain. The white is Oyster Bay Pinot Grigio from New Zealand. Both are $8.50 for a glass and $24.95 for a half litre. Our guest tap is currently pouring a Belgian-style Tripel; Marzyana, from Paddock Wood Brewery in Saskatoon;. $9.50 for a pint. Next up is Brettish Monkeys Russian Imperial Stout from the same brewery. There are still bottles of the Bushwakker 25th anniversary ale available, The Revenge of the Tartan Tzar, for take home. This is the strongest beer ever produced in our history. A Russian Imperial Stout infused with Macallan 12 year old single malt scotch whisky. Bushwakker/Joe Fafard 25th anniversary commemorative t-shirts are now on sale. We have received many requests to make our Bushwakker 25th Anniversary History video as well as our Best of First Firkin Friday video available for viewing. Both videos can be viewed simply by visiting our website homepage at www.bushwakker.com. It was a great honour to learn The Bushwakker has been ranked as the Top Brewpub in Saskatchewan in 2015 by Ratebeer.com. Congratulations to other notable 2015 Ratebeer craft beer winners including our friends at Paddock Wood Brewing in Saskatoon, Black Bridge Brewing in Swift Current and Rebellion Brewing just down the street from The Bushwakker! The future is bright for top quality craft beer in Saskatchewan!  http://www.ratebeer.com/ratebeerbest/BestPlaces-State2016.asp 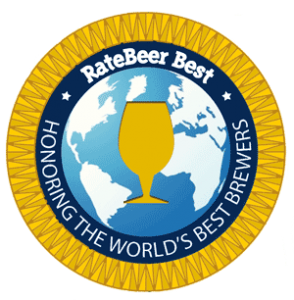 BY KRISTIN WEST     For The Surge One of the things I love most about the craft beer world is the fact that it is ever-evolving. Unlike the mainstream giants like Budweiser and MillerCoors that stick to the same old song and dance, the craft beer community is ambitious and loves to try new things — and craft breweries are capable of moving in tandem with their customers developing palate. The ideas that if it wasn’t a lager, it was too extreme, or putting fruit in your beer, and only drinking what your father drank, those boundaries are now constantly being broken. Not too long ago, the Gose style ale (pronounced goes-uh) was a forgotten style from a small region in Germany. It has very recently experienced a resurgence, riding along the coat-tails of sour style ales and their rise to popularity. A Gose style ale is traditionally a wheat beer brewed with coriander and salt, slightly soured with lactobacillus, with the result being tart and refreshing, typically highly carbonated and a low alcohol content. Locally, we were first introduced to the style with Westbrook Brewing’s (Mount Pleasant) Gose which became wildly popular because of its traditional, thirst-quenching feel and coriander forward flavor. Even throughout the United States, many breweries are tackling Gose’s unique flavor profile, all with their own delightful twists. Sierra Nevada Brewing’s (Chico, Calif., and Mills River, N.C.) Otra Vez is one of the most recently available takes on the Gose style just hitting the shelves this January. They didn’t just brew a traditional Gose either. Otra Vez is brewed with the fruit of the prickly pear cactus and grapefruit to bring out even more complexity to the already tart beer. As far as the entire flavor experience “gose,” it’s a very satisfying experience. The first sip is crisp and mouth-watering. It starts out with subtle tartness and a sea salt tingle, and transitions to a watermelon-like flavor and finishes dry and clean. There is very little hop action to this brew but it’s there with a very slight floral aroma. It only reaches 4.5% abv, so it’s easy to see all the wonderful ways this brew can be enjoyed. I see it as an in-between for the big brews as a palate cleanser and a finisher when you want just one more! The exciting thing is that this ale isn’t just a seasonal or special release, It’s the newest beer to the added to Sierra Nevada’s permanent, year-round available beers so I can’t wait to bring it along for a trip to the beach! A brew like Otra Vez entering a full, year-round release schedule reminds me that once upon a time, drinking a beer that featured fruit was considered a faux pas if you were serious about beer at all. The only time that the involvement of fruit was ever acceptable was when it was orange peel in a witbier or you were a “chick.” It was a thing you just did not do.  The way  palates  change  and  options  expand,  many craft brewers appear to grasp the fact that fruit isn’t just for girls and hops aren’t just for boys. Ballast Point Brewing (San Deigo, Calif.) had me at grapefruit over a year ago when they introduced the grapefruit version of their signature Sculpin IPA in our area. Sculpin itself is already a highly-acclaimed citrusy, big hoppy IPA, but the hops themselves are the creators of the citrusy flavors. With the addition of grapefruit, the sweet, tangy, and bitter sweetness was pushed max level. I didn’t even realize what they could possibly do next. I just learned Ballast Point has added a Pineapple Sculpin to their year-round line-up. I love grapefruit, but I really love pineapple. Unfortunately, I’ve yet to taste it, but I’m hoping it’s on its way to my glass soon. In addition, they’ve also released a Mango version of their session IPA Even Keel, and a Watermelon Dorado which is a double IPA. Yes, I know that in past articles I’ve gone on these long-winded rants about women, fruit, and beer, but the truth is, it’s everyone who likes this stuff. That’s the reason why they keep pushing the envelope by brewing them. We, the craft beer drinkers, men and women alike, demand them. That’s part of the craft beer world’s beauty. 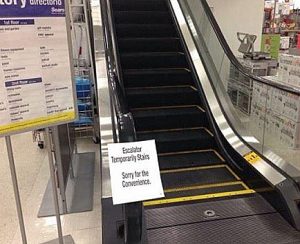 A lawyer calls his largest client to his office for an important meeting. When he arrives, the lawyer says to the wealthy art collector client "I have some good news and some bad news". The client grumbles "I've had an awful day. Tell me the good news". "Your wife invested $5,000 in two pictures today. She believes they are worth at least $3 million". "Well done!" the tycoon says with a big smile. "Good news indeed! You've made my day. So what's the bad news?" "The two pictures are of you with your secretary".