Our premium red wine feature for January is Yalumba Old Bush Vines Grenache from Australia; $9.95 for a glass and $27.95 for a half litre. The white is Kim Crawford East Coast Unoaked Chardonnay from New Zealand; $8.95 for a glass and $24.95 for a half litre. Our guest tap is currently pouring Li'l Red Flanders Red Ale from Townsite Brewery in Powell River, BC. $9.50 for a pint. Next up is a Smoked Porter from Black Bridge Brewery in Swift Current. You will notice that our Bushwakker logo appearing at the top of our Wakker Weekly newsletter has changed. We will be acknowledging our quarter century of service throughout 2016. Our big Bushwakker 25th Birthday and Robert Burns birthday celebration will be on January 23rd.

Jan. 18: Monday Night Jazz & Blues. The Shane Reoch Band. Great blues from Regina's friendliest bluesman. 8:00 PM. Jan. 20: Wednesday Night Folk. The Neil Child Winter Singer/ Songwriter Showcase. Veteran Regina musician is joined by singer/songwriters; Regan Hinchcliffe, Trent Leggott, Katie Miller, Darren Forbes, David Malloy, Mark Wilson, Matt Polsfut, Dillon McNabb and Aaron Wheeler. 9:00 PM. Jan. 23: The Bushwakker 25th Anniversary Party. Get ready for the biggest birthday bash we have ever presented! Here's a glimpse into what we are planning. The release of our commemorative Revenge of The Tartan Tzar Macallan 12-Year-old single malt scotch infused Russian Imperial Stout which has been aging for over a year, the tapping of a firkin of Highland Park infused MacGregor's Wee Heavy, the unveiling of a 25th anniversary t-shirt designed and presented by renowned Saskatchewan artist, Joe Fafard, the presentation of a special Bushwakker poem composed by Saskatchewan author and playwright, Ken Mitchell, speeches and presentations, free haggis, neeps and birthday cake and rollicking Celtic reels from The Tilted Kilts. The dance floor will be open! Yes, we need to celebrate Robert Burns' birthday too. Highland dancing and a massive pipe and drum band will perform. Come join us and allow us to thank you for a quarter century of incredible enthusiasm and support!

Jan. 25: Monday Night Jazz & Blues. The Jeff Mertick Band. Regina bluesman, Jeff Mertick is back with his band of skilled musicians and their unique style of eclectic and original soul/blues tunes. 9:00 PM. Jan. 27: Wednesday Night Folk. The Empire Associates. Regina indie band influenced by Mumford & Sons, The National, Dan Mangan, The Beatles, & Bob Dylan. 9:00 PM. Jan. 29-30: The Bushwakker at Beer Bacon Bands Festival. The biggest and newest beer festival to the Queen City is back for a second year at The Conexus Arts Centre. Sample many of our province’s delicious craft beer offerings as well as beers from all across the country. Great live music performances too. Be sure to stop by the Bushwakker booth and see what head brewer, Mitch Dalrymple, has brewed up for you. 7:00 PM.

The Bushwakker Local Artist Wall will feature the works of Addy Maldonado for the month of January. Her husband, Cristian Barreno, who will be our May artist, skillfully hung all 20 pieces for her. Enjoy Addy’s work until February 6th. Her bio follows: I was born and raised in Orizaba, Veracruz Mexico. Orizaba is a small city full of culture and history in Mexico. I am a Business Administration professional, but I have always had a passion for the fine arts and painting. I enjoy visiting different cities and checking out their museums, artists and music. By doing so I feel that my soul and heart get filled with energy and experience a sensation of growth. I started painting sometime in early 2012 thanks to the influence of my husband who is a painter as well. In my paintings I express my feelings for all that I love, my dreams, and my most beloved memories. I like using vibrant colors, which can be easily identified with my Mexican roots. My technique is the beauty that my eyes capture reflecting my soul right through my hands. 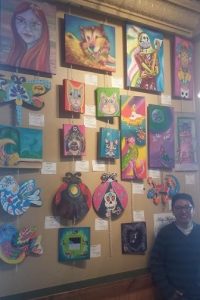 As Alberta oil plummets, alcohol climbs to priciest in Canada 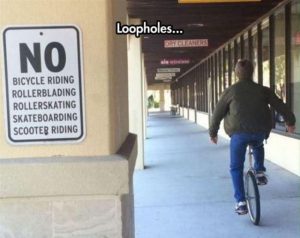 A retired man who volunteers to entertain patients in nursing homes and hospitals went to one local hospital in Inverness and took his portable keyboard along. He told some jokes and sang some funny songs at patients' bedsides. When he finished he said, in farewell "I hope you get better". One elderly gentleman replied "I hope you get better, too". Now that they are retired, my mother and father are discussing all aspects of their future. "What will you do if I die before you do?" dad asked mum. After some thought, she said that she'd probably look for a house-sharing situation with three other single or widowed women who might be a little younger than herself, since she is so active for her age. Then mum asked dad "What will you do if I die first?" He replied "Probably the same thing".