Our premium wine features for January are Yalumba Old Bush Vines Grenache from Australia; $9.95 for a glass and $27.95 for a half litre and Kim Crawford East Coast Unoaked Chardonnay from New Zealand; $8.95 for a glass and $24.95 for a half litre. Our guest tap is currently pouring Li'l Red Flanders Red Ale from Townsite Brewery in Powell River, BC. $9.50 for a pint. Next up is a Smoked Porter from Black Bridge Brewery in Swift Current. You will notice that our Bushwakker logo appearing at the top of our Wakker Weekly newsletter has changed. We will be acknowledging our quarter century of service throughout 2016. Our big Bushwakker 25th Birthday and Robert Burns birthday celebration will be on January 23rd.

Jan. 8: “Second” Firkin Friday. We were closed on the first Friday of January for New Year’s Day. We couldn’t possibly miss a month of creating a special small keg of brew and parading it throughout the brewpub lead by a piper from The Regina Police Pipes & Drums Band. A guest volunteer firkin tapper will be selected and he/she will attempt to tap the keg with The Mighty Firkin Wakker in one firm blow. Don’t miss this suds-soaking spectacular at 5:30 PM. This month’s Firkin offering will be a Cherry Porter. Jan. 11: Monday Night Jazz & Blues. 'round Midnight. Great jazz standards and jazz pop covers from this veteran Regina act. 8:00 PM. Jan. 13: Wednesday Night Folk. Bradford. Talented guitar/vocal duo featuring Brad Papp & Mark Radford. Opening act: Holly Noir. 9:00 PM. Jan. 18: Monday Night Jazz & Blues. The Shane Reoch Band. Great blues from Regina's friendliest bluesman. 8:00 PM. Jan. 20: Wednesday Night Folk. The Neil Child Winter Singer/ Songwriter Showcase. Veteran Regina musician is joined by singer/songwriters; Regan Hinchcliffe, Trent Leggott, Katie Miller, Darren Forbes, David Malloy, Mark Wilson, Matt Polsfut, Dillon McNabb and Aaron Wheeler. 9:00 PM. Jan. 23: The Bushwakker 25th Anniversary Party. Get ready for the biggest birthday bash we have ever presented! Here's a glimpse into what we are planning. The release of our commemorative Revenge of The Tartan Tzar Macallan 12-Year-old single malt scotch infused Russian Imperial Stout which has been aging for over a year, the tapping of a firkin of Highland Park infused MacGregor's Wee Heavy, the unveiling of a 25th anniversary t-shirt designed and presented by renowned Saskatchewan artist, Joe Fafard, the presentation of a special Bushwakker poem composed by Saskatchewan author and playwright, Ken Mitchell, speeches and presentations, free haggis, neeps and birthday cake and rollicking Celtic reels from The Tilted Kilts. The dance floor will be open! Yes, we need to celebrate Robert Burns' birthday too. Highland dancing and a massive pipe and drum band will perform. Come join us and allow us to thank you for a quarter century of incredible enthusiasm and support! Jan. 25: Monday Night Jazz & Blues. The Jeff Mertick Band. Regina bluesman, Jeff Mertick is back with his band of skilled musicians and their unique style of eclectic and original soul/blues tunes. 9:00 PM. Jan. 27: Wednesday Night Folk. The Empire Associates. Regina indie band influenced by Mumford & Sons, The National, Dan Mangan, The Beatles, & Bob Dylan. 9:00 PM. Jan. 29-30: The Bushwakker at Beer Bacon Bands Festival. The biggest and newest beer festival to the Queen City is back for a second year at The Conexus Arts Centre. Sample many of our province’s delicious craft beer offerings as well as beers from all across the country. Great live music performances too. Be sure to stop by the Bushwakker booth and see what head brewer, Mitch Dalrymple, has brewed up for you. 7:00 PM. 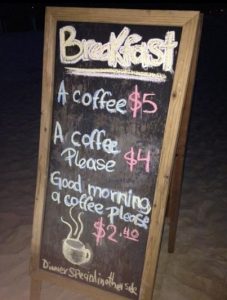 The Close Ties Between Exercise and Beer

By Gretchen Reynolds  December 2, 2015 For many people, working out and alcohol are closely linked. Sports teams and training partners celebrate victories, bemoan defeats or mark the end of training sessions with a beer or three. Beer, in fact, provides a substantial portion of some exercisers’ fluid intake after workouts. But whether exercise encourages people to drink and, likewise, whether drinking encourages people to exercise has been in dispute. Now two new studies suggest that exercise may well influence when and how much people drink. Drinking may even affect whether people exercise, and, the findings suggest, the interplay between exercise and alcohol could be a good thing. Past epidemiological studies have shown that people who exercise tend numerically also to be people who drink, and vice versa. In a typical study from 2001, for example, researchers found that men and women who qualified as moderate drinkers, meaning they downed about a drink a day, were twice as likely to exercise regularly as teetotalers. But most of these previous studies had limitations. They relied, for instance, on people’s ability to recall their exercise and drinking habits over the course of, say, the past year, which can be notoriously unreliable. They also rarely took into account participants’ ages and gender, which affect how much people exercise and drink. And perhaps most problematic, these past studies rarely determined whether people’s exercise and drinking tended to go hand in hand, suggesting a strong link. In other words, someone might work out on a Thursday and then imbibe on Friday evening with friends, providing no obvious connection between the activities. But in many earlier studies, he or she probably would have been categorized as an exerciser who drinks. So to better untangle the relationship between drinking and sweating, researchers at Pennsylvania State University, in the most scientifically ambitious of the new studies, turned to a representative group of 150 adult men and women age 18 to 75 who already were enrolled in an ongoing, long-term health study at the university. They asked these volunteers to visit the lab and fill out extensive questionnaires about their lifestyles, and then provided each of them with a simple smartphone app that could be used to record a day’s drinking and exercise activities. The app would automatically send each day’s report to the scientists. The volunteers agreed to use the app for 21 consecutive days. Over the course of about a year, covering different seasons, each participant completed three of these 21-day reports. When the researchers collated and compared the data from their volunteers, they found, for the first time, an unequivocal correlation between exercising on any given day and subsequently drinking, especially if someone exercised more than usual. As the scientists write in their study, which was published recently in Health Psychology, “people drank more than usual on the same days that they engaged in more physical activity than usual.” This relationship held true throughout all seasons of the year and whether someone was a man or a woman, a collegian or a retiree. Age and gender did not affect the results. Thankfully, the data did not show that exercise incited or exacerbated problem drinking. Only very rarely during the study did anyone report drinking heavily, which the researchers defined as downing more than four drinks in succession for a woman and five for a man. But of course this kind of epidemiological study cannot determine why working out and drinking should be associated at all, which makes the second study, a newly published review of past, related experiments, especially those involving animals, so compelling. In the review, published in Frontiers in Psychiatry, the authors point out that in lab rodents, both exercise and alcohol have been shown to increase activity in parts of the brain related to reward processing. The animals seem, in animal fashion, to get a kick out of both exercise and drinking. But while the animals’ brains responded similarly to the two activities, they did not respond identically, the past studies show. There are aspects of reward processing related to exercise that differ from reward processing related to drinking, and those differences may help to explain why, if given the opportunity, animals will avidly engage in both running and ethanol sipping. The resulting neurological high appears to be generally more pervasive and lasting than with either activity alone. It’s possible, although not proved, that something similar happens in people who exercise and imbibe, said J. Leigh Leasure, an associate professor at the University of Houston, director of the school’s behavioral neuroscience lab and the lead author of the new review. Feeling a slight buzz after a workout, she said, we may, without overt volition, look to extend and intensify that feeling with a beer, a glass of wine or a cocktail. But we also are more complicated and opaque in our behavior than rodents and likely to conjoin workouts and alcohol for many additional and sometimes tangled reasons, Dr. Leasure said. Many people, for instance, exercise in large part to burn the calories associated with drinking, meaning that, for them, drinking drives exercise behavior. Social bonding also plays an outsize role in the two activities for many of us, Dr. Leasure said. The camaraderie created on the practice field or among workout partners can nudge exercisers to reconvene convivially at the local bar, and those gatherings may motivate reluctant exercisers to stick with their routines, because they feel rewarded afterward. But while the available evidence suggests that exercise may encourage people to drink, it does not indicate that this relationship is necessarily worrisome for the vast majority of us, Dr. Leasure said. Someone who drinks  moderately  is  unlikely to  become a problem drinker as a  result of exercise. “But it’s good to be aware,” she said, that the two activities frequently intersect. “Many people may not have noticed” that they indulge in an extra beer or two on those days when they visit the running trail or the gym. 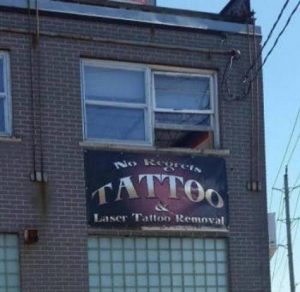 Time Out: More of What My Mother Taught Me