Our premium wine features for January are Yalumba Old Bush Vines Grenache from Australia; $9.95 for a glass and $27.95 for a half litre and Kim Crawford East Coast Unoaked Chardonnay from New Zealand; $8.95 for a glass and $24.95 for a half litre. Our guest tap is currently pouring Li'l Red Flanders Red Ale from Townsite Brewery in Powell River, BC. $9.50 for a pint. Next up is a Smoked Porter from Black Bridge Brewery in Swift Current. You will notice that our Bushwakker logo appearing at the top of our Wakker Weekly newsletter has changed. We will be acknowledging our quarter century of service throughout 2016. Our big Bushwakker 25th Birthday and Robert Burns birthday will be on January 23rd. Reservations continue to come in for the 10th edition of our popular Nothing For New Year's Eve event. Make your reservation now to avoid disappointment.

Dec. 31: Nothing For New Year's 10. It's been a decade since we decided we wouldn't do anything special for New Year's Eve at The Bushwakker. It has definitely proven to be our most popular non-event ever! To celebrate 10 years of nothing, we're doing absolutely nothing! We'll most likely do even less than normal! There will still be no noise makers, no band, no escalated drink prices, no cover charge, no midnight champagne, no dancing, no line-ups, no hassle, no problem. We will however be accepting reservations because it seems like there are quite a few of you who get pretty excited about a whole lotta' nothin'! Jan. 1: Closed. Happy New Year!  Jan. 4: Monday night Jazz & Blues. Brian Baggett. Enjoy the rich sound of the 10 string Chapman Stick from this Houston, Texas native. 8:00 PM. Jan. 6: Wednesday Night Folk. Lexy & The Power Trio Five. Bushwakker staff members love to sing. Bartender/server, Lexy Desjarlais, makes her Bushwakker debut and will deliver some folk pop with the help of a few of her friends. 9:00 PM. Jan. 6: Monthly ALES Meeting. Have a Happy “BREW” Year with one of the topped-ranked home-brewing clubs in the country. If you received a home brewing kit for Christmas and want to learn how to use it to its full potential, come sit it on a meeting and see what the ALES Club can offer you. This month’s topics of discussion are Belgian Quadruples and The Science of Mashing. Meetings are held on the first Wednesday of the month in The Bushwakker basement clubroom. New members are always welcome. Jan. 8: “Second” Firkin Friday. We were closed on the first Friday of January for New Year’s Day. We couldn’t possibly miss a month of creating a special small keg of brew and parading it throughout the brewpub lead by a piper from The Regina Police Pipes & Drums Band. A guest volunteer firkin tapper will be selected and he/she will attempt to tap the keg with The Mighty Firkin Wakker in one firm blow. Don’t miss this suds-soaking spectacular at 5:30 PM. Jan. 11: Monday Night Jazz & Blues. 'round Midnight. Great jazz standards and jazz pop covers from this veteran Regina act. 8:00 PM. Jan. 13: Wednesday Night Folk. Bradford. Talented guitar/vocal duo featuring Brad Papp & Mark Radford. Opening act: Holly Noir. 9:00 PM. Jan. 18: Monday Night Jazz & Blues. The Shane Reoch Band. Great blues from Regina's friendliest bluesman. 8:00 PM. Jan. 20: Wednesday Night Folk. The Neil Child Winter Singer/ Songwriter Showcase. Veteran Regina musician is joined by singer/songwriters; Regan Hinchcliffe, Trent Leggott, Katie Miller, Darren Forbes, David Malloy, Mark Wilson, Matt Polsfut, Dillon McNabb and Aaron Wheeler. 9:00 PM. Jan. 23: The Bushwakker 25th Anniversary Party. Get ready for the biggest birthday bash we have ever presented! Here's a glimpse into what we are planning. The release of our commemorative Revenge of The Tartan Tzar Macallan 12-Year-old single malt scotch infused Russian Imperial Stout which has been aging for over a year, the tapping of a firkin of Highland Park infused MacGregor's Wee Heavy, the unveiling of a 25th anniversary t-shirt designed and presented by renowned Saskatchewan artist, Joe Fafard, the presentation of a special Bushwakker poem composed by Saskatchewan author and playwright, Ken Mitchell, speeches and presentations, free haggis, neeps and birthday cake and rollicking Celtic reels from The Tilted Kilts. The dance floor will be open! Yes, we need to celebrate Robert Burns' birthday too. Highland dancing and a massive pipe and drum band will perform. Come join us and allow us to thank you for a quarter century of incredible enthusiasm and support! Jan. 25: Monday Night Jazz & Blues. The Jeff Mertick Band. Regina bluesman, Jeff Mertick is back with his band of skilled musicians and their unique style of eclectic and original soul/blues tunes. 9:00 PM. Jan. 27: Wednesday Night Folk. The Empire Associates. Regina indie band influenced by Mumford & Sons, The National, Dan Mangan, The Beatles, & Bob Dylan. 9:00 PM. Jan. 29-30: The Bushwakker at Beer Bacon Bands Festival. The biggest and newest beer festival to the Queen City is back for a second year at The Conexus Arts Centre. Sample many of our province’s delicious craft beer offerings as well as beers from all across the country. Great live music performances too. Be sure to stop by the Bushwakker booth and see what head brewer, Mitch Dalrymple, has brewed up for you. 7:00 PM. 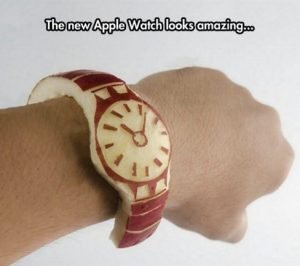 Consequence of not being specific in your Christmas wish list

By Julia Herz Whenever I speak about what’s going on with small and independent craft breweries, one thing I’m always excited to emphasize is how charitable craft brewers are. I’m inspired to say it again and again: Craft brewers use their craft beer as a cause to support other causes. I know I’m preaching to the choir here, but let’s take a moment to truly recognize craft brewers’ contributions. Not many other business communities can say they give throughout the year, week-in and week-out, to charities and non-profits. In fact, craft brewers are so generous that on CraftBeer.com, the Brewers Association beer enthusiast website, we have a hard time keeping up with our coverage of all the amazing causes that craft brewers contribute to. Craft brewers give and give—and they give in a multitude of ways. Brewery spaces are commonly offered as gathering points for charity events, and (where allowable) craft beer is often donated to silent auctions, charity giveaways and fundraisers. Plus, craft brewers are personally present at many a fundraising event, providing a truly personal touch to their involvement. Most impressive are the craft beers that are branded, through label art or even the name of the beer itself, to bring awareness to many causes—including a wide variety of medical research and survivor funding, environmental and political causes, veterans’ organizations, and so much more. From our Brewery Operations Benchmarking Survey (BOBS) we have seen the trends: Breweries across the U.S., per barrel and total dollar value, contribute an estimated $71 million. That’s right. Million. Those of us in the craft brewing community know that brewers already work long, hard hours—including weekends and weeknights (never mind the overnight brewing shifts). And we know that our mighty small brewers deliver jobs and a very sound tax base to communities in every nook and cranny of the U.S. I also want the world to know that craft brewers go above and beyond to help make the planet a better place by contributing time and time again to the charities that matter to them. Why is it important for people to know this? It makes your business even more valuable to the community! Consider publicly sharing the ways that your brewery contributes directly to local communities and towns: the number of jobs you provide; the number of tour visits you host; your charitable contributions and favorite non-profit causes; and any other tidbits that help tout what your small brewery business does to support a culture of generosity and create healthier, more vibrant communities.

Millennials and craft beer – a match made in heaven?

BY WILL DORAN A collection of marketing pros and techies gathered at the Research Triangle Park. An informal meet-up at a Raleigh art museum to discuss innovation. A new online start-up expanding to the Triangle. What do they have in common? They all happened in October, and they all focused on millennials and craft beer. The millennial generation is mostly people in their 20s, along with some in their late teens and others in their early 30s. Past generations were pounding domestic beers at that age, but now that’s not quite the case. A frat party I went to several years ago even had a keg of New Belgium. We’re drinking as much, but with a more discerning palate. But don’t just take my word for it. “A huge part of the growth in the craft beer trend and the demand for it is from millennials,” said Charlie Mulligan, 26, the founder of beer-delivery company BrewPublik. His Charlotte-based company expanded to the Triangle in early October, after receiving $5 million in venture capital. They plan to expand to more large cities soon, he said. Like  the  music  streaming  service  Pandora   but   for beer,  BrewPublik asks users to input a few beers they like. A computer program compares characteristics of those beers with a large database of other beers, and BrewPublik picks some and delivers them to your doorstep. It fits every stereotype about millennials: We love the Internet, have short attentions spans (so short we can’t even be bothered to shop for beer in person anymore?) and we’re a bunch of hipsters, obsessed with discovering cool products before they go mainstream. Millennials are also the largest generation in the United States and make up the greatest share of the U.S. workforce, according to Pew Research. We have out-boomed the baby boomers. There’s no getting rid of us, unless we all end up getting hit by cars while distracted by our phones. Taking over the workforce means this generation has decent buying power. It could be even better if the Gen-Xers and boomers hadn’t nearly destroyed the global economy in 2008, while I was drinking Fat Tire at that one frat party, but I digress. The purchasing power and habits of millennials were the focus of the RTP 180 event at the Research Triangle Park earlier this month. READ MORE 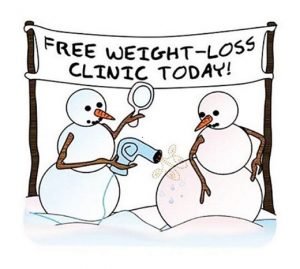 Enlist the help of friends to keep those New Year resolutions

Time Out: What My Mother Taught Me This Year