Our premium wine features for December are Charles Smith Velvet Devil Merlot from Washington State; $9.95 for a glass and $27.95 for a half litre and House Wine Co. Riesling Pinot Grigio VQA from Niagara, Ontario; $7.95 for a glass and $21.95 for a half litre. Our guest tap is currently pouring Biere D'Hiver (Winter Ale) from Townsite Brewery in Powell River, BC. $9.50 for a pint. Next up is another specialty offering from the same brewery, Townsite Li’l Red Flanders Red Ale. Looking for a gift for the Bushwakker enthusiast on your list? Bushwakker gift cards make excellent stocking stuffers. If you are looking for something unique, our Growler Gift Boxes are a big hit. We even have fancy, ornate growlers featuring ceramic closures and steel handles. Brand new this year, we have our Bushwakker “Beer To Die For” hoodies available in either zipper or pullover styles. Reservations continue to come in for the 10th edition of our popular Nothing For New Year's Eve event. Make your reservation now to avoid disappointment.

Dec. 24: Christmas Eve. Open until 5:00 PM. Dec. 25: Closed. Merry Christmas! Dec. 26: Boxing Day. Open regular hours. Dec. 28: Monday Night Jazz & Blues. Call Me Mildy. Original alternative blues from this dynamic four piece act. 8:00 PM. Dec. 30: Wednesday Night Folk. Billarney. Great Celtic music from this very large acoustic band. 9:00 PM. Dec. 31: Nothing For New Year's 10. It's been a decade since we decided we wouldn't do anything special for New Year's Eve at The Bushwakker. It has definitely proven to be our most popular non-event ever! To celebrate 10 years of nothing, we're doing absolutely nothing! We'll most likely do even less than normal! There will still be no noise makers, no band, no escalated drink prices, no cover charge, no midnight champagne, no dancing, no line-ups, no hassle, no problem. We will however be accepting reservations because it seems like there are quite a few of you who get pretty excited about a whole lotta' nothin'! Jan. 1: Closed. Happy New Year! Jan. 4: Monday night Jazz & Blues. Brian Baggett. Enjoy the rich sound of the 10 string Chapman Stick from this Houston, Texas native. 8:00 PM. Jan. 6: Wednesday Night Folk. Lexy & The Power Trio Five. Bushwakker staff members love to sing. Bartender/server, Lexy Desjarlais, makes her Bushwakker debut and will deliver some folk pop with the help of a few of her friends. 9:00 PM. Jan. 6: Monthly ALES Meeting. Have a Happy “BREW” Year with one of the topped-ranked home-brewing clubs in the country. If you received a home brewing kit for Christmas and want to learn how to use it to its full potential, come sit it on a meeting and see what the ALES Club can offer you. This month’s topics of discussion are Belgian Quadruples and The Science of Mashing. Meetings are held on the first Wednesday of the month in The Bushwakker basement clubroom. New members are always welcome. Jan. 8: “Second” Firkin Friday. We were closed on the first Friday of January for New Year’s Day. We couldn’t possibly miss a month of creating a special small keg of brew and parading it throughout the brewpub lead by a piper from The Regina Police Pipes & Drums Band. A guest volunteer firkin tapper will be selected and he/she will attempt to tap the keg with The Mighty Firkin Wakker in one firm blow. Don’t miss this suds-soaking spectacular at 5:30 PM. Jan. 11: Monday Night Jazz & Blues. 'round Midnight. Great jazz standards and jazz pop covers from this veteran Regina act. 8:00 PM. Jan. 13: Wednesday Night Folk. Bradford. Talented guitar/vocal duo featuring Brad Papp & Mark Radford. Opening act: Holly Noir. 9:00 PM. Jan. 18: Monday Night Jazz & Blues. The Shane Reoch Band. Great blues from Regina's friendliest bluesman. 8:00 PM. Jan. 20: Wednesday Night Folk. The Neil Child Winter Singer/ Songwriter Showcase. Veteran Regina musician is joined by singer/songwriters; Regan Hinchcliffe, Trent Leggott, Katie Miller, Darren Forbes, David Malloy, Mark Wilson, Matt Polsfut, Dillon McNabb and Aaron Wheeler. 9:00 PM. Jan. 23: The Bushwakker 25th Anniversary Party. Get ready for the biggest birthday bash we have ever presented! Here's a glimpse into what we are planning. The release of our commemorative Revenge of The Tartan Tzar Macallan 12-Year-old single malt scotch infused Russian Imperial Stout which has been aging for over a year, the tapping of a firkin of Highland Park infused MacGregor's Wee Heavy, the unveiling of a 25th anniversary t-shirt designed and presented by renowned Saskatchewan artist, Joe Fafard, the presentation of a special Bushwakker poem composed by Saskatchewan author and playwright, Ken Mitchell, speeches and presentations, free haggis, neeps and birthday cake and rollicking Celtic reels from The Tilted Kilts. The dance floor will be open! Yes, we need to celebrate Robert Burns' birthday too. Highland dancing and a massive pipe and drum band will perform. Come join us and allow us to thank you for a quarter century of incredible enthusiasm and support! 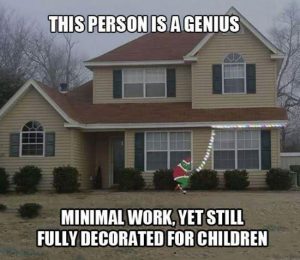 Neither rhyme nor reason to Ontario's beer sales ‘shakeup’

Naomi Buck   Dec. 21, 2015 An elated Ontario Premier Kathleen Wynne bought a six-pack of Rhyme & Reason beer at a downtown Toronto grocery store last week, and pronounced to a gaggle of reporters that this “was the biggest shakeup to alcohol sales since the end of Prohibition.” She may be right, and that’s scary. Ontario’s approach to the sale of alcohol is so retrograde that the announcement that six-packs of certain beers can now be sold in 58 grocery stores across the province can actually be called historic. The government’s step is a baby one in the right direction, but what’s stopping it from taking the leap? Ontarians are not so befogged by warm Yuletide weather that they believe the Liberal government’s claim that by maintaining a monopolistic grip over the sale of alcohol , and granting retail rights for beer to a group of foreign-owned breweries (which own The Beer Store), it is ensuring orderly, legal sales and fair pricing. To call a spade a spade: The province is cozy with the brewers and the relationship is so fruitful ($1.1-million in donations to Ontario political parties from The Beer Store’s corporate owners over the past decade) that neither sees grounds for even the gentlest of separations. Ms. Wynne joins an august lineage. When William IV, Duke of Bavaria, proclaimed in 1516 that beer could only be brewed with barley, hops and water, he wasn’t concerned about taste, but rather his coffers. Beer generated a good chunk of his dukedom’s revenue and the Bavarian Purity Law (still brandished proudly on some beer labels today) set the rule on prices, conditions of sale and ingredients. But just because Bavaria did it in the 16th century doesn’t mean Ontario should in the 21st. Germany now has among the most permissive alcohol laws in the world. German youth can purchase beer and wine at 16 and spirits at 18; alcohol is sold in grocery stores, corner stores and gas stations across the country. Has this led to wrack and ruin? Nein. Germans do drink a lot; according to the World Health Organization, about 15 litres of pure alcohol per capital, each year (compared with Canadians’ 13 litres), but binge drinking (60 grams or more of pure alcohol at a shot) in Germany is less prevalent (12 per cent) than in Canada (18 per cent), as are alcohol-related driving fatalities. Nor can Ontario claim that the current system of restricted access to alcohol is having the desired effect. According to the provincial health ministry, heavy drinking among youth ages 15 to 25 is on the rise, and the age that alcohol consumption begins has dropped to 13 and younger. A 2009 health ministry study found that 25 per cent of Ontarians ages 12 to 19 reported heavy drinking episodes (five or more drinks on one occasion) in the previous year. Bear in mind that these were reported episodes, and the legal drinking age in Ontario is 19. If the province is controlling sales, it certainly isn’t controlling consumption. The 2009 study also found the reported rate of heavy drinking among youth was as high as 65 per cent in North Bay and 51 per cent in the rural north. Maybe the government should stop debating which brewery will be granted which licence for which grocery shelf and address the socioeconomic issues that likely bedevil young drinkers: high unemployment, low post-secondary education, poor access to fresh produce and clean drinking water. Treating alcohol as a forbidden fruit, best kept under lock and key, does nothing to keep it out of the hands of those who shouldn’t have it. (Counting a number of hard-core alcoholics among my forefathers, I know their ways. That the local corner store in our North Toronto neighbourhood didn’t carry hooch wasn’t a problem; the personal stashes of Johnny Walker scattered about our home never, ever ran dry. One great-uncle kept a bottle of salad oil in the pocket of his car door, swearing that it foiled the breathalyzer every time.) Maybe after Ms. Wynne is through her Rhyme & Reason, she could help the province to dismount its high puritanical horse, allow market forces to do what they do best and let consumers decide for themselves where and when they buy their brew. Daring to dream, I picture Bavarian-style beer gardens popping up where Beer Stores once stood, and Ontarians neither guzzling nor stockpiling, but enjoying the very respectable suds that breweries in this province now have on offer.

By Andy Sparhawk “Not long ago, in a beer town not too far away…,” reads the opening line of Wit’s End Brewing’s latest media release. It is safe to say that owner, Scott Witsoe–and pretty much the entire world–is super excited for the latest Star Wars, Star Wars The Force Awakens. Wit’s End has already begun their celebration, previewing one of their Star Wars themed beers from Tuesday to Thursday,  leading  up  to the  movie  release. Additionally, the Denver brewery will be showing other Star Wars movies through the weekend and will even award one fanatic a growler filled with their choice of one of their Star Wars-inspired beers, if they are voted to have the most unique Star Wars memorabilia. “Well what would you expect from a brewery that’s owned by an 80s nerd,” jokes Witsoe. All five Star Wars-inspired beers will be available on Friday, Dec. 18 in addition to their regular line up. Learn more about their celebration on Facebook. Wit’s End Star Wars Beers: Darth Malt | Black Imperial Amber Ale Luke, I Am Your Pater | Belgian-Style Patersbier Imperial Rye Fighter | Rye Imperial Dry Stout Old Jedi Mind Trick | Session Old Ale brewed with Brown Sugar & Oak chips Mai The Fourth (Awakens) | Maibock Inspired Ale 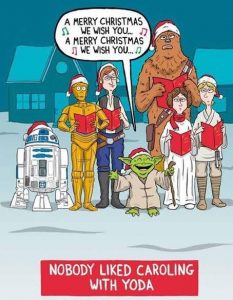 As a bagpiper, I play many gigs. Recently I was asked by a funeral director to play at a graveside service for a homeless man. He had no family or friends, so the service was to be at a pauper's cemetery outside of Dufftown, Scotland. As I was not familiar with the backwoods of Speyside, I got lost and didn't stop for directions. I finally arrived an hour late and saw the funeral director had evidently gone and the hearse was nowhere to be seen. There were only the diggers and crew left and they were eating lunch. I felt badly and apologized to the men for being late. I went to the side of the grave and looked down and the vault lid was already in place. I didn't know what else to do, so I started to play. The workers put down their lunches and began to gather around. I played out my heart and soul for this man with no family and friends. I played like I've never played before for this homeless man. And as I played "Amazing Grace" the workers began to weep. They wept, I wept, we all wept together. When I finished, I packed up my bagpipes and started for my car. Though my head was hung low, my heart was full. As I opened the door to my car, I heard one of the workers say "I never seen anything like that before, and I've been putting in septic tanks for 20 years"