Our premium wine features for December are Charles Smith Velvet Devil Merlot from Washington. $9.95 for a glass and $27.95 for a half litre as well as the House Wine Co. Riesling Pinot Grigio VQA from Niagara, Ontario. $7.95 for a glass and $21.95 for a half litre. Our guest tap is currently pouring Obsidian Rum Barrel Aged Imperial Porter from Cameron's Brewery in Oakville, Ontario. Scores 97 points on Ratebeer.com. $7.95 for a 12 ounce goblet. Next up is Biere D'Hiver from Townsite Brewery in BC. Looking for a gift for the Bushwakker enthusiast on your list? Bushwakker gift cards make excellent stocking stuffers. If you are looking for something more unique, our Growler Gift Boxes are a big hit. We even have fancy, ornate growlers featuring ceramic closures and steel handles. Brand new this year, we have our Bushwakker “Beer To Die For” hoodies available in either zipper or pullover styles. 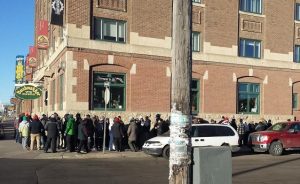 A big "thank-you" to everyone who joined us for Bushwakker Mead Day 2015.  The first people in line set up their ice fishing hut at 6:30 PM Friday. Over 6000 bottles of Blackberry Mead sold out in 2 hours and 45 minutes. It will be on tap throughout December.

Dec. 12: Annual "Missiletow" Christmas Ale Release at 11:00 AM Sharp! Avid fans of our "other" Christmas specialty brew look forward to this day every year. Only one tank of our winter warmer is produced annually. Rich malt flavours with plenty of depth and complexity abound. The perfect ale to sip on whilst curled up with a good book in front of a fireplace on a cold Saskatchewan winter night. We hope this special seasonal ale will last on tap until Christmas but the limited number of bottles will most likely sell out very quickly. Dec. 14: Monday Night Jazz & Blues. The Ministry of Groove. Popular act plays great 1970's jazz funk and their original tune, Blackberry Mead. 8:00 PM. Dec. 16: Wednesday Night Folk Night - Special Edition. The Regina Male Voice Choir. The annual one hour Christmas concert from Canada's longest continually operating male voice choir returns! Don't miss the procession of the massive boar's head during the Boar's Head Carol. Singing contests and prizes! This special concert starts at 8:00 PM. Dec. 21: Monday Night Jazz & Blues. A Bluesy Little Christmas with The Shane Reoch Band. Regina's friendliest bluesman delivers great blues and seasonal favourites. 8:00 PM. Dec. 23: Wednesday Night Folk. Becky & The Jets. Classic folk hits and from this popular Regina act. 9:00 PM. Dec. 28: Monday Night Jazz & Blues. Call Me Mildy. Original alternative blues from this dynamic four piece act. 8:00 PM. Dec. 30: Wednesday Night Folk. Billarney. Great Celtic music from this very large acoustic band. 9:00 PM. Dec. 31: Nothing For New Year's 10. It's been a decade since we decided we wouldn't do anything special for New Year's Eve at The Bushwakker. It has definitely proven to be our most popular non-event ever! To celebrate 10 years of nothing, we're doing absolutely nothing! We'll most likely do even less than normal! There will still be no noise makers, no band, no escalated drink prices, no cover charge, no midnight champagne, no dancing, no line-ups, no hassle, no problem. We will however be accepting reservations because it seems like there are quite a few of you who get pretty excited about a whole lotta' nothin'! Jan. 23: The Bushwakker 25th Anniversary Party. Get ready for the biggest birthday bash we have ever presented! Here's a glimpse into what we are planning. The release of our commemorative Revenge of The Tartan Tzar Macallan 12 Year old single malt scotch infused Russian Imperial Stout which has been aging for over a year, the tapping of a firkin of Highland Park infused MacGregor's Wee Heavy, the unveiling of a 25th anniversary t-shirt designed and presented by renowned Saskatchewan artist, Joe Fafard, the presentation of a special Bushwakker poem composed by Saskatchewan author and playwright, Ken Mitchell, speeches and presentations, free haggis, neeps and birthday cake and rollicking Celtic reels from The Tilted Kilts. The dance floor will be open! Yes, we need to celebrate Robert Burns' birthday too. Highland dancing and a massive pipe and drum band will perform. Come join us and allow us to thank you for a quarter century of incredible enthusiasm and support! Congratulations to Ashley Martin. She was the winner of our "Why I Love Bushwakker Blackberry Mead" Poetry Contest. She was crowned Queen Bee on Mead Day. She sat on a massive royal throne, wore a royal robe and crown complete with antenna and drank from the royal goblet whilst feasting on blackberry mead cheesecake and presided over the entire brewpub. Her winning poem is below: 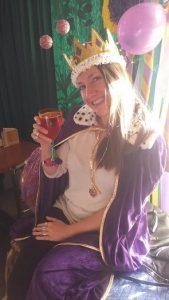 There was a cold gal from Regina So chilly from standing in line-ah For blackberry mead She had a great need Without it, she would indeed pine-ah. In a sleeping bag at 6 a.m. Normally I don’t wake up til 10 It’s frigid outside I’m freezing my hide But it’s worth it to have mead again. In parkas and winter gear Lined up for stuff rarer than beer Tickets in our pockets, Mitch brings out hot chocolate Doors open, we holler and cheer. The bottle opens with a crack Blackberry smell, your lips go smack You go in for a sip That sweet mead hits your lip And you know next year you’ll be back. 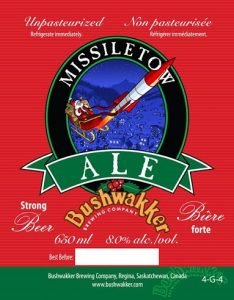 Our "other" Christmas offering will be released at 11:00 AM Saturday, December 12th.

Why you could see more ABQ beers at city events soon

By Matthew Reichbach | November 19, 2015 The next time to you go to a city event that sells beer you might see beers from Marble, Boese Brothers or La Cumbre alongside Bud Light and Corona. Albuquerque Mayor Richard Berry signed legislation that would encourage local beer at local events. It would not encourage sales at events that don’t already have beer sales, but instead encourage those that already have beer sales to use beer from local breweries. City councillor Don Harris introduced the legislation last month and the council passed the legislation on Nov. 2 on a unanimous vote. There is no financial incentive for local breweries in the legislation. The legislation directs the city to makes “best efforts” towards making sure “that local microbrew produced by Albuquerque-based small brewers is offered and served at every City sponsored event where alcohol is served.” The legislation also directs the Albuquerque Convention Center to make sure local breweries are featured at every event where alcohol is served. When he introduced the bill in October, Harris spoke to NM Political Report and said that it still “gives the organizer a lot of discretion.” The legislation acknowledges that “the local microbrew industry has been a bright spot in local business development within the City even during a time of relatively slow economic activity.” Local beer aficionados were optimistic about the legislation, including Chris Jackson, who is the editor of a website focused on local beers and breweries called Dark Side Brew Crew. “Anything you can do to get exposure beyond word of mouth would be a good thing,” Jackson said last month. The news comes at a time of rapid expansion in the local brewery scene with new of new breweries opening or expanding with an additional tap room seemingly every other week (and an increasing amount of festivals, which may be a bad thing for local breweries in the long run). The news of one of the newer breweries, Rio Bravo Brewing Co., seeking industrial revenue bonds for expansion caused discussion of the scene’s expansion. The expansion in Albuquerque mirrors a national expansion, causing some to wonder if there is a “beer bubble” that will burst soon. 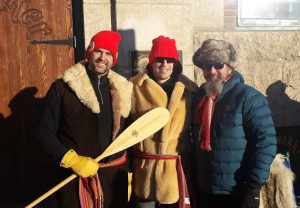 A new Bushwakker Mead Day record was set in 2015. The three Manitobans were back again this year and set up their ice fishing hut at 6:30 PM Friday night. 16 ½ hours before our mead went on sale.

A little boy goes to his father and asks 'Daddy, how was I born?' The father answers, 'Well, son, I guess one day you will need to find out anyway! Your Mom and I first got together in a chat room on Yahoo. Then I set up a date via e-mail with your Mom and we met at a cyber-cafe. We sneaked into a secluded room, and googled each other. There your mother agreed to a download from my hard drive. As soon as I was ready to upload, we discovered that neither one of us had used a firewall, and since it was too late to hit the delete button, nine months later a little Pop-Up appeared that said: 'You got Male! A Doctor was addressing a large audience in Tampa. "The material we put into our stomachs is enough to have killed most of us sitting here, years ago. Red meat is awful. Soft drinks corrode your stomach lining. Chinese food is loaded with MSG. High fat diets can be disastrous, and none of us realizes the long-term harm caused by the germs in our drinking water. But there is one thing that is the most dangerous of all and we all have, or will, eat it. Can anyone here tell me what food it is that causes the most grief and suffering for years after eating it?" After several seconds of quiet, a 75-year-old man in the front row raised his hand, and softly said, "Wedding Cake."