Our November premium red wine feature is Pelee Island Reserve Baco Noir VQA from Ontario. The white is Seven Daughters Crisp White (7 varietal blend) from California. Both are $8.50 for a glass and $24.95 for a half litre. Our guest draught tap is currently pouring the Dieu du Ciel L'Herbe a Detourne. Scores 99 points on Ratebeer.com. A Citra hopped Abbey Tripel from Quebec.  Next up will be the Black Bridge Milk Stout from Swift Current, Saskatchewan.

Nov. 23: Monday Night Jazz & Blues. The Jazz Band-Its. Over 20 members comprise this very big band who play very big band jazz. 8:00 PM. Nov. 25: Wednesday Night Folk. The Katie Miller Duo. Folk Rock singer songwriter, prairie soul storyteller, influenced by Neil Young, Katie expresses her life through song. katiemiller.ca Nov. 28: The 27th Single Malt Scotch Tasting.  SOLD OUT. One of our most popular events of the year. Performances from The Regina Highland Dancing Association as well as The Regina Police Services Pipes & Drums. An optional Scottish-themed dinner feature will be available prior to the tasting featuring Bowmore 15 Year Braised Lamb Shanks with Wild Mushroom Risotto and Root Vegetables. Starts with a bowl of Split Pea and Ham Soup. A Bite-Sized Glenmorangie Sticky Toffee Pudding will also be available. Nov. 30: Monday Night Jazz & Blues. Jordan Welbourne Trio. Saskatoon blues rock trio on a western Canadian tour make a one night stop in Regina. www.jordanwelbourne.com 8:00 PM. Dec. 2: Wednesday Night Folk – Special Edition. A Classical Christmas with the RSO Chamber Players. After a four year hiatus, we are pleased to announce the return of a fun-filled holiday tradition at The Bushwakker. Enjoy 60 minutes of great classical music as well as many of your holiday favourites. Sing along to some of your most-loved carols. Lots of crowd participation at this show. Music and beer trivia, singing contest, you may even be chosen to swing a trumpet at a keg! Great RSO and Bushwakker prizes to be won! Come down early for dinner and get a good seat. This special show starts at 8:00 PM. Dec. 2: Monthly ALES Club Meeting. If you are thinking about getting into the art of homebrewing or are an experienced homebrewer looking to elevate your skills, the ALES Club is for you. Monthly meetings are held in the Bushwakker basement clubroom on the first Wednesday of each month at 8:00 PM. The room is normally packed with passionate brewers so be sure to come early to get a seat. This month’s topic of discussion will be Single Hop Beers. New members always welcome. Dec. 4: First Firkin Friday. Enjoy the pomp and circumstance as a small keg of specially created beer is paraded throughout the pub lead by a piper from The Regina Police Services Pipes & Drums. A volunteer is selected to wield The Mighty Firkin Wakker and attempt to tap the keg without soaking themselves and all those in the immediate vicinity. The firkin procession begins at 5:30 and the pub is normally almost at capacity by 4:00. Plan to come early to avoid getting a wet seat! Dec. 5: 2015 Bushwakker Blackberry Mead Release – aka Mead Day. #MeadDay2015   A true Saskatchewan phenomenon! We have been brewing our Blackberry Mead all year long preparing for our annual kick-off to the holiday season. 400 pounds of Lumsden Valley honey and 84 pounds of blackberries are in every batch. Last year our entire Blackberry Mead offsale inventory of over 6000 bottles sold out in less than two hours. The devoted mead enthusiasts braved a Saskatchewan winter night and began forming a line 14 hours before it went on sale – yes, 9:00 PM on the Friday night! The line-up stretched almost all the way to 8th Avenue by 10:00 AM. Experienced mead lovers came prepared with ice fishing huts and propane heaters. Porta potties will once again be in place and Bushwakker head brewer, Mitch Dalrymple, will be serving hot chocolate to all those waiting in line. The Blackberry Mead Line Enforcement Crew will also be present to ensure there is no butting-in-line and will be passing out mead-purchase eligibility vouchers. Mead trivia questions will be posed to those waiting in line and free touques will be given to the winners. View the days remaining to Bushwakker Mead Day on our countdown clock over our brewhouse door. Local artist and designer, Gavin de Lint, has created a limited edition commemorative 2015 Bushwakker “Believe in Mead” purple pom-pom touques which will be unveiled that day. Blackberry Mead cheesecake will also be available. Take home bottle purchases will be limited to 12 bottles per person. $75 for a six-pack or $150 for 12 bottles. Catch the buzz! Visit our website homepage or view: https://www.facebook.com/TheBushwakker/videos/861106367256390/ to see video footage of last year’s Blackberry Mead Release. Bushwakker Blackberry Mead Queen/King Bee Limerick Contest. Want to experience the ultimate Bushwakker Blackberry Mead royal treatment? Sit on a royal throne, wear a royal robe, partake of an abundance of food and some very, very special drink whilst elevated over the entire pub? All this can be yours on December 5th by simply being creative and witty. Write a limerick telling us Why You Love Blackberry Mead. The winner will be the person who submits the limerick that resonates with us the best. Email your limericks to us at bar@bushwakker.com. Feel free to submit as many as you’d like. Contest starts right now and closes Friday, December 4th at noon. Good luck and have fun! 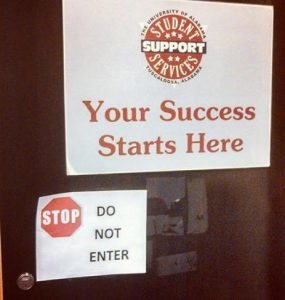 The End of Craft Beer

By Matthew Giles  October 29/2015 Once, the beer wars were about Bud versus Coors. But now both brands — or, rather, the giant companies that brew these kinds of mass-audience beers — are mostly battling for market share against craft brewers, the independent, fiercely committed group of people who preach a message of quality and care that comes from small-scale brewing. In the last few years, it's become clear that the independent brewers are winning: In 2012 there were 2,538 breweries in the United States. Now there are more than 3,700. That's an average of roughly two new breweries opening every day. Sales of megabrands like Bud Light and Miller are flat; craft beer, meanwhile, now accounts for 11 percent of all beer consumed in the U.S. (In terms of revenue, that's nearly 20 percent of the American beer market.) And store shelves and taps around the country almost always carry an array of craft beers. At this point, even your parents probably have a craft beer or two that they prefer to Bud, even if that beer happens to be Samuel Adams. In fact, Budweiser is now directly attacking craft beer, and its fans, in its advertising — something that until recently would have been unheard of. "When you talk about Portland, San Francisco, or Seattle — that's the future," says Tony Magee, the founder of California's Lagunitas Brewing Company, among the first generation of craft brewers to rise to national prominence. "Craft is already at 50 percent market share in those places, and I think reaching that market nationwide is inevitable." He explains, "If you go to Alabama, you'll find energetic young people in beer bars pouring the most obscure sorts of things. That's San Francisco circa 1993!" Garrett Oliver, the head brewmaster at Brooklyn Brewery, has likened the growth to the explosion of interest in gourmet food several decades ago: Once, when people thought of "mustard," they thought only of yellow mustard — the lone variety available at most grocery stores. Now there are hundreds of brands, and nobody seriously thinks we'll go back to a time when there's just one. (The variety of craft beers has gotten so complex that it's become difficult for store owners to figure out how to stock their shelves, since many craft lovers will try a new beer once, then move on to something else. The number of available beers is so enormous that, earlier this year, NPR reported brewers are actually running out of unique names for their beers.) This explosive growth and ongoing market saturation puts the entire industry in an interesting spot, though. Many of the biggest craft brewers are at a tipping point, and in order to keep growing, some are choosing to do the unthinkable: either embracing the business practices of the macrobrewers they've spent their careers railing against — or merging with them completely. As Magee, who recently sold a 50 percent stake in Lagunitas to Heineken, puts it, "Craft beer is just about to completely explode and become unrecognizable to itself." Other brewers echo this sentiment: "The term craft is losing its ethics, and we need to come up with new terms," says Lauren Grimm, who co-founded Grimm Artisanal Ales in Brooklyn with her husband, Joe. "Craft made sense from the 1970s to '90s because the whole brewing industry was divided. 'You're either macro or craft.' But that was such a simplistic vision of beer in the United States, and there is much more going on now. The industry is more complex." To understand why, it helps to know just a little bit of technical nitty-gritty: A brewery's size is measured by how many "barrels" (usually stainless-steel kegs, really) it produces each year. (Hectoliters, 0.852 barrels, are used outside the U. S.) Before 2010, to be considered craft by the Brewers Association — craft beer's trade group — a brewery had to produce fewer than 2 million barrels per year. By comparison, A-B InBev produces more than 100 million barrels annually. To most beer drinkers, though, the easiest way to think of it is that craft beer is the small-brand stuff, usually rocking a goofy name (Fuzzy Baby Ducks IPA, Zombie Dust, Stickee Monkey, etc.), that's brewed with high-quality ingredients and often includes strong flavors or a higher-than-usual percentage of alcohol, or both — traits that also command a premium price. This is no accident, as both the BA and brewers themselves have spent decades marketing their beers as "better" than the macrobrews or mass-market imports like Heineken or Stella Artois, which tend to be lighter in color and lower in alcohol because that style of beer is the most efficient to make, largely forgoing long fermentation time or aging that slows production and raises costs. READ MORE 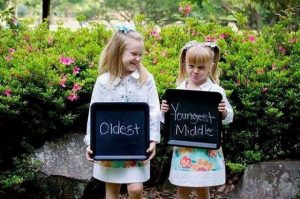 There was a man who said, "I never knew what happiness was until I got married...and then it was too late!" Love is one long sweet dream, and marriage is the alarm clock. They say when a man holds a woman's hand before marriage, it is love; after marriage, it is self-defense. When a newly married man looks happy, we know why. But when a ten-year married man looks happy, we wonder why. There was this lover who said that he would go through hell for her. They got married, and now he is going through hell. A gentleman is one who never swears at his wife while ladies are present. A husband is living proof that a wife can take a joke. A husband is what's left of the lover after the nerve has been extracted. Marriage is like a mousetrap. Those on the outside are trying to get in. Those on the inside are trying to get out. Marriage is low down, but you spend the rest of your life paying for it. Marriage is the process of finding out what kind of man your wife would have preferred. Marriage is the sole cause of divorce. Marriage means commitment. Of course, so does insanity. Marriage still confers one very special privilege - only a married person can get divorced. Marriage: A ceremony in which rings are put on the finger of the lady and around the hands and feet of the man. Marriage: the only sport in which the trapped animal has to buy the license. Marriages are made in heaven and consummated on Earth.