Oct. 17: Great Pumpkin Spiced Brown Ale Annual Release. The demand for our autumn specialty Bushwakker brew continues to grow and we have answered the call. We will once again brew a double batch of our pumpkin beer. One tank will be served on tap and the other will be bottled. Only 200 six packs will be made available and will go on sale at 11:00 AM. Limit of 12 bottles per person. Last year‘s supply of bottles sold out in just over a day. Cinnamon, nutmeg, fresh ginger, vanilla and cloves make for a delicious ale that tastes just like pumpkin pie! Oct. 19: Monday Night Jazz & Blues. ‘round Midnight. A federal election jazz party! We’ll have the election on our big television tonight! Come enjoy some great jazz standards with this popular local jazz act whilst cheering on your favourite party. 8:00 PM. Oct. 21: Wednesday Night Folk. Ben Winoski & Jeff Storry. Two acoustic guitars receive a serious workout. 9:00 PM. Oct. 24: Riders vs Eskimos. Kick-off takes place at Mosaic stadium at 5:00 PM. Plenty of time to enjoy our Eskimo Burger & a Pint feature. Think of it as “devouring” the competition! Oct. 26: Monday Night Jazz & Blues. Popular act, Shane Reoch, just keeps getting better and better. Regina’s friendliest bluesman now performs with a band. 8:00 PM. Oct. 28: Wednesday Night Folk. The Divine Nine Singer Songwriter Autumn Showcase. Neil Child is joined by Regina singer/songwriters Rebecca Lascue, Dustin Ritter, Regan Hinchcliffe, David Cruise Malloy, Katie Miller, Darren Forbes, Trent Leggott and fiddler, Mark Wilson. 9:00 PM. Oct. 31: Single Malt Scotch Tasting Tickets RELEASE DAY. Tickets to our November 28th annual Single Malt Scotch Tasting Event go on sale at 11:00 AM. Six specially imported single malts will be evaluated. Enjoy a pipes and drums and highland dancing performance. Tickets $79.95 each. Only 150 will be made available. This event historically sells out in one day. Oct. 31: A Celtic Hallowe’en. What a Saturday night this will be! Rollicking Celtic reels from The Tilted Kilts, Great Pumpkin Spiced Brown Ale on tap and a Hallowe'en costume contest at 10:30 PM where the winner will receive a $100 Bushwakker gift card. $5 cover charge begins at 7:00 PM. 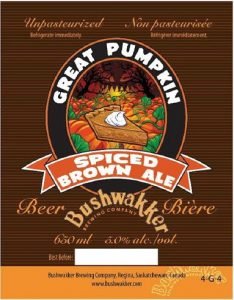 By Jonathan Shikes   Sept. 23, 2015 When judges rate beers at competitions like the Great American Beer Festival, they are typically looking for how well a particular brew fits its style definition. Does it taste, smell and feel like it is supposed to? Is it cloudy or clear? Does it have the right color, the right kind of head? But when the judges sit down this year to rate entries in the brand-new Session IPA category, they'll be looking for something that's a little harder to define: drinkability, as well as a lower alcohol content. All of the beers must be under 5 percent ABV. “It's a tricky category, but it's really fun,” says GABF competition manager Chris Swersey, who notes how popular session IPAs have become. The Brewers Association, which runs GABF, created the Session IPA category this year because 45 to 50 of the 94 entries in the more general, umbrella-like Session Beer category were IPAs in 2014. It was a good decision: The Session IPA category got about 150 entries in its 2015 debut. “It’s impressive," Swersey says. "That’s an awful lot of beers for a first-year category.” Session beers are usually defined as such because a person could drink a couple of them during a “session” without getting too drunk. Certain styles can be challenging to brew as session beers, though, because lower alcohol means less malt. And less malt usually means fewer hops to balance out the malt — and less flavor. Over the past couple of years, however, consumers have been clamoring for full-flavored IPAs with a lower ABV – and breweries have been rising to the occasion. In Colorado, several big beer-makers have turned out new ones, including Oskar Blues (Pinner Throwback IPA), Ska (Rudie), New Belgium (Slow Ride), Left Hand (Introvert) and Odell (Loose Leaf). Many of the large national craft brewers have done the same, including Sierra Nevada (Nooner), Firestone Walker (Easy Jack), Stone (Go To IPA) and Lagunitas (Day Time). Here's part of how GABF defines the category: “Session IPAs are gold to copper… Hop aroma is medium to high with qualities from a wide variety of hops from all over the world. Low to medium maltiness is present… Body is low to medium. Beer entries which exceed 5.0% ABV should be entered in another category… Entries containing less than 4.1% abw (5.1% abv) which could be appropriately entered in any other classic or traditional category should be entered in that category and not entered as a Session Beer.” Even trickier, however, is the regular Session Beer category, which has been in place for a couple of years. That's because there are a wide variety of styles thrown into that one category, with the only defining factor being that they have a low ABV. “It's diverse. It's more like a best-of-show category. For example, you have stouts competing against marzens,” Swersey says. “So the judges have to bring a lot of their knowledge to bear. But the ones who do it usually ask to do it because it's challenging.” It's also done on the honor system, meaning GABF doesn't test the ABV on the entries. “That would be a practical impossibility,” Swersey says. Rather, GABF stresses that the judges be on the lookout for beers that might taste “a little hot” for the style. “If you aren't paying attention, your taste buds may lead you to that bigger beer.” This year, there were about forty entries in the Session Beer category, which the GABF defines as, in part: "Appearance may vary from brilliant to hazy to cloudy with style of beer being made to lower strength. Aroma depends on the style of beer being made to lower strength. Any style of beer can be made lower in strength than described in the classic style guidelines. However, the goal should be to reach a balance between the style’s character and the lower alcohol content. Drinkability is a character in the overall balance of these beers. Beers in this category must not exceed 4.0% alcohol by weight (5.0% alcohol by volume).  Beers above these limits that are entered into this category may be disqualified before judging or after results are announced. 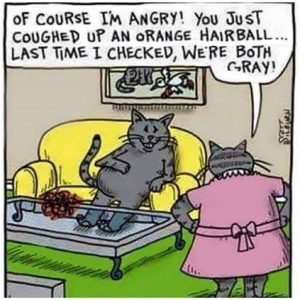 Two old ladies, Sunny and Tina, were outside their nursing home having a smoke, when it started to rain. Tina pulled out a condom, cut off the end, put it over her cigarette, and continued smoking. Sunny: "What's that?" Tina: "A condom." Sunny: "Where'd you get it?" Tina: "You can get them at any drug store" The next day, Sunny hobbled into the local drug store and announced to the pharmacist that she wanted to buy a pack of condoms. The guy looked at her strangely (she was, after all, in her eighties), but politely asked what brand she preferred. "Doesn't matter," she replied, "as long as it fits on a Camel." The pharmacist fainted. A married couple was in a terrible accident where the woman's face was severely burned. The doctor told the husband that they couldn't graft any skin from her body because she was too skinny. So the husband offered to donate some of his own skin. However, the only skin on his body that the doctor felt was suitable would have to come from his buttocks. The husband and wife agreed that they would tell no one about where the skin came from, and requested that the doctor also honor their secret. After all, this was a very delicate matter. After the surgery was completed, everyone was astounded at the woman's new beauty. She looked more beautiful than she ever had before! All her friends and relatives just went on and on about her youthful beauty! One day, she was alone with her husband, and she was overcome with emotion at his sacrifice. She said, "Dear, I just want to thank you for everything you did for me. There is no way I could ever repay you." "My darling," he replied, "I get all the thanks I need every time I see your mother kiss you on the cheek.