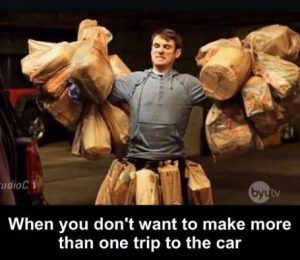 Oct. 12: Closed For The Holiday. Happy Thanksgiving! Oct. 14: Wednesday Night Folk. The Sean Burns Duo. Winnipeg artist plays Canadiana, Americana, Folk, Country and Blues which hint at such influences as Steve Earle, Bob Dylan, and Johnny Cash, capture the grittiness of the road in the stark, down-to-earth style of an authentic storyteller. 9:00 PM. Oct. 17: Great Pumpkin Spiced Brown Ale Annual Release. The demand for our autumn specialty Bushwakker brew continues to grow and we have answered the call. We will once again brew a double batch of our pumpkin beer. One tank will be served on tap and the other will be bottled. Only 200 six packs will be made available and will go on sale at 11:00 AM. Limit of 12 bottles per person. Last year‘s supply of bottles sold out in just over a day. Cinnamon, nutmeg, fresh ginger, vanilla and cloves make for a delicious ale that tastes just like pumpkin pie! Oct. 19: Monday Night Jazz & Blues. ‘round Midnight. A federal election jazz party! We’ll have the election on our big television tonight! Come enjoy some great jazz standards with this popular local jazz act whilst cheering on your favourite party. 8:00 PM. Oct. 21: Wednesday Night Folk. Ben Winoski & Jeff Storry. Two acoustic guitars receive a serious workout. 9:00 PM. Oct. 24: Riders vs Eskimos. Kick-off takes place at Mosaic stadium at 5:00 PM. Plenty of time to enjoy our Eskimo Burger & a Pint feature. Think of it as “devouring” the competition! Oct. 26: Monday Night Jazz & Blues. Popular act, Shane Reoch, just keeps getting better and better. Regina’s friendliest bluesman now performs with a band. 8:00 PM. Oct. 28: Wednesday Night Folk. The Divine Nine Singer Songwriter Autumn Showcase. Neil Child is joined by Regina singer/songwriters Rebecca Lascue, Dustin Ritter, Regan Hinchcliffe, David Cruise Malloy, Katie Miller, Darren Forbes, Trent Leggott and fiddler, Mark Wilson. 9:00 PM. Oct. 31: A Celtic Hallowe’en. What a Saturday night this will be! Rollicking Celtic reels from The Tiltled Kilts, Great Pumpkin Spiced Brown Ale on tap and a Halloween costume contest at 10:30 PM where the winner will receive a $100 Bushwakker gift card. $5 cover charge begins at 7:00 PM.

GABF judge: Women as much an audience for craft beer as men

By Eric Althoff       Sept. 24, 2015 Julie Herz, craft beer program director for the Brewers Association, will not hear that craft brewing is an old boys’ club. Now based in Boulder, Colorado, Ms. Herz grew up in the Maryland suburbs, where her love of beer was stoked at the District’s iconic — but now closed — Brickskeller Salloon. “My parents used to take us down there, so I learned about different styles, different packaging, different marketing, and then I wanted to make it,” Ms. Herz told The Washington Times. “I started to homebrew in my twenties, and it really kind of flourished from there.” Ms. Herz has risen through the ranks of professional beer aficionados to her current position. She will be one of the judges at Denver’s annual Great American Beer Festival, happening through Saturday. Ms. Herz said that following Prohibition, beer was typically marketed solely to men in their twenties and thirties, essentially ignoring the entire female population. When Americans started brewing at home, it was, at least initially, also considered a masculine activity. But times have changed. Ms. Herz proudly proclaims that beer consumption has become a gender-neutral pastime and is “bringing many more women back into the fold.” Thirty-two percent of craft beer is consumed by women,” she said. “The [Brewers Association], we’re almost half women. So it’s just pretty neat that we’ve evolved past certain types of advertising that maybe kept women at bay. “Now beer has no gender,” she said of the shifting market. “If you’re interested in beer, there’s a beer for you.” There are now close to 4,000 craft breweries in the U.S., and not just in such suds-friendly states as Idaho and Colorado, home to GABF. Brewers now craft their wares in every state and the District of Columbia. (In fact, prior to Prohibition, the nation’s capital pumped out 1 million barrels per year. One of the District’s largest breweries was even moved to make room on the land where the Kennedy Center now sits.) Over 700 breweries will bring 3,800 different beers to the Colorado Convention Center this weekend. Ms. Herz, who has judged the friendly competition since 2013, will join over 200 others from 11 countries to determine the best brewed beverages across such major categories as IPAs, stouts, pale ales and many more. Judging the best of beer, Ms. Herz said, is “a great honor and certainly took me many years professionally to [get] advanced enough of a palate to be able to sit with this judge pool.” Ms. Herz, whose tastes tend toward American IPAs, will also walk the halls of the convention hall as an aficionado, enjoying beers from all regions of the country, trying both the typical categories while also sampling the many unique batches brewers are bringing to Denver. “The majority of the 3,800 breweries in the United States, they don’t distribute outside of their own state of origin,” Ms Herz said, while also heaping praise on the rising beer culture of her District hometown. “So to get some of these gems, you’re going to go to GABF and try them all in one room, one at a time, 1 oz. at a time. “I try to get outside the box to expand my horizons, and that’s been a very healthy activity. You have to be open-minded, and if somebody suggests something, I’ll try it and then make my own judgments.” The awards ceremony will be streamed live Saturday at thebrewingnetwork.com/gabf15. Read More → 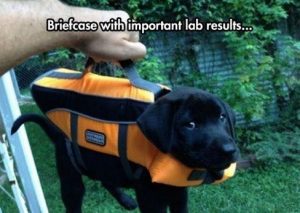 Time Out: Yet Even More Marriage Bliss

You know what I did before I married? Anything I wanted to.--Henny Youngman The best way to get most husbands to do something is to suggest that perhaps they're too old to do it.--Ann Bancroft Keep your eyes wide open before marriage, half shut afterwards--Benjamin Franklin My wife dresses to kill. She cooks the same way.--Henny Youngman My wife and I were happy for twenty years. Then we met.--Rodney Dangerfield A good wife always forgives her husband when she's wrong.--Milton Berle When women are depressed, they either eat or go shopping. Men invade another country. It's a whole different way of thinking. --Elaine Boosler I bought my wife a new car. She called and said, "There was water in the carburetor." I said, "Where's the car?" She said, "In the lake." --Henny Youngman My mother buried three husbands, and two of them were just napping. --Rita Rudner People are always asking couples whose marriages have endured at least a quarter of a century for their secret for success. Actually, it is no secret at all. I am a forgiving woman. Long ago, I forgave my husband for not being Paul Newman. --Erma Bombeck