Our September wine features are from the Red Rooster Winery in BC:  The red is Hen House Ruffled Red, a blend of Cabernet and Merlot. The white is Hen House Sly White, a blend of Sauvignon Blanc, Riesling, Pinot Gris, Semillon, Chardonnay and Orange Muscat.  Both are $7.95 for a glass and $22.95 for a half litre. Our guest draught tap is currently pouring the Red Racer Maple Bacon Ale from Surrey, B.C. $7.50 for a pint. Next up is the Common (a California Common) from the Black Bridge Brewery in Swift Current. There are a number of seasonal beers currently working their way through the Bushwakker brewery. This fall you will see our Chinook Extra Special Bitter, Harvest Lager, Granny's Bitter, Brew & Gold Dortmunder and Fleck's Czech Dark Lager flowing from our taps.

Sept. 19: Riders vs. Ottawa. Be sure to stop by the Bushwakker before, during or after the game. Enjoy our RedBlack Burger & a Pint feature and `devour` the competition. Kick-off is at 7:00 PM. Sept. 21: Monday Night Jazz & Blues. National award-winning blues artist Whiteboy Slim returns with his one man rhythm section. 8:00 PM. Sept. 23: Wednesday Night Folk. Chad Kichula Trio. Americana folk inspired by Steve Earl and Bruce Springsteen. 9:00 PM. Sept. 26:  CJTR Radiothon 2015 Kick-off Concert.  Radiothon is one of CJTR's major fundraising events and it all kicks off at The Bushwakker. Come out and enjoy an evening of fine music while showing your support for Regina's favourite community radio station. There is no admission charge at the door; however, donations to Radiothon will be gratefully accepted. Get more information on the week-long pledge drive by tuning in to 91.3FM CJTR or visiting www.cjtr.ca. Four local acts will provide the entertainment for the evening.  Ray Bell is a seasoned singer-songwriter and accomplished guitarist who has been entertaining audiences for decades. Bradford (Brad Papp and Mark Radford) present a varied repertoire that showcases their skillful guitar-playing and stellar vocal harmonies. Instrumentalists Ben Winoski and Jeff Storry will dazzle you with their  dexterity on the guitar.  MYLA is a songwriter and vocalist that performs an array of musical styles; she will appear as an acoustic trio for this show. CJTR programmers, Dane Imrie (The Capital) and Ben Valiaho (Off-Stream) will be your emcees for the evening. 7:30 PM Sept. 27: Riders vs. Montreal. Yet another rare Sunday Bushwakker business day. Kick-off is at 2:00 PM. Be sure to drop by the Bushwakker and enjoy our Alouette Burger & a Pint feature before, during or after the game. Go Riders go! Sept. 28: Monday Night Jazz & Blues. AZ Paris. Veteran blues duo returns for an encore performance. 8:00 PM. Sept. 28 - Oct. 3: Bushwakker Oktoberfest Week. The official Oktoberfest celebration in Munich will be winding down as the Bushwakker weeklong Oktoberfest celebration begins. Enjoy a unique German-themed meal special every day of the week as well as a pint of our Bushwakker brewed Oktoberfest lager, Harvest Lager. A selection of German bottled beers and a special draught will also be available. Prosit! Sept. 30: Wednesday Night Folk. Billarney. Enjoy one of the largest acoustic Celtic acts to ever grace the Bushwakker stage. 9:00 PM. Oct. 1: LB Distillers Tasting Event. Enjoy an evening evaluating a variety of products from Saskatoon’s Lucky Bastard Distillery. White spirits, brown spirits and even some liqueurs will be sampled. An overview of the distillation process as well as a recounting of the distillery’s initial business name rejection in 2010 to their incredible growth they have achieved in 2015. Only 50 tickets will be made available. Only $20 each. 7:00 PM Oct. 3: Warehouse District Gastro-Brewfest. Taking place in the lot directly south of the Bushwakker. A brand new event celebrating culture, art and entertainment in the Warehouse District. Main event area will feature a beer garden featuring local brewers that call the Warehouse District home; a main stage with live entertainment featuring Regina bands, artists and dance groups. A kids area; participation/demo area. Plus great events, sales and promotions throughout the District. We will be there pouring a few Bushwakker brands as will fellow warehouse district brewers, Rebellion and District Brewing. A number of food trucks will also be at the site. Try pairing some of the craft beers with your favourite foods. Event runs from 11am - 9pm. 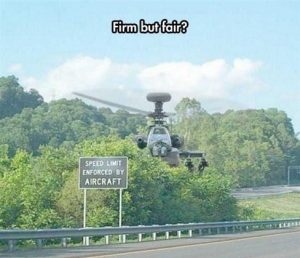 The craft beer wars are heating up

W  olf Richter, Wolf Street Sep. 9, 2015, 9:49 AM The theme: An international brewing conglomerate famous for watery beers that are losing market share buys an American craft brewer. If it’s not a brewing conglomerate, it’s a private equity firm. Big Money rules. And valuations of craft brewers have soared. It’s a dream come true for founders, early investors, and some employees. It’s American entrepreneurialism. Guts, grit, years of hard work, luck, stick-to-itiveness, Yankee marketing, and a passion to produce the best suddenly turn into mega-dollars. The response from beer lovers has been something close to revulsion: How could they sell out?Now it happened to me. I love IPAs (India Pale Ales) for their complex hoppy flavors. They’re perfect when you’re just sitting there, ruminating  about  the  rigged markets.  They’re perfect with food. They’re particularly perfect with a good steak. So today, Lagunitas Brewing Company announced that it too sold out. The original brewery is in Petaluma, Sonoma County, about 40 miles north of San Francisco. They brew all kinds of beers, but the one that ranks on my list of favorites is their IPA. And they’ve done an excellent job marketing the IPA. It’s broadly distributed in Bay Area grocery stores, bars, and restaurants. I drank my first Lagunitas IPA a decade ago on a ferry across the Bay. Today, our local Costco even carries it. And Lagunitas has become the sixth largest craft brewer in the US. Four years of drought in California have been hard on the water-intensive brewing business. So it just opened a second brewery in Chicago, which has plenty of water. Both breweries combined have a capacity of 1.2 million barrels. These folks have done a lot of things right for a long time, beyond brewing beer. And today came the payoff - Heineken International, the world’s third-largest brewing conglomerate, is buying a 50% stake. Even in its press release, Lagunitas couldn’t curtail its irreverent manner: its hometown turned into “PETAFUKINLUMA.” After an immense acquisition spree, Heineken shines with stagnant revenues. But it has breweries around the world – “180 of those buggers everywhere,” as the press release put it. So it’s finally trying to buy into the only vibrant sector of the otherwise morose US beer market. American craft brewers are a phenomenal growth story, going from one craft brewer in the 1970s to some 3,200 last year, including brew pubs and microbrewers, according to the Brewers Association. Sales rocket higher at double-digit rates year after year – nearly 18% last year to $19.6 billion – in a market where per-capita beer consumption has been declining for decades. The press release didn’t disclose the financial terms of the deal. But The Press Democrat reported that, “according to people familiar with recent acquisitions in the craft beer industry,” Lagunitas’ valuation would be about $1 billion. Founder and executive chairman Tony Magee explained that the deal would allow him “to return some money to my shareholders who have displayed the patience of Job while letting me run the company in the way and the directions that we felt were most important.” They invested from 1999 to 2001 and weren’t “big money guys,” he told The Press Democrat, but people he knew, including a veterinarian, a dentist, a retired Navy chaplain, a police officer, and a retired school teacher. For them, this is a great day. It’s hard to have your money stuck in illiquid shares. Countless craft brewers have gone out of business, taking their investors’ moolah with them. It’s tough out there. Brewing a great beer isn’t nearly enough. Competition is fierce, barriers to entry small. The risks are huge. And so should be the eventual rewards for the lucky ones. It’s by no means a sell-out, Magee emphasized. “What thrills me? The idea of taking this name Lagunitas, the flavors of the IPA and our other beers, and presenting them to other communities around the world. That’s exciting.” The press release promised that the joint venture would “operate independently in the US, maintaining the integrity of its brews and culture.”  Magee would  “remain at the helm, with the same leadership and staff, same brewers, same recipes, same suppliers and distributors helping to drive the brand forward.” Nothing would change, not for the moment at least. Which is what they all say. And it’s good for everyone: Lagunitas will get access to the world markets via Heineken’s distribution network; and Heineken will get “the opportunity to build a strong foothold in the dynamic Craft Brewing category on a global scale.” There was only a tiny reference to the Heineken-izing process that will eventually set in: Lagunitas would “share in the best quality processes in the world….” In these kinds of deals, most often, founders and executives who have done such an awesome job starting the company and ramping it up to size, and who have rewarded their investors lavishly, eventually move on to the next great thing. But once a brewing conglomerate creates a global brand out of a craft brew, the exigencies of markets and money, of shareholders and bondholders, begin to exert their influence. Corporate cost cutters step in. Cheaper varieties of hop will eventually make their way into the IPA. To reduce the delicious hoppy bitterness that turns off Heineken or Dos Equis drinkers, and to make the beer more of a mass-market product, the company might even whittle down the amount of hop in the recipe. By then, I will have moved on to other wonderful creations of the amazing craft brew scene. Processes will be improved. Efficiencies and synergies will be obtained by combining certain elements with existing corporate structures. This is all part of the American craft brew revolution. And in the end, Lagunitas, the brand, may well thrive, but the beer will be Heineken-ized. 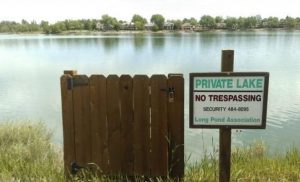 Dan married one of a pair of identical twin girls. Less than a year later, he was in court filing for a divorce. "OK," the judge said, "Tell the court why you want a divorce." "Well, your honor," Dan started, "Every once in a while my sister in law would come over for a visit, and because she and my wife are so identical looking, every once in a while I'd end up making love to her by mistake." "Surely there must be some difference between the two women," the judge said. "You'd better believe there is a difference, your honor. That's why I want the divorce," he replied.