Our August premium red wine is from Portugal; Terras de Estremoz TE Red, a blend of Arogonez/Trincadeira/Castelão Portuguese grape varietals. The white is from Spain; Goru el Blanco (Moscatel/Chardonnay). Both are $7.50 for a glass and $22.95 for a half litre. Our guest draught tap is currently pouring the Howe Sound Super Jupiter Grapefruit Session IPA from Squamish, BC for $8.50 pint. Next up will be the return of the Saugatuck Serrano Pepper Amber Ale from Michigan Also $8.50 for a pint. The current beer in our single hop series beer is hopped with Zythos, a HopUnion (a hop provider) proprietary blend. Cheryl’s Blond Ale has been off line for the past few weeks but will return by the August 22 weekend. Cheryl’s is usually a full-time beer but we’ve encountered some unusual circumstances this month. Chico IPA is also a full time beer. Brewer Mitch has introduced the single hop ale series, beers for which the same hop variety has been used at all stages of the brewing process. These beers have the same flavour profile as an IPA’s like Chico but lower alcohol content, meaning one might be able to have more than one without getting too tipsy. For that reason they are known as “session” beers, and IPA type session beers are sometimes called ISA’s. It so happens that our current guest beer, Howe Sound Super Jupiter Grapefruit Session IPA, actually calls itself an ISA. On top of that we now have on tap Saskadian Black IPA and Trephination Imperial IPA. And to top it off, Butcher’s Daughter’s American IPA is on its way through the brewery. That’s a lot of IPA’s but Brewer Mitch will try to get our beer selection back to normal as soon as possible. In order to get there we note that our guest beer Guinness has gradually become less popular over the years. We now go through roughly one keg per month, or four pints per day. In the future Guinness may not always be on tap. 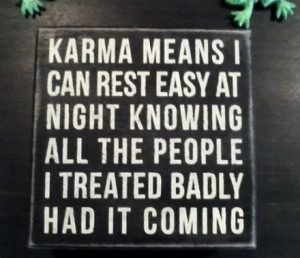 The Bushwakker has been nominated and is now a finalist in the 2015 Saskatchewan Chamber of Commerce ABEX (Awards For Business Excellence) Community Cornerstone Award. In 1984, the Saskatchewan Chamber of Commerce introduced the ABEX Awards to honour outstanding achievements in business excellence. The awards have gained prominence as the most highly esteemed symbols of business excellence in this province. The ABEX awards highlight pivotal business elements of provincial prosperity and are the only business award that honours all private sector enterprises in Saskatchewan regardless of size and economic activity. The Community Cornerstone Achievement for Business Excellence Award celebrates a small enterprise which has a longstanding (20+ years) history within a community, while showing great pride in and support for the local community, and serving as an unofficial ambassador for it. The Community Cornerstone Achievement for Business Excellence Award is the newest ABEX award.  These businesses exemplify the concept of corporate social responsibility and/or mentoring at the grassroots level, and have worked to make an impact in the greater business community. Because this is a different sort of category than the traditional ABEX Awards, and because of the anticipated diversity of the group of nominees, this will be the only ABEX ever to employ the power of community networks, using the general public to judge the winner via online voting, which will open later in August.

Aug. 21: Motherwell Red Fife Witbier Firkin Preview. The Bushwakker is a proud partner of Parks Canada this summer and has been asked to brew a Motherwell Homestead commemorative brew, as part of Parks Canada’s “Cultivate Victory” celebrations. Motherwell Red Fife Witbier, will utilize the historic Red Fife wheat in its production. This special Belgian-style wheat beer will be officially released at The Symphony Under The Sky event which will be held at the Motherwell Homestead on Saturday, August 29. Motherwell Homestead interpreters will be at the Bushwakker for a special firkin tapping and preview of this refreshing commissioned brew on the 21st. They will be wearing period dress, and will briefly describe the big Motherwell Threshing Day/SUTS Grand Event.  You will have the opportunity to have an advance preview of the special beer before it is officially unveiled this weekend. 5:30 PM. Aug. 22: Riders vs. Stampeders. Be sure to stop by The Bushwakker before, during, or after the game and enjoy our Stampeder Burger & a Pint feature for only $16.95. Think of it as “devouring” the competition. Kick-off is at 5:00 PM. Aug. 24: Monday Night Jazz & Blues. Shane & Ethan Reoch. Regina’s friendliest bluesman is now joined by his son. They may be joined by a rhythm section too.  Just keeps getting better & better! 8:00 PM. Aug. 26: Wednesday Night Folk Special Event/2015 ALES Open “Best of Show” Launch. Every April, the Ale & Lager Enthusiasts of Saskatchewan home brewing club host a national brewing competition at the Bushwakker. In 2015, over 600 entries were received from as far away as St. John’s to Victoria to Whitehorse. This year’s “Best of Show” winner hails from Regina. Under the watchful eye of her father, Carly Falkenstein brewed an amazing IPA called Butcher’s Daughter American IPA which beat out every other beer in the entire competition. Her prize included the opportunity to brew her award-winning beer in the Bushwakker brewery with head brewer, Mitch Dalrymple. Carly also happens to be a talented folk singer and guitarist. If you thought top notch brewsters can’t possess top notch pipes, think again.  Come on down and treat your eyes and taste buds to some genuine Regina talent! Carly will officially unveil her IPA by pouring the first pint at 9:00 PM right before she goes on stage. Bottles will go on sale at 11:00 AM. Carly will also share the stage with another young Regina artist, Taylor Dyke. Aug. 29: Bushwakker Motherwell Red Fife Witbier Official Launch. The Bushwakker is a proud partner of Parks Canada this summer and has brewed a Motherwell Homestead commemorative brew which will be officially unveiled at the Symphony under the Sky at Motherwell 2015. Motherwell Red Fife Witbier, a Belgian style of wheat beer, utilizes the historic Red Fife wheat in its production. This special easy-drinking wheat beer is the perfect summer quencher.  Motherwell Homestead National Historic Site is located an hour NE of Regina.  Enjoy a jam packed day of activities including threshing demonstrations, the Field to Fork Festival and kids activities during our "Cultivate Victory" world war commemorations. The highlight of the afternoon will be the performance of the Regina Symphony Orchestra’s Symphony under the Sky! Bring your lawn chairs and blankets and enjoy a symphonic concert at the homestead. Event goes ahead rain or shine so come prepared. Tickets are available at the Bushwakker. $10 each or $35 for a family. Enjoy a great family day of historic music at a historic site drinking a historic brew! (This event is allowed to sell beverage alcohol under an SLGA special occasion license and only beverage alcohol sold on the premises may be consumed on the premises.) Aug. 31: Monday Night Jazz & Blues. Brian Baggett. A master of the 10-string Chapman Stick. Such full sound from one man playing one instrument! 8:00 PM.

Battle of the Bottle: Why Beer is The Best Libation With Food

Jane Peyton   Posted: 10/08/2015  Beer and fine dining? You're 'aving a giraffe mate! Although the Daily Telegraph would not use such language that's what they meant in a recent editorial comment of which I was the subject. They were referring to my claim that beer is the best libation to match with food. The writer of the comment piece disagreed opining that beer should stay in the pub with scotch eggs and never find its way to the dining table. I can't resist the urge to peel away blinkers when someone is close-minded so I wrote a letter to the editor and invited the commentator to join me in a Battle of the Bottle where I would demonstrate over dinner just why beer deserves respect and should be served at every dining table. He has yet to accept the challenge. In the meantime, here is why beer is the champ when it comes to matching with every occasion and every dish of every course of every cuisine on the menu. Let's start with the aperitif. Why do people have a G & T or a Campari before a meal? Because they are bitter flavoured and bitterness prompts the production of saliva, gastric juices, and bile thereby stimulating the appetite and starting the digestive process. Efficient digestion is essential to good health. Most beer is bitter so start a meal with a robust India Pale Ale and serve it in a flute because there is no law that beer must be served in a cumbersome pint glass. We drink when we eat in order to clear the mouth for the next forkful. Beer is up to 95% water and contains carbon dioxide which is very efficient at scrubbing the palate. CO2 also bestows an invigorating acidity and lightens the richness of food. The brain registers most flavour through the nose as aromas travel from the mouth into the nasal chamber where millions of olfactory cells send a message about the flavours in the food and drink. If the palate is coated with food then the aromas have a harder time reaching the nose. This is where beer has no peer - all that water, all that carbon dioxide, and the fact that hops, one of the ingredients of beer, are champs at cutting through the texture of food creating a pathway for those crucial aromas to connect with the smell cells. No other libation has the versatility of beer. There is a beer in every taste - sweet, bitter, sour, umami and there are even salty beers (a German style called Gose). And where do I begin with the flavours and aromas in beer? There are hundreds. Chocolate, coffee, vanilla, caramel, fruit, smoke, nuts, molasses, spice, herbs, pine, floral, licorice, biscuits, honey are just a few. Then there is the drinking experience and the mouthfeel - smooth, dry, astringent, light, clean, full-bodied, acidic, warming, mineral, tannins. Wine drinkers - do any of those terms sound familiar? Several societies in antiquity believed that drinking wine engendered exceptionalism and the fermented fruit of the vine was reserved for those of high status. For ancient Greeks and Romans wine was the civilized libation whereas beer drinkers were uncouth. Even today wine is seen as the 'smart' option for dining, with beer relegated to being worthy only for pork scratchings. I'm sure Elizabeth I and her Dad, both enthusiastic ale drinkers would have something to say to anyone with that opinion. Such as 'The Tower of London is that way.' READ MORE 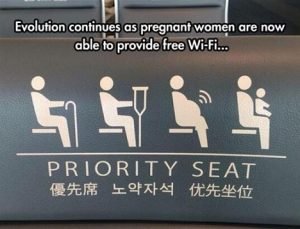 The day after his wife disappeared in a kayaking accident, a Twillingate, Newfoundland man answered his door to find two grim-faced RCMP officers. "We're sorry Mr. Flynn, but we have some information about your wife," said one of the officers. "Tell me! Did you find her?!" Cedric Flynn asked. The troopers looked at each other. One said, "We have some bad news, some good news, and some really great news. Which would you like to hear first?" Fearing the worst, Mr. Flynn said, "Give me the bad news first." The RCMP officer said, "I'm sorry to tell you, sir, but this morning we found your wife's body in the bay." "Lord tundering Jesus!" exclaimed Flynn. Swallowing hard, he asked, "What could possibly be the good news?" The officer continued, "When we pulled her up, she had 20 of the best looking Atlantic Lobsters that you have ever seen clinging to her. Haven't seen lobsters like that since the 1960's, and we feel you are entitled to a share in the catch." Stunned, Mr. Flynn demanded, "If that's the good news, then what's the great news?" The officer replied, "We're gonna pull her up again tomorrow!"