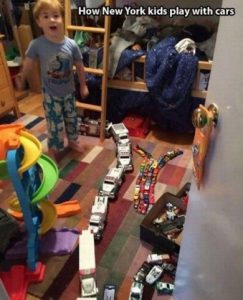 The Bushwakker has been nominated and is now a finalist in the 2015 Saskatchewan Chamber of Commerce ABEX (Awards For Business Excellence) Community Cornerstone Award. In 1984, the Saskatchewan Chamber of Commerce introduced the ABEX Awards to honour outstanding achievements in business excellence. The awards have gained prominence as the most highly esteemed symbols of business excellence in this province. The ABEX awards highlight pivotal business elements of provincial prosperity and are the only business award that honours all private sector enterprises in Saskatchewan regardless of size and economic activity. The Community Cornerstone Achievement for Business Excellence Award celebrates a small enterprise which has a longstanding (20+ years) history within a community, while showing great pride in and support for the local community, and serving as an unofficial ambassador for it. The Community Cornerstone Achievement for Business Excellence Award is the newest ABEX award.  These businesses exemplify the concept of corporate social responsibility and/or mentoring at the grassroots level, and have worked to make an impact in the greater business community. Because this is a different sort of category than the traditional ABEX Awards, and because of the anticipated diversity of the group of nominees, this will be the only ABEX ever to employ the power of community networks, using the general public to judge the winner via online voting, which will open in August.

Aug. 17: Monday Night Jazz & Blues. The Jeff Mertick Band. Soulful vocals from this veteran bluesman. 8:00 PM. Aug. 19: Wednesday Night Folk. The Banff Wardens. Lots of buzz about this show. The Wardens' mountain music blends folk, roots and western styles. A piece of Canadiana reflecting the pristine wilderness of the Rocky Mountains. 9:00 PM. Aug. 21: Motherwell Red Fife Witbier Firkin Preview. The Bushwakker is a proud partner of Parks Canada this summer and has been asked to brew a Motherwell Homestead commemorative brew, as part of  Parks Canada’s “Cultivate Victory” celebrations. Motherwell Red Fife Witbier, will utilize the historic Red Fife wheat in its production. This special Belgian-style wheat beer will be officially released at The Symphony Under The Sky event which will be held at the Motherwell Homestead on Saturday, August 29. Motherwell Homestead interpreters will be at the Bushwakker for a special firkin tapping and preview of this refreshing commissioned brew on the 21st. They will be wearing period dress, and will briefly describe the big Motherwell Threshing Day/SUTS Grand Event.  You will have the opportunity to have an advance preview of the special beer before it is officially unveiled next weekend. 5:30 PM.                                                   . Aug. 22: Riders vs. Stampeders. Be sure to stop by The Bushwakker before, during, or after the game and enjoy our Stampeder Burger & a Pint feature for only $16.95. Think of it as “devouring” the competition. Kick-off is at 5:00 PM. Aug. 24: Monday Night Jazz & Blues. Shane & Ethan Reoch. Regina’s friendliest bluesman is now joined by his son. They may be joined by a rhythm section too. Just keeps getting better & better! 8:00 PM. Aug. 26: Wednesday Night Folk Special Event/2015 ALES Open “Best of Show” Launch. Every April, the Ale & Lager Enthusiasts of Saskatchewan home brewing club host a national brewing competition at the Bushwakker. In 2015, over 600 entries were received from as far away as St. John’s to Victoria to Whitehorse. This year’s “Best of Show” winner hails from Regina. Under the watchful eye of her father, Carly Falkenstein brewed an amazing IPA called Butcher’s Daughter American IPA which beat out every other beer in the entire competition. Her prize included the opportunity to brew her award-winning beer in the Bushwakker brewery with head brewer, Mitch Dalrymple. Carly also happens to be a talented folk singer and guitarist. If you thought top notch brewsters can’t possess top notch pipes, think again. Come on down and treat your eyes and taste buds to some genuine Regina talent! Carly will officially unveil her IPA by pouring the first pint at 9:00 PM right before she goes on stage. Bottles will go on sale at 11:00 AM. Carly will also share the stage with another young Regina artist, Taylor Dyke. Aug. 29: Bushwakker Motherwell Red Fife Witbier Official Launch. The Bushwakker is a proud partner of Parks Canada this summer and has brewed a Motherwell Homestead commemorative brew which will be officially unveiled at the Symphony under the Sky at Motherwell 2015. Motherwell Red Fife Witbier, a Belgian style of wheat beer, utilizes the historic Red Fife wheat in its production. This special easy-drinking wheat beer is the perfect summer quencher.  Motherwell Homestead National Historic Site is located an hour NE of Regina.  Enjoy a jam packed day of activities including threshing demonstrations, the Field to Fork Festival and kids activities during our "Cultivate Victory" world war commemorations. The highlight of the afternoon will be the performance of the Regina Symphony Orchestra’s Symphony under the Sky! Bring your lawn chairs and blankets and enjoy a symphonic concert at the homestead. Event goes ahead rain or shine so come prepared. Tickets are available at the Bushwakker. $10 each or $35 for a family. Enjoy a great family day of historic music at a historic site drinking a historic brew! (This event is allowed to sell beverage alcohol under an SLGA special occasion license and only beverage alcohol sold on the premises may be consumed on the premises.) Aug. 31: Monday Night Jazz & Blues. Brian Baggett. A master of the 10-string Chapman Stick. Such full sound from one man playing one instrument! 8:00 PM. 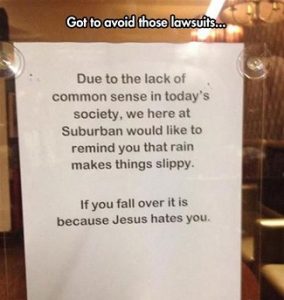 Opinion: Why all craft beer should be in cans

Published: July 31, 2015   By Jason Notte What seems like a lifetime ago, the beer can was beer’s not-so secret shame. . It’s what frat guys in movies crushed on their foreheads. It’s what young drinkers stacked into beeramids, punctured with keys for shotgunning or purchased in suitcase-sized packs for relatively low sums of money. Yes, it’s what generations earlier took on or to the fishing trips beach, but a few too many cans of uninspired light lager left it prone to ridicule and derision. Today, it’s a pillar of the craft beer industry. According to CraftCans.com, more than 520 of the nation’s nearly 3,700 craft breweries can at least one of their beers. Altogether, more than 2,000craft beer brands are sold in cans. Where the can was once considered cheap and metallic, it is now a big part of the success of breweries including Portland, Ore.-based Hopworks Urban Brewery. Founder Christian Ettinger was a business student at the University of Oregon when he first began brewing beer in the early 1990s and remembers when craft or specialty beer consisted of the Killian’s Irish Red, Coors Winterfest and Henry Weinhard’s Dark, Red or Ale. As one of the first Oregon students to earn college credits brewing beer, during a paid internship with Eugene City Brewery, Ettinger turned a college semester in Cologne, Germany (birthplace of Kölsch), and a brewing course at the University of California-Davis into a brewmaster’s position at Portland’s Laurelwood Brewery. When he opened Hopworks in 2008, Ettinger and 43 employees were producing a scant 3,000 barrels of beer in kegs and 22-ounce bottles. About three years ago, however, he began canning beers and watching production increase. His brewery has since grown to 132 employees producing 16,000 barrels of beer, with half of that being sold in cans alone. The beer he ships in cans is roughly 30% lighter in weight than a similar amount of beer packaged in bottles, which makes it less costly while keeping the beer’s light and oxygen exposure to a bare minimum.                                    . That’s allowed Hopworks to expand its distribution footprint from Oregon to Washington, Idaho, British Columbia and Utah (where the brewery’s 2.6% alcohol-by-volume Totally Radler and 3.9% ABV Nonstop Hef Hop wheat beer is just below the state’s 4% ABV threshold for beers sold in grocery stores). It’s also light enough to allow Hopworks cans to hitch a ride in pinot noir containers bound for Alaska and Hawaii, and to export them to Japan with Oregon brewers shipments from including Deschutes and Rogue. While Hopworks is one of seven breweries in the world certified as a B Corporation for its use of organic ingredients and environmentally sustainable practices — and collaborates with another, New Belgium Brewing Co., on its B-Side series of beers — Ettinger notes that its cans’ environmental benefits aren’t always as clearly defined as its economic efficiencies. READ MORE