Our August premium red wine is from Portugal; Terras de Estremoz TE Red, a blend of Arogonez/Trincadeira/Castelão Portuguese grape varietals. The white is from Spain; Goru el Blanco (Moscatel/Chardonnay). Both are $7.50 for a glass and $22.95 for a half litre. Our guest draught tap is currently pouring the Howe Sound Super Jupiter Grapefruit Session IPA from Squamish, BC for $8.50 pint.

Aug. 7: First Firkin Friday. We have experienced quite a few messy firkin tappings over the last few months. Yes, craft ale has been spilled on the floor, yes, the volunteer tappers have been getting soaked, yes, the beer has been delicious and yes, it has been lots of fun too. The tradition continues! Join us as we bear witness to a piper from the Regina Police Pipes  Drums leading a firkin (small keg) of specially prepared beer in a procession throughout the pub. Tapping takes place at 5:30. Get set to get wet and savour some special suds! Aug. 10: Monday Night Jazz & Blues. Call Me Mildy. Original, alternative blues from this talented trio. 8:00 PM. Aug. 12: Wednesday Night Folk. The Empire Associates. Indie folk/alt/rock act inspired by Mumford & Sons, The National, Dan Mangan, The Beatles, & Bob Dylan. 9:00 PM. Aug. 17: Monday Night Jazz & Blues. The Jeff Mertick Band. Soulful vocals from this veteran bluesman. 8:00 PM. Aug. 19: Wednesday Night Folk. The Banff Wardens. Lots of buzz about this show. The Wardens' mountain music blends folk, roots and western styles. A piece of Canadiana reflecting the pristine wilderness of the Rocky Mountains. 9:00 PM. Aug. 21: Motherwell Red Fife Witbier Firkin Preview. The Bushwakker is a proud partner of Parks Canada this summer and has been asked to brew a Motherwell Homestead commemorative brew, as part of  Parks Canada’s “Cultivate Victory” celebrations. Motherwell Red Fife Witbier, will utilize the historic Red Fife wheat in its production. This special Belgian-style wheat beer will be officially released at The Symphony Under The Sky event which will be held at the Motherwell Homestead on Saturday, August 29. Motherwell Homestead interpreters will be at the Bushwakker for a special firkin tapping and preview of this refreshing commissioned brew on the 21st. They will be wearing period dress, and will briefly describe the big Motherwell Threshing Day/SUTS Grand Event.  You will have the opportunity to have an advance preview of the special beer before it is officially unveiled next weekend. 5:30 PM. Aug. 22: Riders vs. Stampeders. Be sure to stop by The Bushwakker before, during, or after the game and enjoy our Stampeder Burger & a Pint feature for only $16.95. Think of it as “devouring” the competition. Kick-off is at 5:00 PM. Aug. 24: Monday Night Jazz & Blues. Shane & Ethan Reoch. Regina’s friendliest bluesman is now joined by his son. They may be joined by a rhythm section too. Just keeps getting better & better! 8:00 PM. Aug. 26: Wednesday Night Folk Special Event/2015 ALES Open “Best of Show” Launch. Every April, the Ale & Lager Enthusiasts of Saskatchewan home brewing club host a national brewing competition at the Bushwakker. In 2015, over 600 entries were received from as far away as St. John’s to Victoria to Whitehorse. This year’s “Best of Show” winner hails from Regina. Under the watchful eye of her father, Carly Falkenstein brewed an amazing IPA called Butcher’s Daughter American IPA which beat out every other beer in the entire competition. Her prize included the opportunity to brew her award-winning beer in the Bushwakker brewery with head brewer, Mitch Dalrymple. Carly also happens to be a talented folk singer and guitarist. If you thought top notch brewsters can’t possess top notch pipes, think again. Come on down and treat your eyes and taste buds to some genuine Regina talent! Carly will officially unveil her IPA by pouring the first pint at 9:00 PM right before she goes on stage. Bottles will go on sale at 11:00 AM. Carly will also share the stage with another young Regina artist, Taylor Dyke. Aug. 29: Bushwakker Motherwell Red Fife Witbier Official Launch. The Bushwakker is a proud partner of Parks Canada this summer and has brewed a Motherwell Homestead commemorative brew which will be officially unveiled at the Symphony under the Sky at Motherwell 2015. Motherwell Red Fife Witbier, a Belgian style of wheat beer, utilizes the historic Red Fife wheat in its production. This special easy-drinking wheat beer is the perfect summer quencher.  Motherwell Homestead National Historic Site is located an hour NE of Regina.  Enjoy a jam packed day of activities including threshing demonstrations, the Field to Fork Festival and kids activities during our "Cultivate Victory" world war commemorations. The highlight of the afternoon will be the performance of the Regina Symphony Orchestra’s Symphony under the Sky! Bring your lawn chairs and blankets and enjoy a symphonic concert at the homestead. Event goes ahead rain or shine so come prepared.  Tickets are available at the Bushwakker. $10 each or $35 for a family. Enjoy a great family day of historic music at a historic site drinking a historic brew! (This event is allowed to sell beverage alcohol under an SLGA special occasion license and only beverage alcohol sold on the premises may be consumed on the premises.) Aug. 31: Monday Night Jazz & Blues. Brian Baggett. A master of the 10-string Chapman Stick. Such full sound from one man playing one instrument! 8:00 PM. 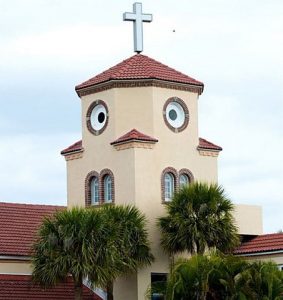 The Rise And Fall (And Rise Again) Of America’s Breweries

Salvatore Colleluori July 7, 2015  (Excerpts from the full article) When you head to the local bar and scan the tap handles, you’ll often see a myriad of choices for consumption that generally fall into two main categories — “macro” beer (think Budweiser, Coors, Miller) or “craft” beer (think basically everything else). No matter what style you choose, consider yourself lucky that you even have a choice, as for most of U.S. history beer choices weren’t nearly as diverse. The history of brewing in America has been subject to many types of ebb and flow, from the obvious such as Prohibition, to the less obvious but equally significant advent of refrigeration, which forever changed the way breweries operated in America. While some may disagree, beer is a temperamental beverage. Unlike spirits, which are rather shelf-stable, and wine, which can handle prolonged storage, beer should be served as fresh as possible. This was both a blessing and a curse during what I consider to be America’s darkest period, Prohibition. According to the Brewer’s Association, America’s breweries peaked in 1871, when the United States claimed a respectable 4,131 breweries in operation (compare that to 3,418 in 2014). However, unlike today’s breweries, which have access to refrigerated train cars and shipping containers, transporting beer was much harder before the advent of refrigeration and pasteurization. This ultimately meant that most beer stayed where it was brewed, to ultimately be consumed locally. In Brooklyn alone there were 45 breweries, and in a feat probably never to be repeated (unless some especially industrious hipsters really get after it), 11 breweries once sat on a 12-block stretch in the Williamsburg neighborhood. As refrigerated train cars began to take hold, numerous breweries began to be gobbled up by larger, so-called “shipping breweries.” As these larger brewers began the mass-market consolidation of smaller breweries, Prohibition nearly decimated the industry entirely. Craft brewing pioneers such as Fritz Maytag, who purchased Anchor Brewing Company in 1965 and brewed “unique beers during a time when all of America’s unique beers and breweries were disappearing,” and the New Albion Brewing Company in Sonoma, California, (which went out of business after six years but nonetheless inspired “hundreds of homebrewers” to go pro in the 1980s), were greatly aided by another man, Charlie Papazian. Papazian, a homebrewing legend, founded the Association of Brewers and the Great American Beer Festival, and also wrote the seminal book on homebrewing, The Complete Joy of Home Brewing. Papazian is also said to have influenced the pioneers of today’s craft brewing industry, such as Sam Calagione of Dogfish Head, Ken Grossman of Sierra Nevada, and Jim Koch of Sam Adams. ED. Note: 1. Charlie also influenced your Bushwakker. We have on tap at the Bushwakker at the moment an excellent example of a Maibock. (pronounced my bok.) The first Maibock that I ever tried was with Charlie. We drove up to visit the Lakefront microbrewery from a meeting of craft brewer’s in Milwaukee near the time that the Bushwakker was opened.  Note 2. Your Saskatchewan Liquor and Gaming Authority is building a large warehouse at the Global Transportation Hub without any planned refrigeration.  Scores from our recent Stout Tasting Even.  (Bushwakker’s Pickard’s Oatmeal Stout was not available at the time.) 1. Elysian Split Shot Espresso Milk Stout – 41.47 2. Rebellion Bourbon Barrel Export Stout – 37.78 3. Mikkeller Beer Geek Breakfast – 37.74 4. Mikkeller Beek Weak Brunch Weasel – 37.47 5. Cannery Maple Stout – 36.52 6. Widmer Bros Raspberry Russian Imperial Stout – 35.59 7. Elysian Dragonstooth Stout – 35.56 8. Ninkasi Vanilla Oatis – 35.39 9. Porterhouse Oyster Stout – 31.57 10. Nickel Brook Winey Bastard – 31.03 11. Mikkeller Mexas Ranger – 27.28 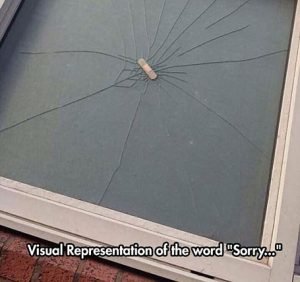 How does Moses make his tea? Hebrews it. Venison for dinner again? Oh deer! A cartoonist was found dead in his home. Details are sketchy. I used to be a banker, but then I lost interest. Haunted French pancakes give me the crepes. England has no kidney bank, but it does have a Liverpool . I tried to catch some fog, but I mist. They told me I had type-A blood, but it was a Type-O. I changed my iPod's name to Titanic. It's syncing now. Jokes about German sausages are the wurst. I know a guy who's addicted to brake fluid, but he says he can stop any time. I stayed up all night to see where the sun went, and then it dawned on me. This girl said she recognized me from the vegetarian club, but I'd never met herbivore. When chemists die, apparently they barium. I'm reading a book about anti-gravity. I just can't put it down. I did a theatrical performance about puns. It was a play on words. I didn't like my beard at first. Then it grew on me. Did you hear about the cross-eyed teacher who lost her job because she couldn't control her pupils? When you get a bladder infection you know urine trouble. Broken pencils are pretty much pointless. What do you call a dinosaur with an extensive vocabulary? A thesaurus. I dropped out of the Communism class because of lousy Marx. All the toilets in New York 's police stations have been stolen. As of now, it appears the police have nothing to go on. I got a job at a bakery because I kneaded the dough.