Our July premium wines are from Australia. The red is The Forbidden Red from the Urban Myth Winery; $8.50 for a glass and $24.95 for a half litre. The white is McGuigan Black Label Moscato, $6.50 for a glass and $19.95 for a half litre. Our guest draught tap is currently pouring the Stiegl Radler Grapefruit Lager from Austria. $8.95 for a pint and $6.95 for a half pint. Served in its own branded glass. Next up is the Saugatuck Serrano Pepper Ale from Douglas, Michigan. The current beer in our single hop series beer is hopped with Zythos, a HopUnion (a hop provider) proprietary blend, but the same blend is used at all stages of the brewing process; lots of tropical, citric flavors and aromas.

July 26: Sunday Rider Home Game vs. Hamilton Ti-Cats. It's not very often that The Bushwakker is open on a Sunday but for the second time this month, those popular Sunday Home Rider games make us the place to be before, during or after the big game. Enjoy our Tabby Burger & a Pintfeature for only $16.95. We’re open at 11:00 AM and kick off is at 5:00 PM. July 27: Monday Night Jazz & Blues. Billy & Karen. Talented veteran blues and folk duo returns after a long Bushwakker hiatus. 8:00 PM. July 29: Wednesday Night Folk. Jake Ian. Alberta's country road troubadour plays a ragged combo of folk, blues and country. Encore performance. 9:00 PM. July 31: August Long Weekend Keg Event. Receive free ice, cups, coasters and the loan of a keg chiller tub with the purchase of any one of our four sizes of kegs this summer long weekend. Perfect for any size gathering large or small. 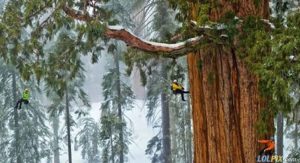 A traditional distributor cashes in on craft beer

June 20, 2015   Cory Schouten The explosion of craft beer is one of the most exciting changes Phil Terry has encountered in his 24-year career with Monarch Beverage Co. Terry, 64, chatted with IBJ recently about the impact of craft beer on the beer-and-wine distributor he leads, which employs 650 people. IBJ: It’s 4:30 p.m., and we’re talking about craft beer. What is this craft beer craze—this latest one at least—doing to your business? TERRY: It’s changing it in a lot of ways, most of it for the good. In our craft business over the last five years, we’re up 55 percent in cases we sell. In 2010, our craft beer sales were 1.2 million cases. Last year, they were just under 2 million. IBJ: What about revenue? TERRY: In terms of revenue on craft beer, we’re up 75 percent. There are some tradeoffs. People aren’t necessarily drinking more; they’re drinking differently. On premium light beers, we’re off about 6 percent. IBJ: What’s your total revenue for beer? TERRY: $275 million IBJ: What portion of your total revenue is from craft beer? TERRY: It’s about 13 percent. IBJ: What about bottom-line impact? And is distributing local craft brews more profitable than distributing macro brews? TERRY: Per case, we’re making more on craft beer than we would on a box of Miller Lite or Coors Light. But the volume on Miller and Coors is very big. IBJ: Is craft more popular in Indianapolis versus the rest of the state? TERRY: I bet we sell three times as much craft in Indianapolis per capita than we do, for example, in southern Indiana. Indianapolis is a very good craft market. The other good ones are Bloomington and Lafayette. IBJ: You distribute a bunch of craft beers—big national ones like New Belgium and Bell’s, to locals including Triton, Flat 12 and Oaken Barrel. How do you build the lineup and why should these breweries partner with you? TERRY: The argument we make for them is, we have the investment in people and trucks and buildings they might not be able to get on their own. A craft brewery can do a very good job hitting craft-centric bars and liquor stores. But if you want to get to a smaller town in southern Indiana or penetrate the grocery market, we think we have a story to tell on how to add value. Indiana craft brewers don’t have to use wholesalers. In 2010, we sold 91,000 cases of Indiana beer. Last year, we sold 320,000 cases. IBJ: Are there any downsides? TERRY: It makes the operation more complex. If most of what you’re selling is Bud, Miller and Coors, you don’t have as many packages or deals with as many suppliers. Our number of [stock keeping units] has increased about 90 percent on crafts in the last five years, to about 2,000. IBJ: Did you get your facility size about right? Would you do it differently today? TERRY: By dumb luck, moving here six years ago and putting in the automated system we did, adding more SKUs is not really a problem. We just add more slots in the machine. IBJ: Boston Beer Co. CEO Jim Koch says craft beer is still in its infancy. Do you agree? TERRY: Unlike Jim Koch, my crystal ball is cloudy. I just know the trend is that this is growing. Compare Indianapolis to a market where crafts are much bigger, like Portland, which has a 30-percent share of craft beer. We’re 6 percent. There’s a lot of room for growth. IBJ: What’s your favorite incumbent beer, and what’s your favorite newcomer? TERRY: That’s kind of like asking a parent, “Who’s your favorite child?” They’re all great.• Ed. Note: There are many similarities here to Saskatchewan. The craft market is starting to grow. It’s stronger in urban areas. But it probably has a few years to go to reach 6%. We finally got a chance to visit the new liquor store operated by Sobey’s. It’s certainly much better than any SLGA store but we hope for much better selection in the future. The liquor stores where we normally buy beer (not in SK.) have at least four times the general beer selection and when it comes to Belgian beers, ten times.

5 Rabbit pulls beer from Trump Hotel bar, will sell at 32 others

By Josh Noel Chicago Tribune 5 Rabbit renames a beer with insult directed at Donald Trump. Donald Trump had a harshly critical message for Mexican immigrants while announcing his bid for the presidency two weeks ago, and now 5 Rabbit Cerveceria has one for Trump. The Bedford Park brewery said it is pulling out from a beer partnership with the Trump Hotel Chicago’s mezzanine-level bar, Rebar after the sentiment Trump expressed during his June 16 speech: “(Mexico is) sending people that have lots of problems, and they're bringing those problems with us. They're bringing drugs. They're bringing crime. They're rapists. And some, I assume, are good people.” 5 Rabbit founder Andres Araya said the brewery made an easy drinking golden ale for Rebar that was to be available exclusively at the Trump building throughout summer. It has been on tap for at least a month, he said. However, 5 Rabbit will redirect the approximately 50 remaining kegs to various Chicago bars. Araya said the beers will not be formally named, though "(Expletive) tu Madre" is acceptable, as is "(Expletive) tu Pelo," which translates to "(Expletive) Your Hair." A Trump reference? Seems a safe bet. "We shouldn’t be having this conversation," Araya said. "We shouldn’t have to be proving a point." “Many of the comments he’s made recently really strike a chord directly at us as Latin American immigrants, and it’s just something you can’t let slide,” said Araya, a native of Costa Rica. “Everyone’s entitled to their opinion, but that doesn’t mean we need to do business with people who have that point of view. It goes against everything we represent as business owners.” Araya said many bars were interested in carrying the beer as a sign of solidarity with the decision. The beer will be on tap at Fischman Liquors and Tavern, Kuma’s Corner, Standard Market Grill, Riverview Tavern, The Bar on Buena and The Green Lady among others, Araya said.

1. A bicycle can't stand alone because it is two-tired. 2. What's the definition of a will? (It's a dead giveaway). 3. Time flies like an arrow. Fruit flies like a banana. 4. A backward poet writes inverse. 5. In democracy it's your vote that counts; In feudalism it's your count that votes. 7. A chicken crossing the road is poultry in motion. 8. If you don't pay your exorcist you get repossessed. 10. Show me a piano falling down a mine shaft and I'll show you A-flat minor. 11. When a clock is hungry it goes back four seconds. 12. The man who fell into an upholstery machine is fully recovered. 14. You feel stuck with your debt if you can't budge it. 15. Local Area Network in Australia: the LAN down under. 16. He often broke into song because he couldn't find the key. 18. A lot of money is tainted. 'Taint yours and 'taint mine. 19. A boiled egg in the morning is hard to beat. 20. He had a photographic memory which was never developed. 21. A plateau is a high form of flattery. 22. The short fortune teller who escaped from prison was a small medium at large. 23. Those who get too big for their britches will be exposed in the end. 24. When you've seen one shopping center you've seen a mall. 25. Those who jump off a Paris bridge are in Seine. 27. Bakers trade bread recipes on a knead to know basis. 29. Acupuncture is a jab well done. 30. Marathon runners with bad footwear suffer the agony of defeat. A man calls home to his wife and says, "Honey I have been asked to go fishing at a big lake up in Canada with my boss and several of his friends. We'll be gone for a week. This is a good opportunity for me to get that promotion I've been wanting so would you please pack me enough clothes for a week and set out my rod and tackle box. We're leaving from the office and I will swing by the house to pick my things up. Oh! Please pack my new blue silk pajamas." The wife thinks this sounds a little fishy but being a good wife she does exactly what her husband asked. The following weekend he comes home a little tired but otherwise looking good. The wife welcomes him home and asks if he caught many fish? He says, "Yes! Lot's of Walleye, some Bluegill, and a few Pike. But why didn't you pack my new blue silk pajamas like I asked you to do?" "I did, they're in your tackle box."